98 views
Table Of Contents hide
1 So How Are Dalmatians Like?
2 Check Out These Ten Intriguing Facts About Dalmatians Before Buying Them!
2.1 Born Without Spots
2.2 Spots Are Unique
2.3 Prone to Deafness
2.4 Always Need a Company
2.5 Need to Exercise Daily
2.6 Known as a Firehouse Dog
2.7 Shed a Lot
2.8 Act as a Mascot for Budweiser Clydesdale
2.9 They Bred to Guard and Run with Horses
2.10 Referred by Different Names
2.11 Health and Related Factors
2.11.1 1. Deafness
2.11.2 2. Hip Dysplasia
2.11.3 3. Hyperuricemia
3 The Current Scenario

Are you planning to buy a dog for the first time but unsure of what breed to get? Well, we’ve got you covered. Suppose you want a dog whose agility, energy, and charming personality keep you going throughout the day. In that case, a dalmatian is the right choice for you. on top of that, they’re super readily available! Buy a dalmatian puppy for your home now. But before reaching a decision, allow us to introduce you to the world of dalmatians.

Dalmatians are purebreds that came around the 12th century and traced their origin to present-day Croatia. This breed is characterized by black or brown spots on a white coat that appear within the first ten days of birth. Interestingly enough, the color of their nose is the same as that of their spots! Next time you want to check a dalmatian’s exact color, you should check their nose. If you want to get more details about corgi dalmatian mix then you can check out at Petblogish.

These dogs are strong; well build, and have muscular bodies, which explains their past roles as carriage dogs, firehouse dogs, and circus dogs, among others. These dogs are now suitable for family life, carrying over this impressive resume, displaying extensive loyalty towards their family and owner. 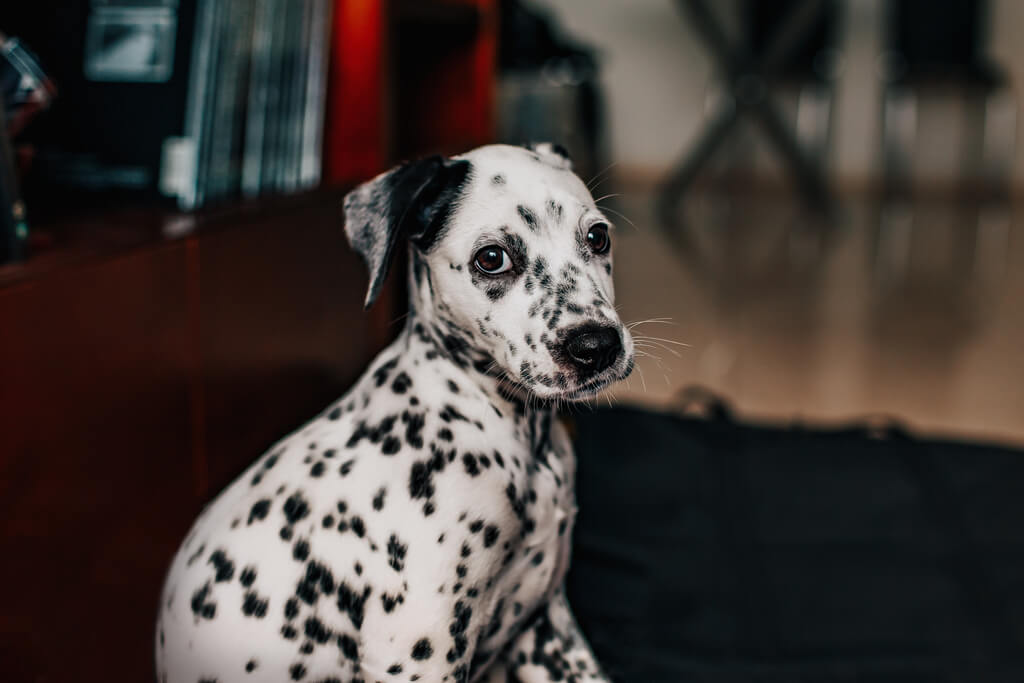 This medium-sized dog can stand as high as 56- 61 cm with round toes, thin hair, and short, fine coats. Comparative to the expected opinions, dalmatians shed a lot of furs and do well with families that always keep them moving and all vacuumed up. They’re very playful and funny when placed in familiar and comfortable situations and like to spend time around their humans when exhausted.

Not only that, Dalmatians were first bought into mainstream media through the 1956 novel 101 dalmatians and later by two Disney movies. The Disney live-action show “101 dalmatians” also had a massive role in establishing this breed’s popularity.

While dalmatians’ breeding and adoption rates increased, many of them were quickly abandoned due to the lack of research and awareness about their needs and requirements.

As a result, dalmatian care shelters opened up in various places to look after the abandoned dogs and provide them with new, responsible homes.

Therefore, it is equally important to research well and be aware of any breed’s health and physical requirements before making them a part of your family to ensure a comfortable and loving space for both you and your pup.

Check Out These Ten Intriguing Facts About Dalmatians Before Buying Them!

When Dalmatian pups are born, they are completely spotless. Instead, their coats are entirely white and develop spots after three to four weeks. Most Dalmatian pups will have most of their spots by four weeks of age, although new spots may appear throughout their lifetimes. Here you can also read about what to do when taking care of a new puppy. 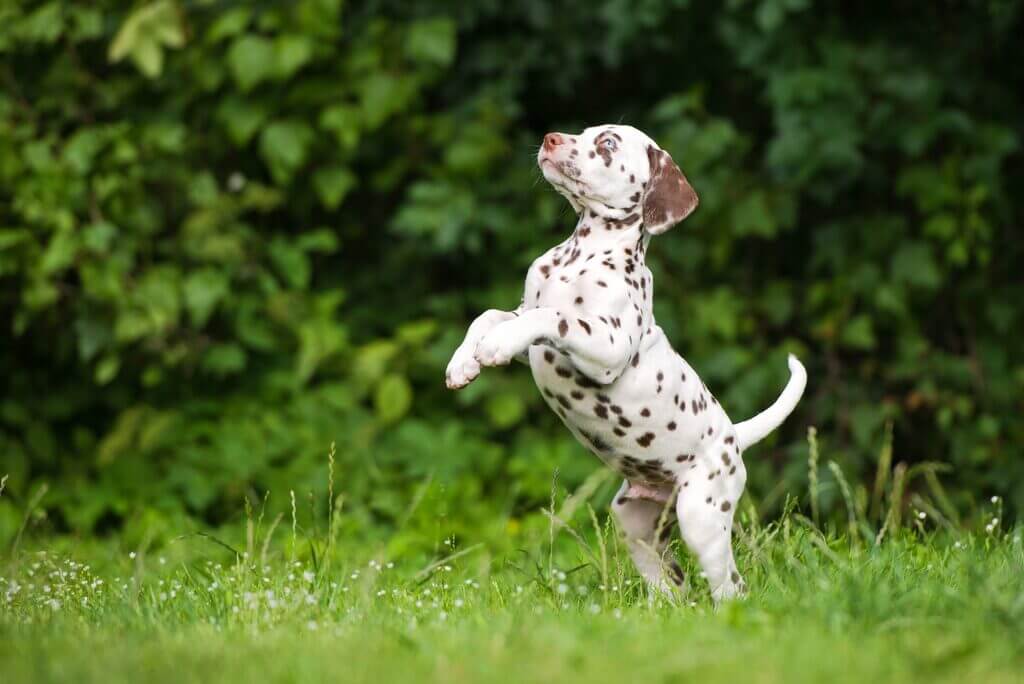 Dalmatians have their distinct spots, and there are no two Dalmatians with the same pattern or amount of spots. The piebald pattern of this breed is well-known (spotted color on white). Dalmatians typically feature black or liver-colored spots everywhere over their bodies, including their mouths, lips and are unique to them. Sometimes these spots can also be brindle, blue, orange, or lemon.

Unfortunately, around 30% of Dalmatians suffer from deafness, including both complete and partial hearing loss. The deafness is thought to be caused by the genes that give Dals their coat. The same gene that creates the spots is also linked to hearing difficulties. A lack of melanin-producing cells in the ears is also responsible for the greater vulnerability to deafness.

Dalmatians are gregarious dogs who dislike being left alone for long periods. They thrive in a home where there is someone present most of the time because they are prone to separation anxiety. While they are charming dogs, they are best suited to families with older children.

If you’re thinking about getting a Dalmatian puppy, consider getting them some company. They will get along well with older dogs; however, keep in mind that you will still need to teach and socialize them with other dogs. Dalmatian pups can develop into wonderful dogs, but they need a lot of exercise, training, and socialization.

A Dalmatian is a very active breed with a lot of energy and enjoys being on the run all the time. They genuinely require at least two hours of exercise per day, as well as the opportunity to run off-leash in a safe environment. As a result, you must ensure that you have kept their brains mentally occupied by allocating them plenty of playtimes.

Known as a Firehouse Dog

Dalmatians are well-known for becoming firefighting dogs. This is because dalmatians were once used as coaching dogs for horse-drawn fire engines. When the fire engine was motorized, the Dalmatians became a mascot for firefighters, so these dogs are often referred to as firehouse dogs. However, Dalmatians are still used as mascots by numerous fire departments.

Yes, you heard it right, dalmatians shed a lot! They shed all year. However, the majority of their fur is shed in the spring and autumn. This implies they may not be the perfect breed for you if you are an extremely cleanliness freak or suffer from allergies.

Act as a Mascot for Budweiser Clydesdale

The Dalmatians have been a mascot and companion to the Budweiser Clydesdale team since 1950. Traditionally, the dogs would protect the team and watch the wagon while the driver went inside to make deliveries. The Dals sit on the wagon next to the driver while the team delivers.

They Bred to Guard and Run with Horses 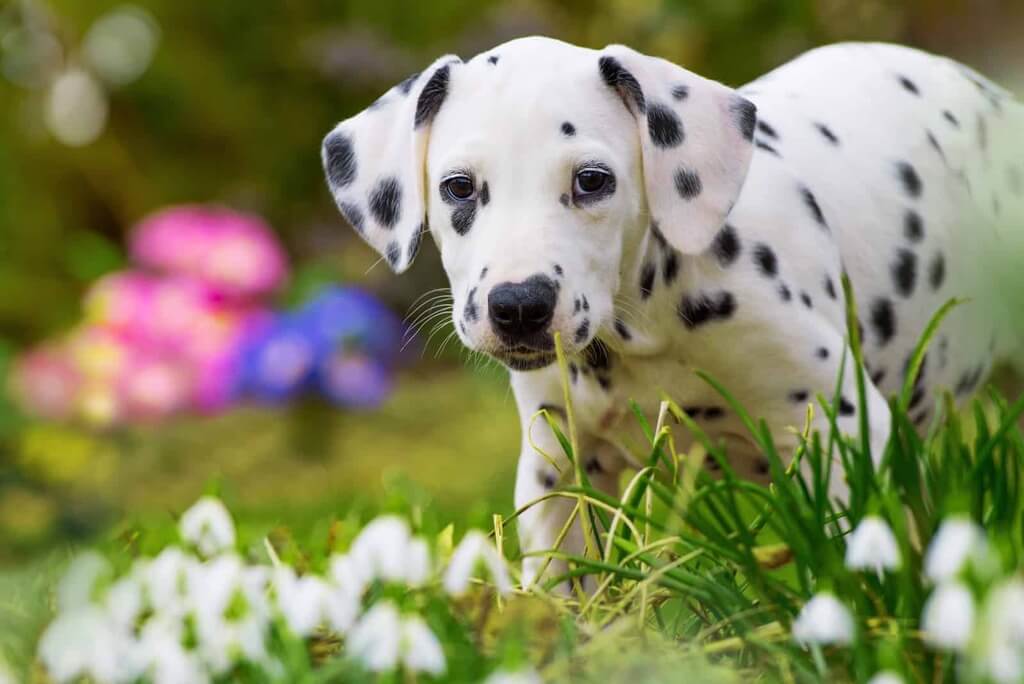 Dalmatians have one of the most recognizable coats globally, as seen in films such as 101 Dalmatians. Because the dogs get along so well with horses, they are great for running alongside carriages. The helpful Dals kept stray dogs at bay, guarded the coach at stops, and, most significantly, kept the horses calm. And, like many guardian dogs, it possesses intelligence, fidelity, and affection. However, it is our obligation as trainers to help them fulfill their full potential, which begins at an early age.

A variety knows this breed of names. A fun fact about the Dalmatian dog breed is that it has numerous nicknames. Some called it a “firehouse dog.” Helping the horse carriages move through the crowd has earned them nicknames such as ‘Carriage dogs’ and ‘Spotted coach dog.’ They do, however, have other names besides these. Many people refer to this breed as the ‘Plum Pudding Dog’ as it reminded locals of their customary spotted desert.

On a related note, dalmatians are also prone to some health issues that need to be understood and addressed on time to avoid any inconvenience or aggravation. Some of these include:

Deafness is among one of the most common albeit serious health problems found in dalmatians. Due to a lack of diagnosis in the past, this breed has been considered unintelligent because of its unilateral hearing. Later on, diagnosis revealed the full extent of the problem that still affects many dalmatians throughout the country.

Around 5% of purebred dalmatians suffer from fatigue, heavy limping, pain, and trouble sitting and standing. This disease affects both sides of the hips in some cases or the extremes in most, leading to a highly altered and painful walk.

Some brown dalmatians suffer from hyperuricemia, making it difficult for their bodies to break out the uric acid and cause inflammatory arthritis. Kidney stones and bladder stones can also occur due to excessive concentration of uric acid in the urine. However, this risk can be carefully mitigated by providing good nutrition and low-purine foods.

Apart from these, many other health issues might affect your dalmatian, so make sure to get your doggo checked regularly to decrease any risk of harm and ill-being.

One of the most significant steps taken for the well-being of dalmatians in the formation of the dalmatian heritage society. Formed in 2005, this society aims to healthy breed dalmatian dogs to include normal urinary functions, sound hearing, friendliness, and easy adaptation to new situations.

Lastly, we’d like to pitch in that buying a dalmatian puppy could easily be one of the best decisions that you’ll make this year. These friendly, playful, joyous, energetic, and charming beings will surely light up your day and life with their goofy actions and infectious vibe.

Not only will they be your companion for an extended period, but they’ll also make sure to stick by you through thick and thin and live by their name as “watchdogs” of their family, owner, and surroundings. Most importantly, make sure to get your little pupper acquainted with everyone, as these dainty creatures are somewhat timid and take time to adapt to new surroundings. Once they do, they’re the most fun and lively dogs to be around.

“He holds the distinction of being the world’s only true coach dog, substantiated by the early engravings and drawings depicting the spotted dogs accompanying Egyptian chariots.”

So, what are you waiting for? Buy dalmatian puppies now!