Pet is something everyone wants in life and the fact cannot deny that pets can be your best companion ever. They are the ones who would never ever betray you in any conditions. Having a pet is definitely a matter of happiness. This is for sure everyone wants to get some happiness in their life. Dogs are the most reliable pets that one can have as they stay most loyal towards their owner or family. Here in this article, you will get all information about the Rhodesian ridgeback puppy.

If you go to the market you would get a large variety of dogs; which you can have in your home as a pet. But the choice of dogs differs from person to person. There are mainly two kinds of dog category one is the toy dog which you can classify by their small as well as cute body. Another is the guard dog which is a generally large fearless dog that stays too alert all the time. If you are the one who wants to have a guard dog then a Rhodesian ridgeback puppy can be a good option for you.

These dogs have their origins in the southern region of Africa and are famous as hunting dogs as well. Fortunately, they can domesticate and train as well so you can too have one in your home; one puppy of Rhodesian ridgeback puppy will cost you around 700 to 2000 dollars. But before you have one here is some information that would be helpful for you. This information will help you to take better care of them and to train them in a better way: 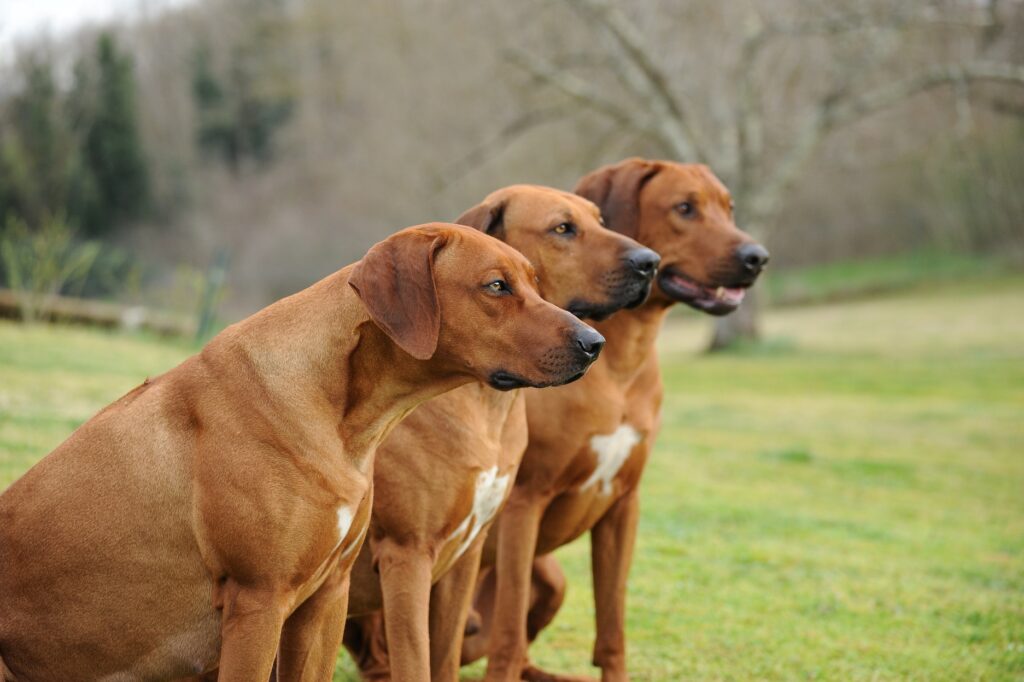 These beasts are so strong that fighting with a lion won’t even fear them and their strength shows in their muscular yet slim body which seems perfect. Once you would bring a puppy he would survive for almost 10 to 12 years which is its maximum lifespan.

They, however, do not look adorable at all though they are never supposed to look adorable rather they look aggressive which matches their personality a lot. They have a long body that can grow up to 61 to 66 and 63 to 69 cm long for females and males respectively.

The average body weight of a female dog breed is about 29 to 34 kg whereas a male dog can have a body weight of up to 36 to 41 kg. They are definitely not lightweight so not everyone can handle these beasts. They have short flat furs which are most reddish to whitish in color and they have thing long tale as well as a pair of ears which is slightly tilting towards their face. The long two pairs of legs definitely help them a lot in hunting as well as in running. Their nose, as well as ear section, is usually quite darker than their entire body. 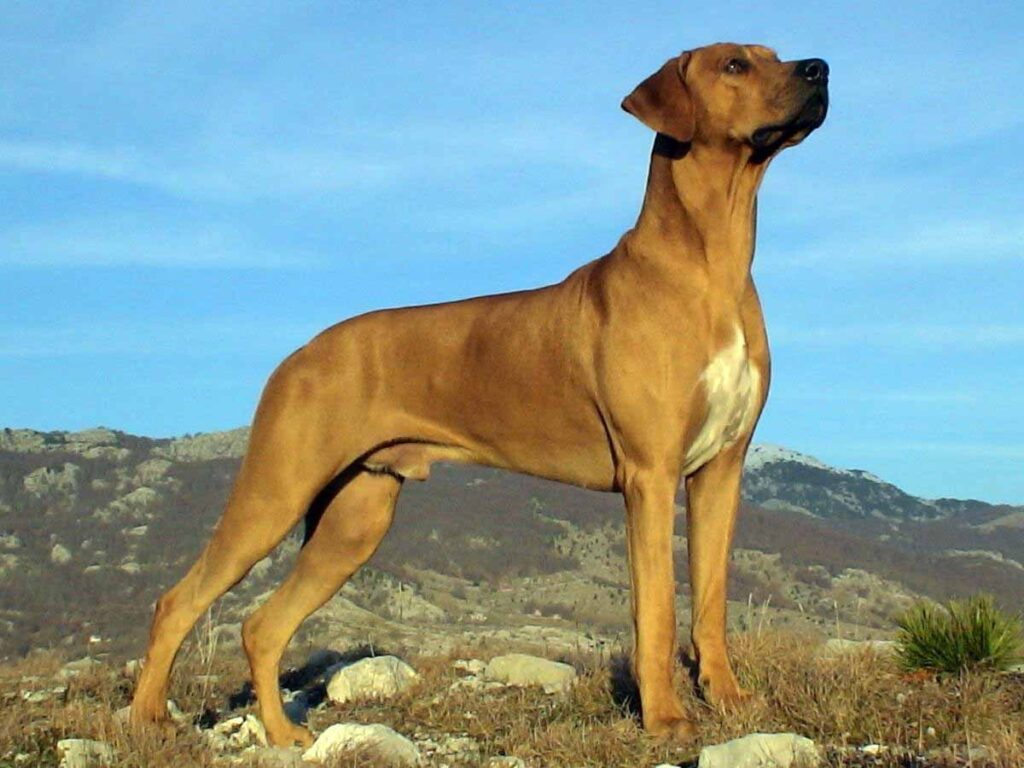 It is because of their fearless nature that they are also called African lion hounds. They are such kinds of dogs which doesn’t need much attention from your rather they can stay alone. They are habituated to maintaining themselves on their own. These dogs breed need time to get socialized with new people. So there are chances that they may misbehave at some point if they find any person suspicious. Fortunately, they don’t bark a lot so at the quiet times they won’t disturb you a lot and unlike other naughty dogs, they won’t dig a lot.

They are obedient as well as loyal towards their master and often do not take any step before they are been ordered. They are gentle but extremely sensitive at the same time so misbehaving with them might prove to be dangerous. If you have a small apartment then they might not adjust to your home because they need some space to stay freely.

They are quite active unlike the big lazy hounds so can be a bit dangerous. Training them is easy as they are obedient and generally would obey all your instructions.

Health Complications as Well as Care: 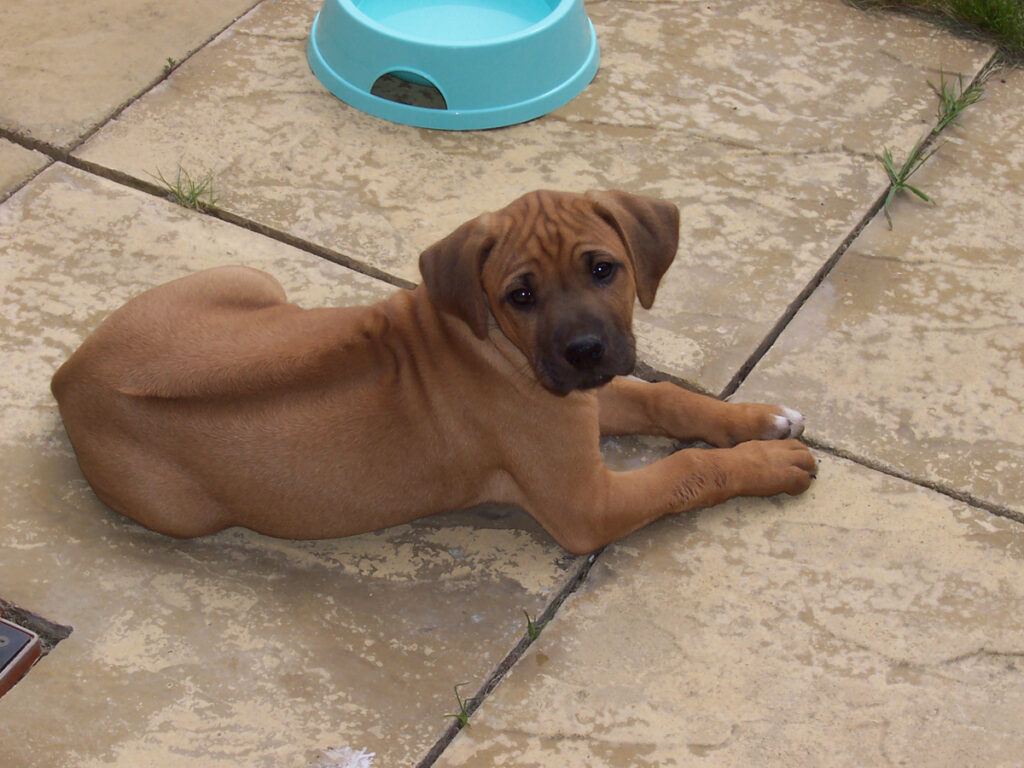 This dog breed is generally a healthy breed and does not suffer a lot though just like other dog breeds they tend to have small health issues such as canine hip dysplasia, hip dysplasia as well as hypothyroidism, and deafness is also common in them though the situation is temporary. They are a low-maintenance dog breed that does not need a lot to be done for them. You just have to clean them occasionally and they are good to go.

These were little information about Rhodesian ridgeback puppy which you should keep in mind before adopting one as your pet.