What to Do When Parrot Lays an Egg

1,067 views
Table Of Contents hide
1 The Egg-laying
2 The Ramifications
3 Egg Binding
4 But what if…
5 So What Now?
6 The Journey Ends

Finding an egg can be pretty surprising to many parrot owners, especially if their pet didn’t have any access to any parrots of the opposite sex. Depending on the circumstances, there are several ways this situation can develop. Nonetheless, you shouldn’t panic. No matter what exactly happened, there are ways of dealing with it. This article will attempt to mitigate the initial shock. Let’s see what to do when parrot lays an egg.

Although it might be the first time you encounter this surprising offering, it might not be the last. According to Pet Place, the frequency of egg-laying depends on several factors: 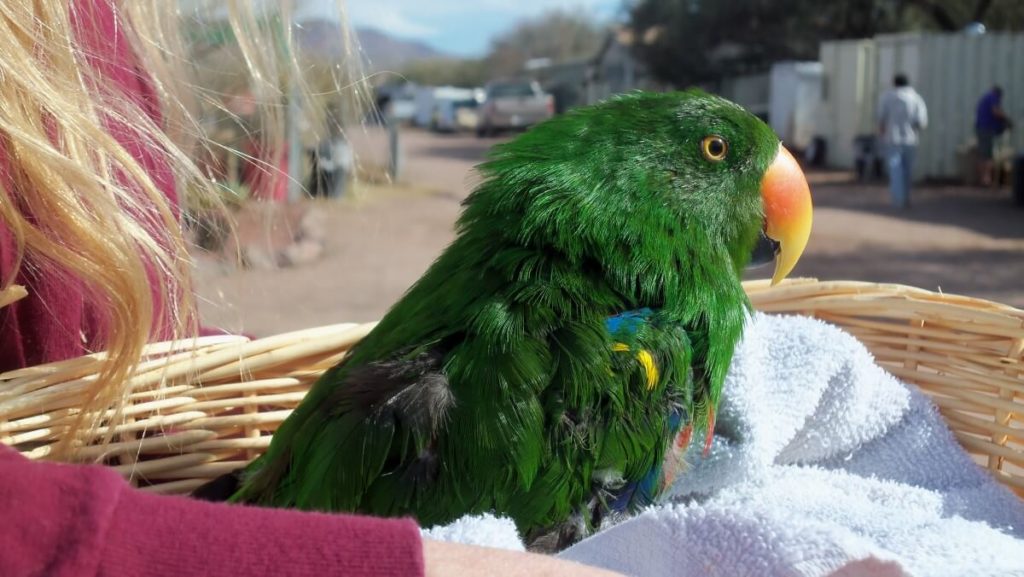 Also Read: Things To Do If You Find Your Bird Laying Egg

Okay, so somehow your female parrot has magically produced an egg. What now? Well, it depends. If there wasn’t any male parrot involved in this entire affair, then the egg is not fertile. You have a single bird? Or if you have multiple birds of the same sex, of which you are absolutely certain, then you won’t have a chance to meet its offspring. If you want to make sure, without cracking the egg open, you can put a light behind an egg, which will allow you to see the contents.

If the parrot fails to lay an egg for too long, the results may be disastrous. The egg may get stuck inside the bird. If you have noticed that your bird has difficulty breathing, has its bones broken without any visible cause, or spends much time sitting, not doing much, then it might be the case. Although it is the most unfortunate occurrence, there are ways of dealing with it. You can try massaging the belly of your beast to help “unstuck” the egg. If it fails, it is best to contact the vet who has experience with similar cases.

Okay, but what if the eggs are fertile? Reactions to this information vary, from the true horror to the absolute delight. Keeping young birds safe and comfortable would require significant amounts of time on your side. If you don’t have much experience with birds, it’s better to abandon this charming vision.

If you still want to keep the birdies, you should start educating yourself about the “dos” and “don’ts”, by checking blogs and websites about this subject or directly contacting a vet.

But if you think that it would be best to keep the number of birds in your home at the current level, then you are probably right. Once you are confident that the eggs are fertile, you should replace them with a fake egg. If you have nothing that resembles an egg, you can alternatively freeze or boil it, and then return it to its previous place.

It may sound cruel, but the bird won’t initially know the difference. With time it will most likely understand that, for some reason, those eggs won’t produce living birds and will lose interest in them. After 2 or 3 weeks of this ploy, you can remove the eggs – not all at once, but rather one per day until they all disappear. 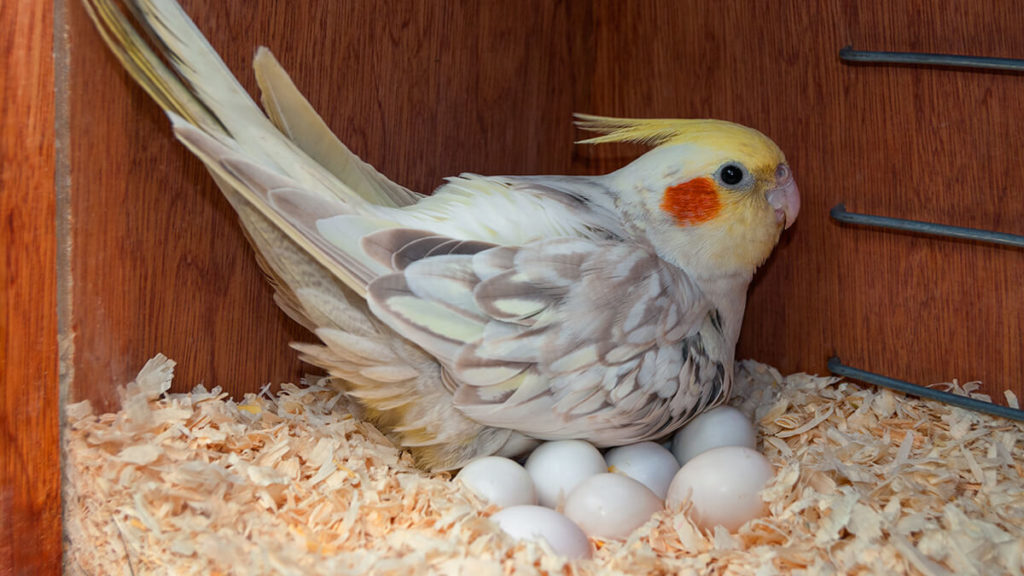 After you accept a shocking revelation that your George might not actually be a male, there comes a time for the investigation, and, if the eggs are fertile, a subsequent decision. Know that checking the verdict isn’t all that complicated, but the decision might indeed be. No matter your choice, hopefully, this article will help you to understand that you shouldn’t worry about anything.