Pomeranian husky, widely known as the Pomsky is a designer dog created by mixing a Siberian husky with a pomeranian. This extremely popular breed has the cuteness of a pom combined with the majestic look of a husky. They look like small huskies with a pomeranian’s face. But we always advise getting to know a dog beyond their looks to know whether they are fit for your family; thus we’ll be taking a deeper look into the husky pomeranian mix’s personality, grooming, and exercise needs, and other aspects.

Breed Overview of the Husky and Pomeranian Mix 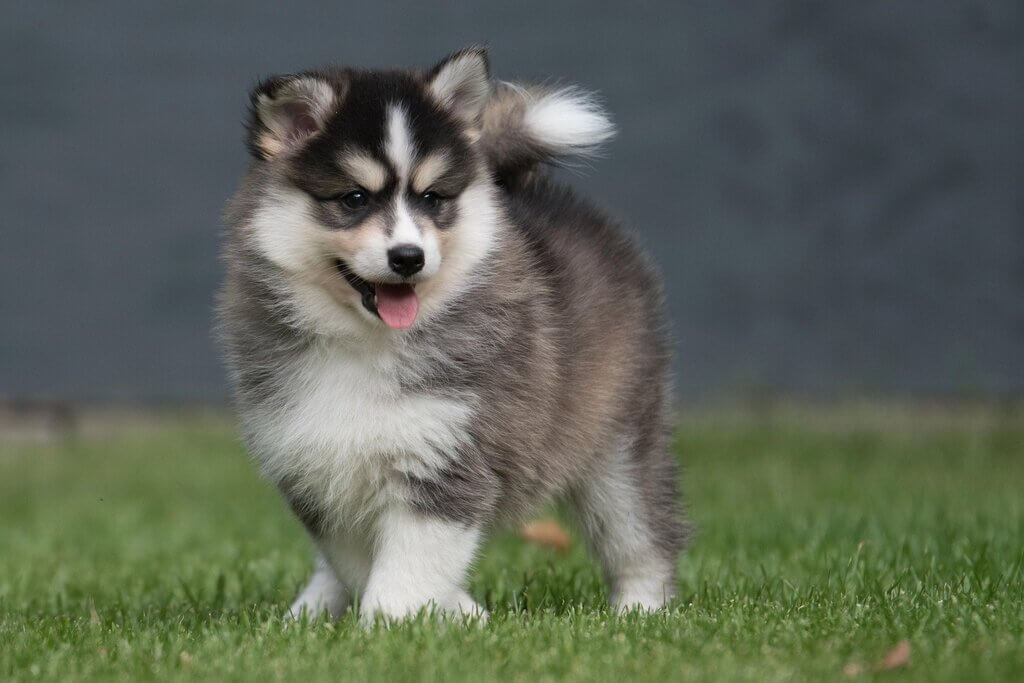 The pom husky mix is a very recently created designer breed that is found across Europe and America. They are created by artificial insemination. The pomsky is not yet recognized by the AKC as it is a new breed.

Huskies are working dogs from the regions of extreme cold in Siberia, whereas the pomeranian is a spitz-type toy dog breed from Central Europe. The Huskies are known for their strength, resilience, and stamina and the poms are known to be cute companions who love being lapdogs.

The husky pom is the best of both worlds. In the case of the husky x pomeranian, the mother is always a Siberian Husky whereas the father is always a pomeranian. The husky female is artificially inseminated as there is a major difference in the size between the two dogs which makes natural mating difficult. 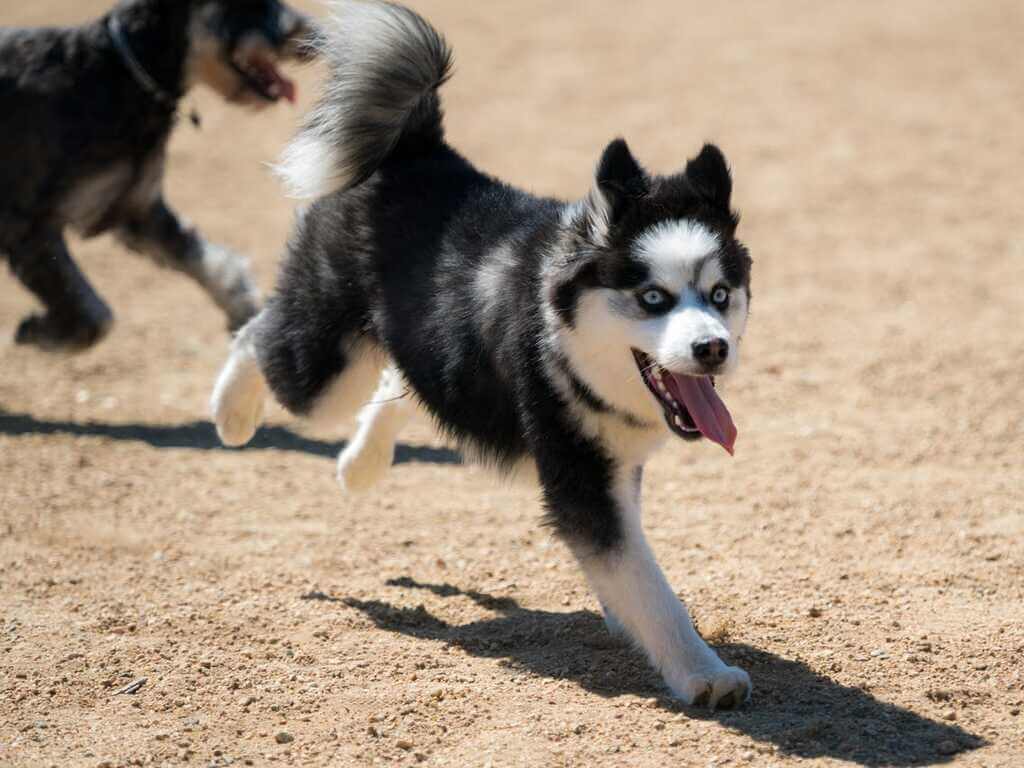 Siberian husky pomeranian mixes are energetic little balls of fur, who are friendly and will keep you smiling and entertained for the entire time you are around them. Both of their parents are loving and loyal dogs, who love their human’s attention, so be prepared for a clingy pupper.

The half-husky half-pomeranian picks up the intelligent gene from the husky side and thus picks up commands quickly which makes them easy to train. These pups respond well to positive reinforcement and reward.

They inherit the small size from the pomeranian side which makes them adorable enough to let their mistakes pass, without correction. This can lead to small dog syndrome wherein the dogs show extreme barking, growling, and aggression stemming from protectiveness. And the combination of a husky howl with the pom’s tendency to bark excessively isn’t something you’d want.

Pomeranian Huskies are adaptable to change and need moderate exercise unlike the huskies to keep them fit and happy. Their size makes them suitable for living in apartments as long as they get their daily walks.

These are vocal dogs who are prone to shedding due to the double coat. A pomeranian husky dog has one family member who they favor the most, just like the huskies but they get along with the entire family. They may get suspicious or nervous around new animals or people if not socialized well.

These dogs sometimes inherit a prey drive from their husky parents which means you need to be careful when they are around smaller animals like cats as they have the tendency to chase them.

They do well in families with children who know and respect the boundaries of a dog. Smaller children who are usually unaware of the dog’s limits may scare them or irritate them which may make the dog angry. Hence they are advisable for families with older children. Here you can also read about wolfs of game of thrones. 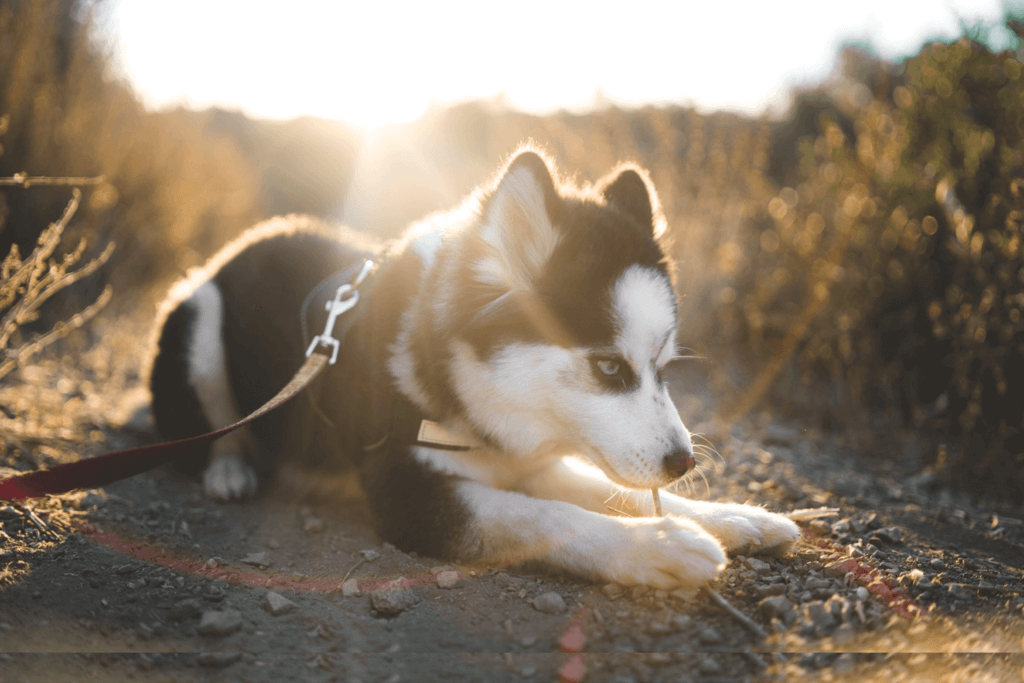 The huskeranian is a small dog with a height of 10 to 15 inches and weighing 15 to 30 pounds. The size of your puppy depends on the parents and since the parents are of two very different breeds, it’s hard to guess what exactly the puppy would turn out to be.

Commonly the Pomsky has the features of a husky and the stature of a pom but there can be exceptions. The husky and pomeranian mix looks like a small wolf and has a thick double coat with a curved fluffy tail. They may have a wide head with a short muzzle.

Their coat has a wide range of colors including fawn, black, brown, cream, gray, white, or bicolor. They may show markings of various types and look like a miniature version of a husky. You can also check this out about Kangal Dog Breed.

This breed has a fluffy double coat which can either be long or short in length. They shed a lot, twice a year during spring and fall as they blow their coats. The thick coat makes them suitable for colder climates and these dogs are not tolerant to hot temperatures.

Note: never shave a double-coated dog with the intention of cooling them down as it does more harm than good by making it harder for them to regulate their temperature by exposing their sensitive skin to harmful rays of the sun.

They do not need a lot of exercise like the huskies but they need at least 45 minutes of walk or exercise daily since they are an active and energetic breed. You can also take them for a swim if they love to.

A well-exercised dog is less prone to cause destruction. They need to stimulate both physically and mentally using puzzles, games, and interactive toys combined with exercise.

Pom husky mix is a double-coated breed that needs to comb at least thrice a week to keep their fur in the best condition and free from debris, tangles, and mat. Their coat blows out twice a year during which they need more frequent brushing using a fine-toothed comb to keep the shedding to a minimum.

Make sure to also trim the nails of your half-husky half-pomeranian regularly. Dental care along with regular cleaning of ears is a must.

During puppyhood, they must be given pup starer by splitting into three or four portions. As they grow up, two meals a day containing larger portions of adult food are advisable.

Follow the quantity guidelines on their food packet to avoid underfeeding or overfeeding your husky pom. On average your dog needs 900 calories a day. If you choose to feed your dog a home-cooked meal, consult your vet to guide you about the same. 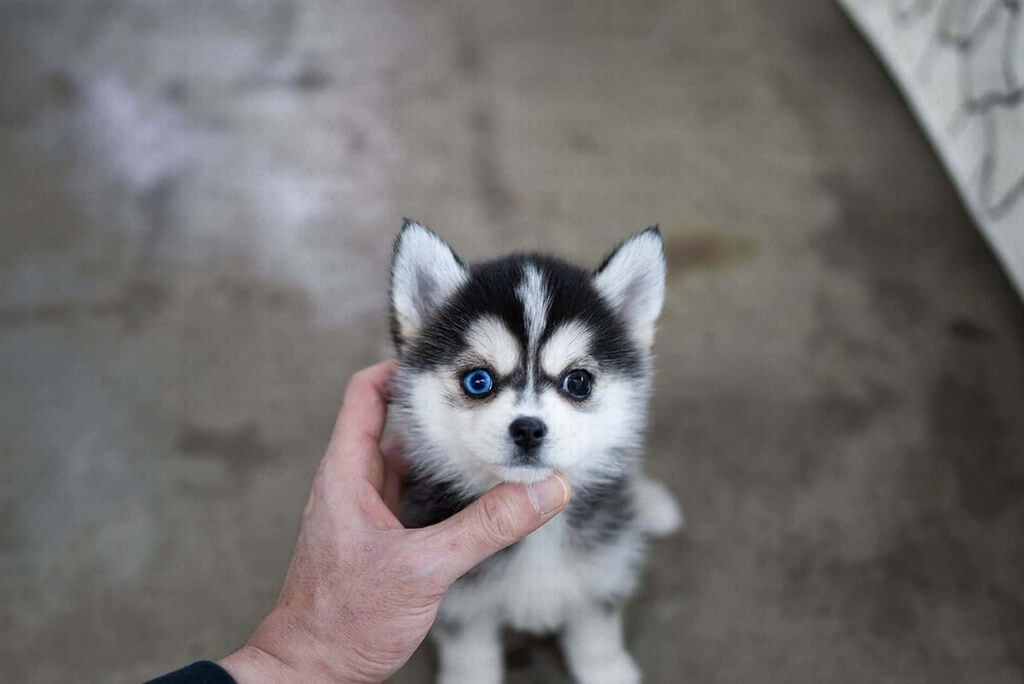 Teacup Pomsky full-grown dog is a pocket-sized version of the standard Pomsky standing tall at 10 inches and weighs between 4 to 8 pounds.

Although we always advise against getting a teacup puppy as they are mostly achieved by breeding the runts of the litter or by unethical practices like starving the dog to stunt its growth.

A well-bred teacup Pomsky can be healthy and live long but it is very difficult to ensure that they have been bred ethically. 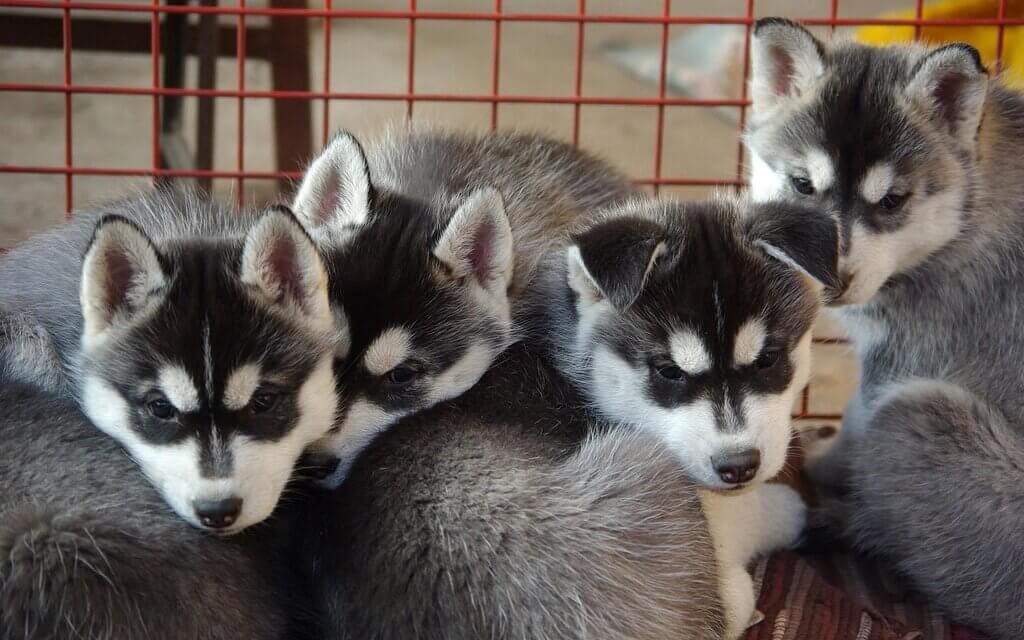 A pomeranian husky puppy is unbelievably adorable because it combines the beauty of two amazing breeds of dogs. Although you may have to pay a very high price due to the husky pomeranian mix puppy being a very recent breed with high demand.

A Husky Pomeranian puppy will cost you more than a standard husky or a standard pomeranian puppy. One of the reasons being they are only creating by artificial insemination due to the size difference between parent breeds. This tends to increase the cost of pomeranian husky puppies further.

Puppies must train and socialize from a young age to grow up into well-manner and confident dogs. 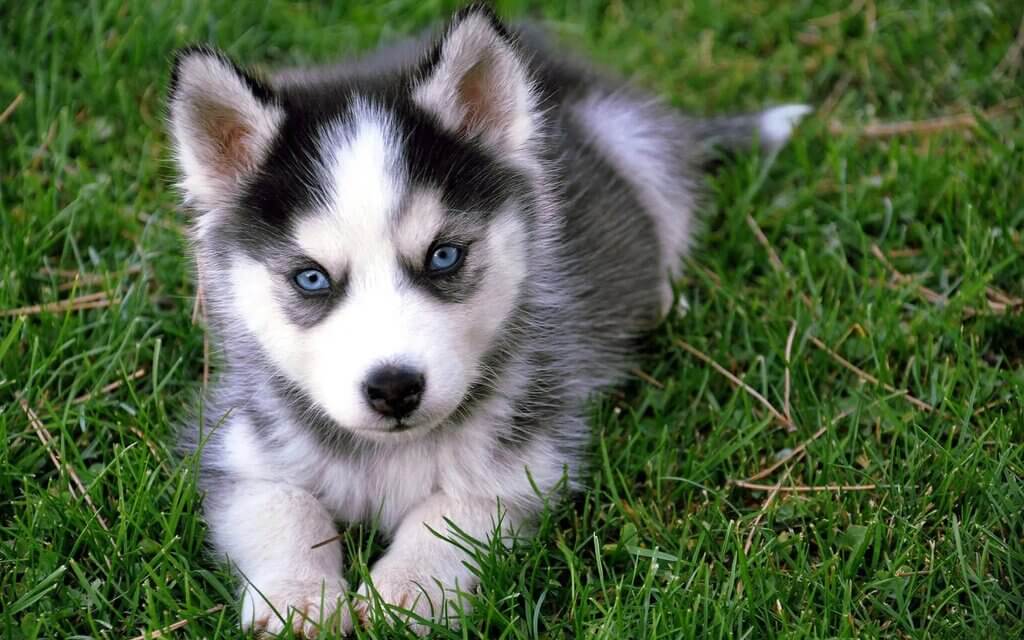 The price of a pomeranian husky depends on and varies with the color of the puppy, litter size, quality of breeding, location, the demand of the puppies, reputation of the breeder, etc.

While getting a pomeranian husky puppy, most people only consider the cost of buying a puppy, which is a huge mistake. Before you get a dog home for life; consider their lifetime food charges as well as vet bills. As they are the major recurring costs whereas buying a puppy is just a one-time investment.

We also recommend you consider adoption before you decide to buy a dog. As there are many dogs out there looking for a home and a shot at a better life.

Do not judge a puppy by its cuteness, there’s much more than meets the eye. These dogs are amazing and easy to train but if taken lightly on the training and behavior part. They can easily turn mischievous and hard to handle.

Do research well before deciding to get a dog home. Now that we have equipped you with all the information about their personality and needs; we hope it helps you decide if these cuties are fit for your home.

They are a newer breed so prepare to discover some new things about them on your own. Being small dogs they can easily develop small dog syndrome and wreak havoc. But if you meet their needs well and provide proper training and guidance they can make everyone fall in love with them.