What we think is – The Saluki dog is beautiful than all models on this earth.Getting a dog isn’t a tough task! But finalizing which one to get is! Let’s see saluki dog breed.

We saw how a trend is bending towards the Saluki dog. People are researching it more and more, and you are one of them too! So clearly, your motive is to get detail information on this tall and beautiful breed. Without going here there with random talks, We will get into the topic.

So first things first, its origin and history behind it. We love knowing everyone in person (especially dogs!).

Saluki dog breed was once consider as the gift from Allah! Its history and origin date back to ancient times.

There are a few different stories explaining the origin of this muscular and slender dog. Of which some go back before 7000 B.C., aren’t you curious about the title tag A Royal Pet Love by Kings or Favorite pet of Egyptian Pharaohs?

Obviously, you are, right? Read this section, and you will be clarify about the same.

A structure resembling greyhound with long feather ears were seen on Egyptian tombs dating to 2100 B.C.E., some 4,000 years ago. Even carvings of the Sumerian period (between c. 4500 – c. 1900 BC) also depict the similar-looking animals. Salukis were among the favorite pets of Egyptian Pharaohs, especially Alexander the Great, and were also consider as the Royal dogs. It is said that they were also mummified after their death.

Also Read: Glen of Imaal Terrier: A Dog with Hunting Skills and Fam-Love

Another story that revolves around is of the Nomadic Muslims, who despise unclean animals but consider Saluki as a gift from Allah and also refer them to honorific El Hor (The Noble). Salukis’ presence was record in Middle-east, Persia (present Iran), Syria, Egypt, Palestine, Anatolia, Mesopotamia, and Arabia. 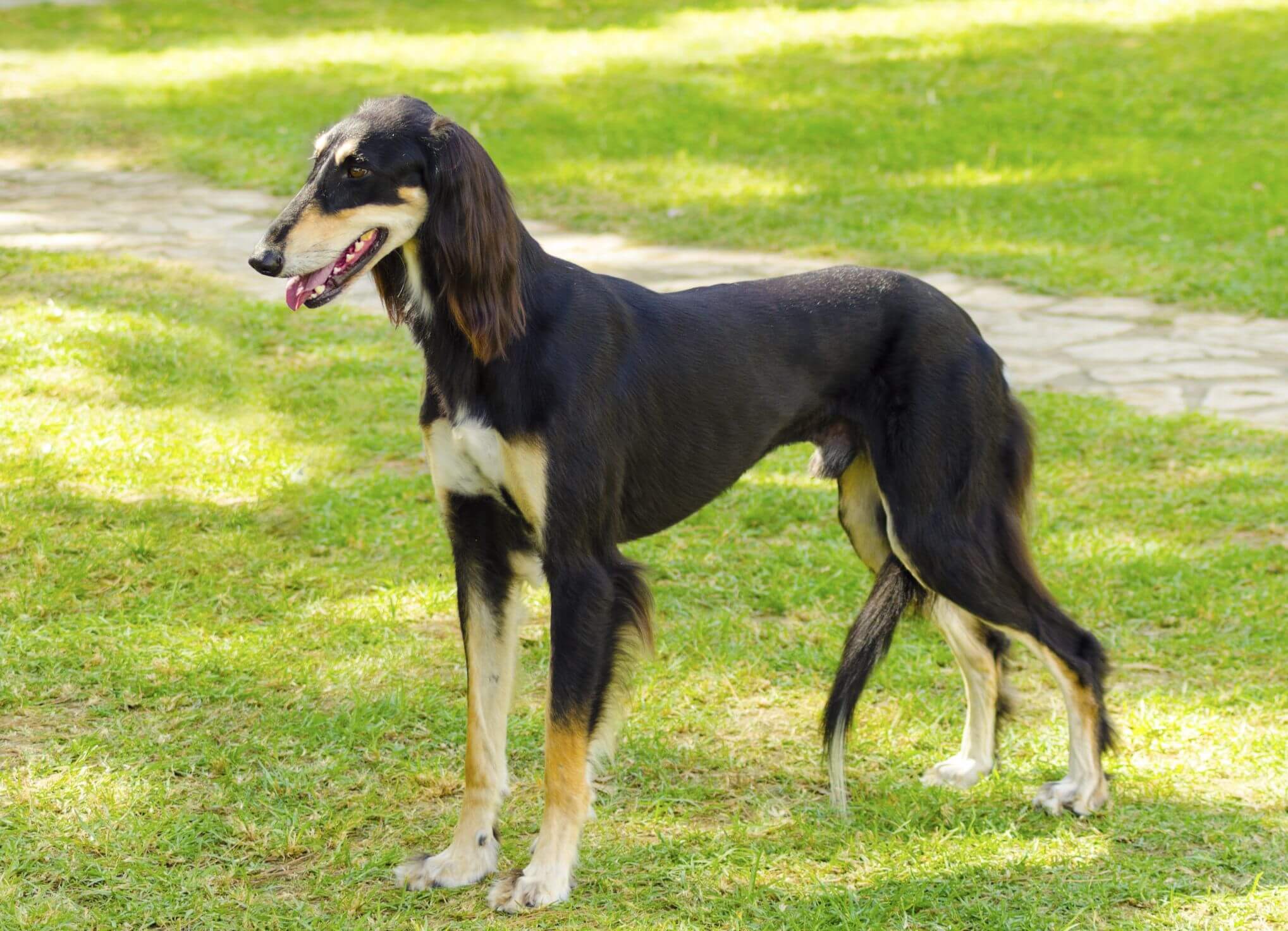 They were first seen in 1840 in Britain after world war I when officers return from middle-east with these powerful dogs. After that, in 1927, they were recognize in the United States. It is one of the rare breeds in the world.

A Quick Overview of the Breed:- 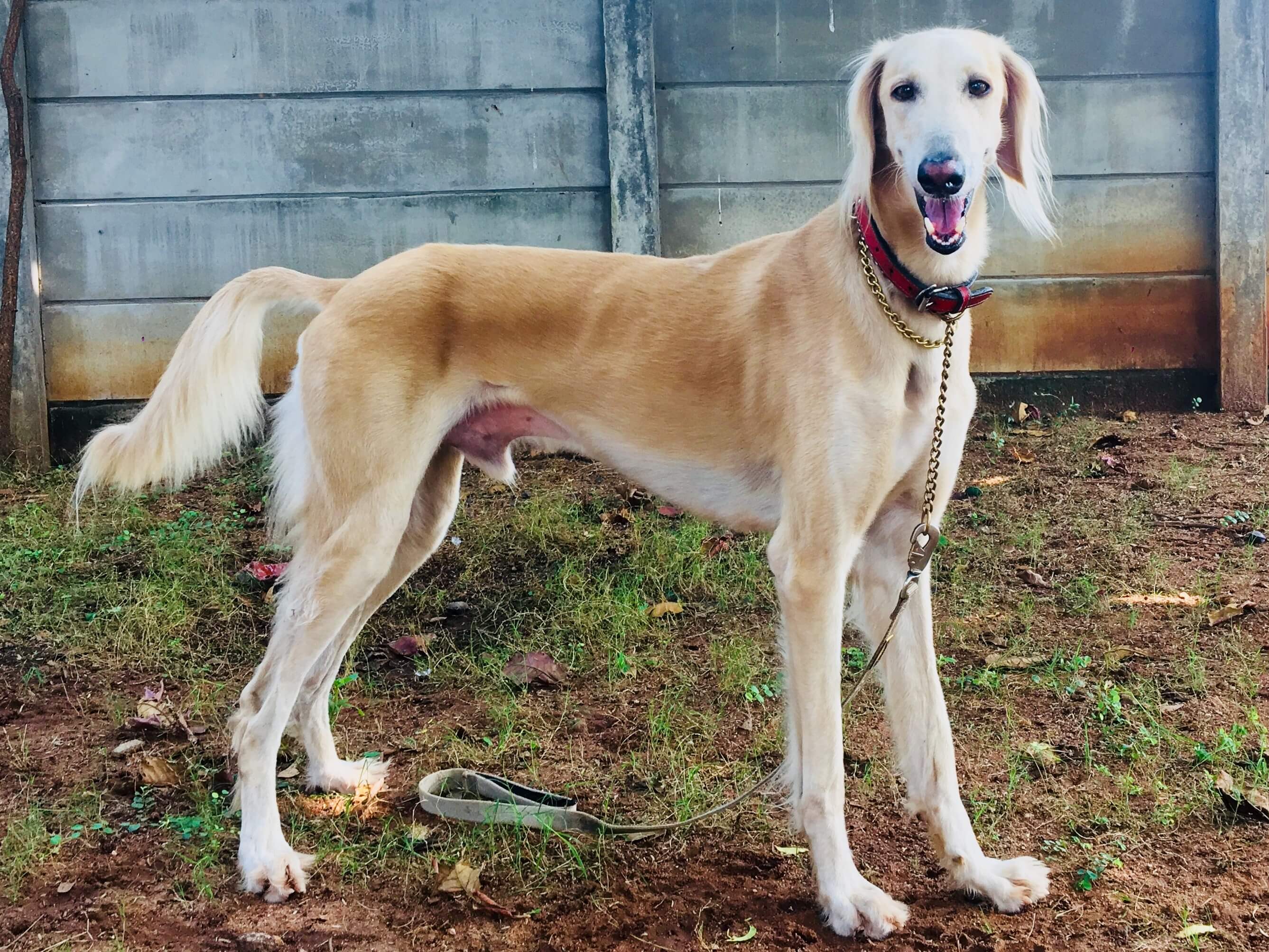 The following points describe the image of Saluki in the best way possible:-

They are lovable pets, just like others. They are the perfect family mate, especially if you are looking for the one that keeps itself clean (Yeah! Salukis are very particular about their appearance and cleanliness). They generally get along with every pet but prefer other Salukis or at least sighthounds. Following are the ratings on their personal behavior according to us:- 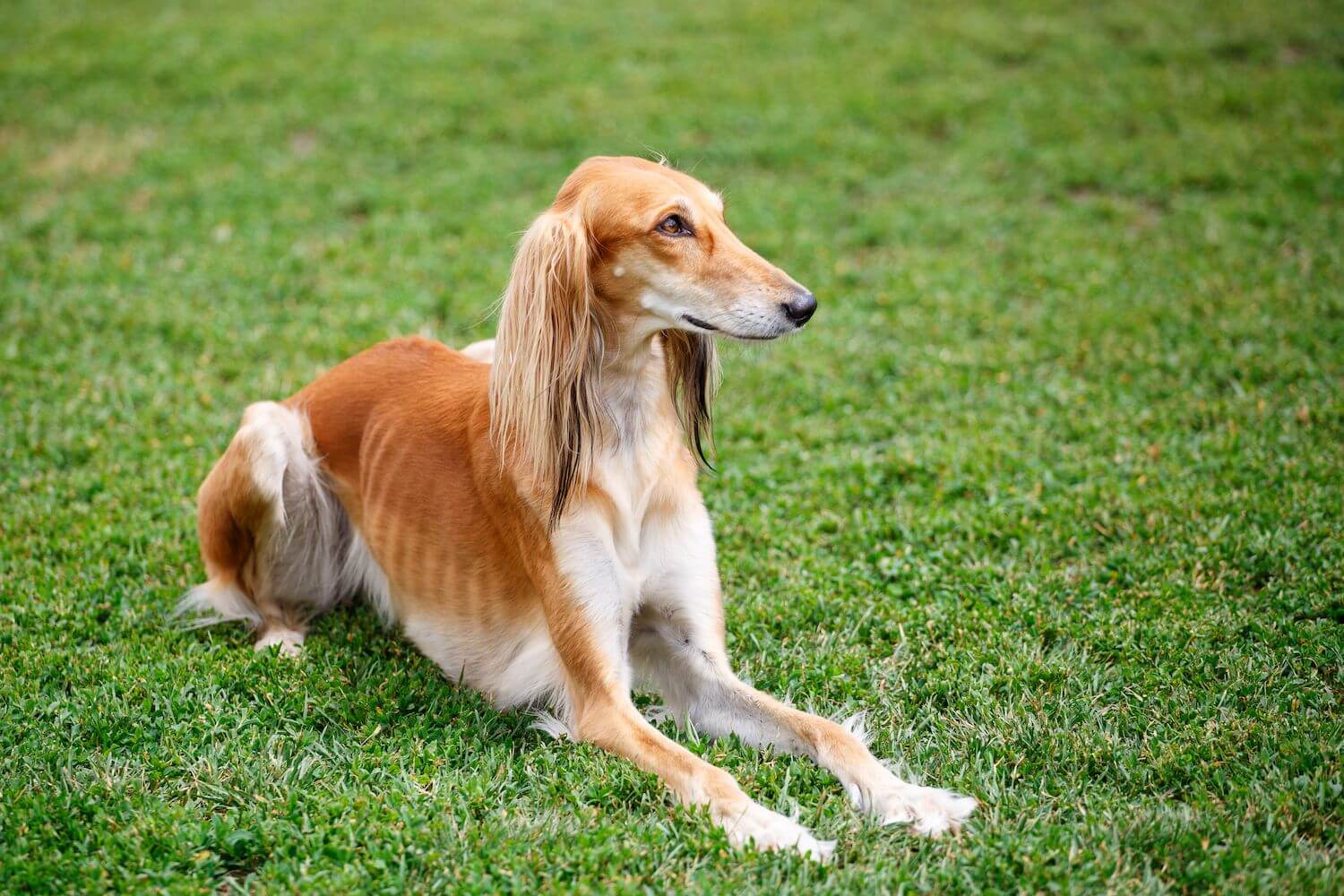 Gazelle Hounds need a moderate amount of shedding; they like to keep themselves clean and groom. Yeah! They will also do their grooming. There are a few things that you will need to keep in mind for their grooming, and they are as follows: 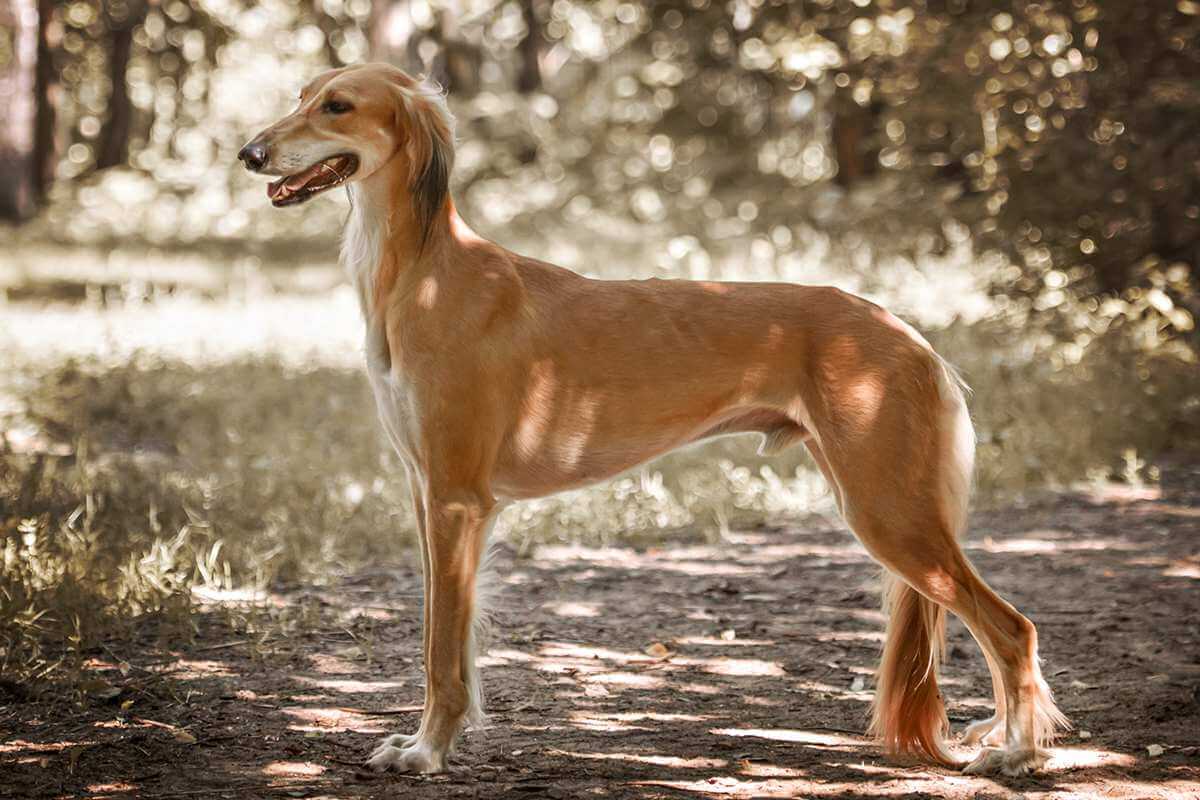 Saluki is a dog version of a cat. You know how hard it is to train a cat. The same way you can’t expect Saluki to obey you while training. It is a bit difficult to train, but for that, you will also need to be strong in order to train it. 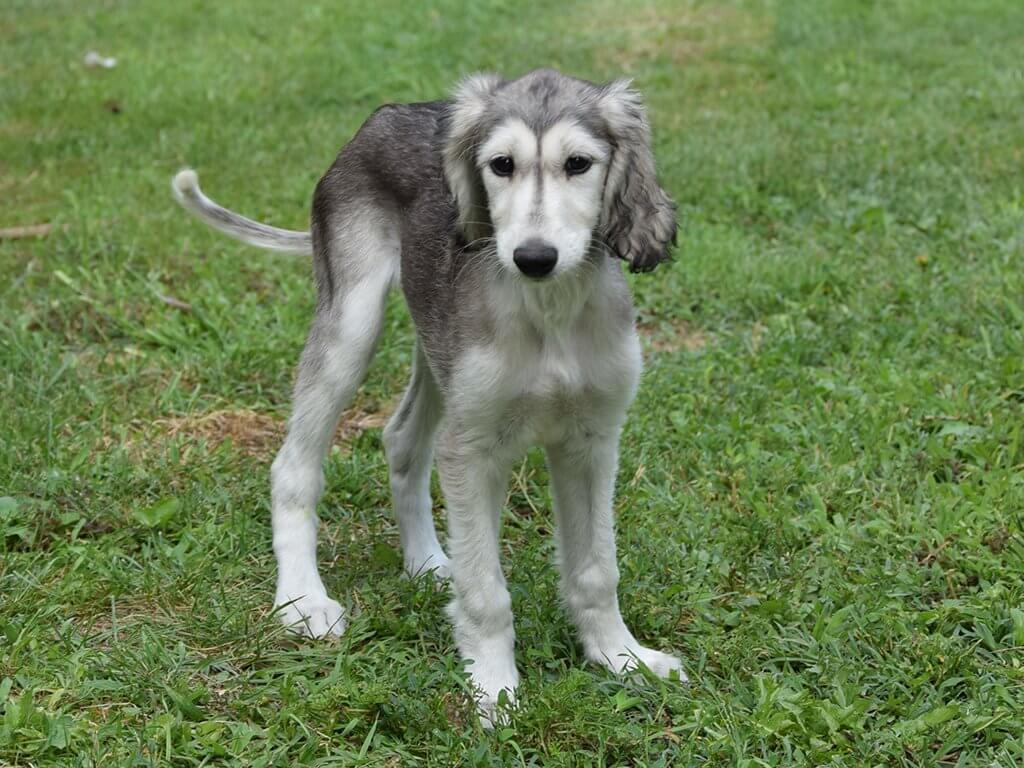 This beautiful and active breed mostly lives a healthy life from childhood to adulthood. But they certainly do have some health issues that can be life-threatening if no prior precaution is taken. Below are the few points on health and care that you need to take care of:- 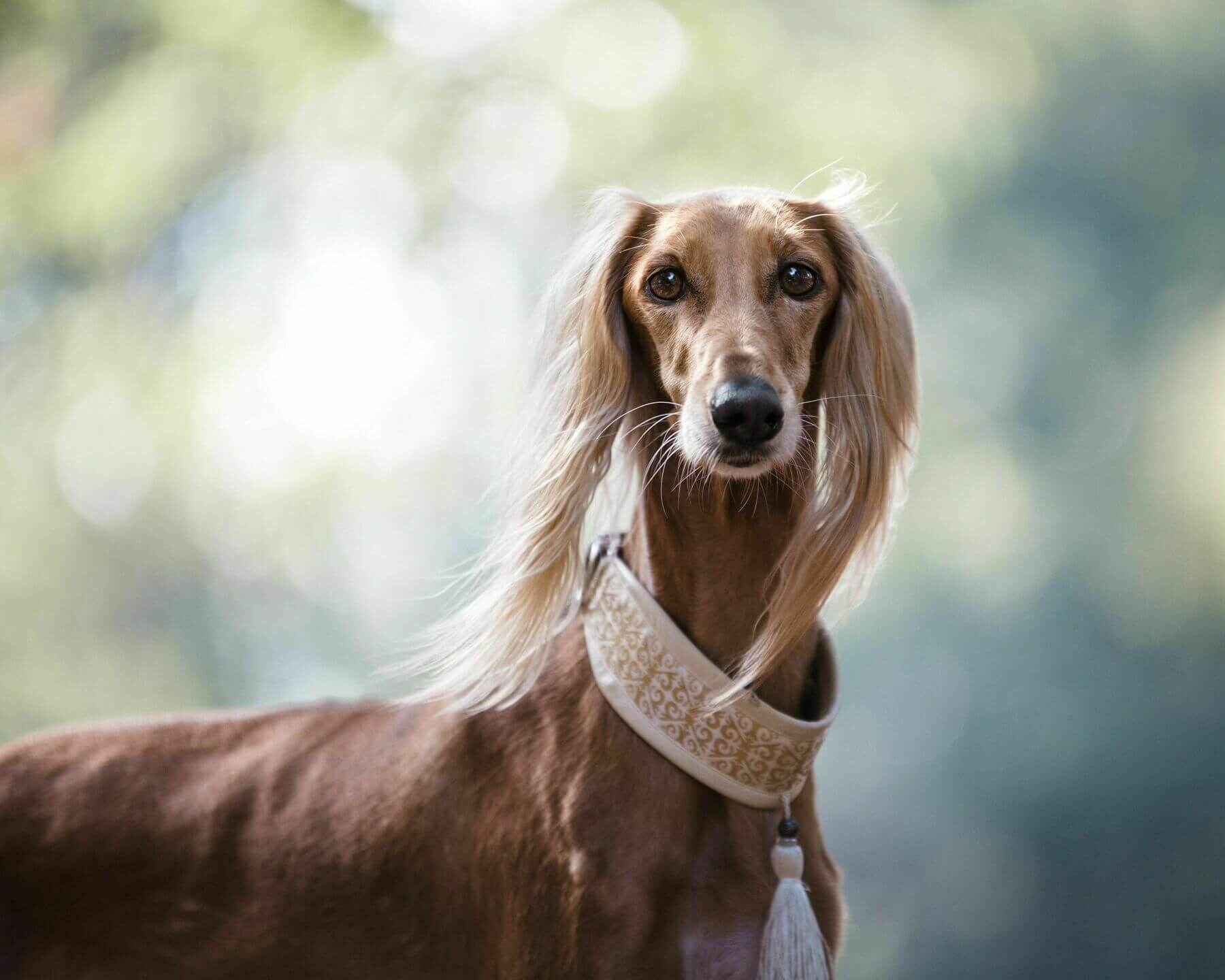 Below are the few facts that you may not know about this entirely captivating breed:-

A Royal and Loyal Pet:- 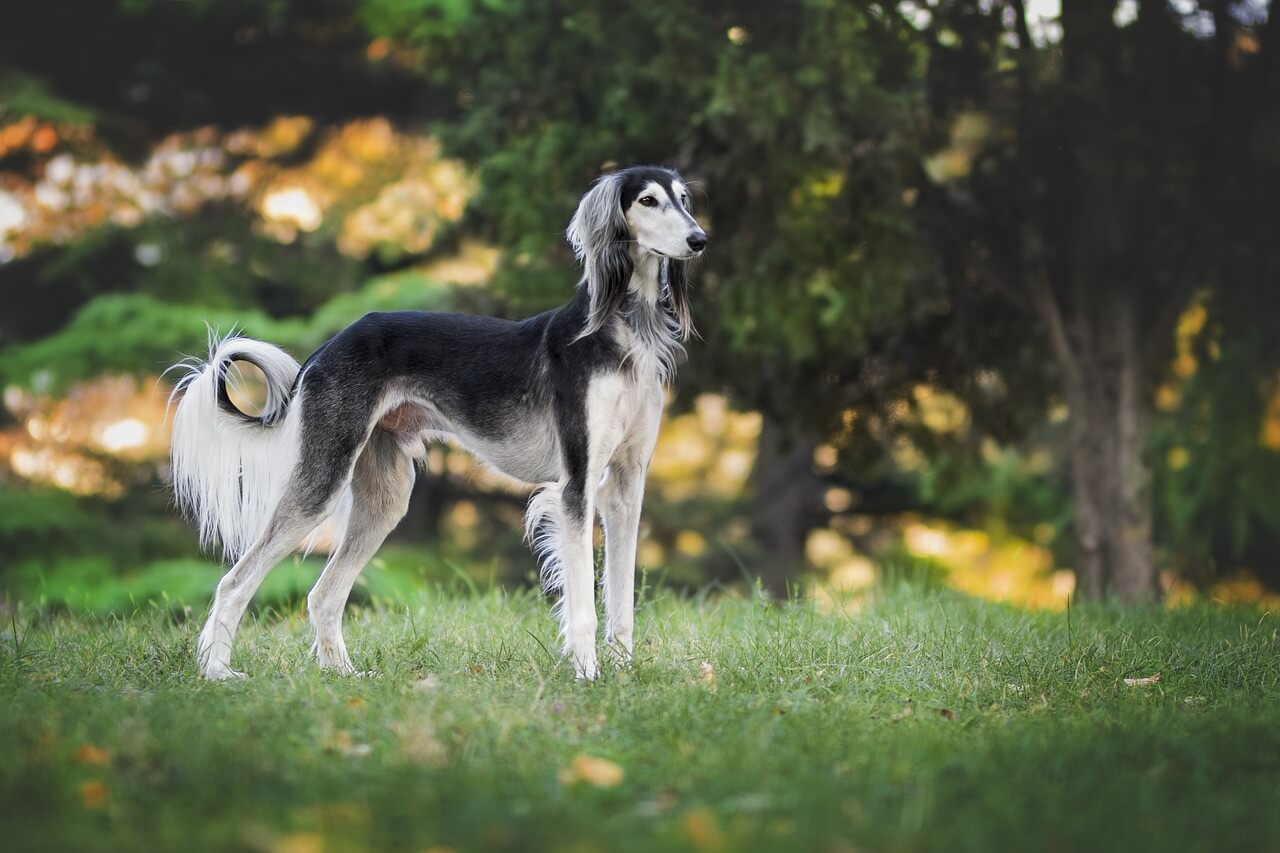 So, how was it? Isn’t this breed just amazing? Saluki’s prove the quote. ‘Old is Gold,’ with its appearance, and personality traits. They are reserved pet with hunting skills. This cat-like dog makes the perfect pet for people like us! They are lovable, cute, and model. When on a walk or on an outing with Saluki, its looks will surely get head-turns. They will out-shine among all the other breeds. Get it, and have a cuddle partner. To know more about different types of dog breeds visit Petsnurturing.