We all know about the Angry Birds Game and we also enjoy playing it on our mobile and desktop devices. Is Angry Birds Game based on some real angry birds characters? After all, it’s a huge entertainment game for all of us and also it is loved by all age groups. The best part of this game is that you can play this game with both your 7-year-old child and 57-year-old uncle! This game is created by Rovio Entertainment, which is a Finnish company. The whole game series is focusing on multi-color birds known as Red, Chuck, Bomb, Matilda, The Blues, Hal, Stella, and many more.

The Angry Birds game revolves around these birds who try to save their eggs from a group of green pigs, who want to steal and eat their eggs. You can guess the success of the game and its popularity by the fact that it is the most download freemium game series of all time.

But have you ever thought while playing the game that these birds may be real? Or what real birds are the Angry Birds base on? If you also get questions like these: Are these angry birds characters based on a real living bird or just an imagination? And if you are curious to know all these answers and what are their real names, then keep on reading.

Today in this blog, we’re going to tell you about the real angry birds names of each birdie of the angry birds game and what their personality traits are?. So, scroll down and check the list out:

For more in-depth details about angry bird characters, check the list below. Where we’re providing not only their traits and behavior but also include the exact regions where these real birds live. 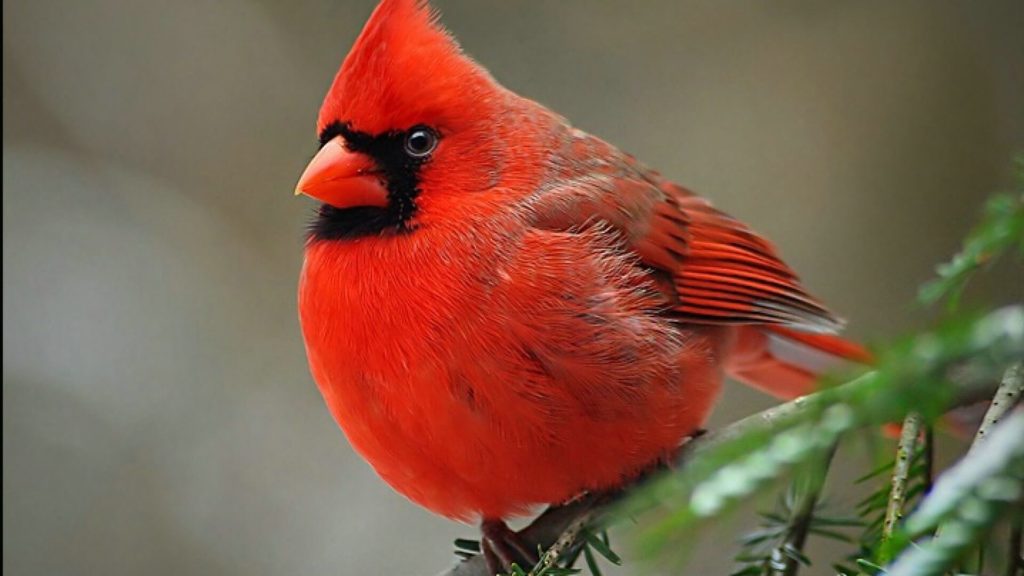 The red Angry bird is the most famous bird among all the other birds. He is a bit of an outcast, and because of his cynical outlook, he stands out among others. He is also a very outspoken, strong-mind, and short-temper. Besides that, he is also a leader of a flock that includes Jay, Jake & Jim, Chuck, Bomb, Matilda, and Terence.

But this bird does exist?  Yes, this bird completely look-alike the Northern Cardinal, which is commonly known as the redbird. This bird is found in the eastern United States, southeastern Canada. The red has the same face as the Cardinal. 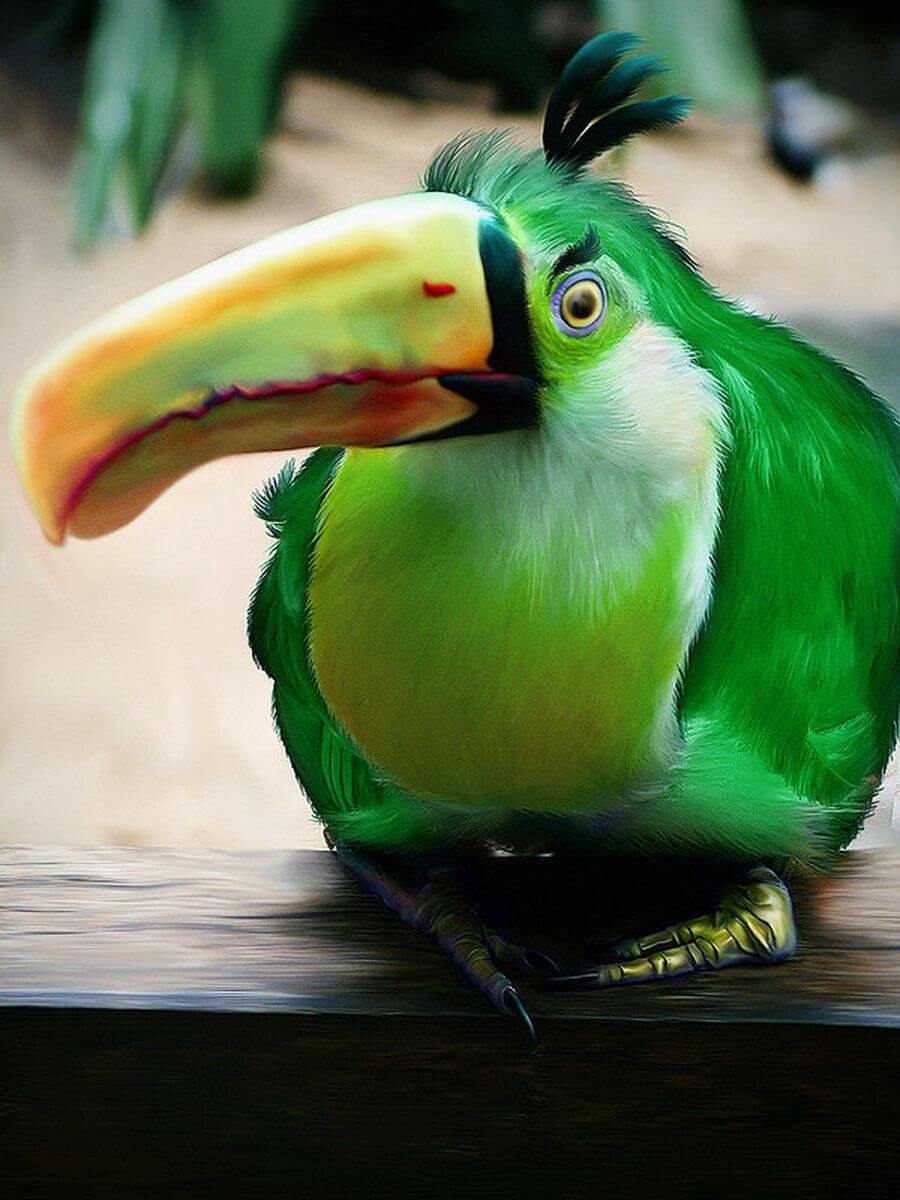 You can define Hal as an understanding and sociable bird. He may sound loud, but he is a great listener too. In the game, he is shown as an elderly and knowledgeable bird. Also, he is peaceful and friendly, but a little bit goofy & silly.

Hal or Boomerang bird is inspired by the Emerald toucanet or Northern emerald toucanet bird. You can see this green bird in the mountainous regions of Mexico and Central America. 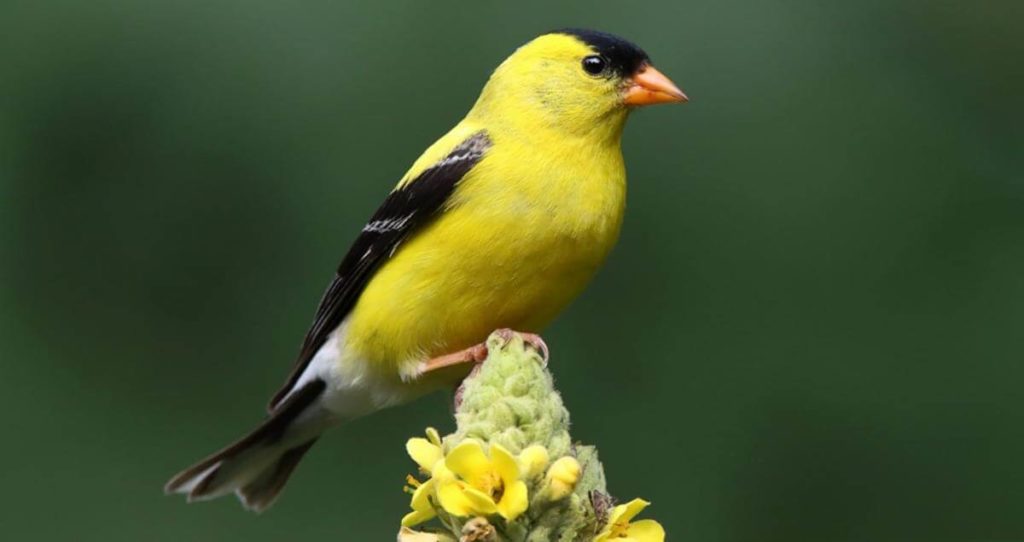 How can we miss chuck on our list? He is a goofy and free spirit animal that loves to operate without any routines and rules. This yellow bird is hyperactive and consistently fuel with energy. Due to his overactive behavior, sometimes he creates trouble for other birds, especially for Matilda.

This Yellow Angry Bird is an American Goldfinch. This bird is from the finch family, which is found in the regions of mid-Alberta to North Carolina during the breeding season, and in winters, it can be seen from south of the Canada–United States border to Mexico. 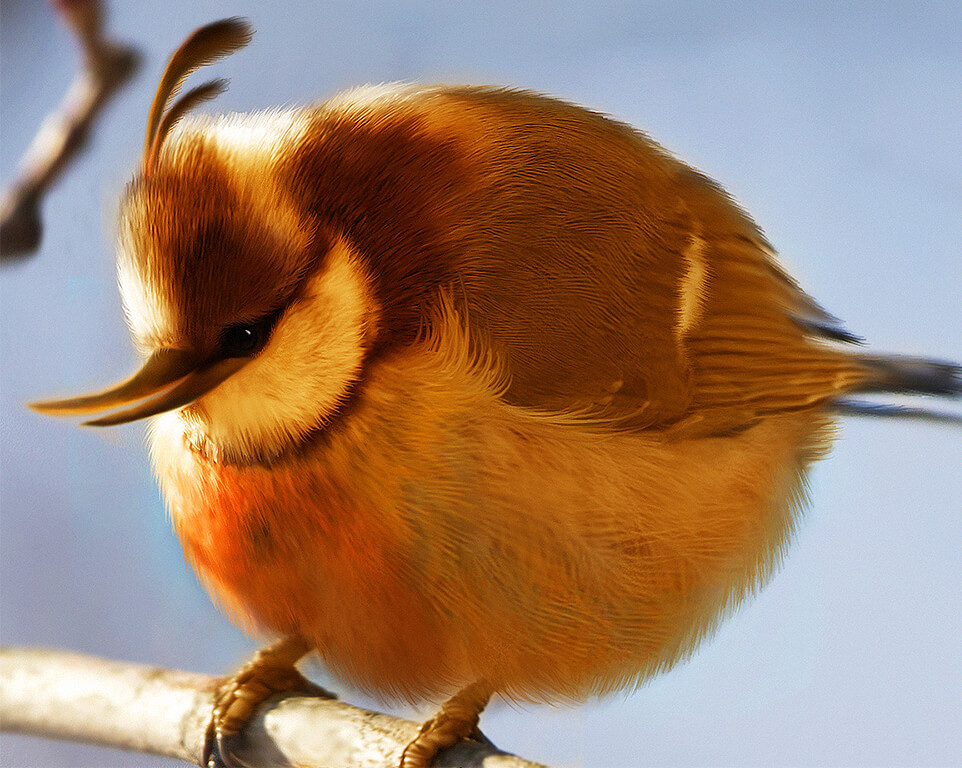 Bubbles are also known as Global Bird or Balloon Bird in the angry birds game. He is quiet, but a friendly fowl, and he is always ready to pitch in and try to help others. He also has good strength, but he can overwhelm by anything negative.

Bubbles highly resemble the Jamaican Oriole. This orange bird is found on the Colombian island of San Andrés and in Jamaica. 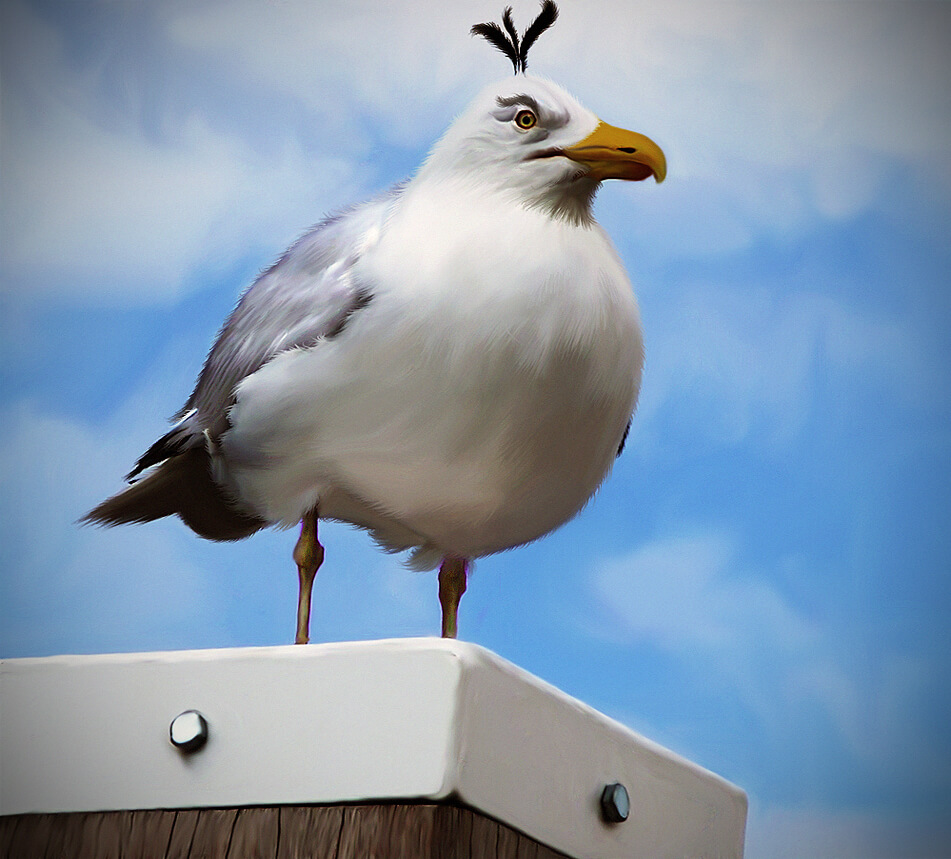 You can call matilda the hippie of the flock. She is the leader of the anger management class on Bird Island. Although she is an angry bird, still she is very considerate and caring, just like a mother.

I think matilda or the chubby white angry bird is an artistic version of your average chicken. It is also known as the Egg Dropping bird because it drops eggs and also it has an egg-shaped body.

Also Read: The Ultimate Guide To Types Of Bird Nests 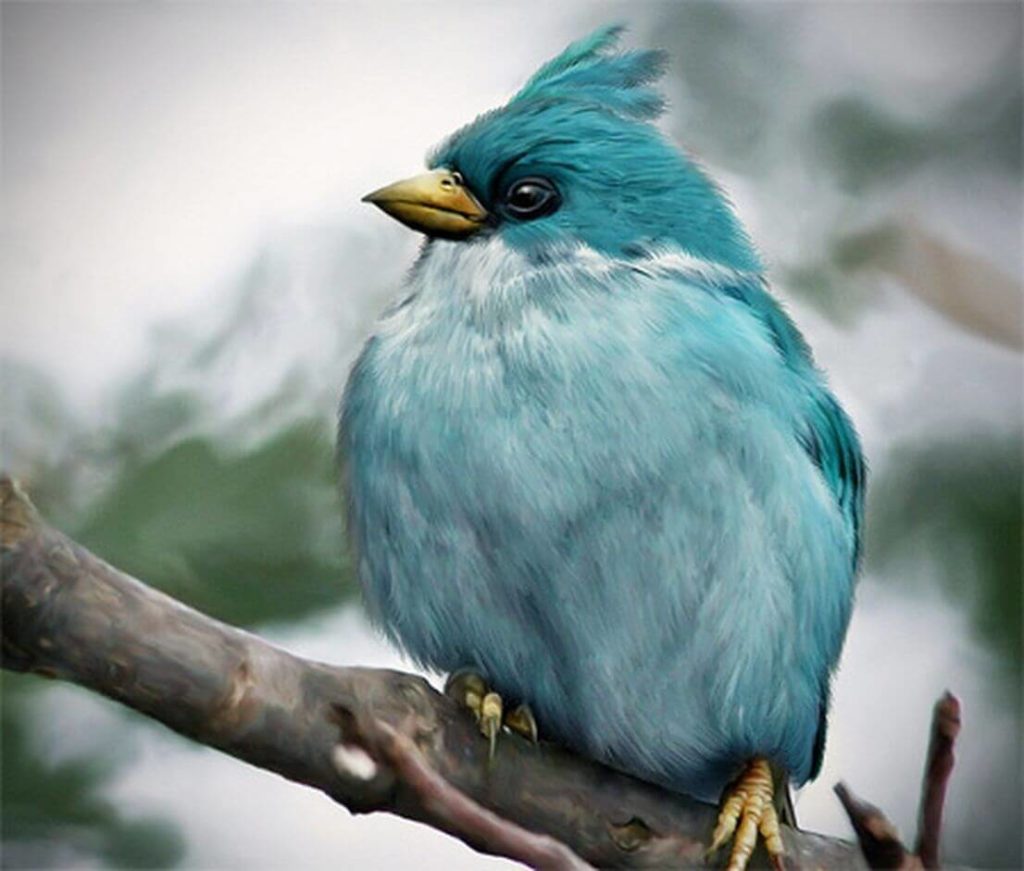 The blues are the flock of three cute angry birds known as Jay, Jake, and Jim. When you tap on the screen, the single blue angry bird turns into these three cute fowls. They all are quick and inventive. The blues are very playful birds and often get in trouble for pranking other birds.

They are tiny and all blue, which reminds you of the Indigo Bunting, but they’re the Mountain Bluebird. They have light underbellies and dark black eyes. The habitat of this beautiful bluebird is from western North America to Alaska.

Sociable and exciting, this is the perfect definition of the bomb’s personality. He loves to have attention from other people and always entertains people with his antics. His appearance might be fearsome, but in actuality, he is genuine and kind.

Does this bird resemble the myna bird, or does it look like Greater Antillean bullfinch? In terms of color and overall appearance, both look pretty close to each other, right? But the good thing is that the real ones do not explode like the Bomb in the angry birds game. 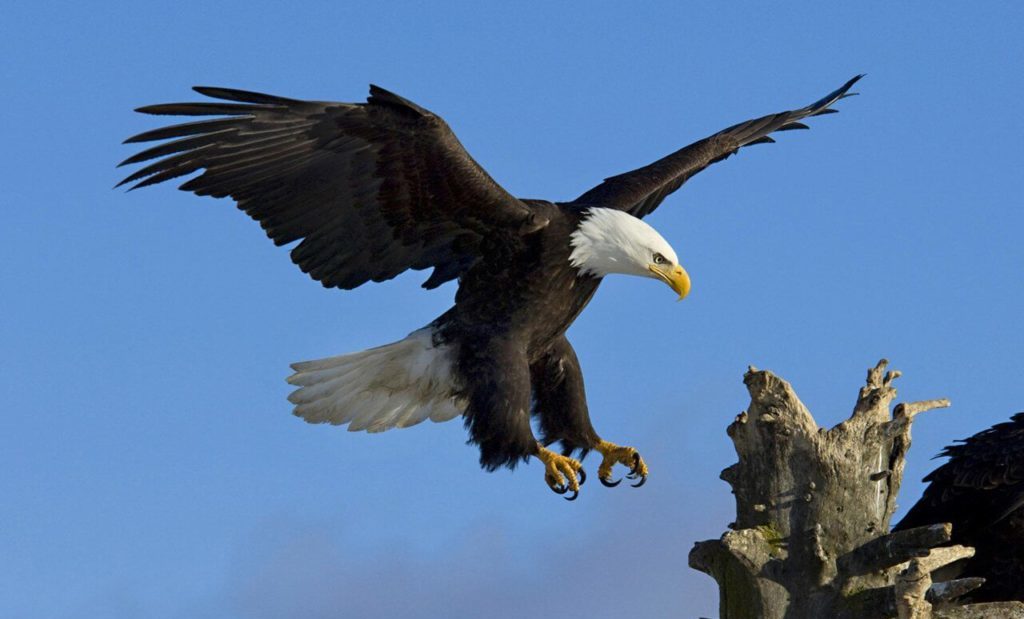 Last but not least, on our list is the Mighty Eagle. In the game, you never fully see it, but enough hints are dropped that there is a Bald Eagle. This popular eagle is very wise and powerful among all the other angry birds. Bald Eagles are proficient in hunting, so stay alert in the game.

This is a depiction of a Northern bald eagle, that generally ranges in most of Canada and Alaska parts and all of the joint regions of the United States, and northern Mexico. It does look like Real Phoenix Bird the mythological bird. 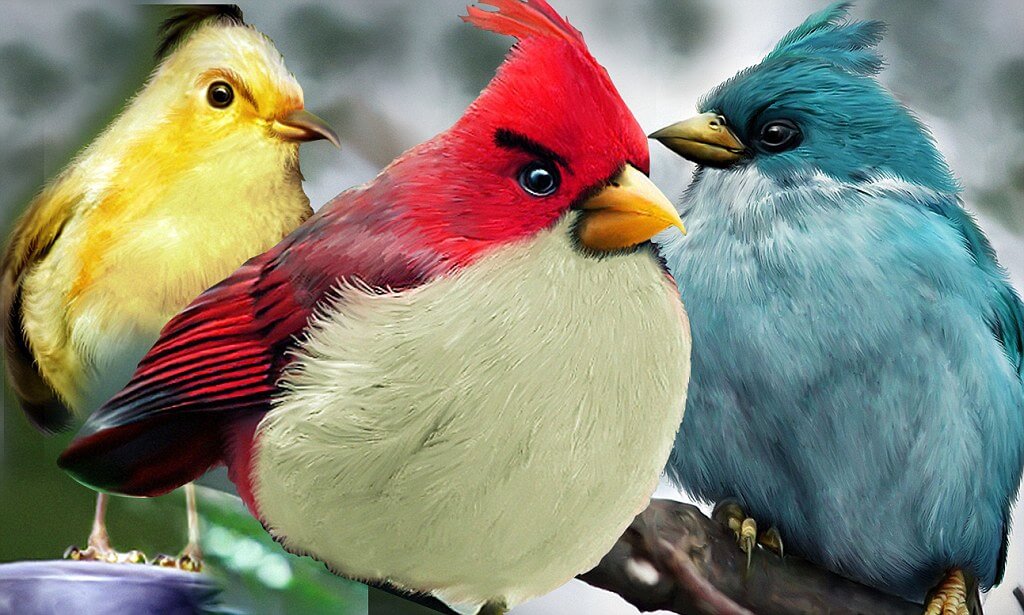 Which One is Your Favorite Real Angry Bird?

So, these are the eight fun-loving, goofy, and powerful angry birds. Now you know which angry bird character meets which bird and which are the real angry birds. Do you agree with all of them? Which one is your favorite one? I know it’s hard to choose from, as each has some specialty and power.