Is Your Dog Chasing Tail: Know Here What He Wants to Tell You!!

Do you have a puppy? With their cute charms, silly activities and caring behavior make dogs quite popular pets. Sometimes you might have seen them chasing their tail. At first, it may seem normal, but when your canine friend doesn’t stop chasing tail, it is a concern. Let’s see the reason why your
dog chasing tail?

Many dogs do this just for fun and also to grab their owners’ attention, but if this doesn’t stop after a few circles, you should know why he is doing this. Today we’re going to tell you some reasons why he is behaving like this: is it serious or normal? So keep on reading to know why do dogs chase their tails?

Below is five common reasons why any dog is continuously doing tail-chasing:

Do you often leave your dog alone in your home? Whether this is because of your job or any other reason, this may be the reason why he is chasing his tail. Just look at your dog’s life. What does he do in your absence? The most common reason why he is crazy about his tail is that maybe he got bored. This might have been fun or playtime for your furry friend to expend his energy.

So observe carefully whether or not the dog is just playing, or is this a serious thing. There is a simple solution for this, just play with your dog and do exercise and regular running activities which keep him busy and happy. 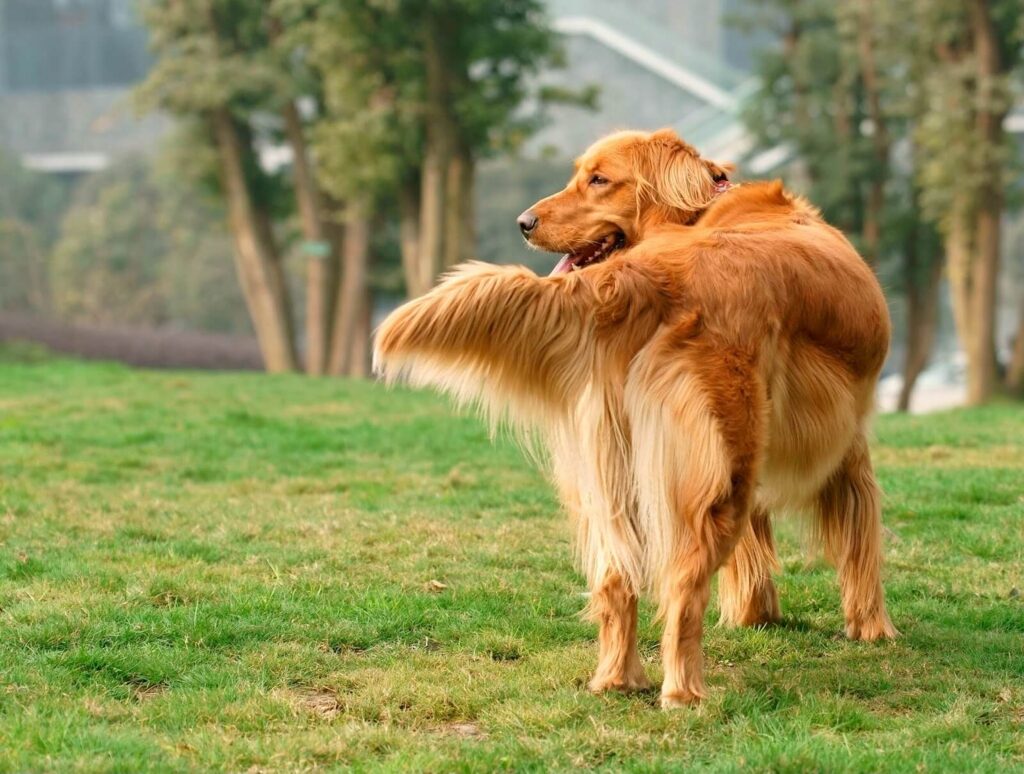 If you observe that your doggo is really going insane about his tail and trying to catch it and chew on it, then it’s time to visit your vet. Sometimes because of fleas or ticks on your dog’s tail causing itching and that’s the reason why they want to chew their tail to get that itchy spot.

So visit the nearest vet and let them check your pet whether he has any signs or worms of parasites or not. If he has, then they’ll treat him with proper medication. 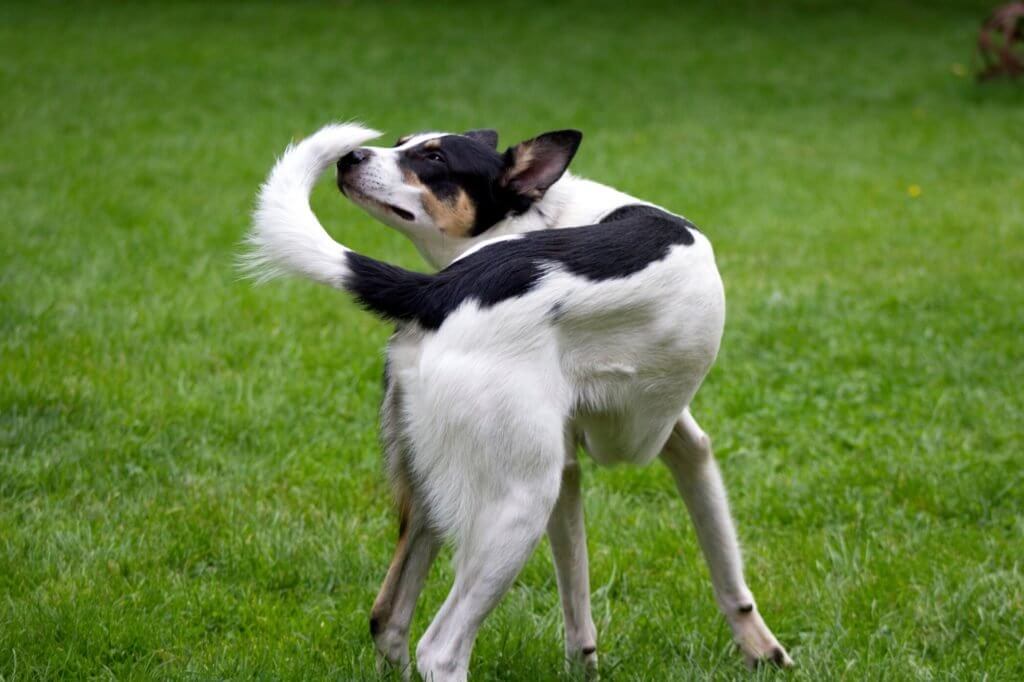 Do you often start laughing whenever your dog starts chasing his tail? Almost every dog owner gets amused whenever they see their dog is chasing his tail, and the funniest thing is that the dog also knows this. So, he keeps on doing this to get their hooman attention and love. Just like little kids, maybe your dog loves to get your attention, and that’s why he keeps chasing his tail.

So the solution is simple for this scenario, just ignore the dog whenever your beloved pet starts running in circles. Because if he gets a positive response or praise from you, he’ll keep doing that again and again. 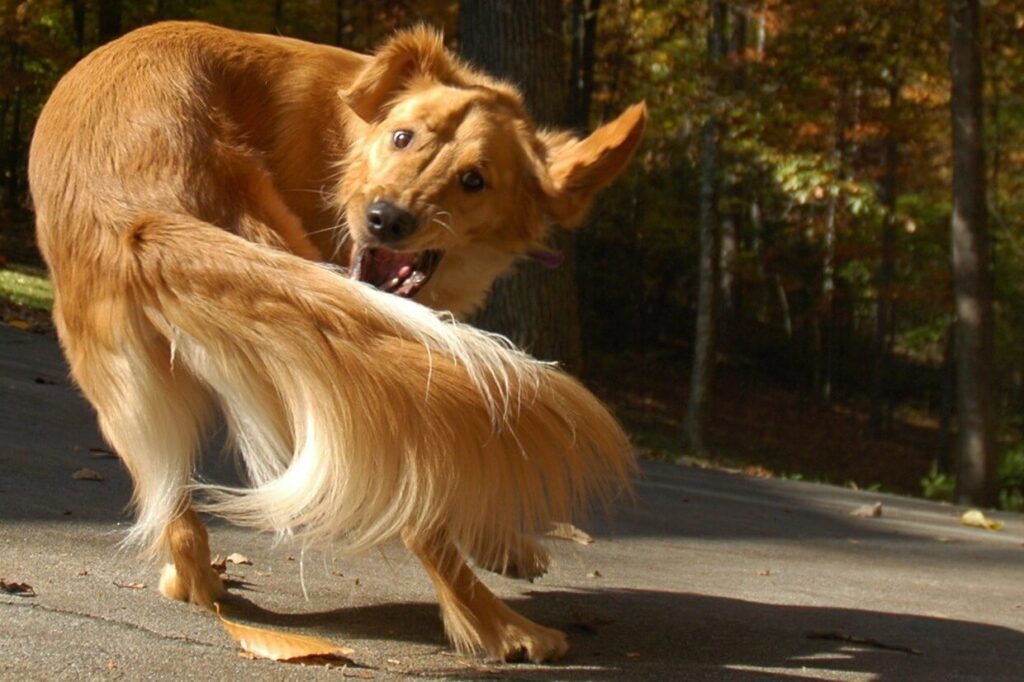 Some dogs have genetically inherited this thing. Because breeds like terriers, Anatolian sheepdogs, and german shepherds are mostly seen engaged in tail chasing than any other breed. They keep doing this; even they grow older. There are many reasons why he is doing this, so keep an eye on him, and if you think he is obsessively chasing his tail, then immediately consult with a vet.

Journal of Small Animal Practice published research, and in that, they said,” there may be a connection between compulsive tail chasing and high blood and cholesterol levels. Researchers found that the 15 tail-chasing dogs they observed had significantly higher levels of total cholesterol and both high- and low-density lipoprotein cholesterol than the control dogs.” 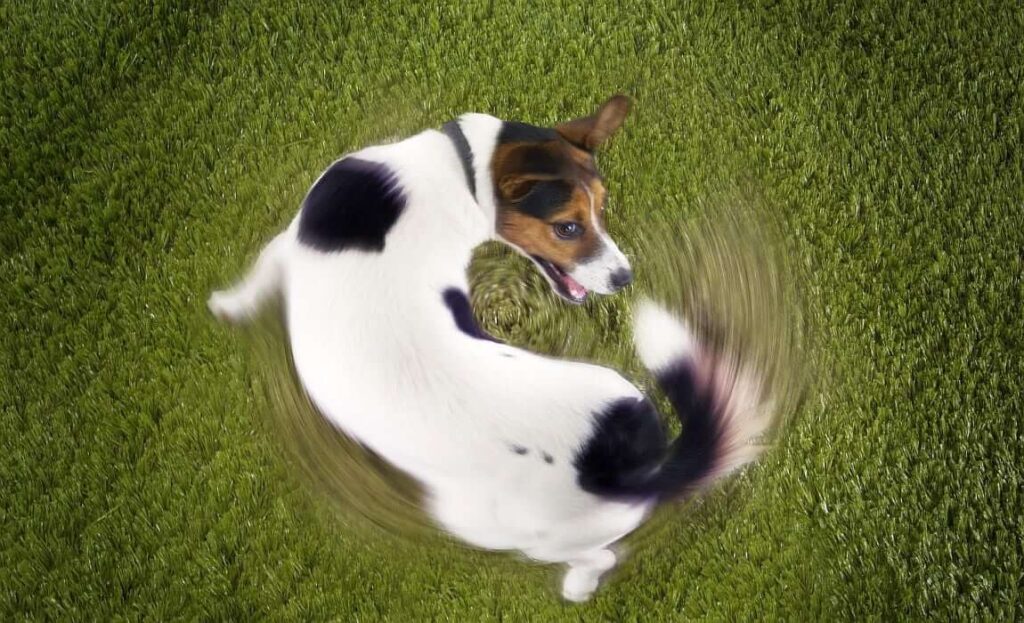 Just like us, some dogs are also suffering from obsessive-compulsive disorder (OCD), but with dogs, they go crazy about tail-chasing instead of washing hands. There may be many reasons behind this, such as separation anxiety or mental illness. Most of the time, these behavioral problems come from situations like physical abuse, injury, past trauma, confinement, or maybe other reasons.

For example, a dog suffering from separation anxiety may bite his nails and chase his tail like a nervous person. This is a significant symptom of canine compulsive disorder. If this is left unchecked, this behavior may become self-destructive, and your dog will end up damaging their tails. If you believe your dog is obsessively chasing their tail, then it’s better to consult your vet.

Also Read: How to Stop Puppy from Biting? (With 9+ Simple Ways) 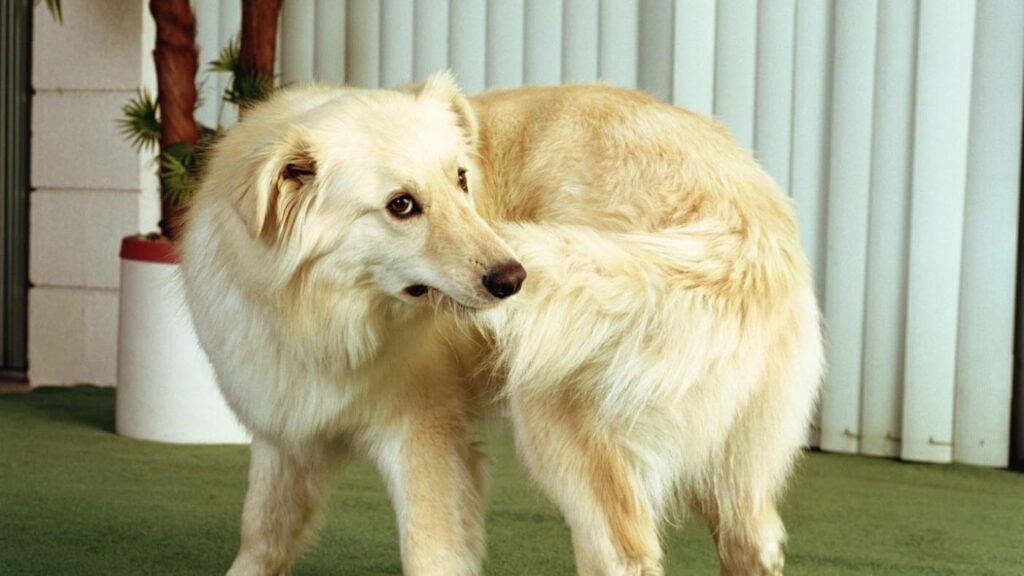 Other than the reasons we mentioned above, there are many other things why your dog is playing the tail-chasing game. If he is doing this occasionally and only to get your attention, then it’s totally normal. Sometimes it is related to their age. For instance, if a puppy is doing this, he probably wants to know about his tail and play with it. At the same time, older canines chew their tails due to decreased awareness.

Just carefully observe your dog behavior. If you feel he is obsessively and non-stops chasing his tail, contact your vet to ensure that there’s nothing wrong. Identify the things that trigger him to chase his tail and also avoid praising this behavior.

For more pet-related information like their breed, health, and food, keep coming to Petsnurturing.