As a cat lover, you might have heard about the Siamese breed of cats before. To those who don’t know, Siamese is a breed of cat that is known for its distinctive appearance and energetic nature. If you have ever seen a Siamese cat, you will agree that this breed is very loud and energetic. And not many people are a fan of such behavior; in such instances, you can get yourself a Lynx Point Siamese; it would be a  perfect choice. 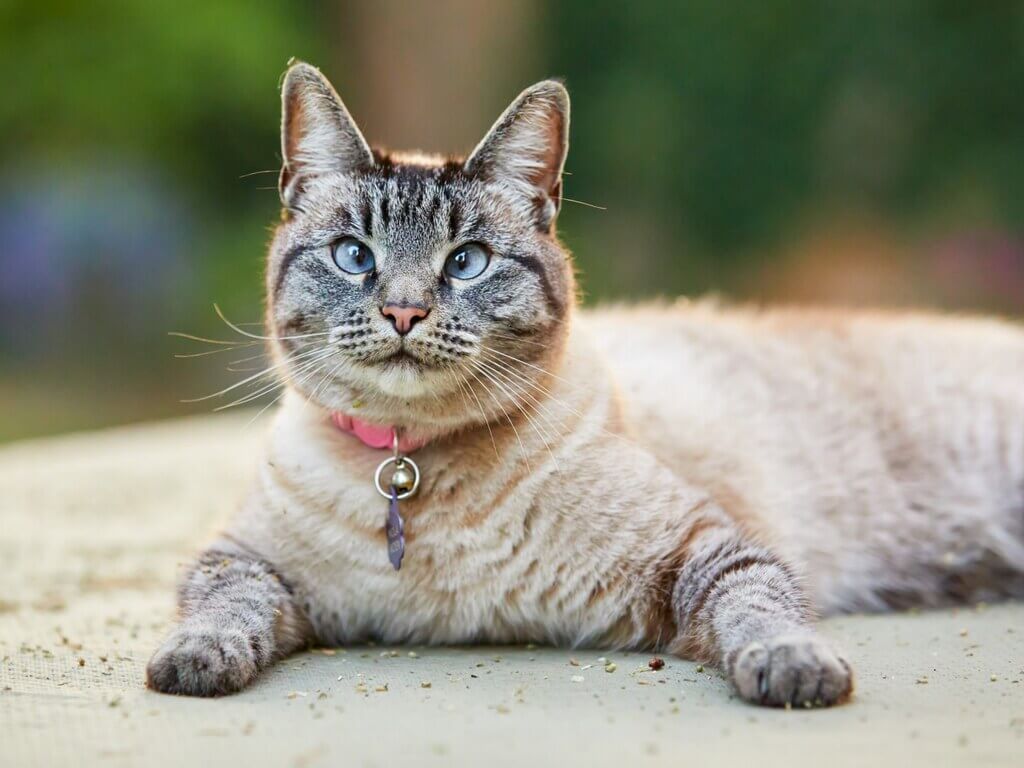 Talking about the breeding origin of Lynx Point Siamese, it is a man-made cat breed. The first breed happened accidentally during the 1940s- 50s and started gaining popularity during the 1960s.

People loved Siamese for their special looks but hated them because of their loud nature. However,  people found that the Lynx Point Siamese was a mixed version of the loud Siamese cat.  It has a loyal and unique appearance but has a  more relaxed and laid-back personality. You can also check this out about How to Introduce Your New Cat At Home. 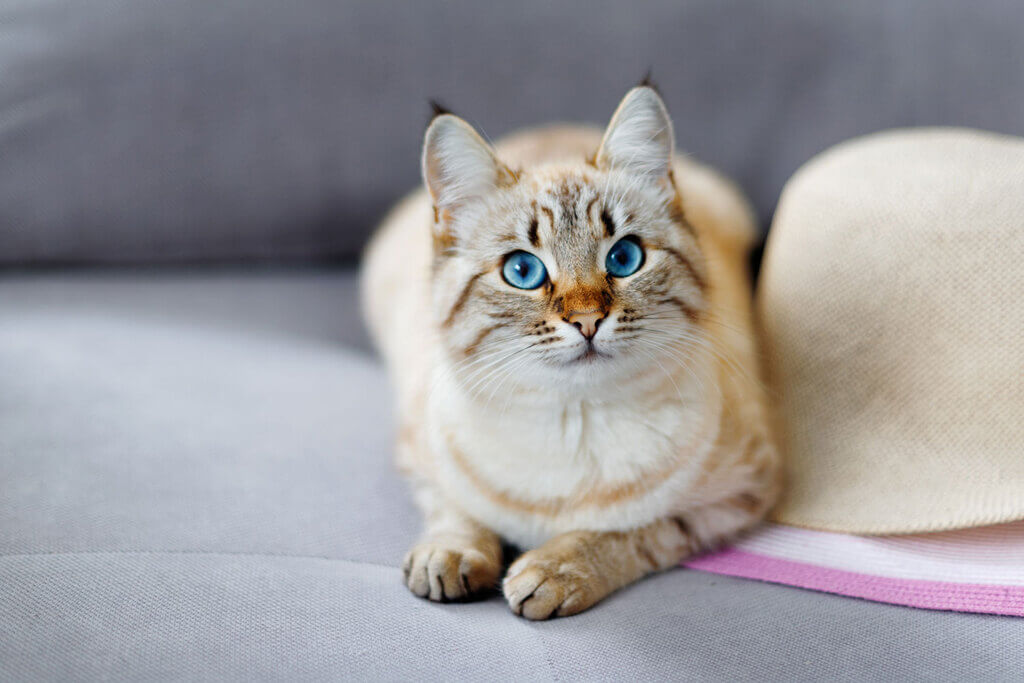 Though this breed became well-known only after the 1960s, and during this period, the Siamese was introduced to the Governing Council of the Cat Fancy (GCCF) in London, England, and they recognized this breed as a subset of the Siamese.

However, naming the cat can be a troublesome task because this breed is known by many names like Lynx Point, Tabby Point, or Colorpoints. Also, the name given to the breeds really depends on the location. While some of the names the Lynx Point Siamese gets are just a simple way to categorize the various colors and patterns. 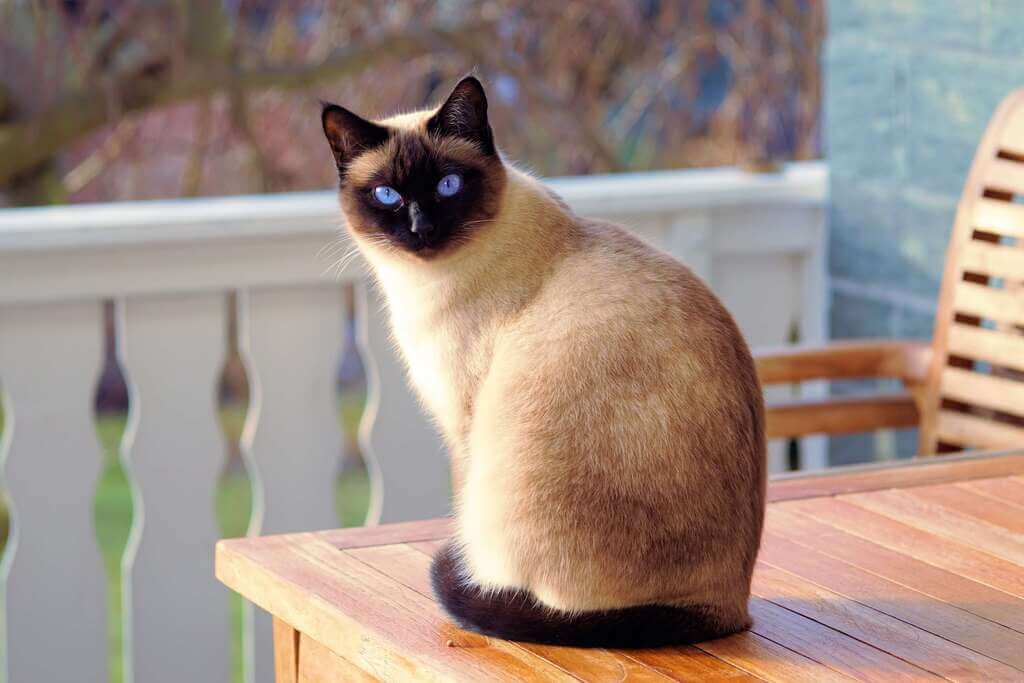 This mixed Siamese cat looks exactly the same as the traditional Siamese. This breed’s body is medium build and has a slim image. Lynx siamese cat can weigh anywhere between 6 to 12 pounds, and some can even go to as much as 20 pounds.

These Lynx cat breeds are fussy and have tiny oval paws and a slim body and tail, although they possess muscles beneath, which makes them a pretty athletic breed.

Apart from this, there’s nothing to say more about the distinct attributes of Lynx Point’s body. However, they are available in various colors, and their pattern is very distinctive.

This breed of Siamese comes in apricot, cinnamon, red, caramel, seal, blue, lilac, and chocolate colors. Further, their body has visible rings of color on their cheeks, legs, and even tail. And these rings will get darker as the cat grows older.

One of the rarest combinations of all these colors and patterns includes the Tortoiseshell pattern. Another noticeable difference in this breed is that the kittens have an ‘M’ etched on their forehead, and that is due to their stripes. Moreover, these stripes will more likely be outlined around their ears as well. 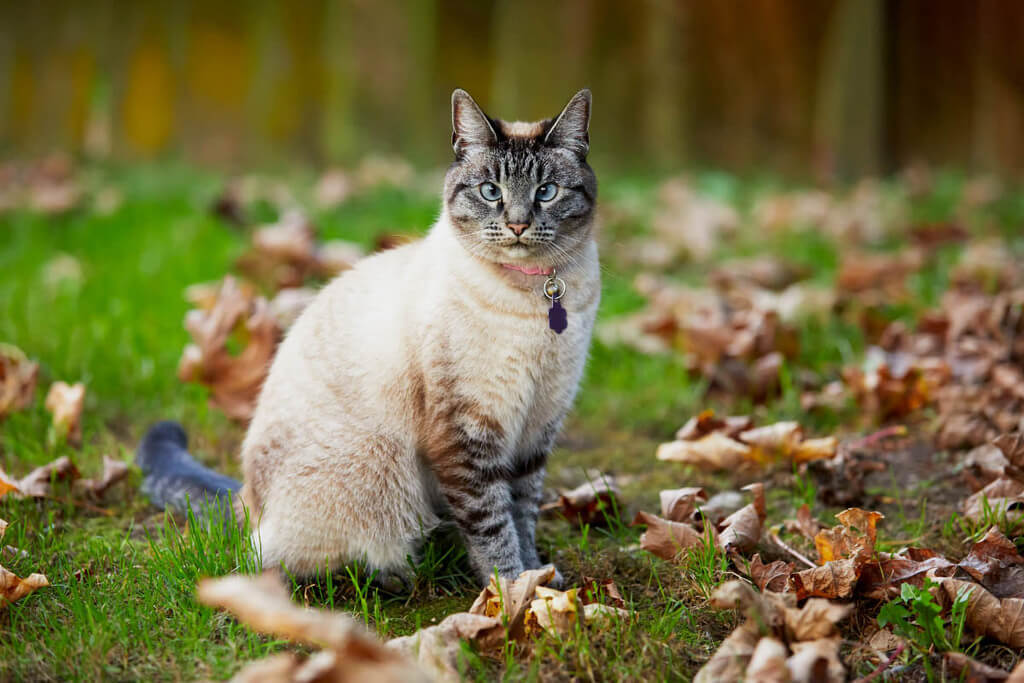 This Siamese Tabby mix has a very recognizable personality because they are very fun-loving and curious types who want to get involved with their humans. These cute little fur babies are intrusive creatures and can really get messy when you are not around.

As stated before, the Siamese breed is a very people-friendly cat like Chantilly-Tiffany. As a result, they love to fit in everywhere they can live in your life. Besides, this breed loves to talk and will share everything they do every day.

However, these things will annoy you, or you will find it charming, but there is no denying the fact that the personality of Siamese is pretty exclusive. At the same time, the Lynx Siamese is exactly the same as Siamese cats but is more low-key versioned.

Like the traditional ones, the Lynx Point is chit-chatty, playful, and intrusive, unlike their distinct cousins. They are perfect for the people who want a Siamese breed but a more relaxed version. 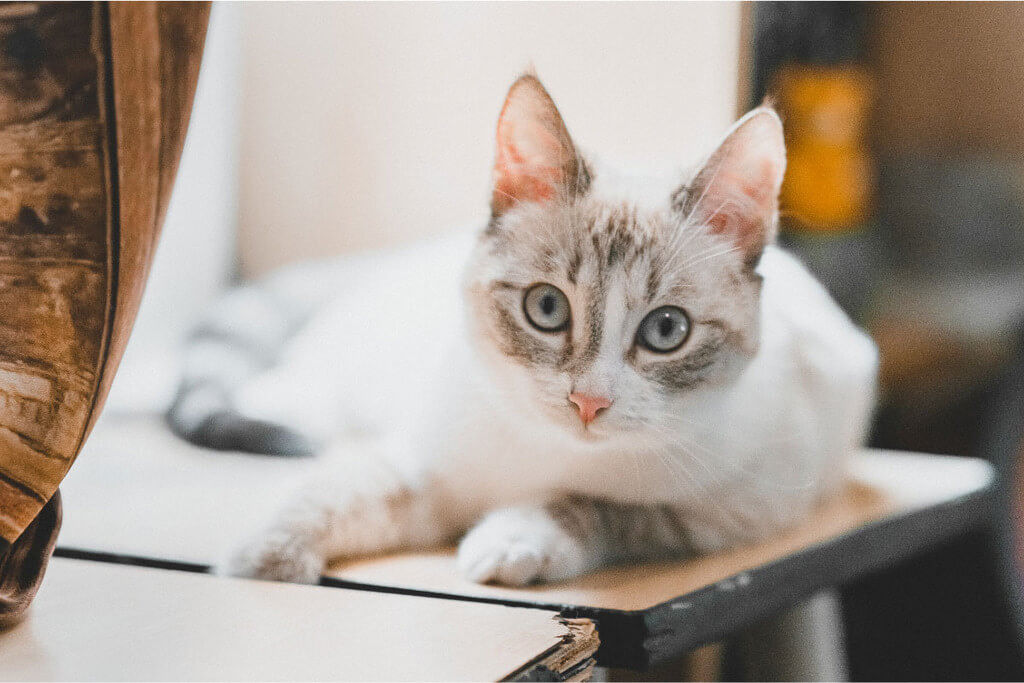 Both the Lynx Point and traditional are quite similar in terms of differences. Their bodies almost look the same, and the noticeable difference comes from the pattern of each cat.

The traditional cats have a seal point coloration with colors appearing on the paws, tail tips, face, and other extremities. However, the most noticeable difference between the two is in nature.

Siamese cats are extremely loud and chatty, which can be annoying sometimes. They can constantly communicate with their owners through meowing or body language. In comparison, the Lynx Point Siamese cat are the younger siblings to the traditional ones that even enjoy the attention but are less crazy. 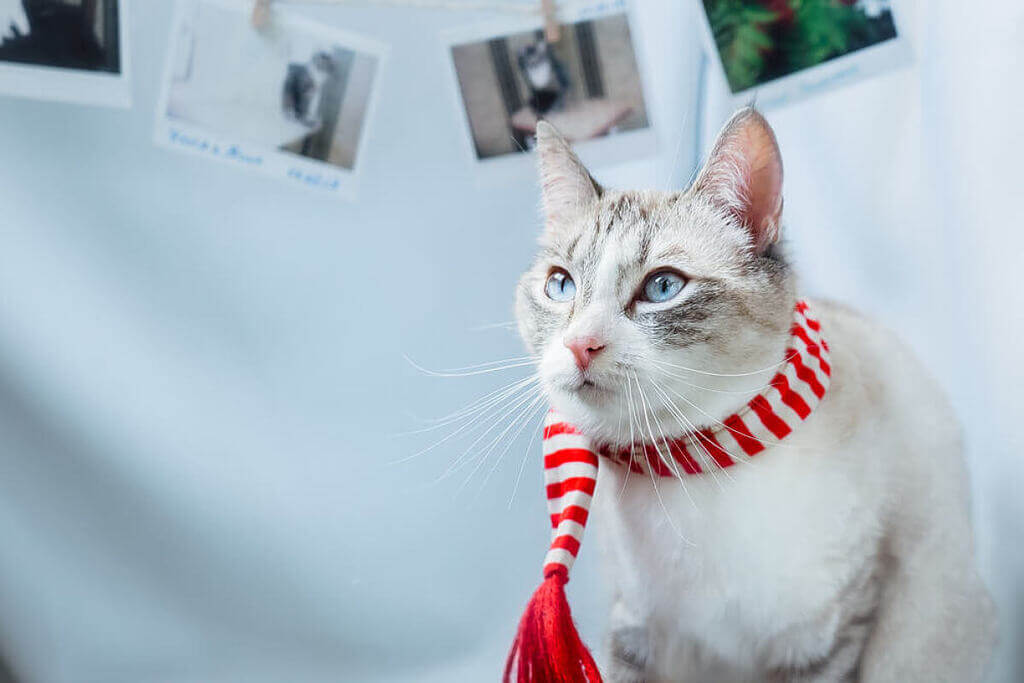 The Lynx Point breed is a short-haired cat that doesn’t shed much like other cats. Also, the shorter hair makes this breed easier to groom and take care of. Also, this makes it less likely for people who are irritated from fur and dander.

Regardless of that, no cat is hypoallergenic. Yet when people think of cat allergies, they are most likely thinking about sneezing, watery eyes, or runny nose because of the fur and dander.

Although, that’s not the case with the Siamese lynx point breed because they are short-haired cats. However, a true cat allergy may cause rashes, respiratory troubles, watery eyes, and even hives because of a protein found in the cat’s saliva, oils, and urine.

In simple words, the Linx cat is a better choice as they don’t shed much like other cats and are also easier to groom as well. 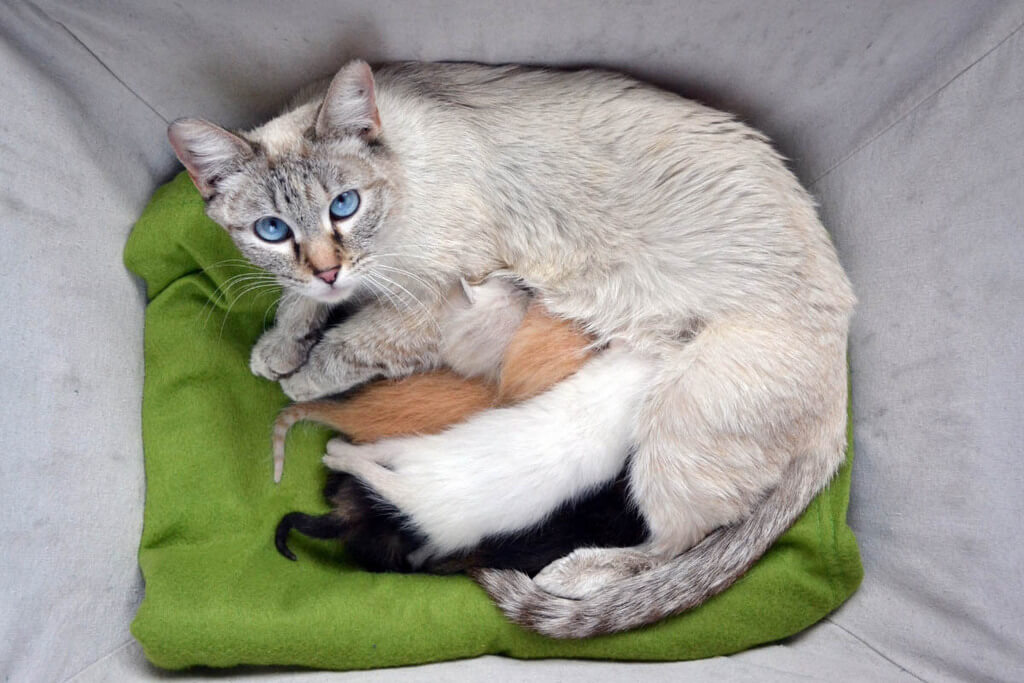 This Tabby Siamese cat can live pretty long as it is a healthy cat breed. This breed doesn’t even go through a lot of health issues during its lifespan, but some health risks can pop up in the later years of their lives.

That being said, if taken great care of, this breed can easily live up to its average lifespan of 15-20 years.

However, some of the health issues that this Lynx Point includes:

Apart from all these health issues, Lynx Point is also vulnerable to becoming fat. When not carefully monitored, they tend to overeat, resulting in obesity and bringing more health issues.

As we mentioned in the article, the Siamese breed has a muscular body that cannot carry extra weight. Carrying extra weight on their body can cause arthritis or other joint-related issues.

Things to Know Before Owning a Lynx Point Cat 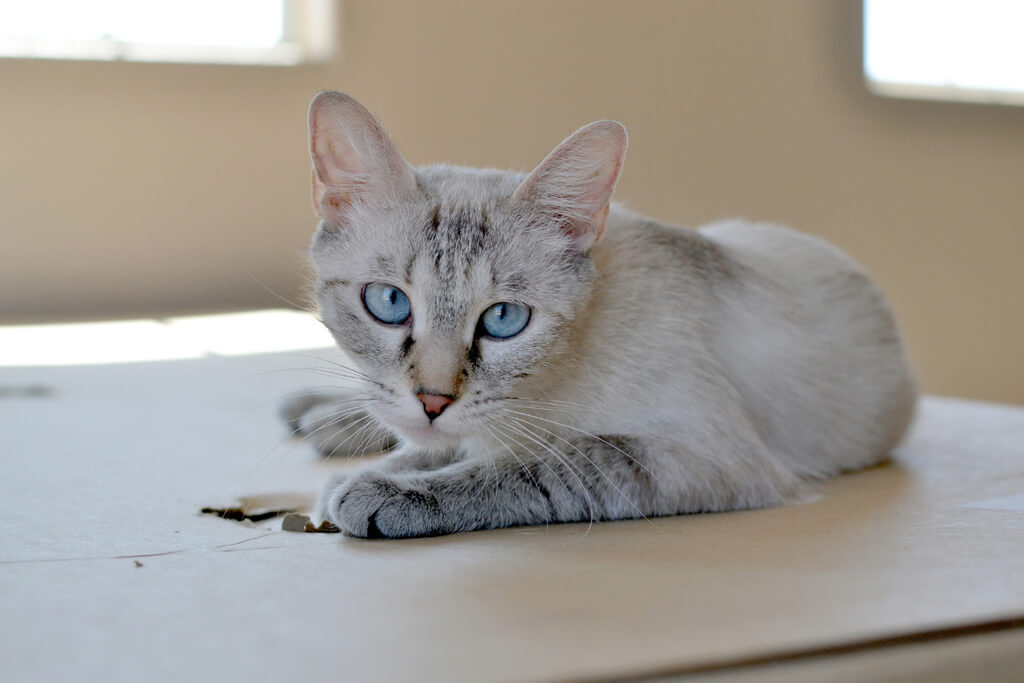 When it comes to the food and diet options for Lynx Point, there are a number of options to choose from. All you need is to make sure that they are getting enough protein through dry food like kibble.

Apart from that, you can also choose a wet food like a topper to balance the moisture content. In order to get creative, you can try your hands at making fresh food while following the strict requirements for the Lynx Point Siamese kittens.

In addition to protein, this breed also needs fiber, amino acids, vitamins, and more which you can get from high-quality cat food.

The Lynx Point cats are extremely energetic, so you don’t have to worry about their physique. They love to chase and are of playful nature. Though, their energy levels may reduce as they tend to grow older.

Train them in such a way that your Lynx Point Siamese picks up on a method. The first thing that you can teach them is litter box training because cats are curious to learn new things.

As the cats are curious, they will do what they want, and they won’t feel committed. All in all, you can just let your cat play as they want.

This breed of cats doesn’t require much grooming because they are short-haired. While talking about their grooming needs, a bath and claw trimming once a month or two are more than enough.

Furthermore, weekly brushing can also benefit the Lynx Point Siamese. Also, they are short-haired, and they shed less, thus making it perfect for someone who is sensitive to cat dander. 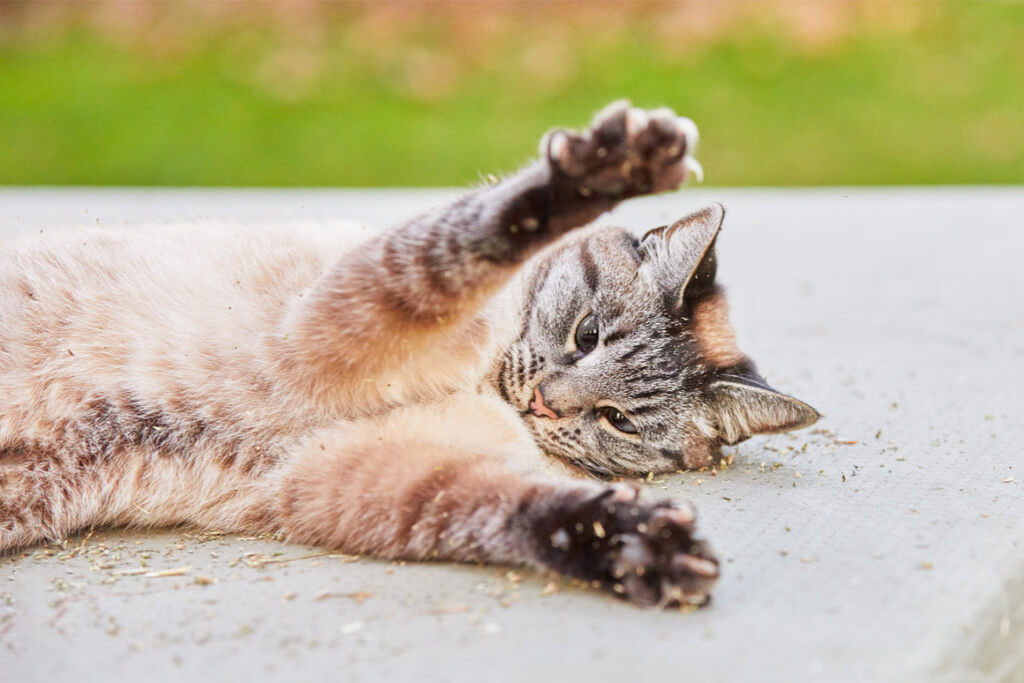 There are some noticeable differences between the two Lynx Point genders.

The female Lynx Point cats are very selective about what they like and will only have one person whom they like. In rare cases, some of them can be extremely social. The females are also very moody as compared to their peers.

As compared to females, the male counterparts are more crazy and energetic but at the same time are mostly inactive and adorable. 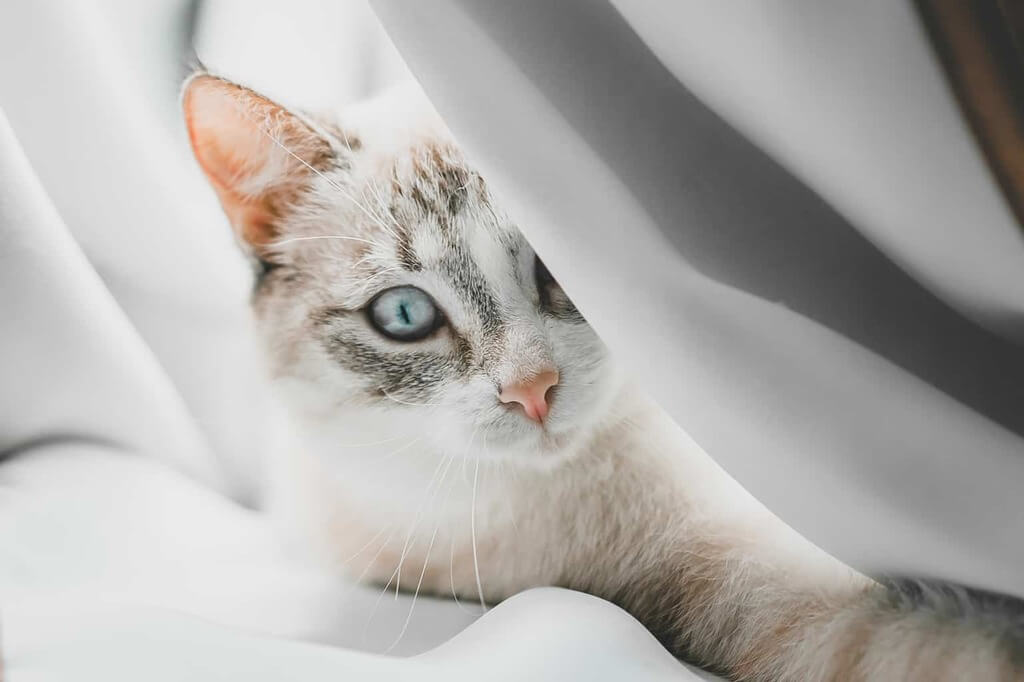 Lynx Point Siamese Was a Mistake

Although this breed was an accident, it was man-made by mixing a Siamese with a Tabby cat.

The Lynx Point breed looks similar to wild Lynx. The name Lynx Point is also derived from the wild Lynx as it looks exactly the same.

All Pointed Cats Are White When Born

The pointed cat breed, including Lynx Point Siamese, Blue Point, Flame Point, and more, are white when they are born. Their coat is very sensitive to temperatures and only develops in cold weather conditions.

There Is No Such Thing as Lynx Point Siamese

This breed got its name because it looked similar to Lynx Colorpoint Shorthair and started referring its coat with them. In reality, the Lynx Point is not a cat breed.

These Cats Are Hypoallergenic

One of the best things about having a Lynx Point is that they are hypoallergenic because they shed less and produce a very little amount of an allergen called Fel D1.

‘M’ Printed on the Head

One noticeable feature of this breed is that the color circles on their face in such a way that it creates the letter ‘M’ on their forehead.

Although they are lovable and curious, the truth is this Tabby Siamese mix is free-spirited. You can just leave them alone and go off to work without letting them feel sad or left out.

So, now you know everything about the Lynx Point Siamese. You can bring this cat to your home without worrying much. You will easily fall in love with their personality and joyful nature. When they start liking you, they will follow you anywhere you go. If they take proper care of their food and diet, they can live more than 20 years.

In short, they are a perfect choice if you love cats and want a pet that is calm and doesn’t annoy you much.