Capybara And How To Nurture Them

The Capybara (Hydrochoerus hydrochaeris) is a mammal which is native to South America. It is also the largest living rodent in the world. Its close relatives are the guinea pigs and the rock caves, and it is distantly related to the agouti, the chinchilla, and the coypu. The capybara inhabits the savannas and dense forests and lives near bodies of the water. It is a very social species and can be found in very large groups which are as large as 100 individuals, but usually, they live in groups of 10–20 individuals. 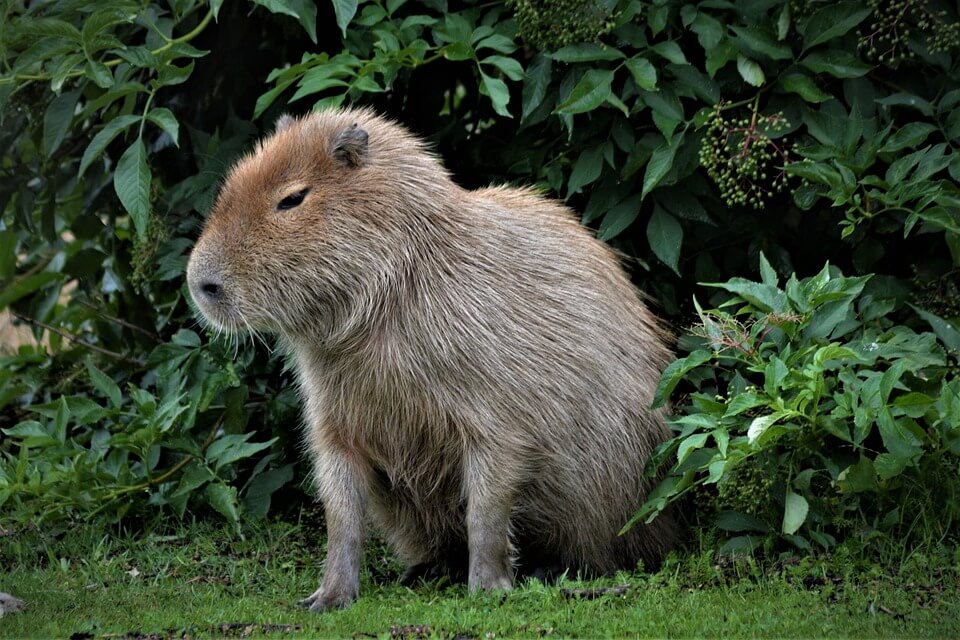 The capybara is not a threatened species but they are hunted for their meat and hide and also for the grease from its thick and fatty skin, which is used in pharmaceutical trade. The capybara and the lesser capybara, both belong to the subfamily Hydrochoerinae. Since 2002, molecular phylogenetic studies have recognized a close relationship between the Hydrochoerus and the Kerodon, the rock cavies, supporting the placement of both those genera in a subfamily of Caviidae. Paleontological classifications are yet to incorporate this new taxonomy and continue to use Hydrochoeridae for all capybaras while using Hydrochoerinae for the living genus and it’s closest fossil relatives which are Neochoerus. 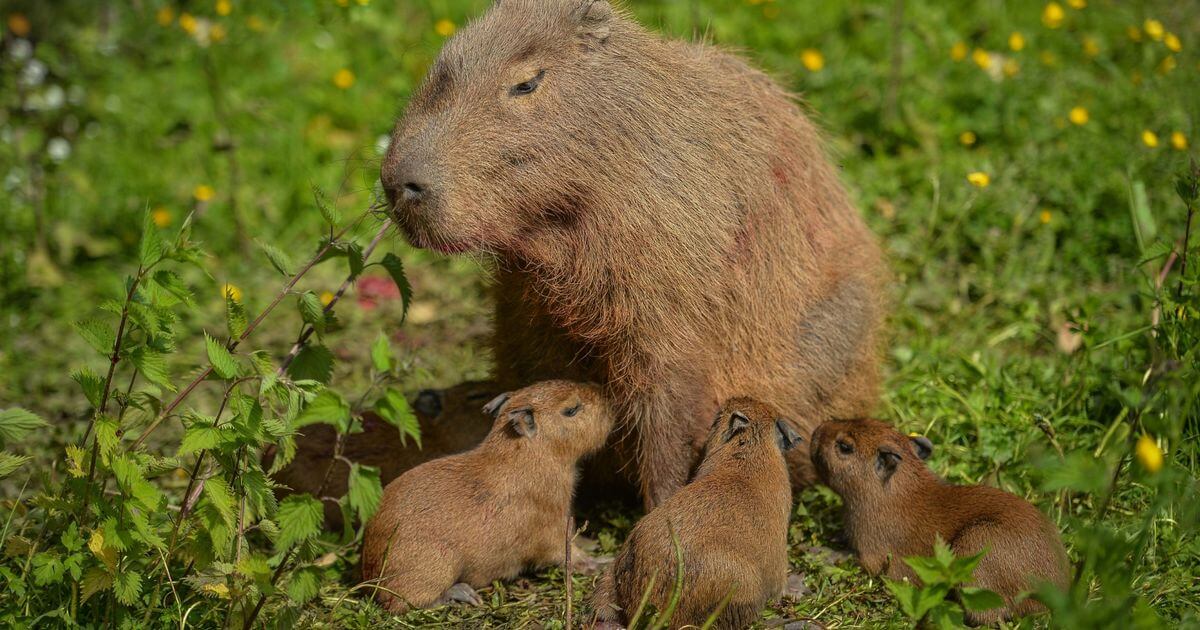 The taxonomy of fossil hydrochlorides is also in a state of flux. Recently the diversity of the fossil  Hydrochoerus has been substantially reduced. This is largely due to the fact that capybara molar teeth show strong variation in the shape over the life of an individual. In one instance the material once referred to four genera and the seven species on the basis of differences in the molar shape is now thought to represent the differently aged individuals of the single species, Cardiatherium paranense. Today here at Pet Nurturing we learn more about capybara and how to take care of your capybara pet. 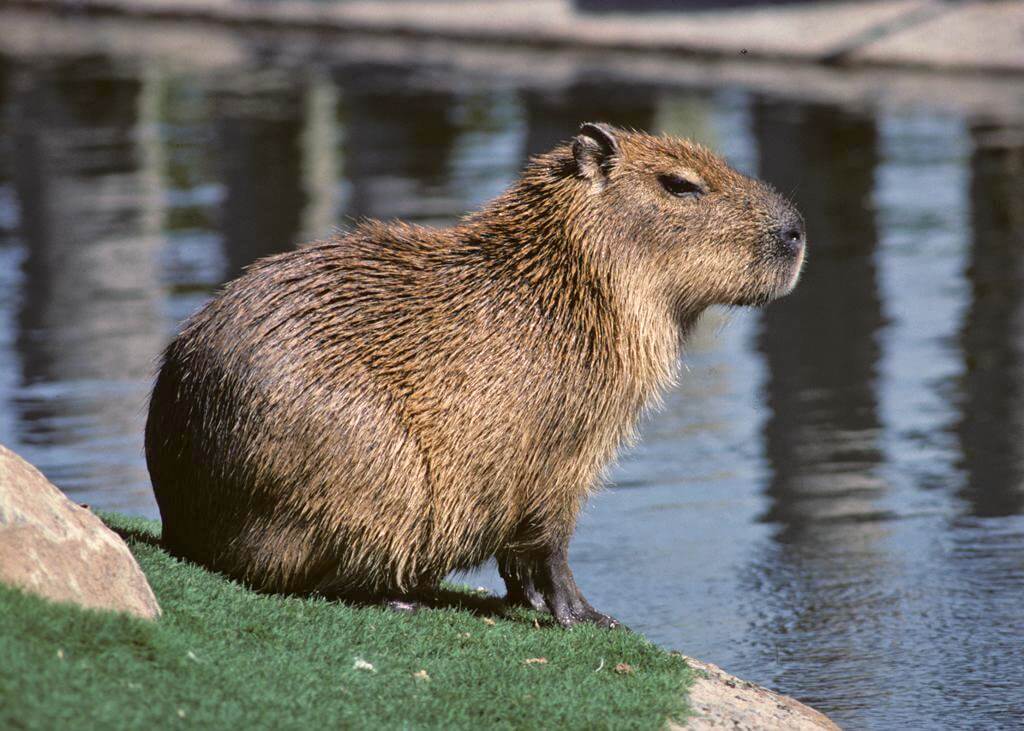 It has a heavy, barrel-shaped body with a short head and reddish-brown fur on the upper part of its body which turns yellowish-brown underneath. Its sweat glands are on the surface of the hairy portions of its skin which is an unusual trait among rodents. Adult capybaras grow to 106 to 134 cm in length, stand 50 to 62 cm tall at the withers, and typically weigh 35 to 66 kg, with an average in the Venezuelan llanos of 48.9 kg. The females are slightly heavier than the males. 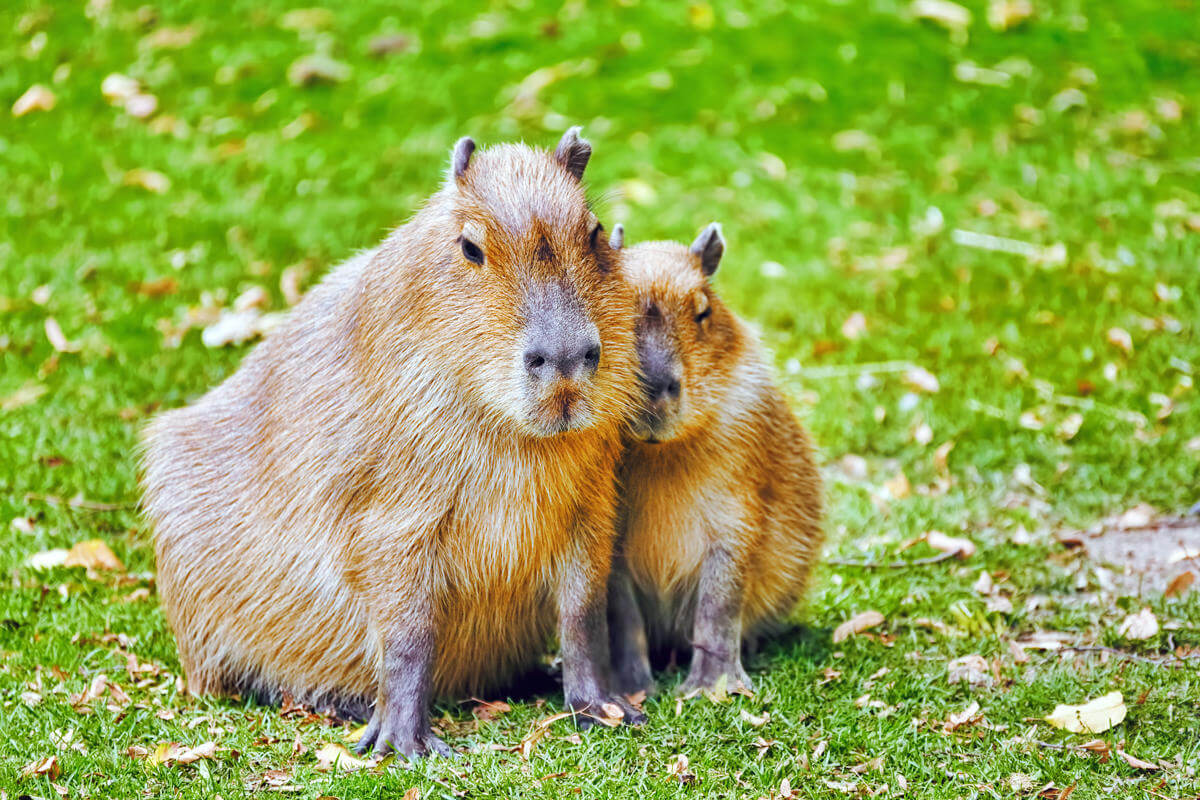 The highest recorded weights are 91 kg for a female from Brazil and 73.5 kg for a male from Uruguay. They do have slightly webbed feet and some vestigial tails. Their hind legs are just slightly longer than their forelegs; they have three toes on their rear feet and four toes on their front feet. Their muzzles are very blunt, with the nostrils, and the eyes and ears are near the top of their heads. 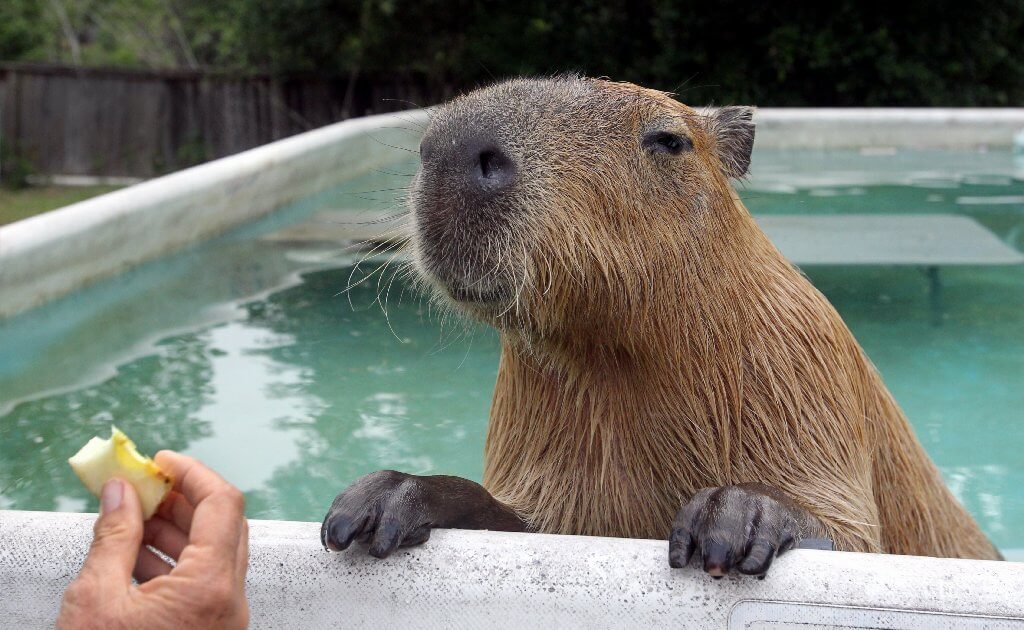 Capybaras are well known to be gregarious. While they do sometimes live solitarily, they are more commonly found in groups of around 10–20 individuals which have two to four adult males, four to seven adult females, and the remainder is juveniles. The capybara groups can consist of as many as 100 individuals during the dry season when the animals gather around available water source. Males establish the various social bonds, dominance, or general group consensus. They make dog-like barks when they are threatened or when the females are herding young. 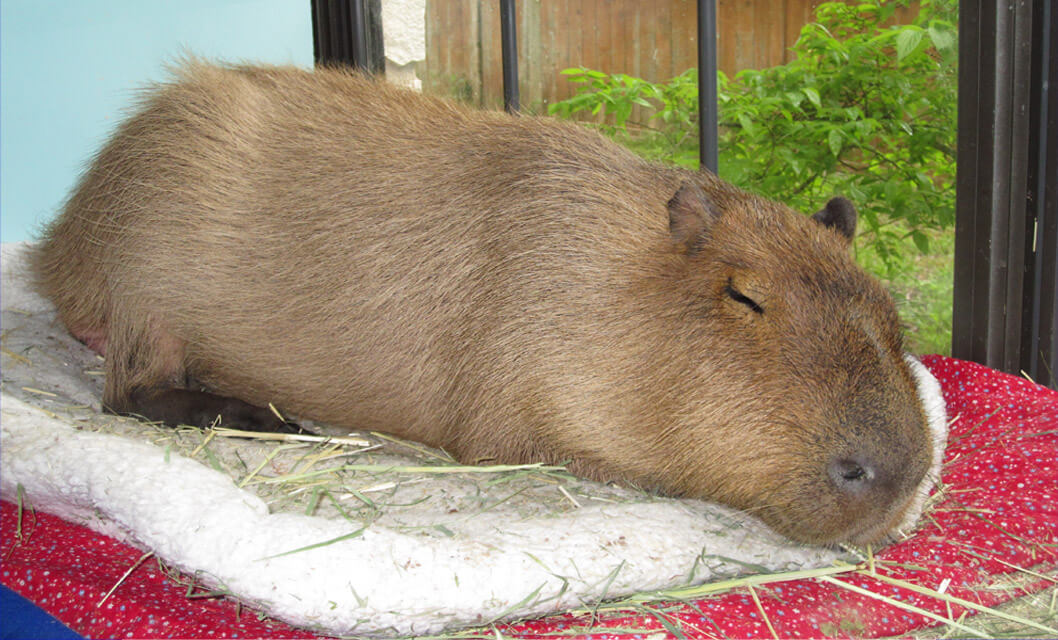 Some of the health concerns of the capybara which should be known by one if they are looking to keep them as a pet are as follows : 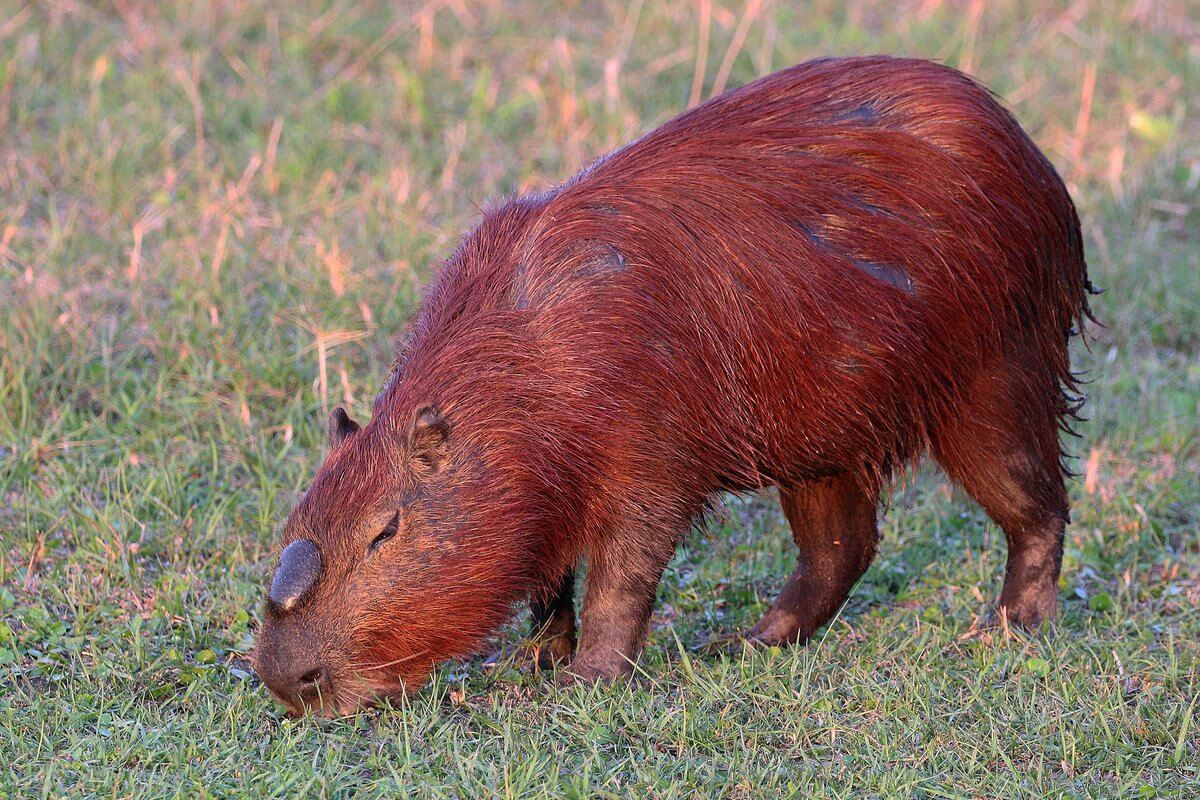 Any owner or adopter must keep a lookout for these issues or health concerns.