Golden retrievers are the most beautiful dog on the planet, with its long and shiny coats. Have you ever wondered, does it have any brother-breed with a white or cream coat? If yes, then my friend you have seen an English cream golden retriever. What type of breed is it? Is it from the golden retriever family? Really, is it healthier than a dark golden retriever? Is it the same breed that we see daily on the streets of America? Are American Golden retrievers and English golden retrievers the same? And many other questions are revolving around the internet.

The breed has taken over the internet by the (love) flood. Also, why not! This cute looking fluffy is a heart stealer. Here this I have discussed everything about this cutie. From its history to its personality and health issues.

What is an English Cream Golden Retriever?

These dogs were first bred in Scottland in between 1854 to 1894. This is the mixed breed of two rare dogs, Wavy Coated Retriever and Tweed Water Spaniel. After their breeding, they were used as gundogs.

The unique point of this breed is its retrieval skill, it could retrieve from both land and water. Around the year 1910, this breed was seen in America, and since then they have gained much popularity. 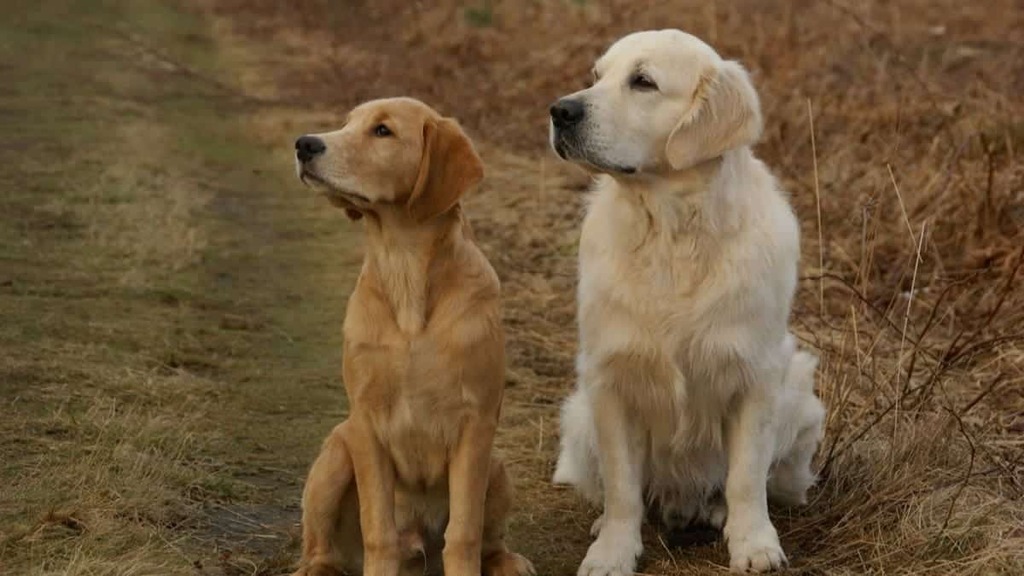 Yes, there is a difference between their appearance to its genetics. Let’s read this in detail: 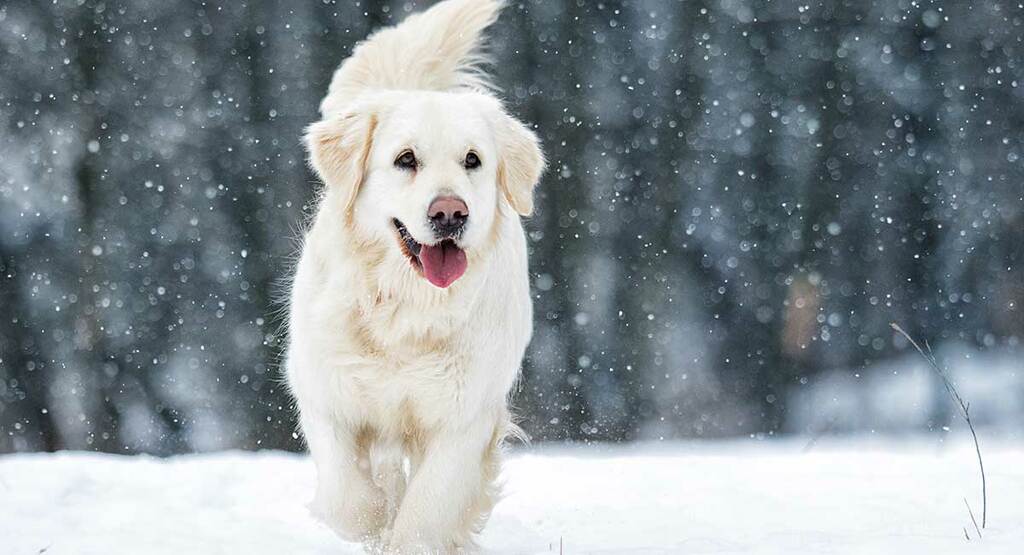 The answer might disappoint you but there’s no such breed. As in, there are no white colored golden retrievers. Yes, that’s true. You might have seen the white-like goldens but it is the lighter shade of the gold or cream only.

There’s no white color coat in goldens, and they aren’t even recognized as a genuine breed by AKC. So if someone tries to sell you white golden retrievers, don’t get fooled and ask for the complete details about the pup. Also, light-colored pups are considered as faulty and hence there are chances of you or any breeder being penalized for keeping the same. 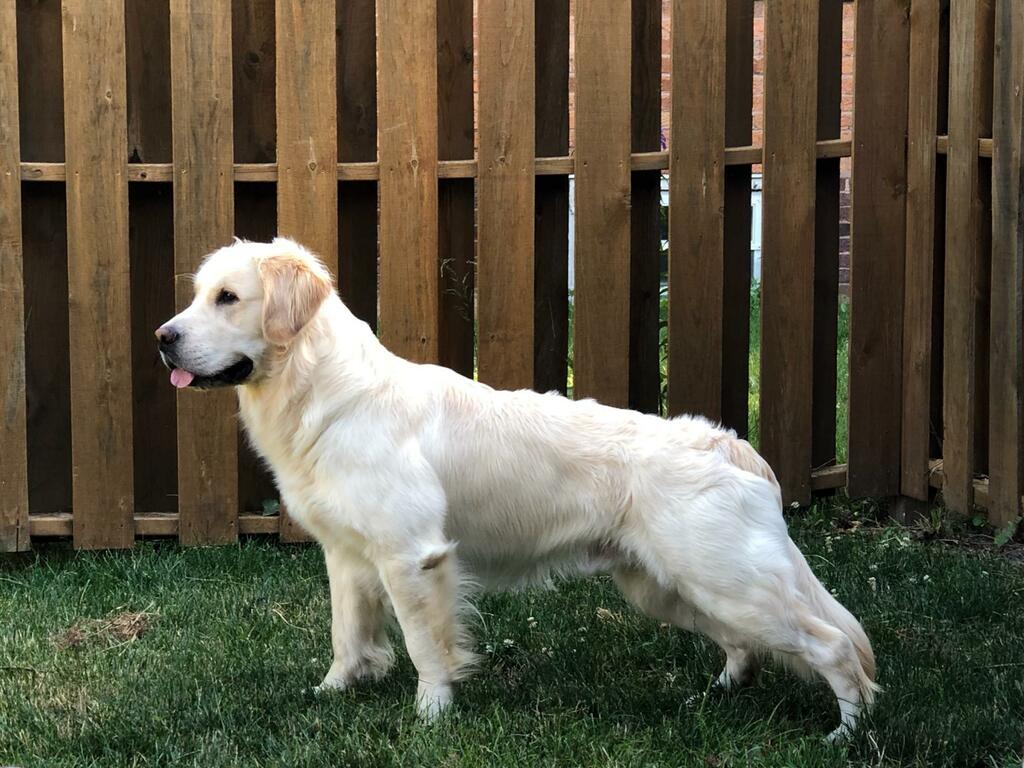 As we said in the above point, too light-colored golden retrievers are not liked much by AKC, there not officially accepted by them either. According to the American Kennel Club, golden with these standard color code are only accepted and registered:

All the other colors, AKC doesn’t accept. Many breeders have registered their cream golden retrievers under light golden color code, but conformation is not genuine. So be careful, while buying one.

Are there any health benefits? 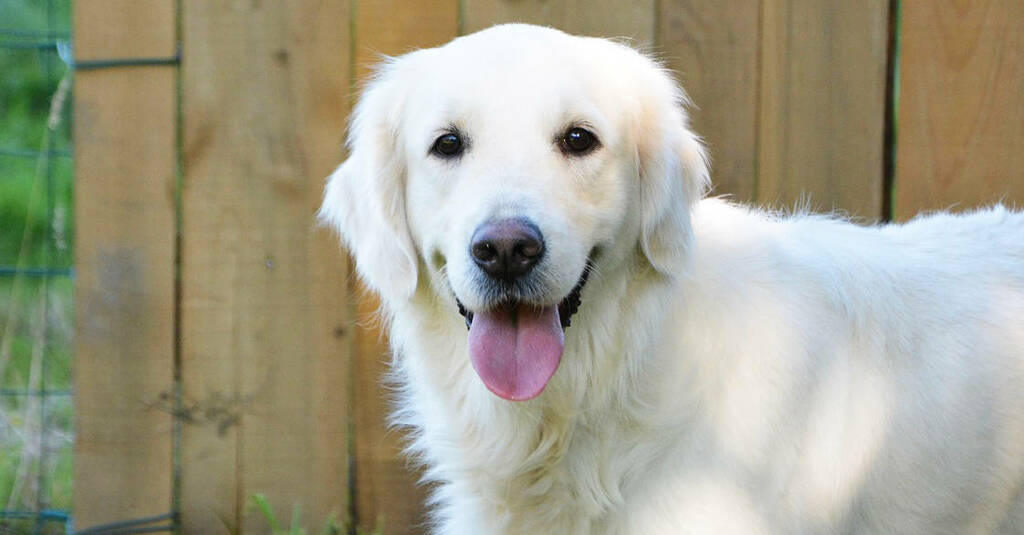 Okay, if someone is advertising them as more healthy than any other of its counterparts, stay away. Like there’s no such proof proving them as healthy than other goldens.

Like all the other dogs out there, it is also prone to some serious and moderate health conditions. Which are they? Let’s have a look:

Apart from these, we would like to say one thing only, the health of the pooch depends on the nature of genes selected to breed and its nurturing. If you take care of your lovelies properly, they will live longer.

Golden retrievers often face death because of cancer, the same is with a cream golden retriever, but according to BKC that happens in a rare case. Basically, there is no proof of them being more healthy but surely proper nurturing will do the wonders. 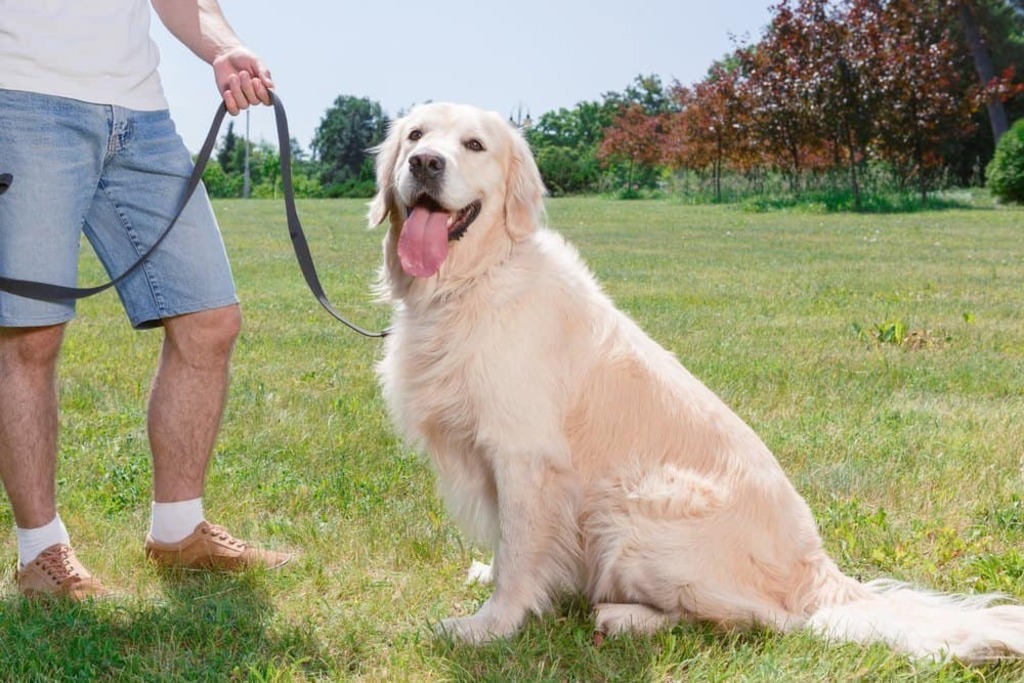 Like its loved ancestors, this breed also makes a good family pet. So the answer to this question is big YES! They make fantastic family pets. They are gentle and loving around the children and loves being with their families. However, there is one thing that you should consider its active behavior. This breed is really very active and will need a daily walk and proper training. So if you are a lazy type of person, don’t go for this one.

What is the life expectancy of English Golden Retrievers? 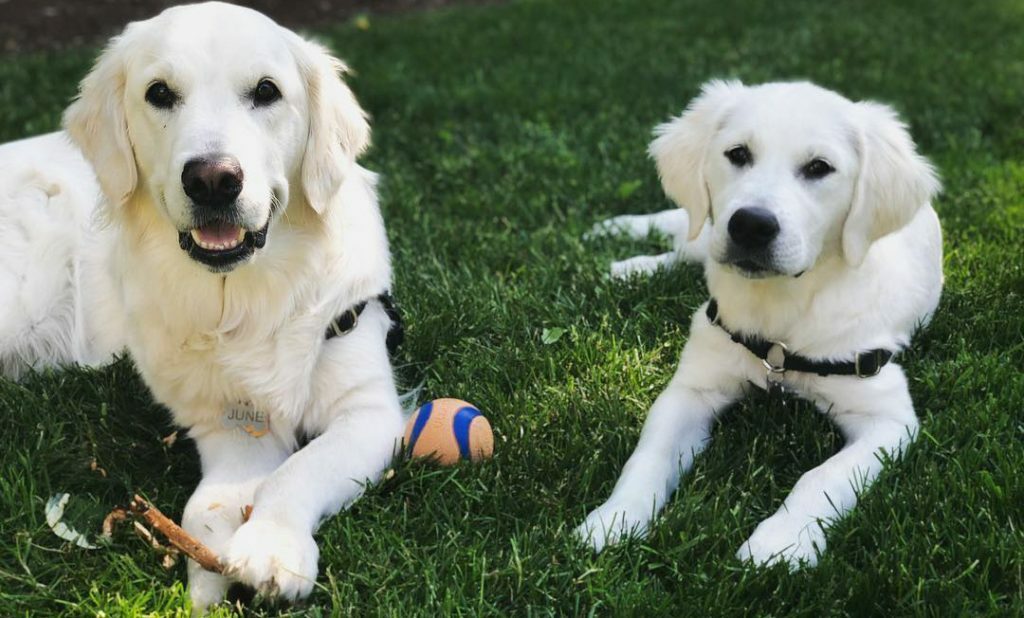 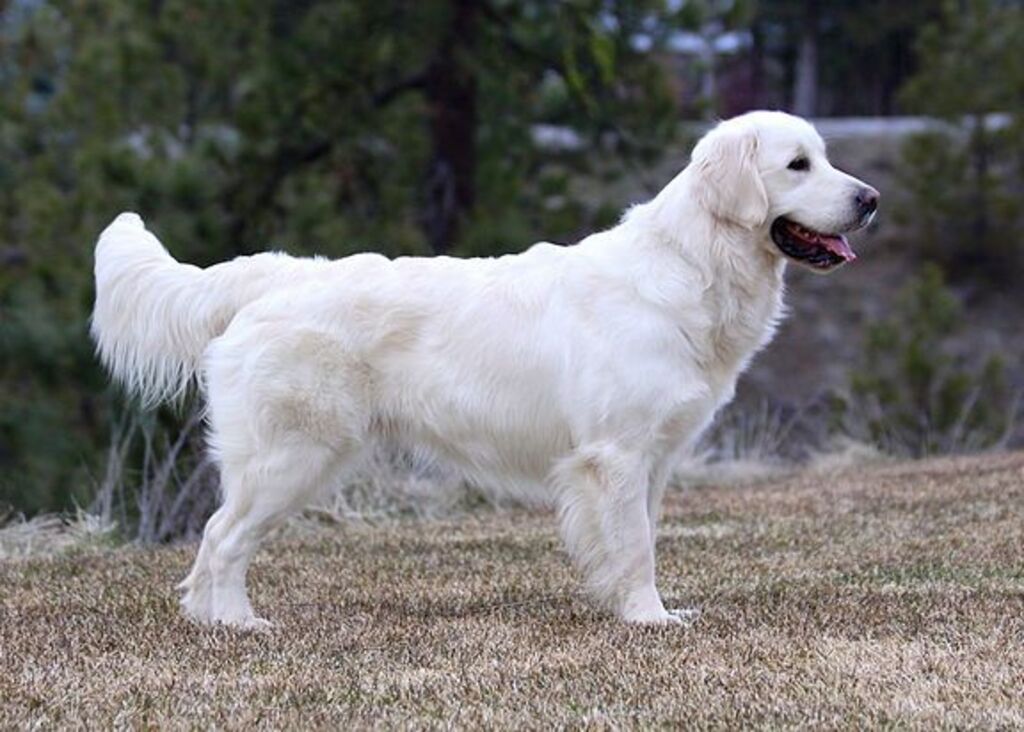 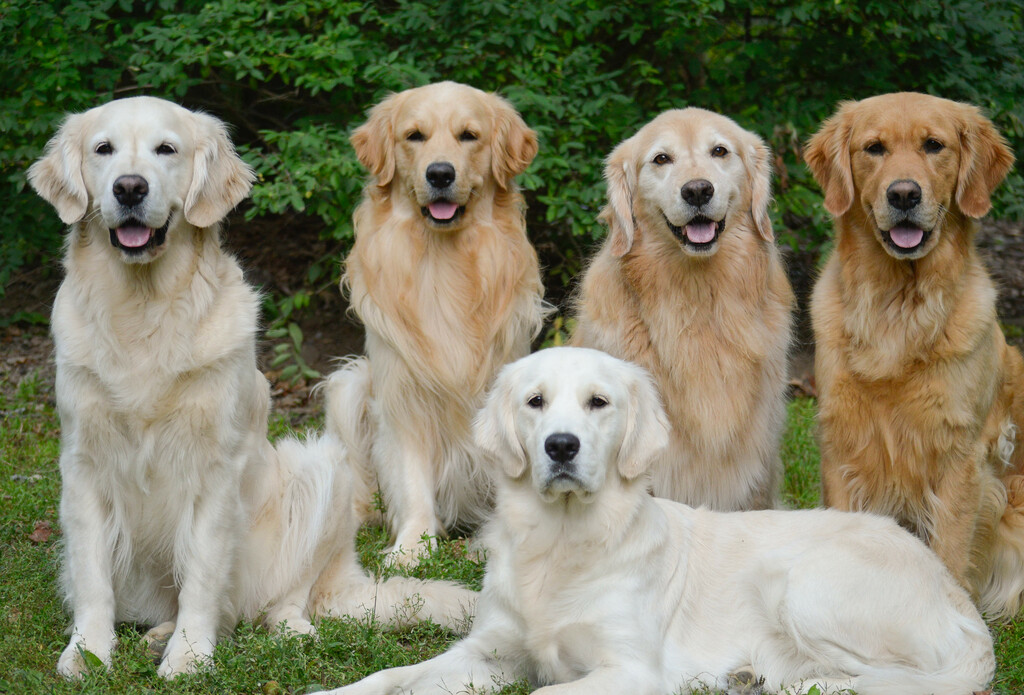 Here are a few facts that we might have missed to cover up in the above sections:

This was also about sibling breed of golden retriever – English Cream Golden Retriever. This cute breed is all about family love. They will stay calm when at home, once you take them out you will see the other side of this pup. All-in-all if you are planning to buy this one, go for it. Just make sure about the genuinity of the breeder and ask for all the conformations.

For more information on pets and their care, visit PetsNurturing.