Wolf or Dog? – A Reality of Game of Thrones Dire Wolves Revealed

“When the snows fall and the white winds blow, the lone wolf dies, but the pack survives.”

Not just starks, but their pets also got famous with each season. Game of Thrones has its separate loyal fanbase. It’s like once a Wolf always a Wolf. After the seasons were released many fans who loved the game of thrones dire wolf breeds tired to search about them, you would have probably done the same.

Their excitement went to zero when they read dire wolves are an extinct breed of wolf. But many questions arose with it, like, if they are extinct how they appeared in the show? If not a dire wolf, what are they? Special effects or replicas?

Even still some Thronees (a word for GoT fans) are finding the answer for the same. We have cracked up the answer to the question. We would rather call them the game of thrones dog then dire wolves.

Yep. You read it right. The dire wolves that appeared in the GOT are neither actual dire wolf nor special effect. It is played by the Northern Inuit dog breed. Here in this article, we are going to give a quick sneak-peak on the characteristics of both Dire Wolf and Norther Inuit Dog Breed. After that, we are going to talk about the Starks and the bond they had with their dire wolves.

A fact you all know about:- The sigil of House Stark is a grey dire wolf on a white background, over a green escutcheon. 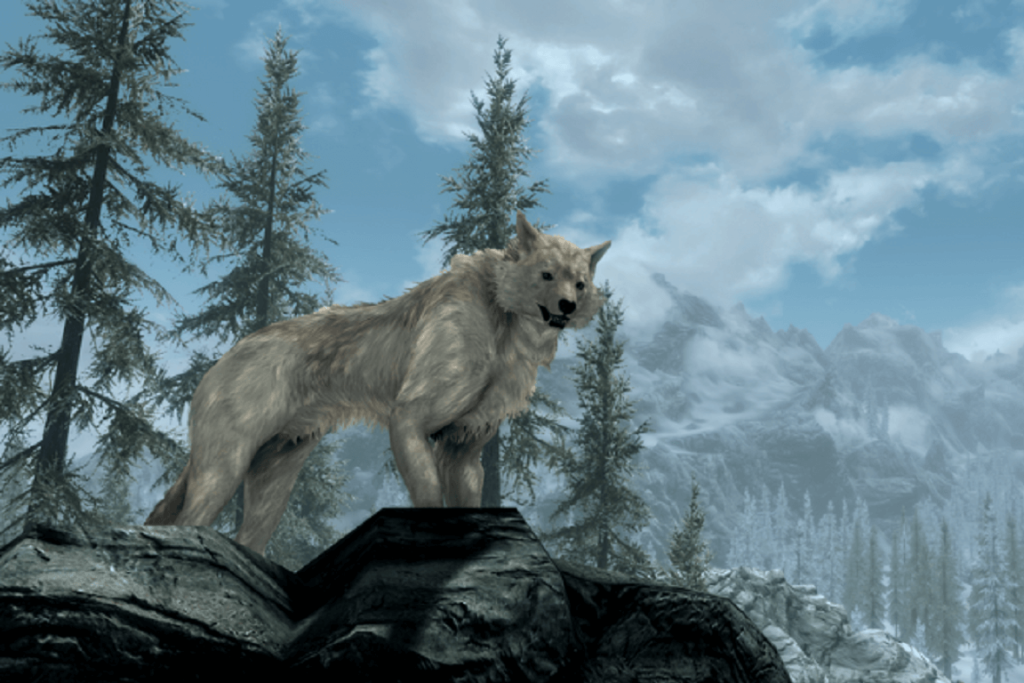 Game of Thrones dire wolves is actually an extinct breed. A breed that got extinct 10,000 years ago. So there is not even a 0.1% chance that the pets displayed in the show are Dire Wolf. Below are the few characteristics that you would be interested to know about:- 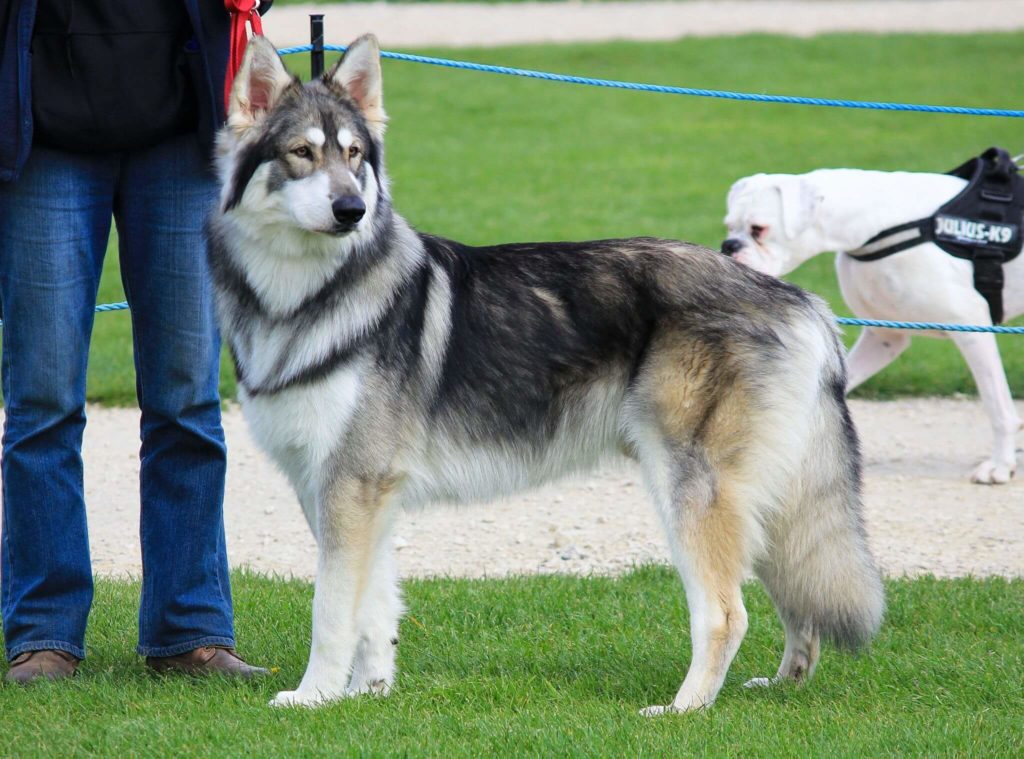 Northern Inuit dogs are said to be the perfect pet a person can have. Its characteristic of being non-aggressive and friendly makes everyone love them. But they can sometimes act stubborn and challenging to train because of its parent breeds.

It is said that they were created as mixed-breed of Siberian Huskies, Alaskan Malamutes, and German Shepherds in the 1980s by Eddie Harrison. Another story states that they were bred from Canadian Eskimo Dogs and Labrador Huskies in the 1970s and were brought from the USA to the UK.

Six Dire Wolves of GoT 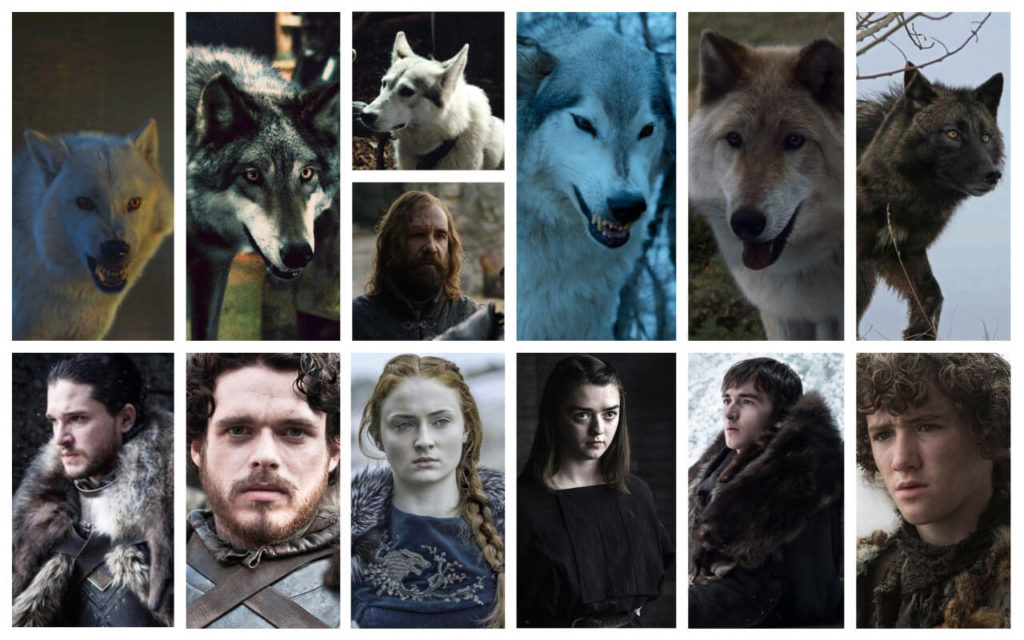 We all know there were six dire wolves, one for each stark. They were gifted to them by Ned Stark (Lord of Winterfell, then). They came in the scene when Eddard Stark and his sons find a dead dire wolf with its surviving cubs. He was ready to kill them too, but Jon Snow asks him to let them live and to gift each of them to his legitimate children. The reason behind it was simple, dire wolf was the symbol of the stark family. After he is convinced there comes one more white cub which was given to Jon Snow, the illegitimate son.

These dire wolves were not only pets but their protectors as well. Read the below pointers to know about the bond they had with the Starks. 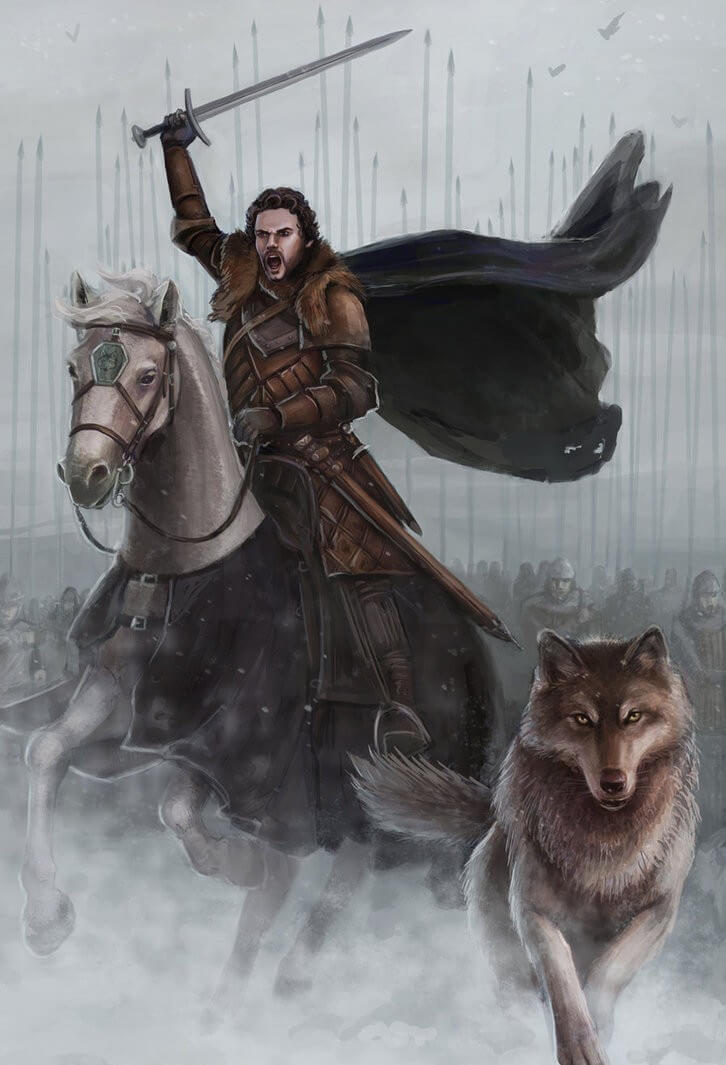 Grey wind the wolf that stayed with Robb Stark even in his toughest time. Grey Wind is the real hero of the Battle of Oxcross, as it scares the horses and this way the guards were killed and Lannister forces were ended. In the end, both the owner and pet were killed in the same way by the hands of Freys and Lannisters. 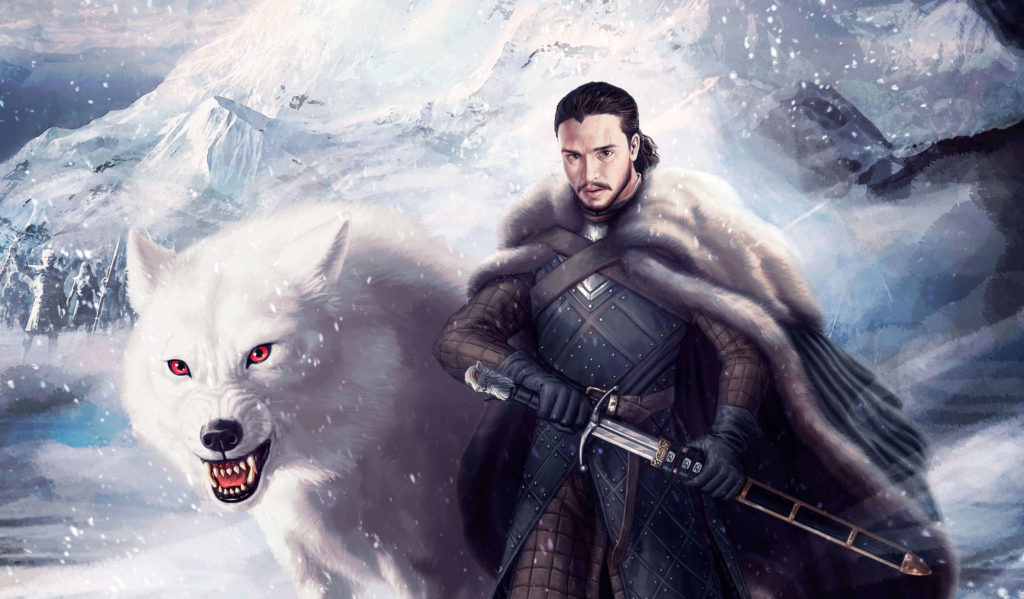 The most famous dire wolf of the entire season is Ghost, because of its unique appearance. The ghost was loved by every GoT fan. It had red eyes and a white body, which made it look different from other cubs. The ghost reflected the personality of Jon Snow perfectly. It accompanied Jon and his friend Sam in the entire series, even when they joined Night’s Watch. 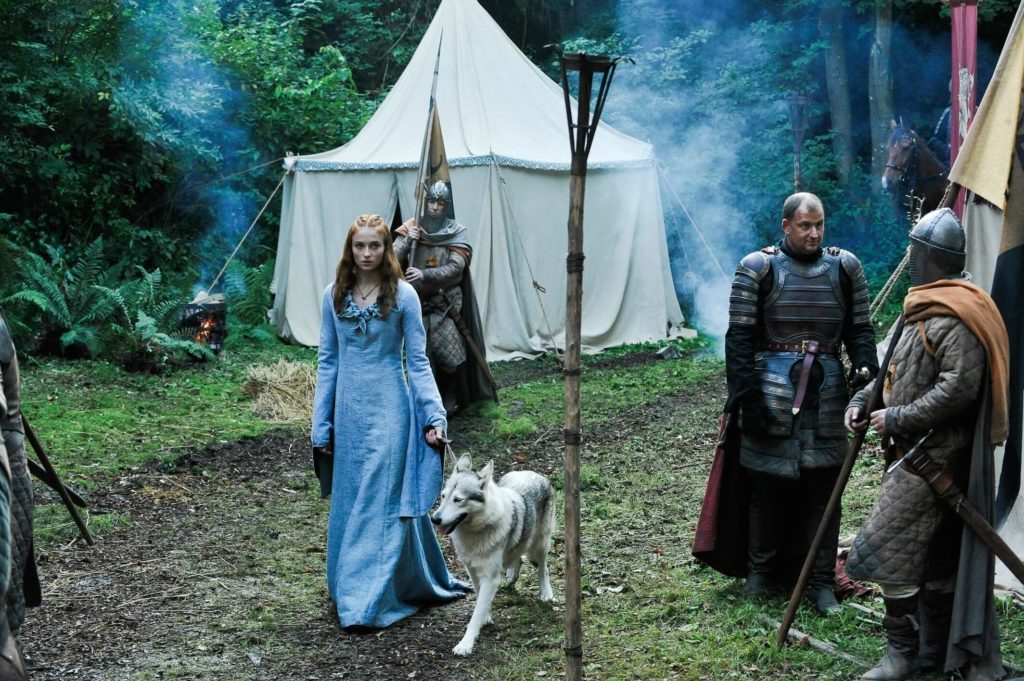 The first dire wolf to die in the entire series is the Lady. Lady was the Dire Wolf of Sansa Stark (Lord of Winterfell, now). When Nymeria, the dire wolf of Arya Stark bites prince Joffery to save Arya, she orders it to go away in order to save it from the death sentence. But Queen Cersei Lannister was not satisfied and ordered to kill any of the dire wolves. Ned himself kills the Lady before butcher can. This way, Lady was not able to stay with Sansa for much time. 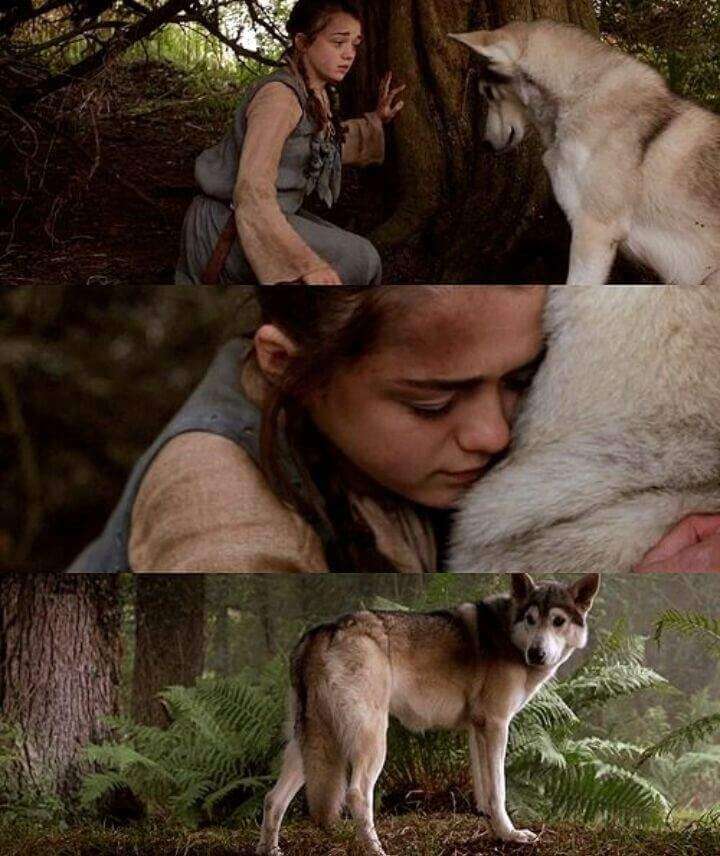 Nymeria – the long lost dire wolf. After Arya made it go away, it was seen in the entire series. Its whereabouts are still unknown. But they both are mentally connected. Nymeria has shown great loyalty towards Arya. 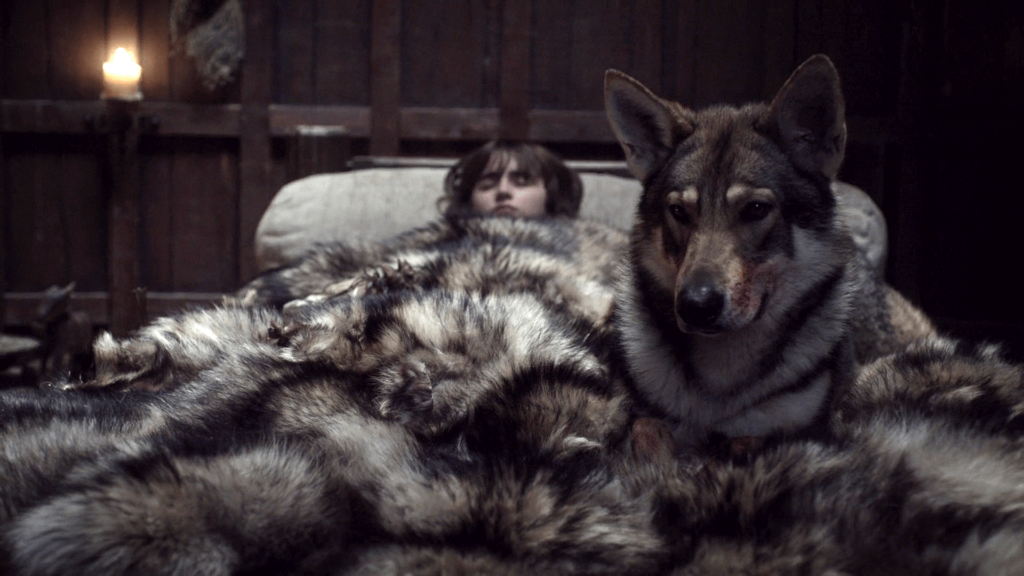 Summer can be said one of the bravest dire wolves as it fearlessly attacks the white walker in order to save the life of Bran Stark. Throughout the series, Summer follows Bran and protects him from every danger. At last, it lost its life while protecting Bran and his companions from the Army of Dead. 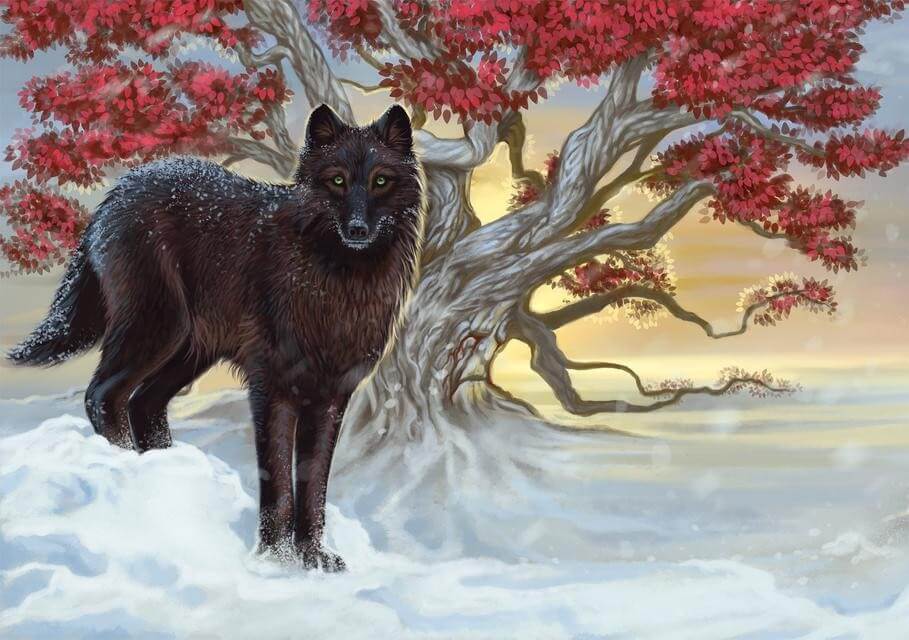 The easiest to recognize was the Shaggydog, because of its black fur. It was the fierce protector of Rickon. In season six, it was beheaded, and its fur was used to make carpet. It was killed by Umber to show his willingness to work with Ramsay Bolton. Its head, along with its living owner, was presented to the Ramsay Bolton. 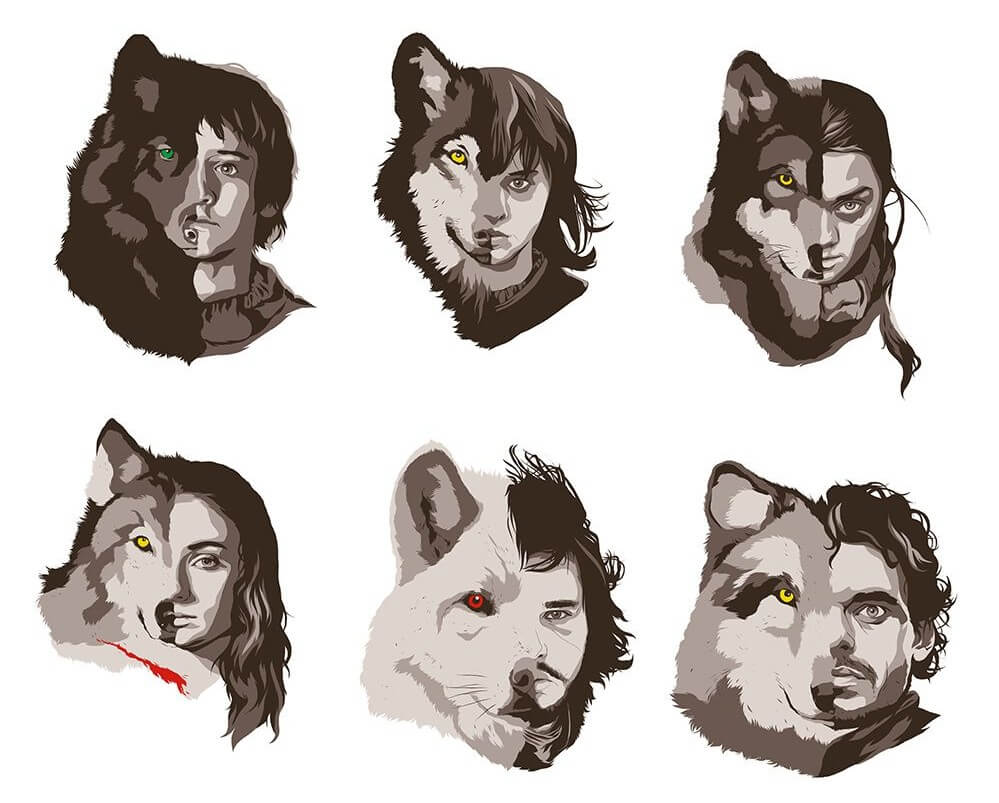 Let’s know about these interesting dog breeds that look like a polar bears.

Now you know everything about the GoT dire wolves or should I say dog? Haha. Whatever it is, we loved them. For more information on pets or relating to them, visit Petsnurturing.