All You Need To Know About Green Cheeked Conure

The Green Cheeked Conure is a small parrot of the Pyrrhua species which is mostly found in the forests of South America. It is generally of 10 inches or 26 cm and they can weigh up to 60 to 80g. They are mostly green in colour with primarily blue colour wings and having a pointed tail which is maroon in colour. Male conures and female conures are said to have identical appearances. These are also known as a green-cheeked parakeet. Let’s know more about them in our blog Pets Nurturing! 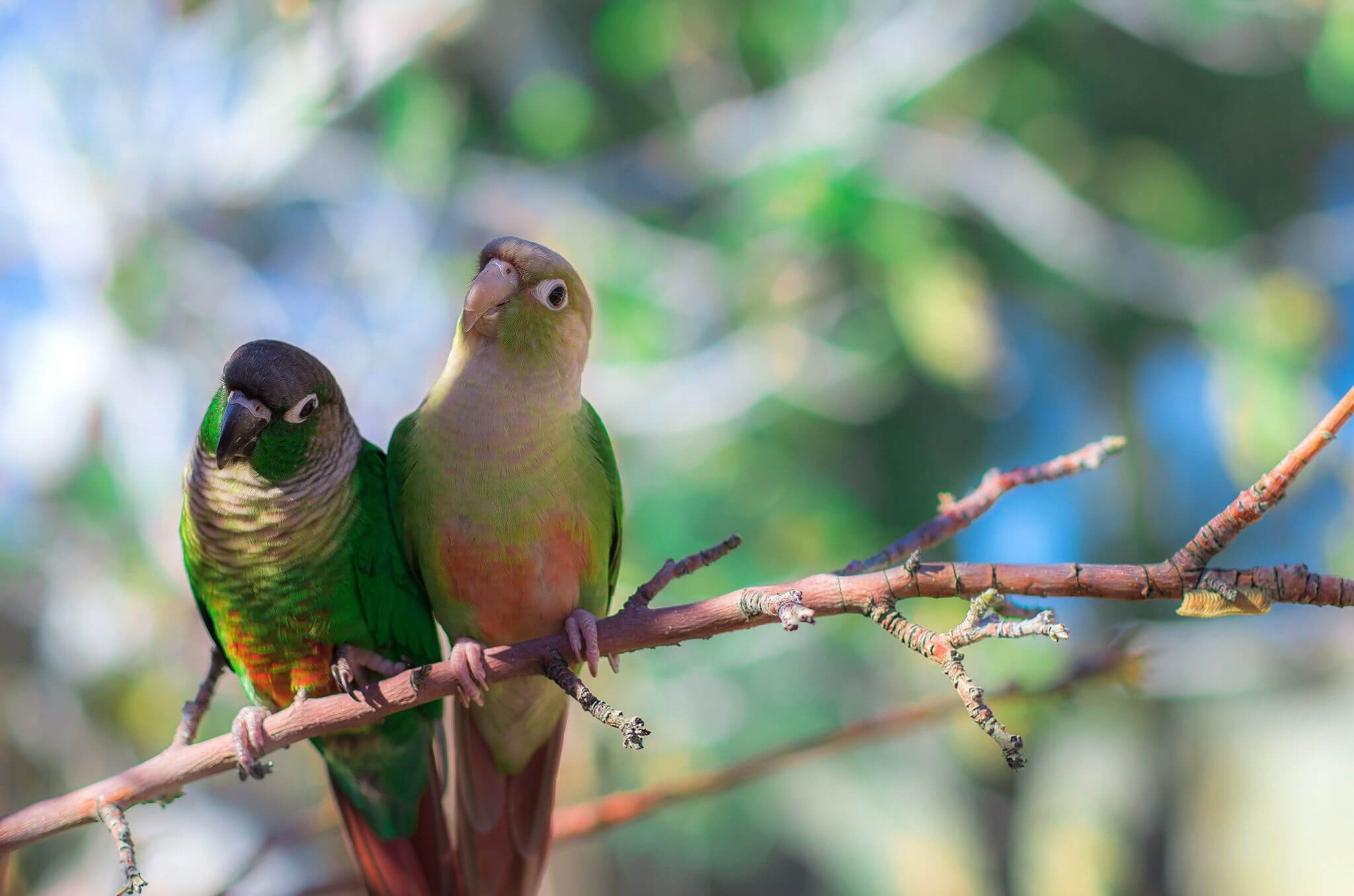 Also Read: Different Types Of Parrots And Their Traits

Green-Cheeked conures are predominantly found in the forests of Southern Mato Grosso in Brazil, eastern and northern Bolivia, western Paraguay and northwestern Argentina. They are mostly found in woodland and forests forming a group of 10 to 20 individuals sitting at treetop levels in search of food. They mostly consume fruits, vegetables and an extensive variety of seeds that are found commonly in the forests. Some conures are also found to feed on potatoes, carrots, bread, popcorn, and even pasta! 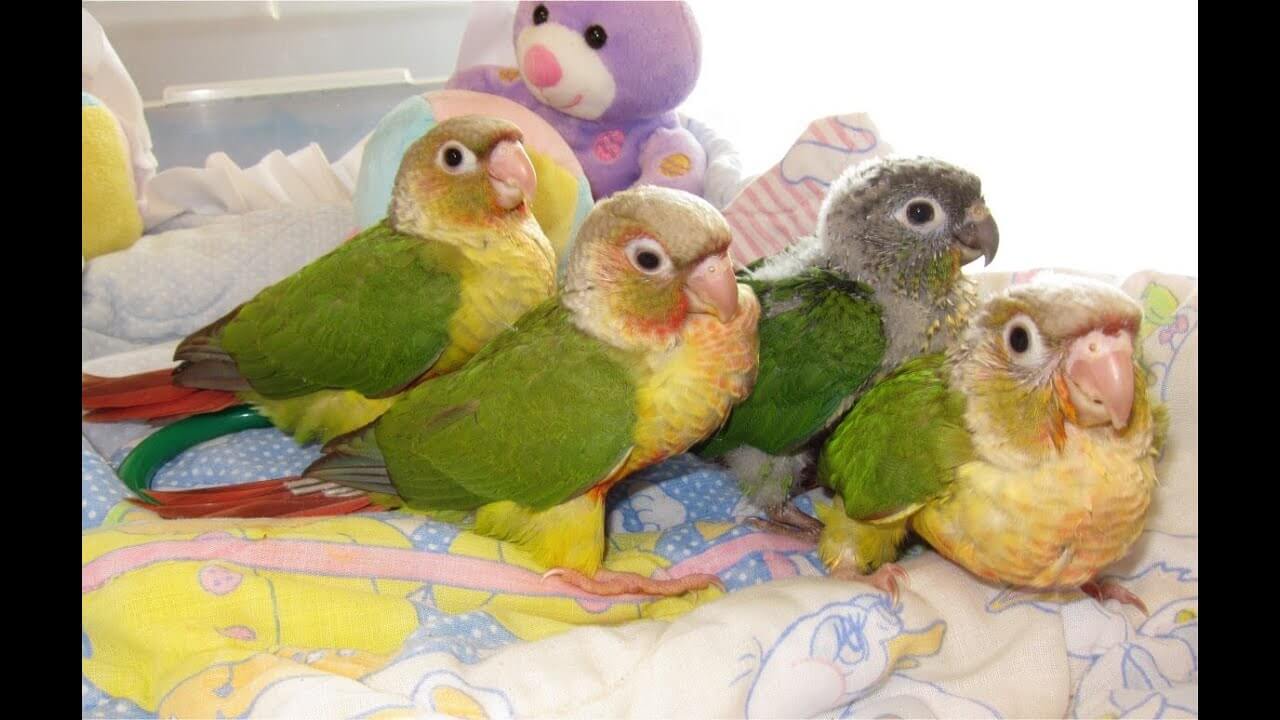 This bird is popular for providing companionship and is supposedly intelligent and playful. They are quick in adopting habits like kissing, hugging, hanging upside down than other parrot species. These conures are also known to make excellent pet birds. They do not really make loud noises but are known to bite a lot which can be cured with care and patience of the owners. The scientific name of this bird is Pyrrhura molinae and this species is known to have small bodies and long tails. 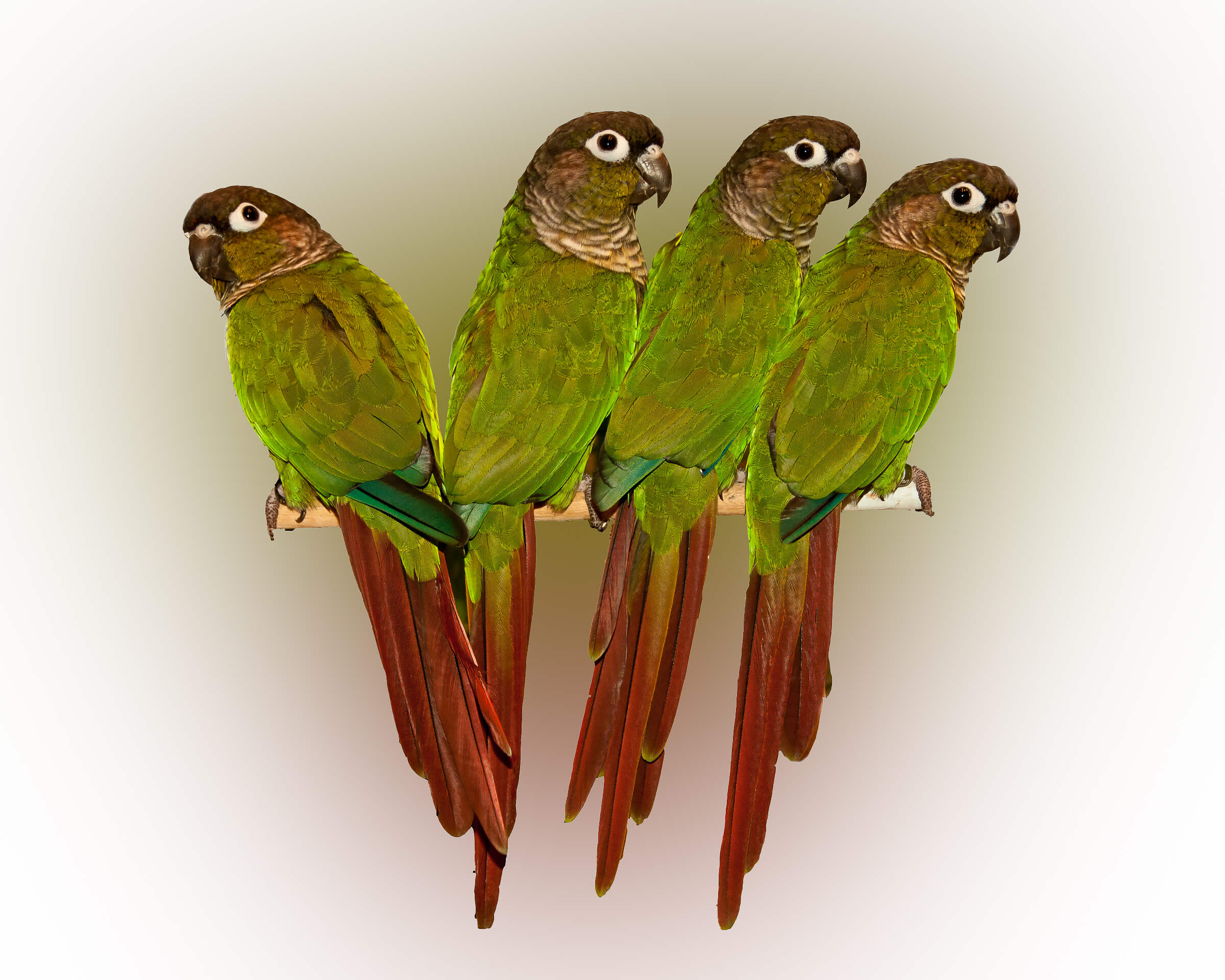 They are one of the most entertaining and affectionate bird species. Their average life span is for 30-35 years if taken proper care of. These birds are not really good talkers but just because they normally stay in a flock of 10-20 birds altogether, a little form of social interaction is absolutely compulsory for these birds. They are however quick to adopt other habits taught by their owners. These birds require a spacious cage and a home too as exercise is really important for these small buddies. 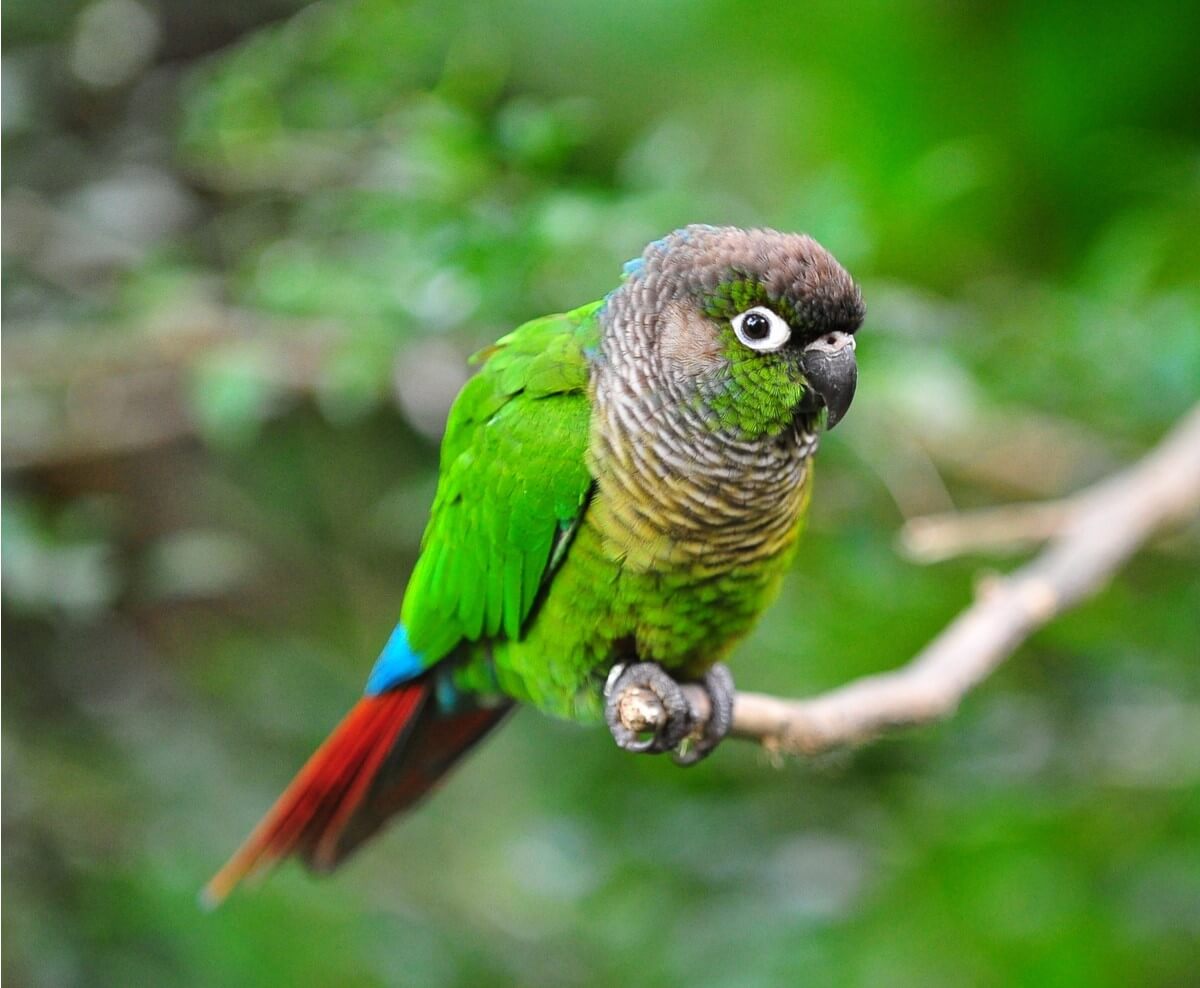 These birds are prone to some diseases like beak malocclusions, feather picking, and aspergillosis. It is really necessary to take these to avian veterans to avoid these. Feather picking is a common thing in most of the birds. But these birds have feather picking only when they are bored or feel neglected. They are known to draw the attention of their owners from the cage by hanging upside down or hiding under papers or simply dancing around! 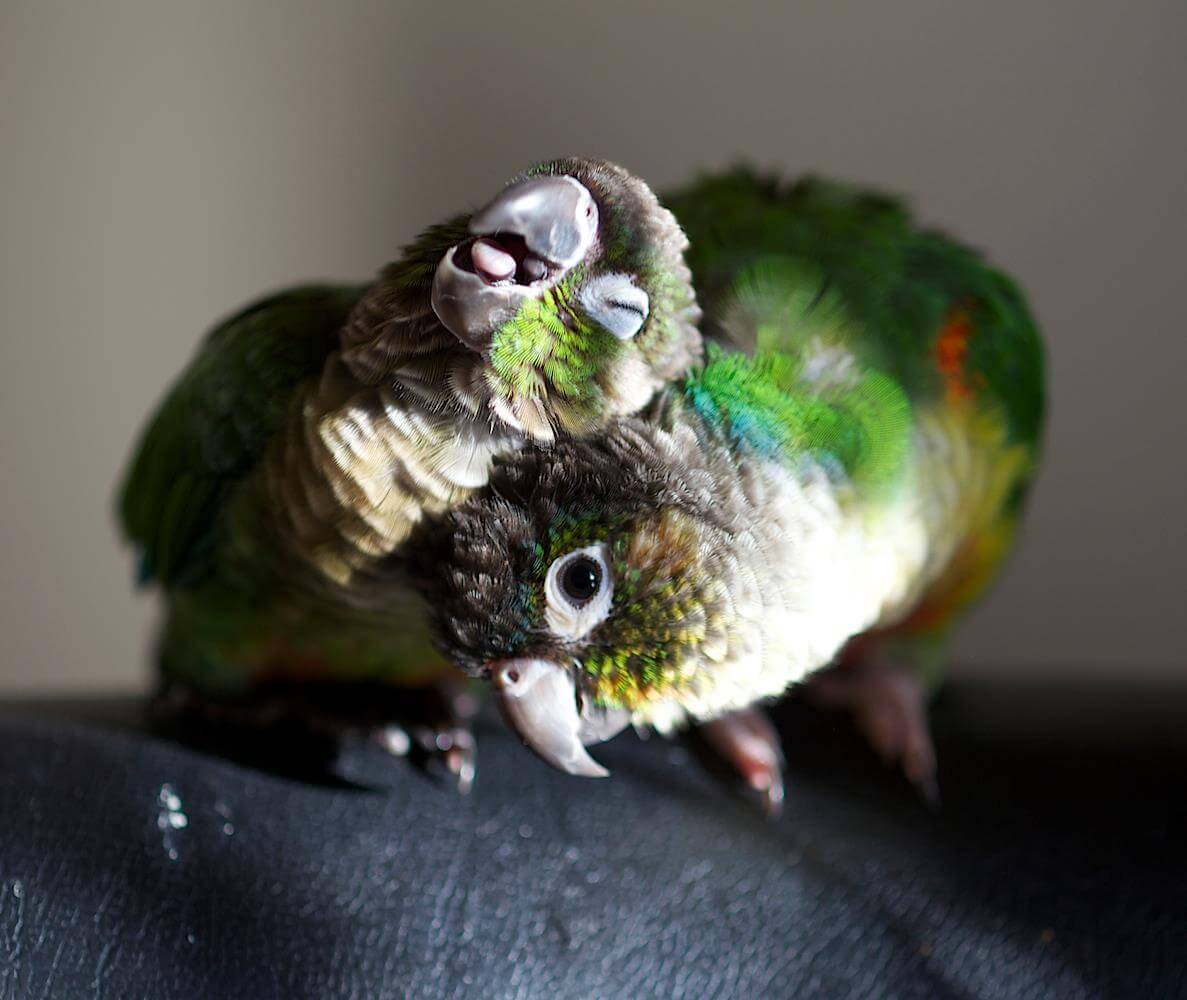 Once the mating is over, these conures lay around 4-6 eggs and the incubation time taken by them is 20-25 days. The baby conures take about one to three years to gain maturity. An interesting fact about these birds is that with every upcoming generation these birds are growing intense in colour. There has been a tremendous increase in the number of these birds that they have been described of “least concern” by the IUCN.

These birds are also known to be of stubborn and strong-willed character. They are also known to be the fourth most intelligent animal on earth. They can remember someone’s face if they have seen it once for a very long period of time. They know when it is their time to sleep and have food. If in captivity, they can have anything that is provided to them and love being around humans. It is however said that these birds should be kept out of the cage for most of their time as exercise is an important criterion for them to live a healthy life.

These birds are known to be expensive birds which may cost starting from $100. Conures are sometimes observed to bond with only one person. And once deserted by that person, they might start plucking their own feathers which means they get bored easily and needs a lot of attention always. Overall, it is great to have these adorable birds at home and have a breathtaking sight of this every day because of their distinctive beauty. They surely are worth each penny!