Dogs, similar to us, can suffer from varying health conditions. Medical and veterinary science is there to support them by way of medications, operations, and treatments. In many cases, this involves a variety of treatments and medications until the dog’s overall well-being or demeanor improves. As new scientific approaches and technologies are discovered many dog owners are looking towards more natural and non-invasive forms of therapy to support their dog; either from an ongoing perspective or as part of a specific rehabilitation program.

Homeopathy is a vast growing aspect of this, and with some homeopathy now approved by the veterinary association, there are set to be major advancements in how these more natural approaches are offered and advertised to the canine community. Veterinary medication has an important part in how we support our dogs, but the world is opening up to all the possibilities of more natural solutions.

Acupuncture, reflexology, hypnosis, and massage are a few other treatments offered to dog owners with no clinical support, yet a widely accepted benefit is provided to the dog. One other option available to dog owners is the magnetic dog collar market; often referred to as magnotherapy and available to dog owners in a variety of products from simple and traditional ‘north-south magnets’ to highly advanced ‘resonance technology’.

The ‘magnetic therapy’ market is thought to be over a $5b industry annually and is widely accepted as an alternative method for treating a variety of conditions, from arthritis to depression. As advancements in scientific knowledge and technologies improve the possibilities in supporting dog’s ongoing wellbeing using these more natural techniques become more realistic and widely respected.

Magnetic therapy for dogs has been around for decades with a mixed reputation. Traditional magnetic therapy uses permanent or static magnets to create a series of electromagnetic fields; these claim to heal the dog’s condition by restoring a more effective circulation system and eliminating inflammation.

They are cheap to produce and are often simple static magnets with limited development specifically for use. Over decades on the market, there have been no clinical studies completed to help prove traditional magnetic medical claims, and as such magnetic dog collars are perceived as ‘alternative therapy’ and not supported by medical science.

The majority of veterinary associations do not support magnetic therapy claims and as such many veterinary practitioners are not prepared to recommend the use of magnetic dog collars to dog owners, even though many have seen firsthand just how beneficial they can be. With simple static magnets costing so little it is no surprise that many products using this basic form of technology are found on the market, and although these receive mixed reports it raises the question as to why the canine community continues to look for solutions.

Major advancements in quantum physics and the impact this has on our living systems, has seen a far more advanced magnetic approach be introduced to the market – resonance technology. Highly engineered and costing more than traditional magnets these advanced magnetic devices introduce a completely new approach to how magnets are deployed, magnetic resonance devices use multi-polar frequencies set within them to help rebalance the living system.

One thing is clear, the magnotherapy market is growing quickly and the canine community will see benefit from these improvements over more traditional methods of magnetism which should lead to an improvement in both results of use, and clinical support. There are various ways in which it is thought that magnetic therapy supports a dog’s ongoing wellbeing and we look into these and how new resonance technology may improve previous health benefits. 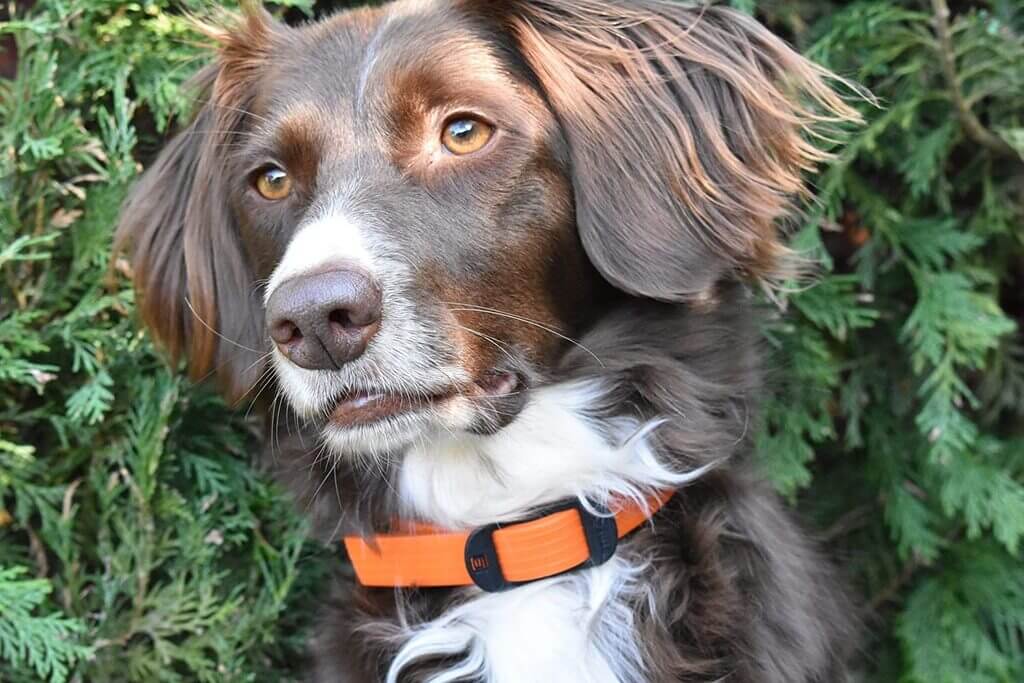 Many health issues can lead to a form of inflammation, whether mild or chronic this can be painful and requires intervention. In chronic cases, this is often due to an immune response which can lead to significant issues with the digestive system. Inflammation itself is one method a healthy immune system uses to support the living system from bacterias and viruses.

When a cell is under attack or damaged the immune system increases blood flow to that area to boost its levels of white blood cells. As the blood vessels become more permeable, fluid is leaked into the surrounding tissue which leads to an increase in swelling or inflammation. This process will often be visible and lead to redness and often an increase in the thermal temperature. Arthritis is a particularly common form of inflammation found in dogs.

Traditional methods to aid a reduction in inflammation include medications such as steroids and non-steroidal anti-inflammatories (NSAIDS), both have widely acknowledged side effects and should not be used long term. Dog owners are advised to provide a proper exercise program, reduce the stress levels of the dog where possible and ensure they are receiving a well-balanced diet through good nutrition. Maintaining this healthy lifestyle can have a significant impact and aid in a reduction in inflammation.

Alongside medications, and often used by people looking for a more natural or long-term solution, magnetic collars have been used for many years as a complementary form of treatment. Simple to use and often creating a noninvasive approach, magnetic dog collars can be used alongside other treatments and medications and have shown many dog owners what a valuable tool they can be.

Traditional magnetic dog collars create a pulsating effect that increases heat, which aids blood flow and helps reduce inflammation. By reducing inflammation reports are common in seeing a reduction in lameness, and improved quality of life, and a happier demeanor. Although not clinically proven magnetic dog collars have been used for many years to treat inflammation. Advancements in magnet therapy, with the introduction of magnetic resonance to the canine community, is set to revolutionize this natural option for many dog owners around the world. 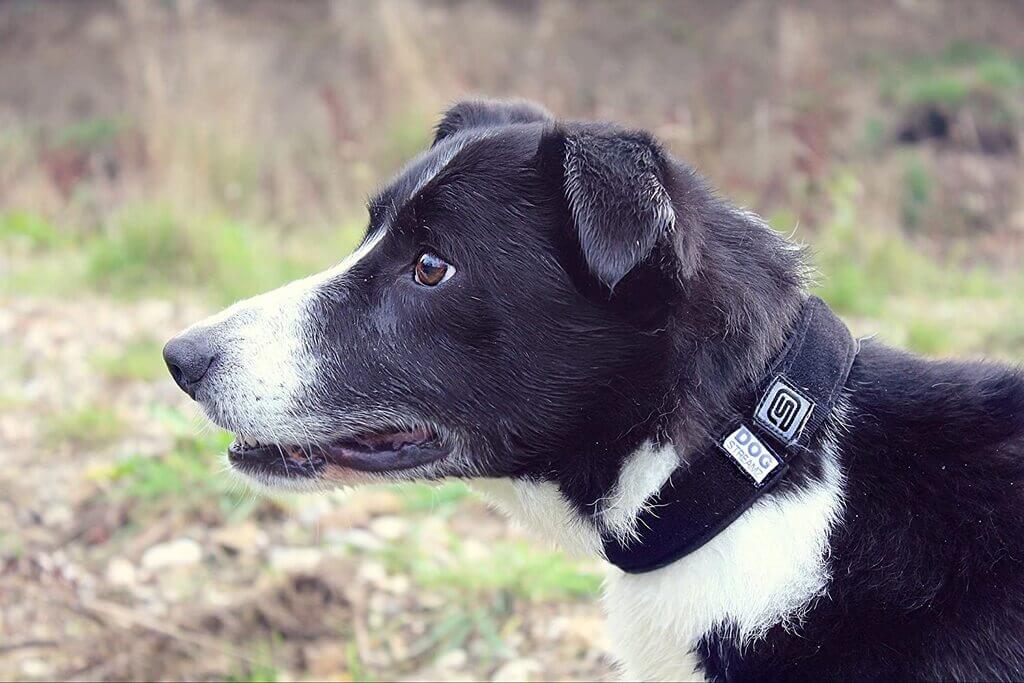 Magnetic therapy, whether for humans or animals, has shown to reduce anxiety levels and reduce stress. It is suggested that magnets increase blood flow which in turn increases oxygen levels within that area of the body. By increasing oxygen levels it is claimed that higher volumes of serotonin are released into the body which in turn helps relax the dog.

Again, without clinical evidence, it not widely advertised or promoted but many dog owners across the world vouch for the stress-relieving effects their magnetic dog collar has had on their dog. By reducing ongoing stress their overall wellbeing is dramatically improved.

Magnetic resonance technology is set to provide an advanced form of the magnetic collar to the market which promises to create some significant benefits over more traditional methods. One, the process in which resonance technology creates a spinning energy field as opposed to a pulsating one creates no heat around the dog’s neck; this allows magnetic resonance collars to be worn all day every day and for long periods of time.

Each day our dogs go through a natural recovery process, the rest throughout the day, and they sleep – both critical stages of daily recovery. This recovery process helps their physical and mental states. As with ourselves, if your dog is not sleeping or resting properly then their ongoing well-being will be affected.

Magnetic dog collars have shown to aid an improvement in recovery and many dog owners report their dog sleeping better when wearing their magnet collar. It is thus suggested that by wearing a magnetic collar that the dog’s overall wellbeing is improved.

If your dog has a specific injury then the living system is designed to rebalance nutrients to that area of the body to aid recovery. Vets will administer a strict rehabilitation program often containing nutrients via supplements and from ensuring a healthy and mixed diet.

As magnetic fields are said to increase blood flow to certain areas of the body, there is evidence to suggest that by using magnets through the rehabilitation process that the body benefits from this increase in oxygen. Users across the canine community have endorsed magnetic collars to improve their dog’s ongoing rehabilitation whether from an injury or post-operation for many years.

5. Magnetic Collars Wide Used to Aid an Increase in Mobility 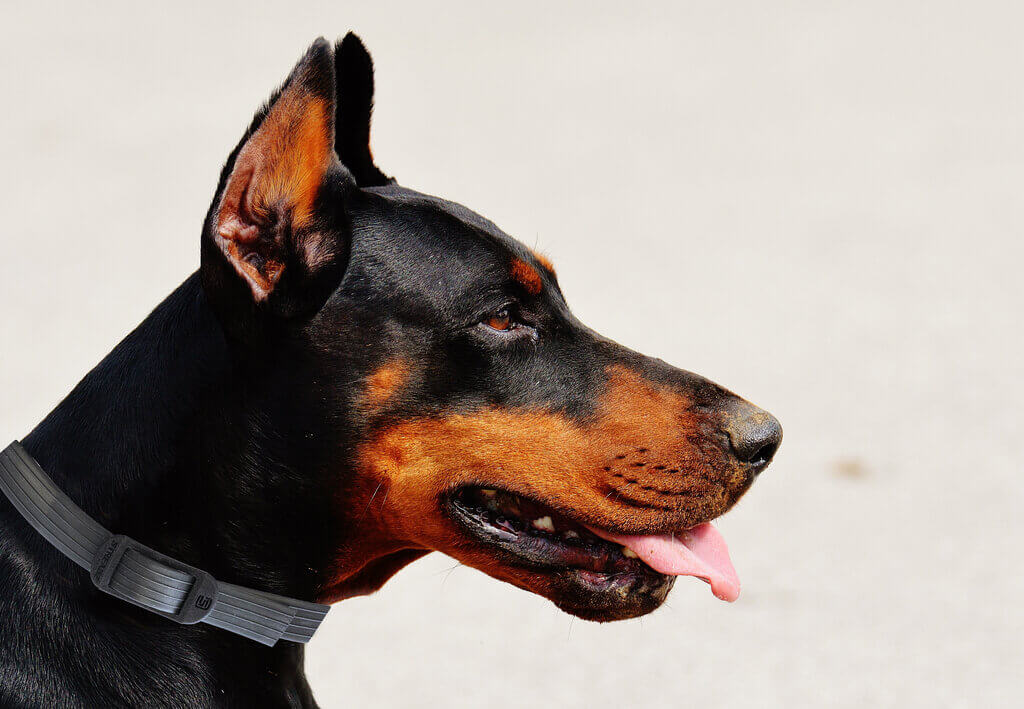 For many years users have reported benefits in using magnetic devices to support an increase in mobility. Our dogs can show signs of issues simply after a walk or exercise, let alone experiencing mobility pain due to their age, such as osteoarthritis. Many common conditions found within the canine community relate specifically to mobility issues and any dog who is showing signs of stiffness will likely show a reduced level of wellbeing.

Many owners report their dogs overall wellbeing and happiness improve after using a magnetic collar, which is no surprise when comparing alongside some of the benefits of using magnets – hip pain, back pain, neck pain, elbow pain, and much more are affected which in turn leads to an improved level of wellbeing.

Also Read: Some Of The Best Dog Training Collar Ever

“Prevention is as important as a cure”….. a widely accepted term between training athletes. Our dogs require this similar attention so many owners now look to support their dog on an ongoing basis. This is shown by the incredibly fast-growing side of the industry, vitamins, and supplements for dogs.

Many dog owners will regularly attend physiotherapy or hydrotherapy sessions to further increase their dog’s wellbeing, a healthy life is a better life. Magnetic collars offer a further level of support to the canine community; which can be used alongside supplements and other forms of treatment and widely promoted by leading physios and therapists within the community.

In summary, being sceptical of the magnetic therapy market is perfectly natural, but with such a growing industry and improvements in magnetic technology thanks to advanced magnetic resonance, magnetic therapy is going nowhere and is only set to disrupt the medical community even further. Providing your dog with a magnetic collar certainly does not harm, and until medical authorities recognize these benefits officially then magnetic collars remain a complementary option.

With some large manufacturers now working together to fund widespread clinical studies the future is bright for the industry and as such, another option to support your dog’s ongoing wellbeing might be approved by science one day soon!