Bearded Dragons are medium-size reptiles that originally come from Australia. There are various types of bearded dragons, depending on their patterns and colors. These are call morphs or mutations. A morph is base on the looks of a bearded dragon. Each morph of the bearded dragon might have a different pattern, color, spikes, scales and nail color, etc. They come in different colors but usually are light tan to brown with a long, thick tail and a sharp beard-like collar around their neck. They are omnivores, which means they feed on plant materials, insects, small mammals, and other lizards.

If you are planning to buy a bearded one, then you must be aware of different types of dragons. Some bearded dragons might cost more than others. Also, there are morphs that are a combination of several others. Therefore, it is essential to be inform and educate about their various types.

There are nine bearded dragon species, and all of them are found in Australia. The species are namely:

The term Pattern is generally use while discussing bearded dragon morphs. A pattern is a design create by the arrangement of the spots on the back of the bearded dragon.

Let us have a look at the different types of bearded dragons. 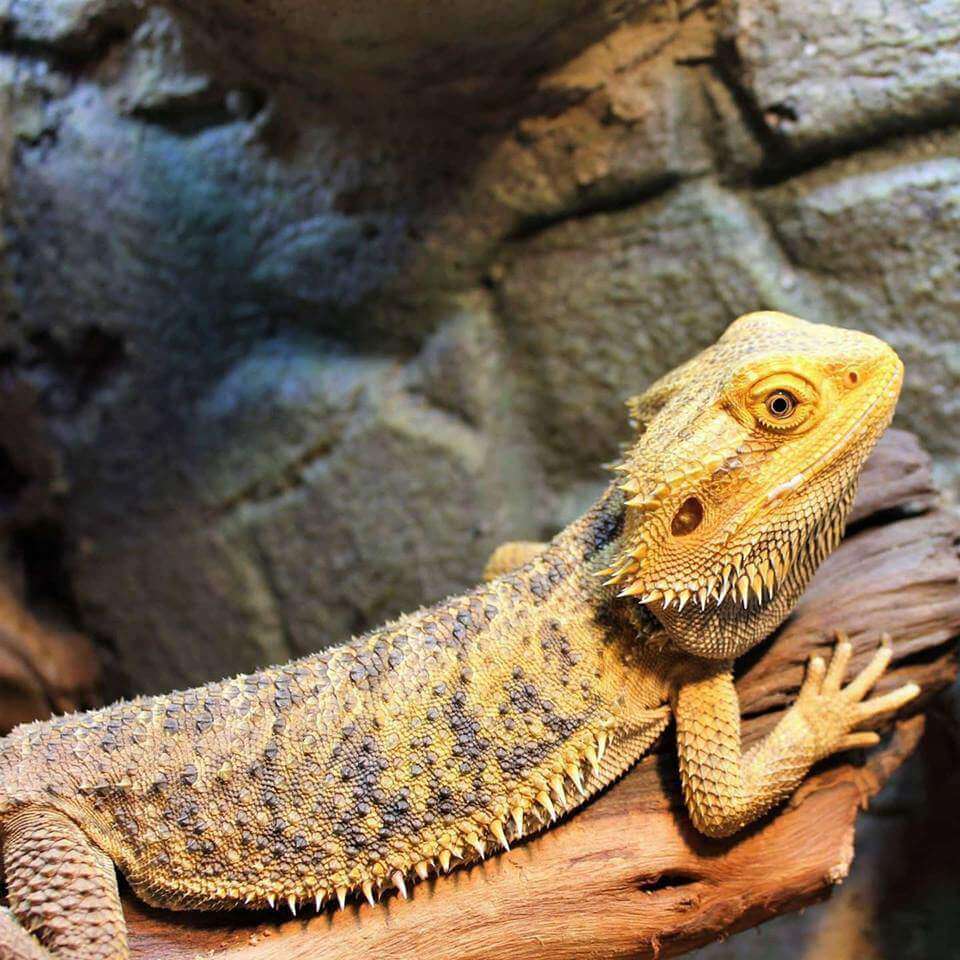 Scaling morphs are standard or general scale bearded dragons. The most common scaling morphs are the Dunner, Leatherback, and Silk back. When bred, if one parent exhibits a morph, half of the offspring will have the same characteristic. 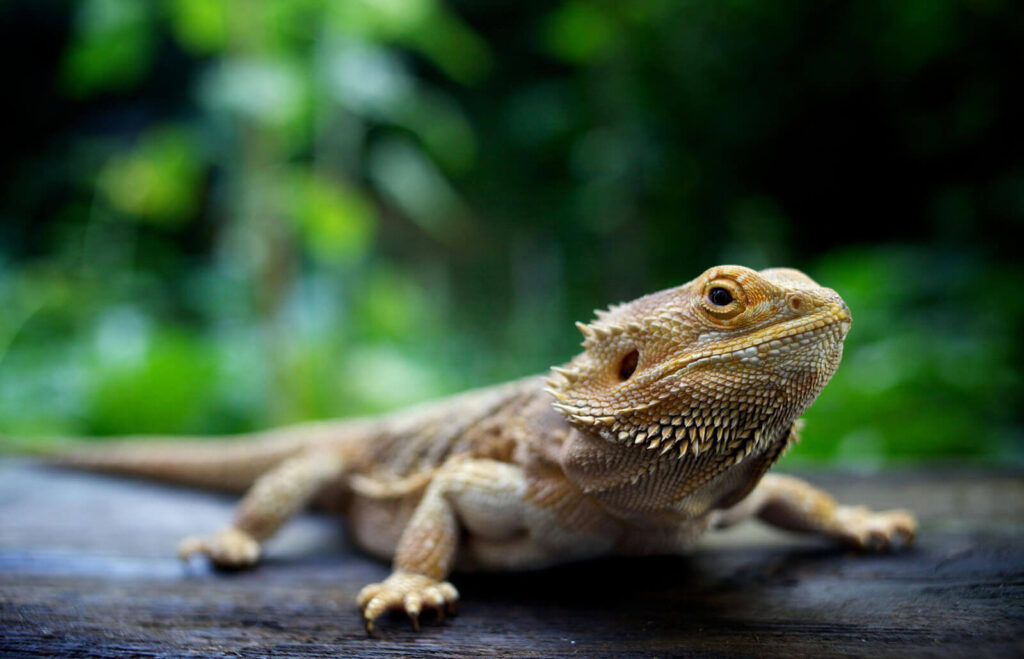 The standard scale bearded dragon has spikes all over its back. These are the original dragons that came from Australia with no mutations. These are the common wild dragons and have large triangular heads, which makes them very distinct.

The standard scale beardie comes in various colors and is the most affordable of the bearded dragon range, often having black and orange markings. 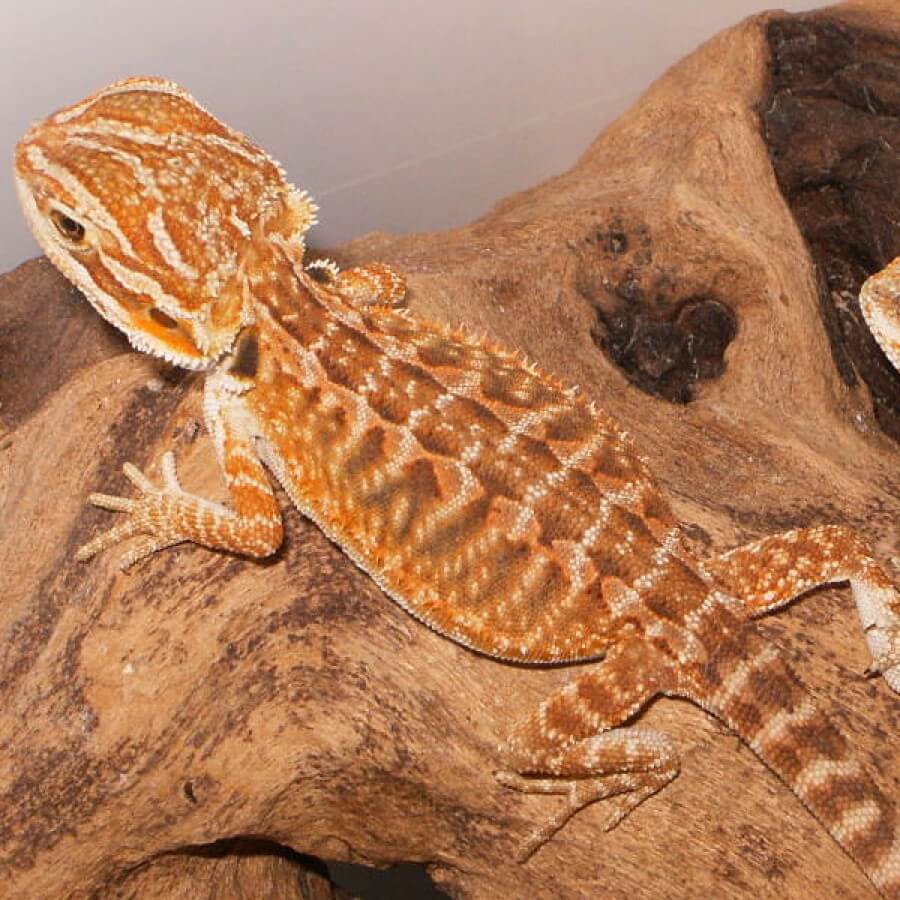 The leatherback morph is a mutate gene that prevents the scale from growing to full size, which makes it a very popular morph that comes in intense colors, making it stand out from the other bearded dragon in the market.

The smaller scales provide a gentle touch and also increase the coloration of the bearded dragon. This dragon comes in a wide range of colors.

The spikes cover the head and beard run down by the side of the body. The leatherback dragon comes from two mutations, with the most common being a co-dominant mutation, which comes from both parents. 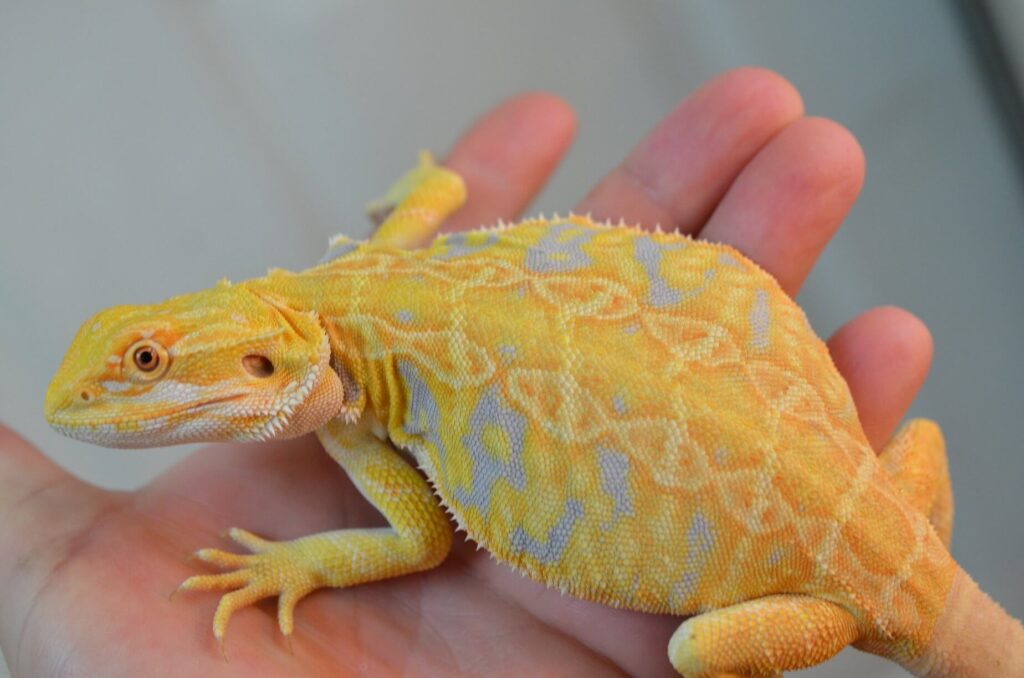 In addition to showing off spots on the back, these beardies also have their scales developing in many directions. The spikes of a beardie point down towards the belly, but with the Dunner they point to the sides.

Also, the Dunner has cone-shape scales, and the dragon can also be of one dominant color. They have more scales on their body than the other bearded dragon morphs. 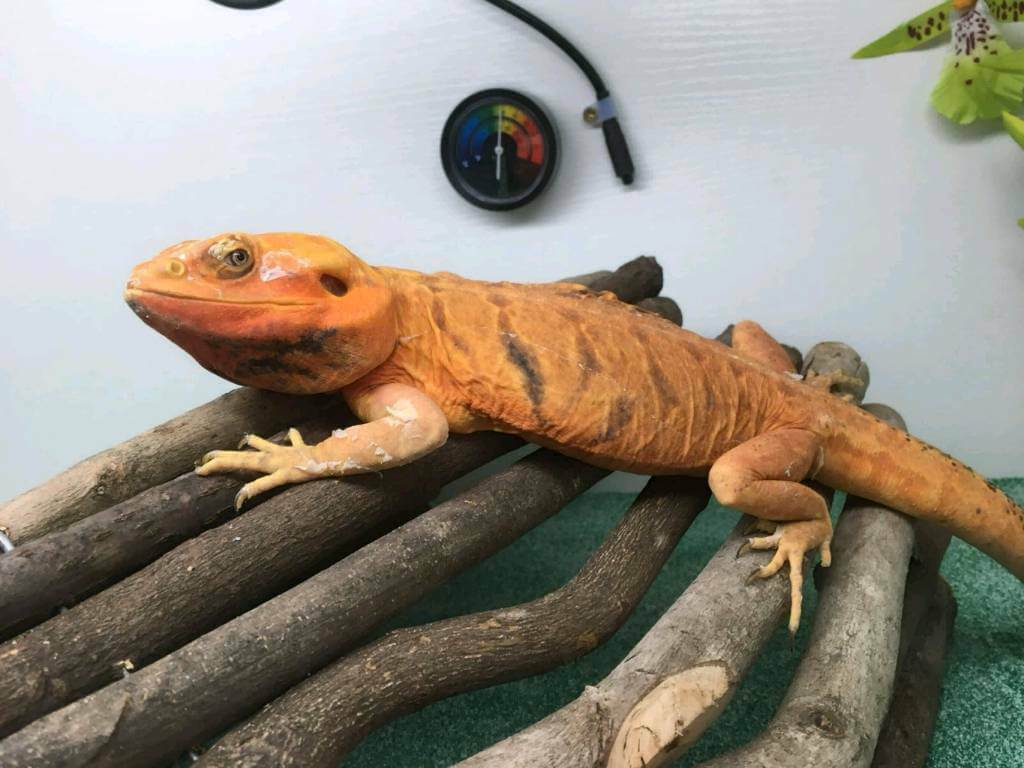 Mating two leatherbacks create Silkbacks. These beardies have a smoother appearance with tiny scales. What makes this bearded dragon so exclusive is that they can feel as smooth as silk to the touch and they come in numerous colors. These bearded dragons are often bred for their unique colors.

A common problem with the Silk back is that they have thin skin and are prone to damage. Therefore, these bearded dragons need regular baths and solutions to help them discard their skin. They cannot be kept with other dragons due to their sensitive skin. 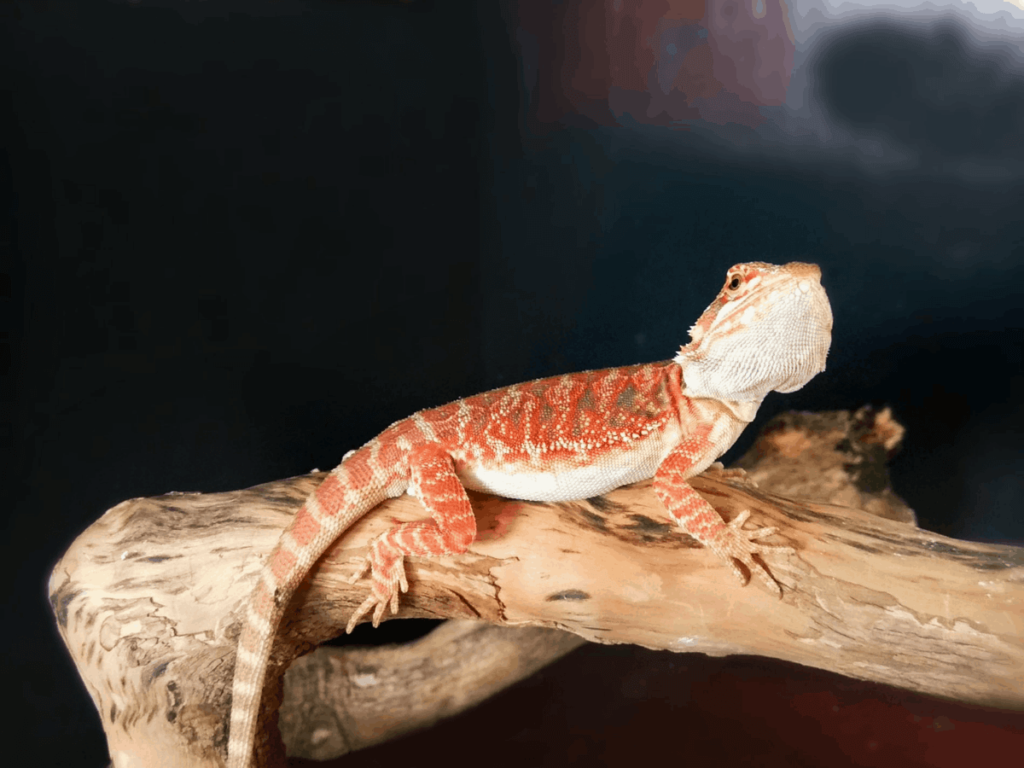 Visual morphs come with recessive characteristics, which means the features are from both parents. Visual morphs are selective breeding, producing bearded dragons having traits that are appealing to owners. 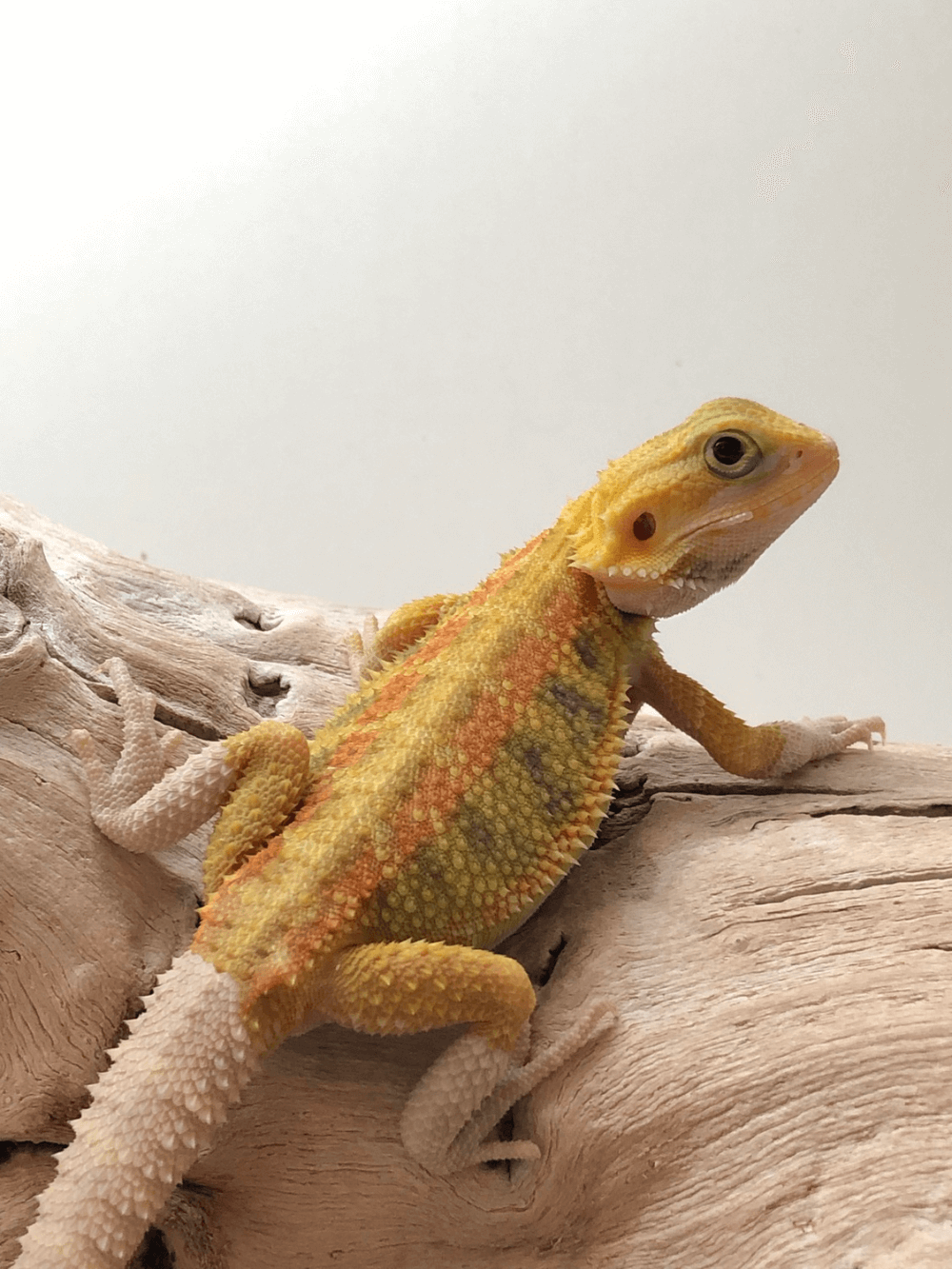 The Trans morph is the translucent morph, another of the recessive mutations. These bearded dragons have black eyes, making them unique and easy to identify. The hatchlings have blue underbelly and black eyes. As the bearded dragon ages, the blue color often disappears, though some bearded dragons retain the color throughout their lives. 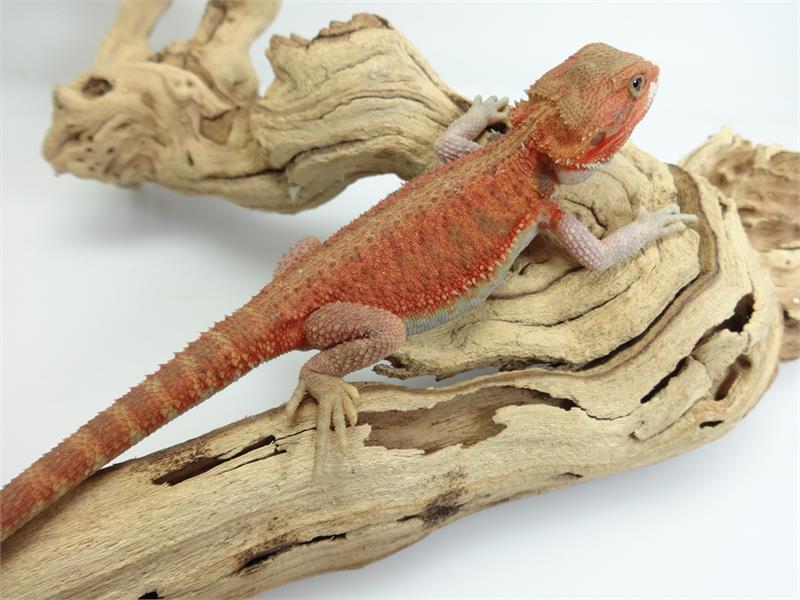 The Hypo morph is the Hypomelanistic, which means it has less melanin. Hypo bearded dragons are create when two bearded dragons with translucent traits are bred. The skin is a lighter color with reduce dark colorations. The melanin in the scales gives the color a more vibrant look.

The hypo trait is a recessive mutation that causes less melanin. Melanin is found in all animals and is what gives them their pigmentation. Often the hypo beardie has bright nails and no brown stripe down their backs. 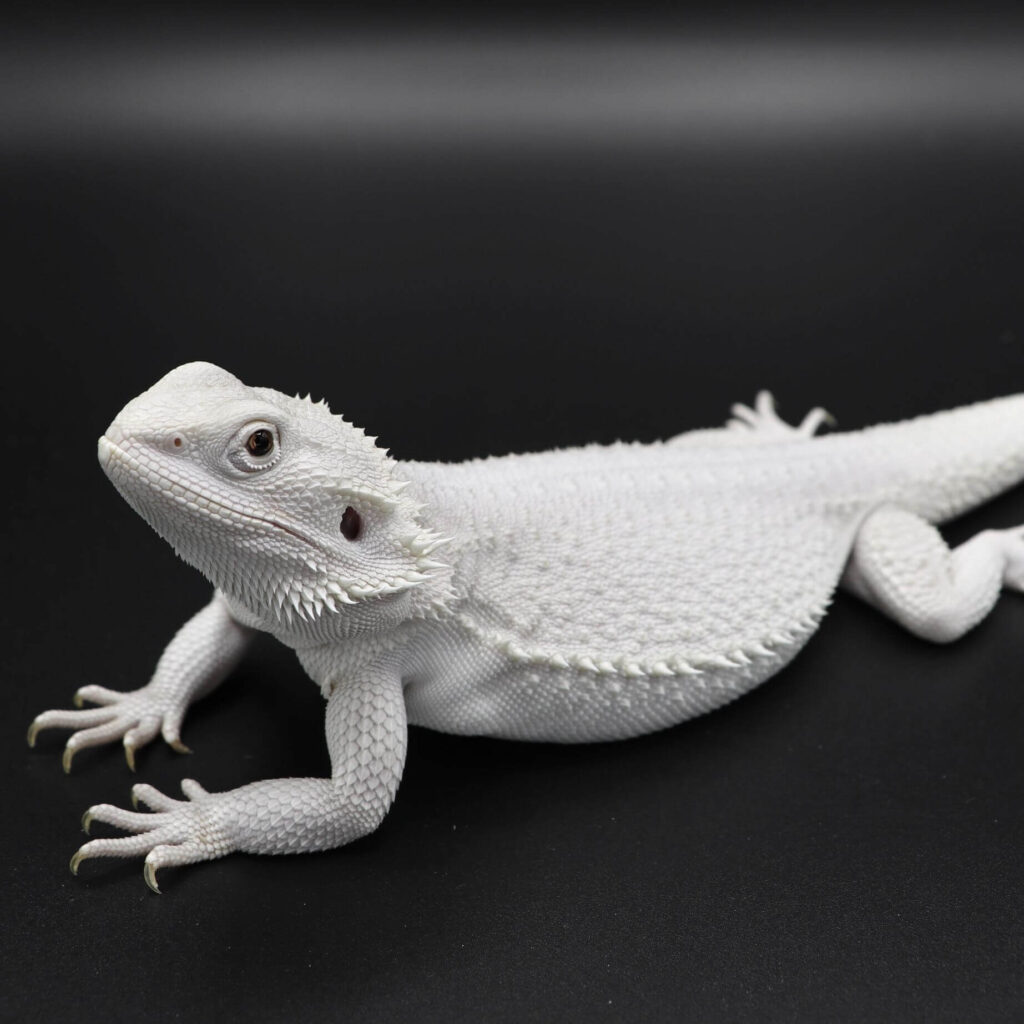 The zero morph is one of three mutations where they have no pattern on their bodies. Most bearded dragons have a stripe down their backs, but the Zero has one solid color, making it very attractive.

It is a recessive and one of the most recent mutations introduce. It is a magnificent beard dragon that has colors ranging from a silver color to off white. They are also known to have dark silver or grey color with a very prominent appearance. 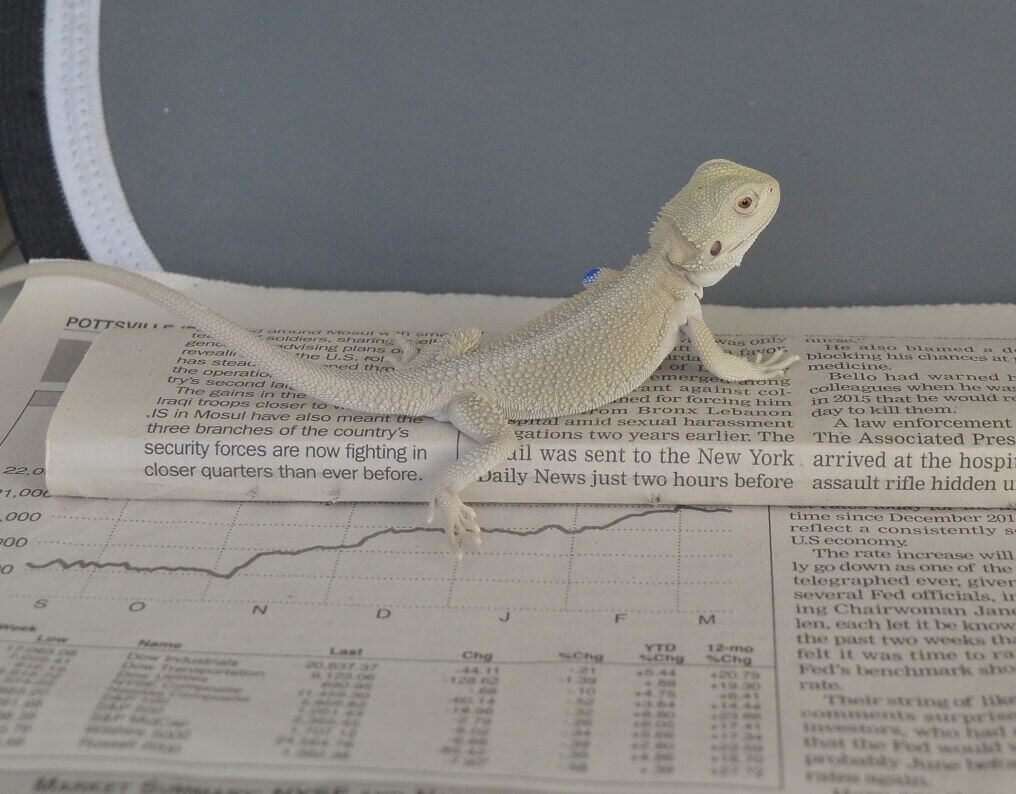 The Witblits is a recessive mutation, which was discovered by a South African breeder. Witblits translates into “White Lightening” even though these beardies are not as white as the Zero. The Zero beardie was introduced after Witblits that has no pattern and earthy tones. Most of these dragons are sandy in color to a light orange. 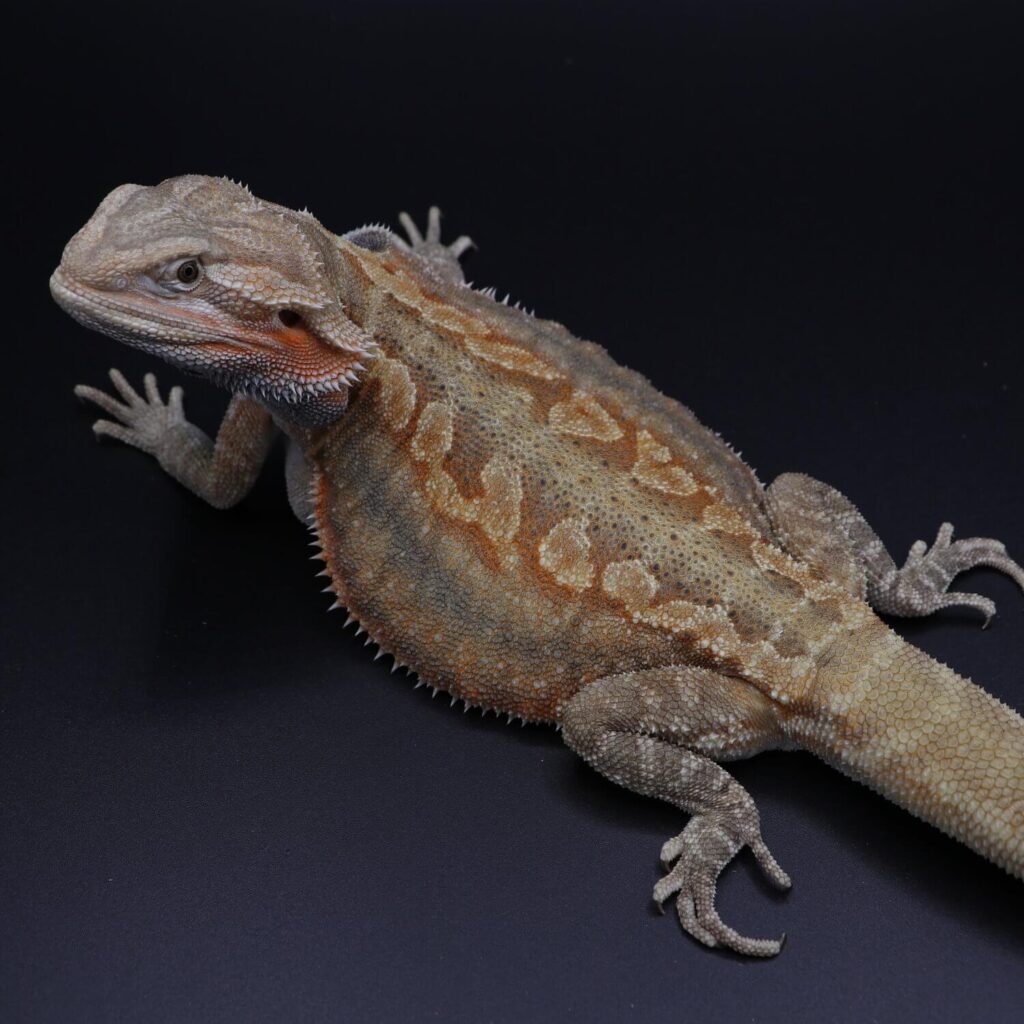 Wero beardies are a combination of Zero and Witblits dragons and are very rare even today. They resemble Zeros but with small color patterns that appear on the back and the tail. They are a new morph and are gaining popularity for their unique and charming appearance. 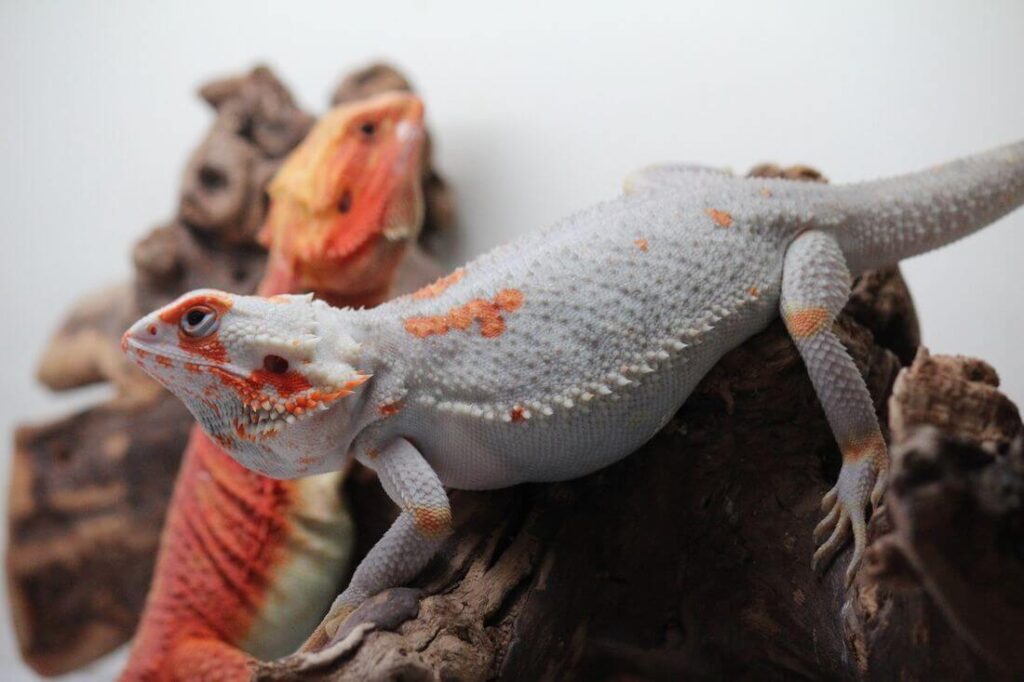 The Paradox beardies are the most beautiful and also the rarest of all types of dragons. They are in high demand due to their patches of color which can appear anywhere on the body. The easiest way to describe these bearded dragons is that they look as if they have had paint sprinkle on them. These beardies can be any color, and when hatch you may not even know they are Paradox, as the color only develops after a few months. 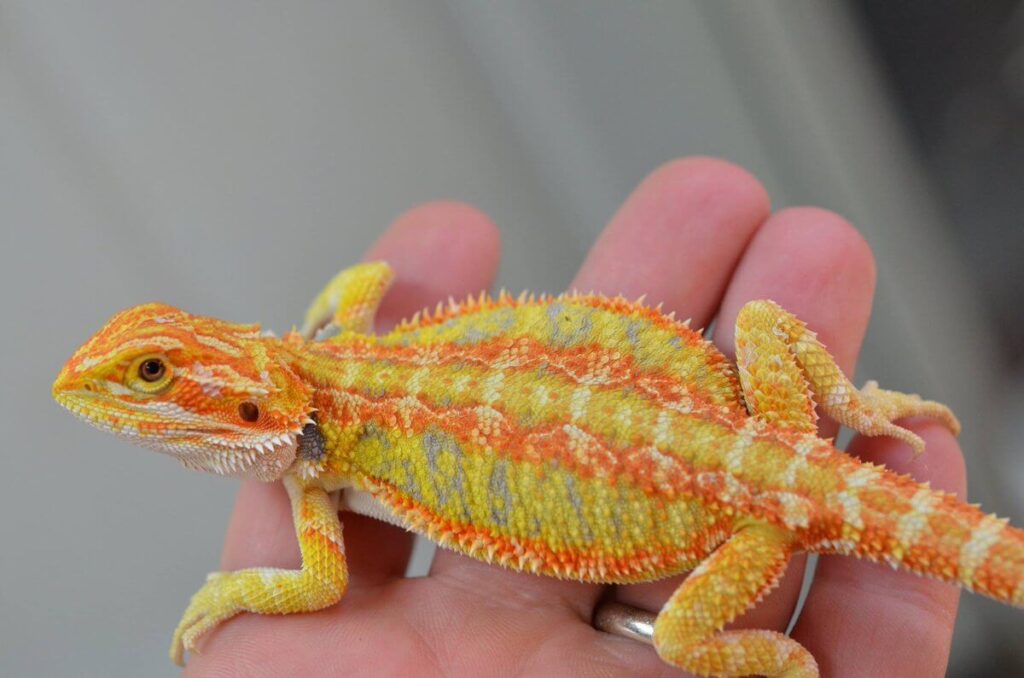 Colour variations are influence by a variable group of genes, rather than a simple set of dominant or recessive genes. Some of the colors you can expect in a bearded dragon include red, yellow, or standard brow as bellow. 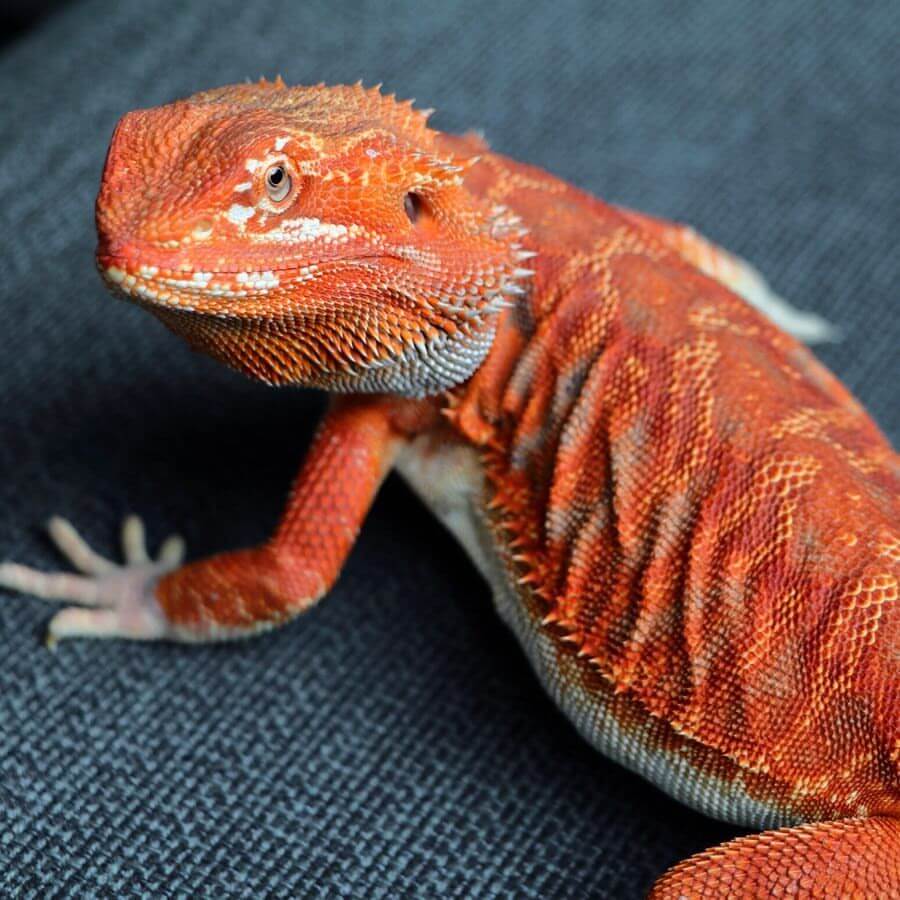 Red includes blood red and ruby red resulting from mating two bearded dragons with a high amount of red. With each generation of offspring, the red coloring becomes more profound and more prominent, until the result is an extremely deep red color dragon. 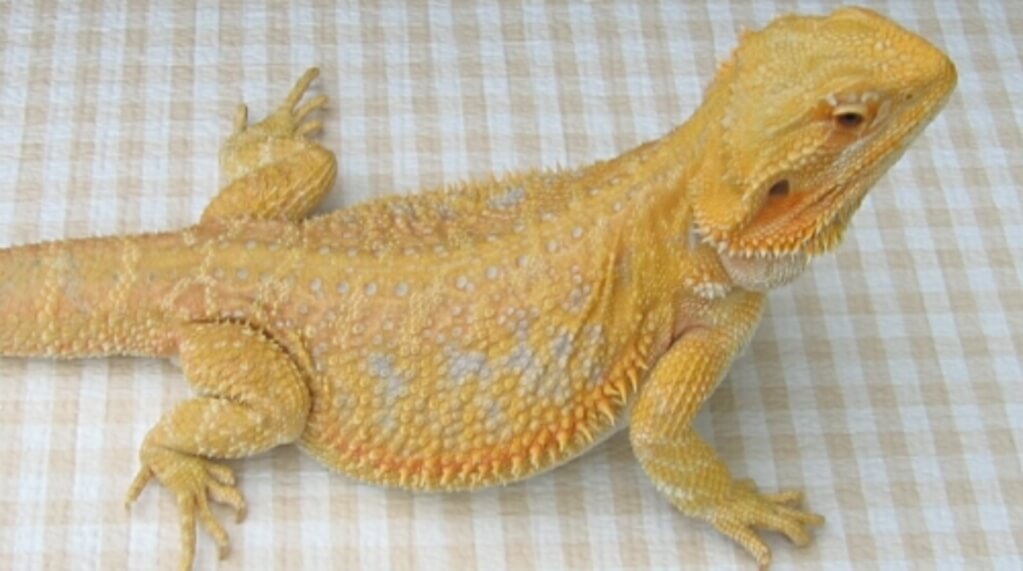 Yellow also describe as citrus, sand fire, lemon and gold are bred by mating two bearded dragons with a high amount of yellow. Some beardies have a mixture of red and yellow which can be describe as orange, tangerine, and sunburst. 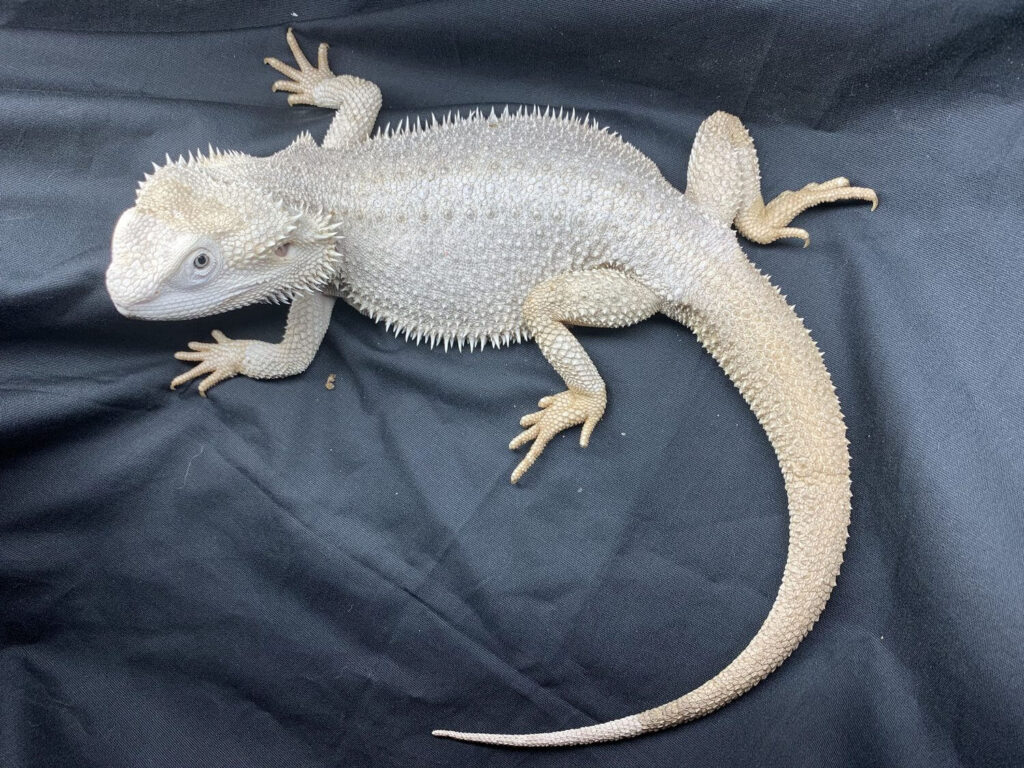 White-bearded dragons are rare and bred by mating beardies that are whiter or paler in coloring to produce new generations of predominantly white dragons. 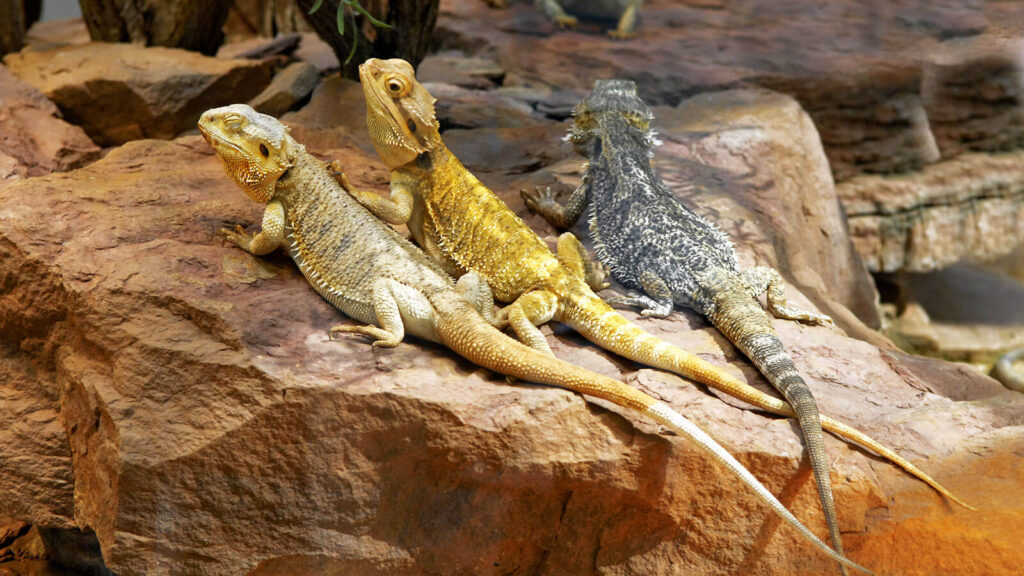 While all bearded dragon morphs in the US are bred in captive, Australia has strict laws against the exportation of its wildlife. It is ideal because wild-caught animals often fail to survive in captivity. Bearded dragons are readily available with repute breeders or rescue organizations. The cost of young dragons is around $50 while adults can cost about $100.

When buying a bearded dragon, look for the one that is active with healthy skin. Some things to be aware of include discharge around the eyes, mouth or nose, swollen joints, discolor skin, and runny droppings. for more information, visit Petsnurturing.