Did Walter the Dog Die? Truth Behind Walter Dog’s Death

2,671 views
Table Of Contents hide
1 Who is Walter Dog?
2 How Did He Get the Name – Walter?
3 Why Do People Think Dog Walter, Aka, Nelson Is Dead?
4 How Did Nelson’s Owner Clear the Rumors?

Remember that viral meme of a front-facing picture of a dog? Social media is a magical place, you never know when you get trolled or your post goes viral for a particular action. Let’s take Walter the dog breed as an example. Back in 2018, Walter’s owner posted a picture on Twitter with the caption, “When you open the front-facing camera by accident.” What did the image look like? It was a picture of a dog’s face. Look at the below picture for reference. 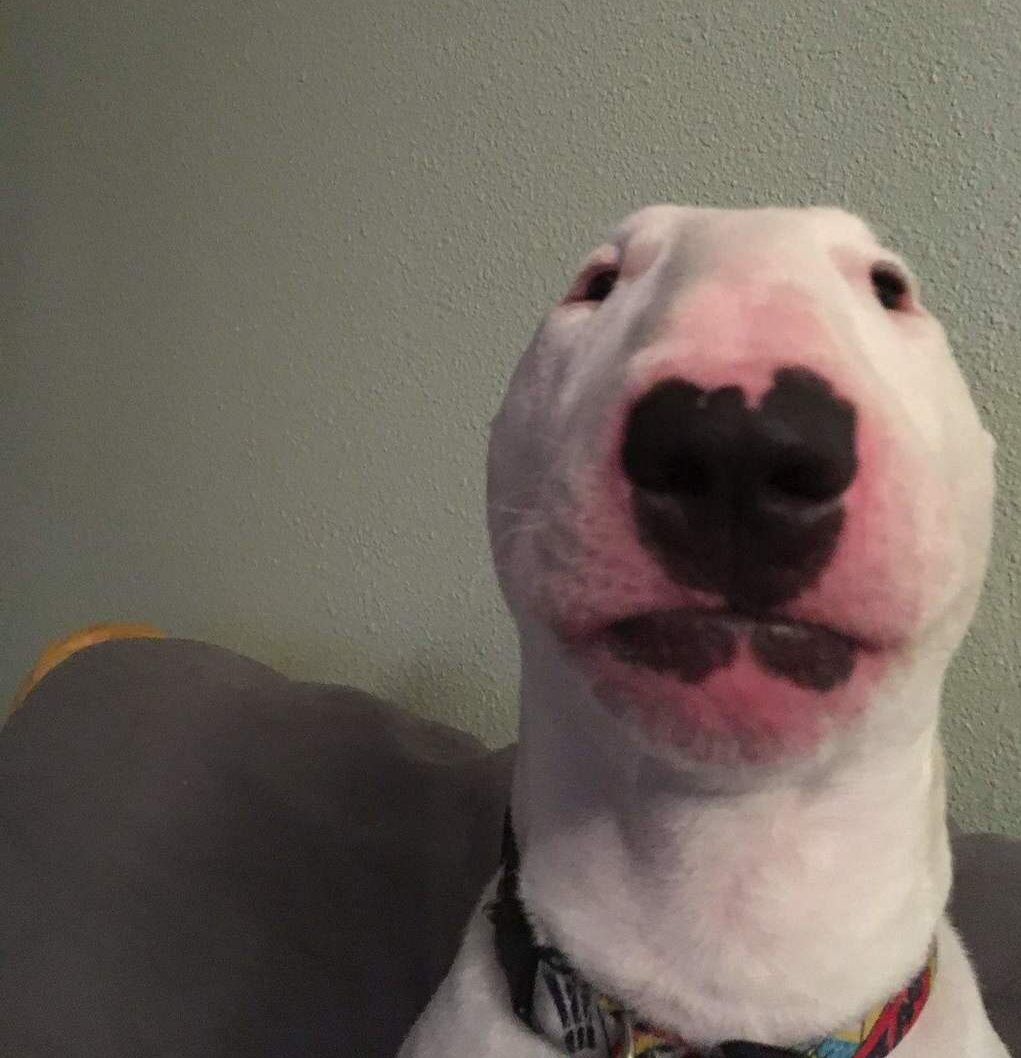 Want to click a similar picture? Just open the phone’s front camera holding it usually and click the picture, you will see the results. Anyway, let’s get to the topic!

Who is Walter Dog? 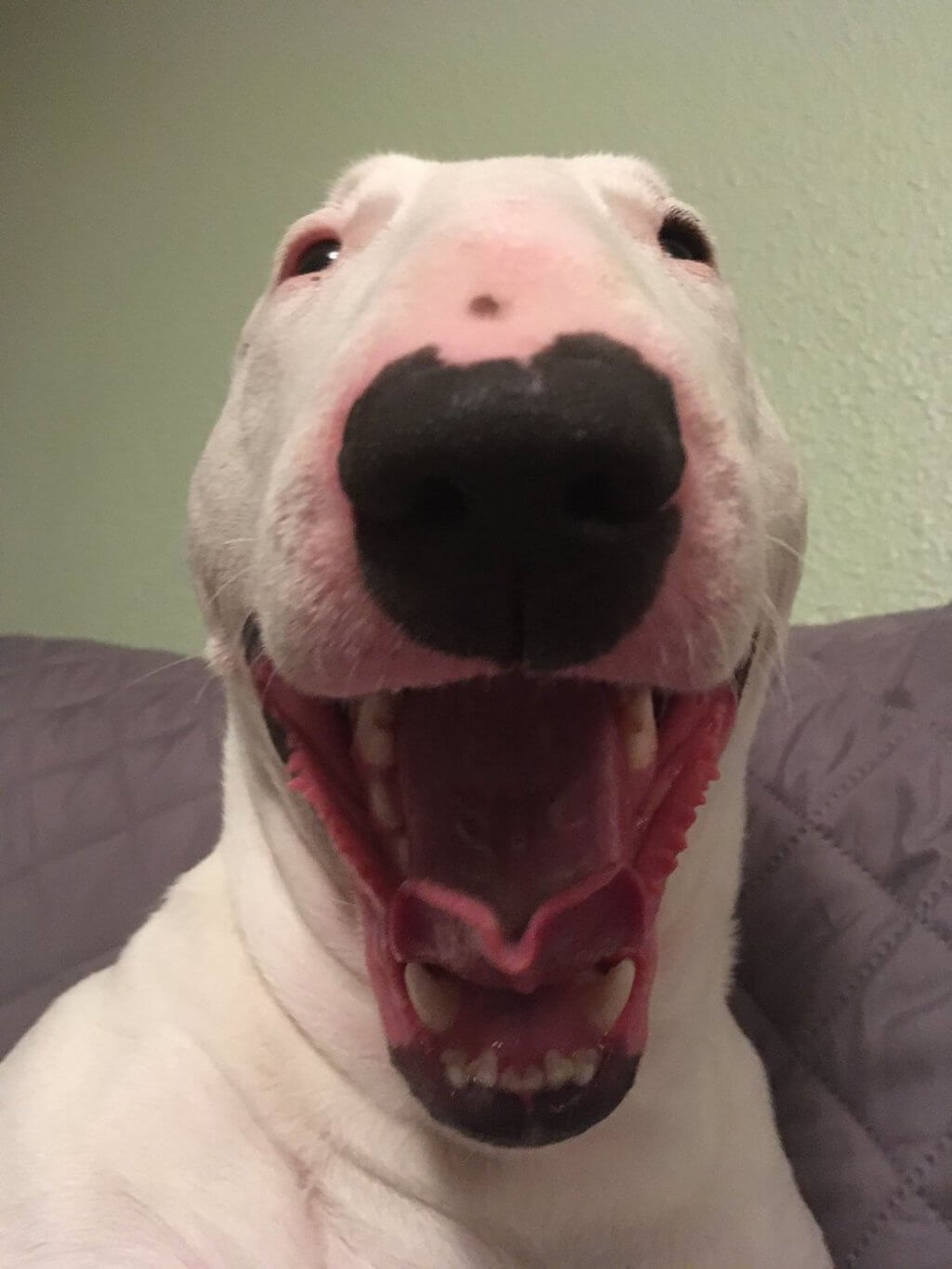 The famous viral staring or front camera meme pup was dubbed with the internet name as “Walter The dog.” The real name of the canine is Nelson. It is a Bull Terrier born on 15th July 2017, which makes it three years old by now!

How Did He Get the Name – Walter?

All thanks to the meme makers of social media. When Nelson’s front camera picture got viral, there was another meme trending that time with the name Walter Clement. Soon after a few days, the following image trended on the social media platforms: 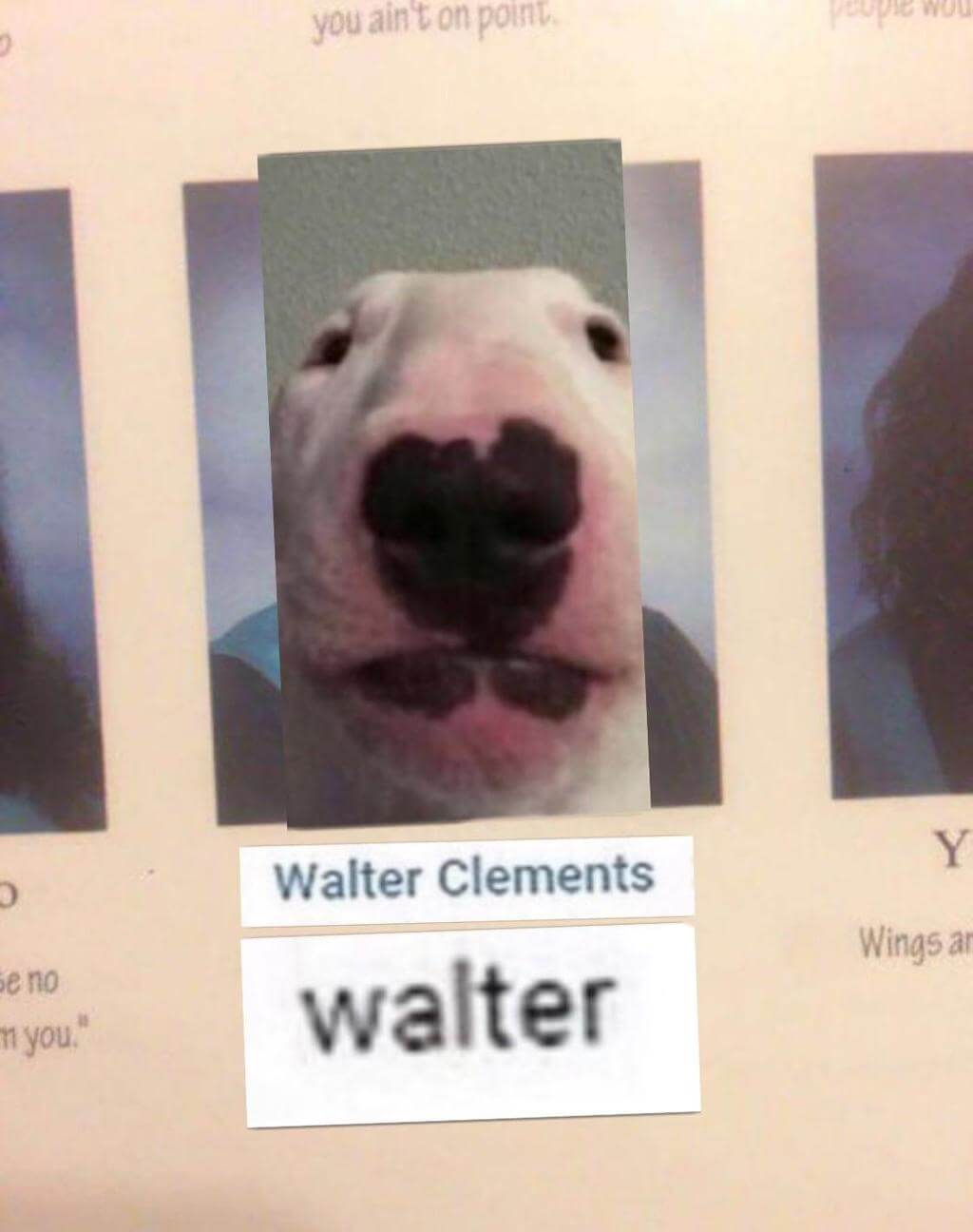 Now you know how he got the name – Walter the Dog!

FYI: Walter, aka. Nelson has a deep love for Fire trucks and Monster trucks.

We all know that celebrities are prone to rumors that too of all kinds, of which the worst is death rumor! Can you imagine reading the death news of someone alive and in front of you? Social media is a place that is both good and bad. I can’t even imagine the condition of Victoria (Nelson’s Owner)  when she read about these rumors.

Fans across the globe uploaded the griefing post on Instagram and Twitter, tagging @puppernelson (UserID). When everything went out of the limit, the owner came out and cleared the rumor about the same.

Why Do People Think Dog Walter, Aka, Nelson Is Dead? 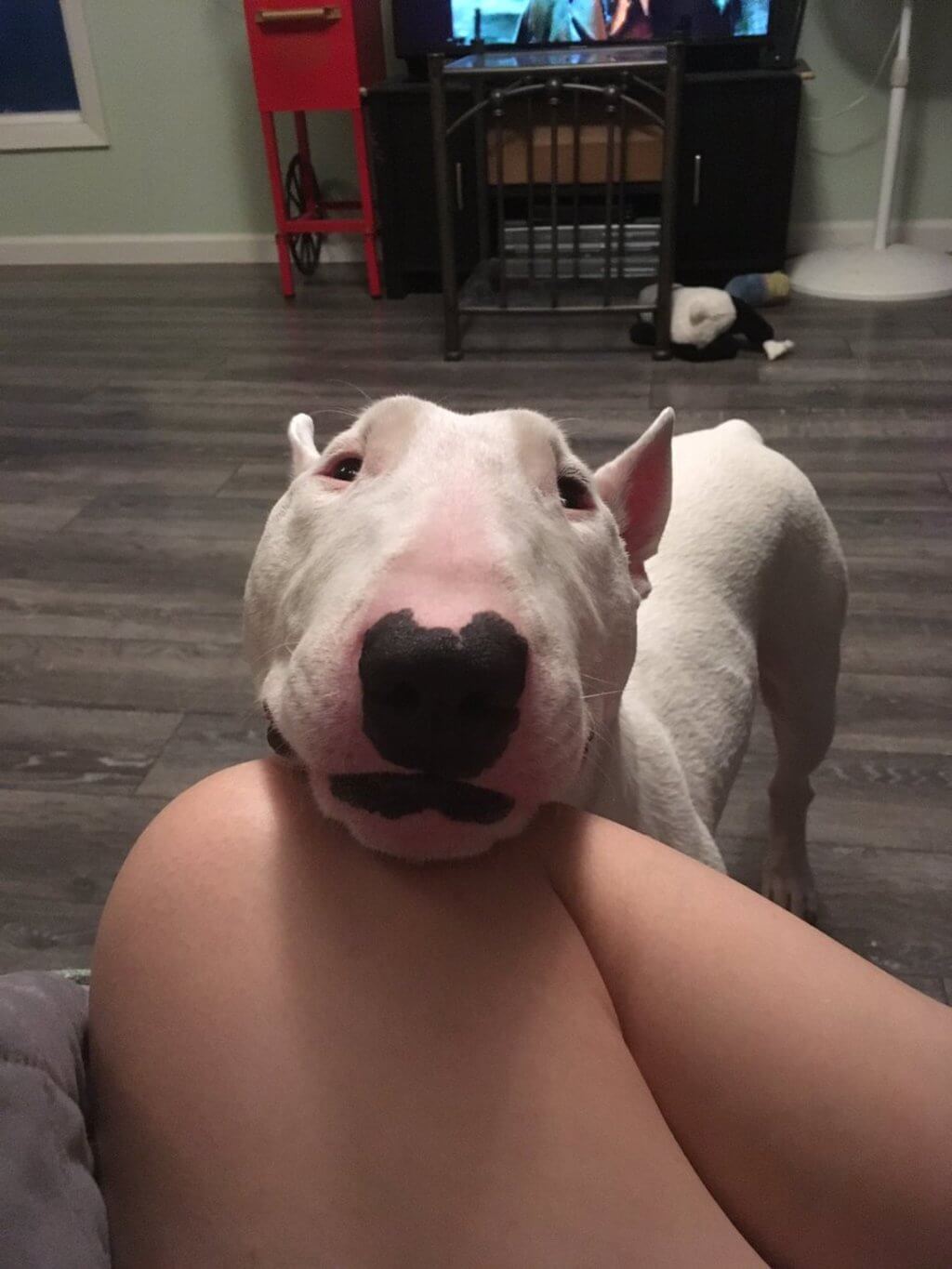 A few months ago, the website named CelebritiesDeath.com posted an article about the bull terrier getting various gunshots and how it died. Even the title of the article was something, “The Pana Walter, The Dog that People Use His Face to Make Staring Meme Has Passed Away.”

So it was apparent for people to consider it the truth. Following the traction of the article, fans sent condolences through messages and posts on Twitter and Instagram. Everyone was in deep shock, that how a cute pup like him got the gruesome death.

However, the truth was far from noticed. Nelson’s owner took it to Instagram and revealed that Walter the Dog is sound and safe. It was just a rumor or rather a mistake from the website’s end. The walter dog breed that died in the frightful even was named Billy.

The reason for the confusion can be the similar appearance of both dogs. After all, Billy was also the Bull Terrier.

How Did Nelson’s Owner Clear the Rumors? 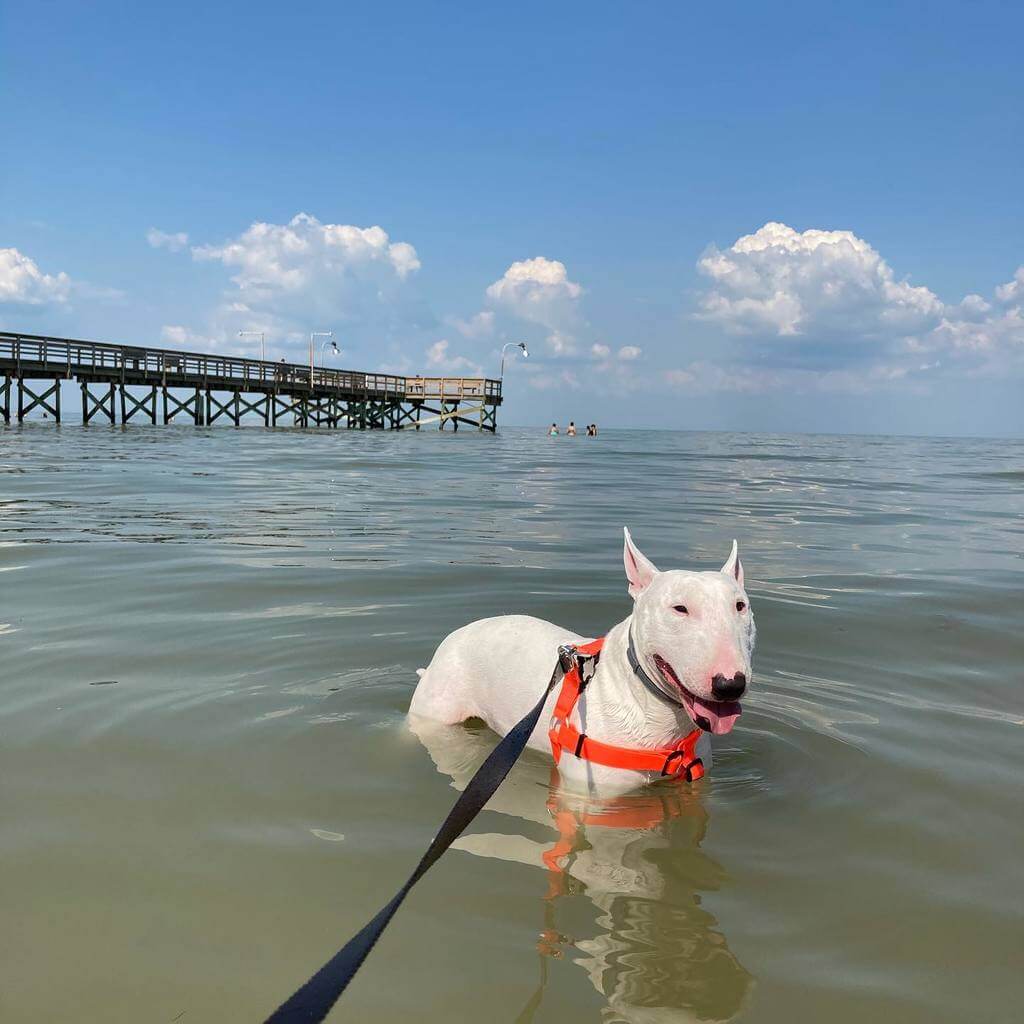 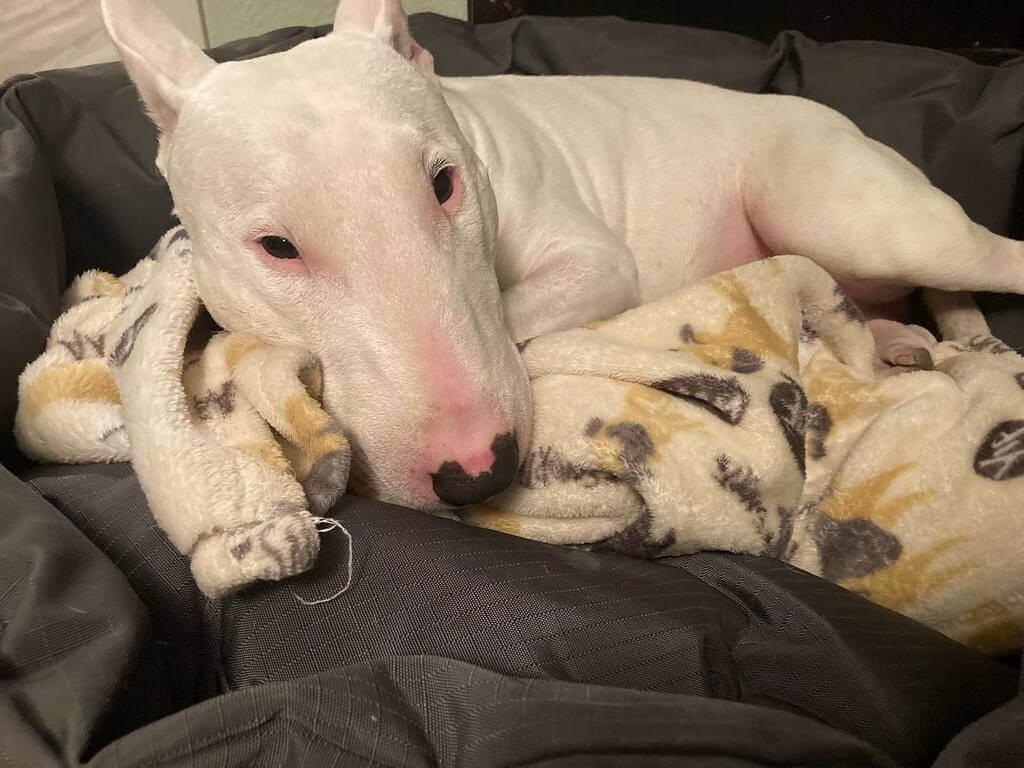 “~official statement from #Waltermom, owner of Nelson aka ‘Walter’~

Hello, users of the internet. I don’t know where this image originated, but I am happy to report that Nelson is NOT dead. The injured dog in the vet photos is named Billy. He was shot protecting his owner during an armed robbery but has since made a full recovery (see the second slide). Billy doesn’t deserve to be used as a hoax to spread sadness. Billy deserves great recognition for his bravery and awesomeness. If anything (god forbid) ever happens to Nelson, updates will come from his social media accounts, here and on Twitter, @.PupperNelson. Anything else you see online is just a rumor. 🐶 Have a fabulous Sunday, pals.”

Though Nelson’s account is not verified, it has 300k plus followers on Instagram (one being me). So it didn’t take long to clear up the rumor and put people to rest that their favorite doggo Walter aka. Nelson aka. Pana Walter is still alive with safe and sound health.

Oh, by the way, you can’t miss the humorous follow-up post where Walter was sitting on the floor and looking at a camera. The hilarious part was, there was a note on the side claiming, “Midnight, Monday, June 15, 2020. I AM ALIVE” with the caption ‘~proof that I live~ Goodnight.’

So basically, @puppernelson is Alive and living a healthy lifestyle.

For more information about Social Media Star Pups, Kitties, and any other pup, Visit PetsNurturing.