Top 25 Most Famous Cartoon Dogs of All Time

Cartoon dogs are an absolute joy to watch! From being our adorable besties in real life, their cuteness only scales upwards, along with their quirkiness and humor when it comes to their cartoon counterparts. In this article, let us probe into some of the main cartoon characters and find out what cartoon breed they belong to! 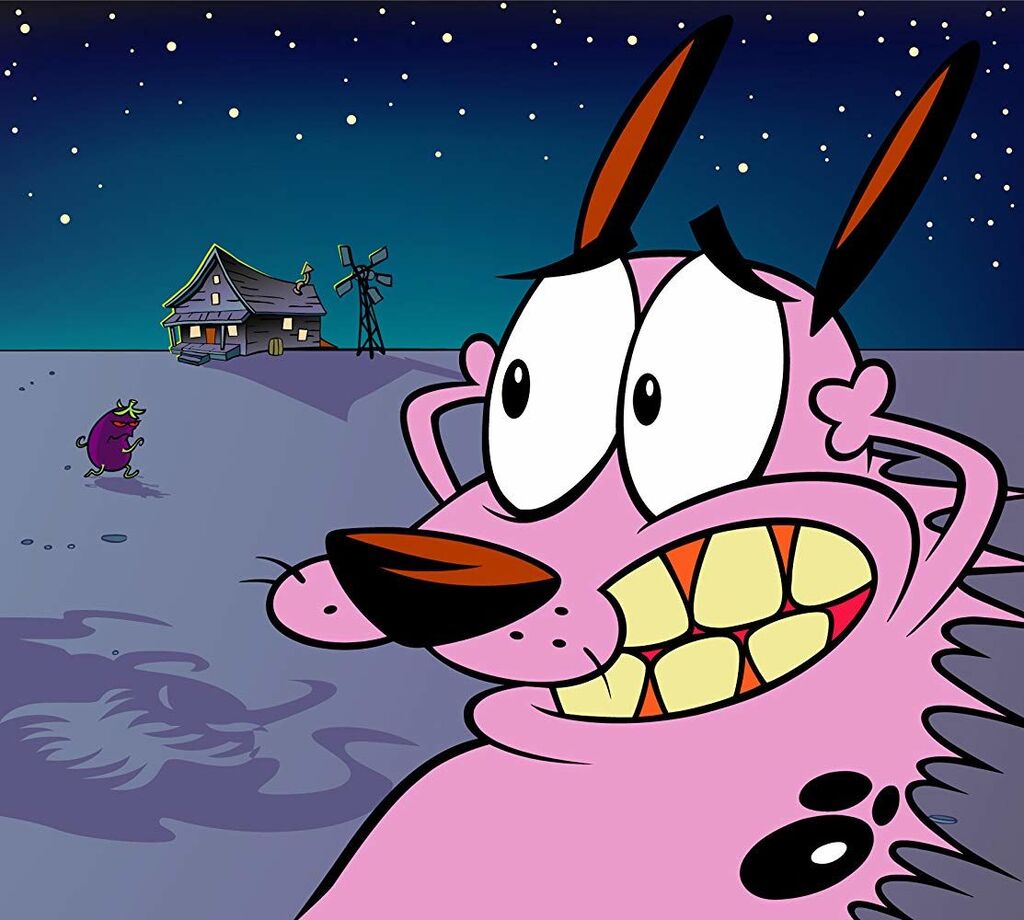 Courage the Cowardly Dog is one of the most famous cartoon dogs of all time! Who doesn’t love this precious darling dog with his fierce love for his old couple?! Courage is a sweet, friendly dog with floppy ears and pigmented skin. His appearance matches that of a Beagle! 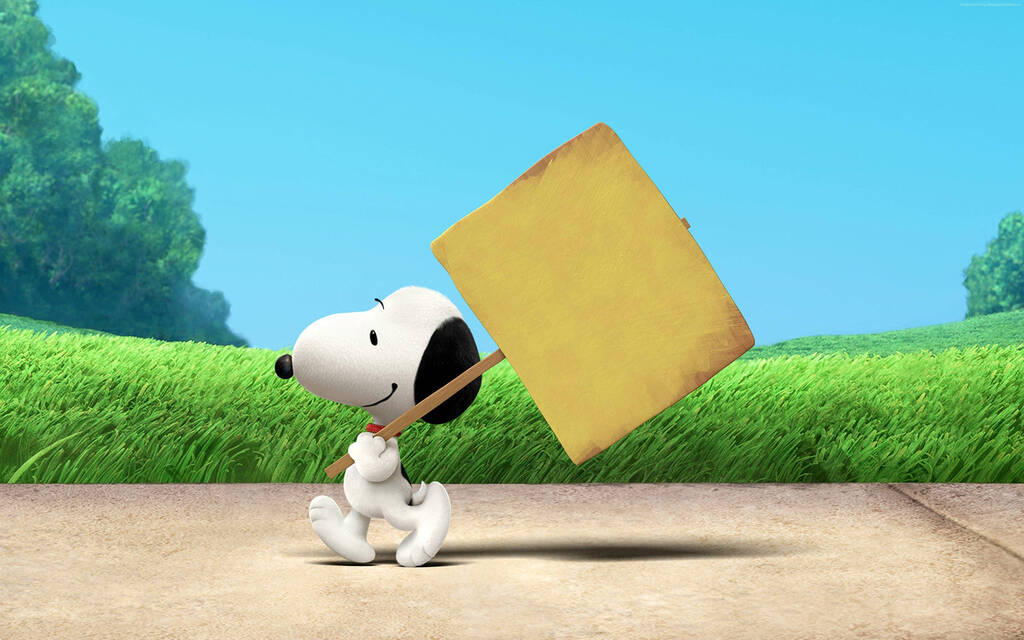 Snoopy from the cartoon strip Peanuts: Peanuts is a gentle, happy-go-lucky dog and a good friend to his owner Charlie Brown. He is also small in size, intelligent, and is shown to be white with black markings resembling a Beagle. 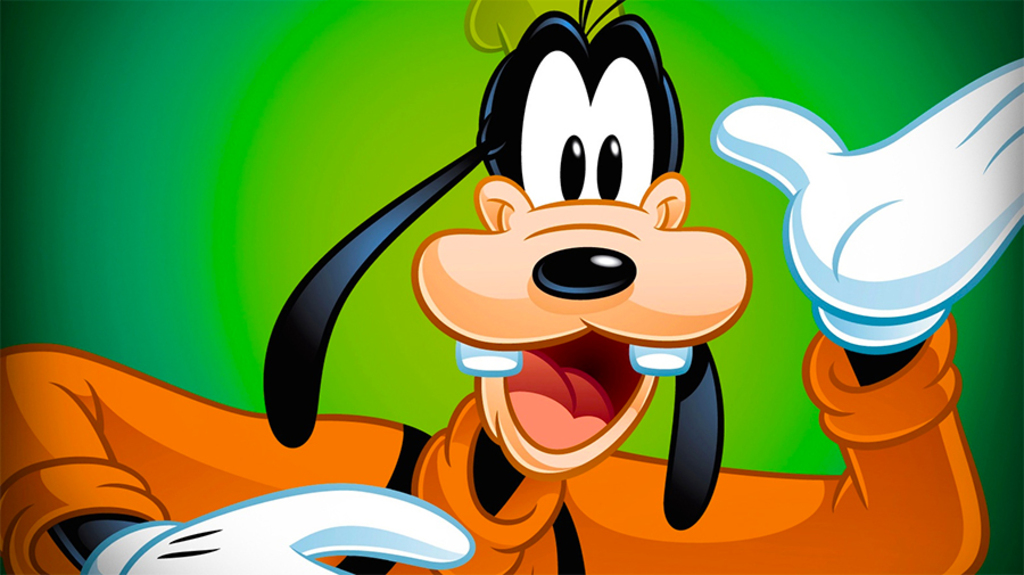 One of the most famous cartoon dogs is Goofy from the Mickey Mouse universe. The lanky, lovable dude is known for his goofiness (obviously!) and is shown to be tall, black, and tan, having long drooping ears. He is a Black and Tan Coonhound. 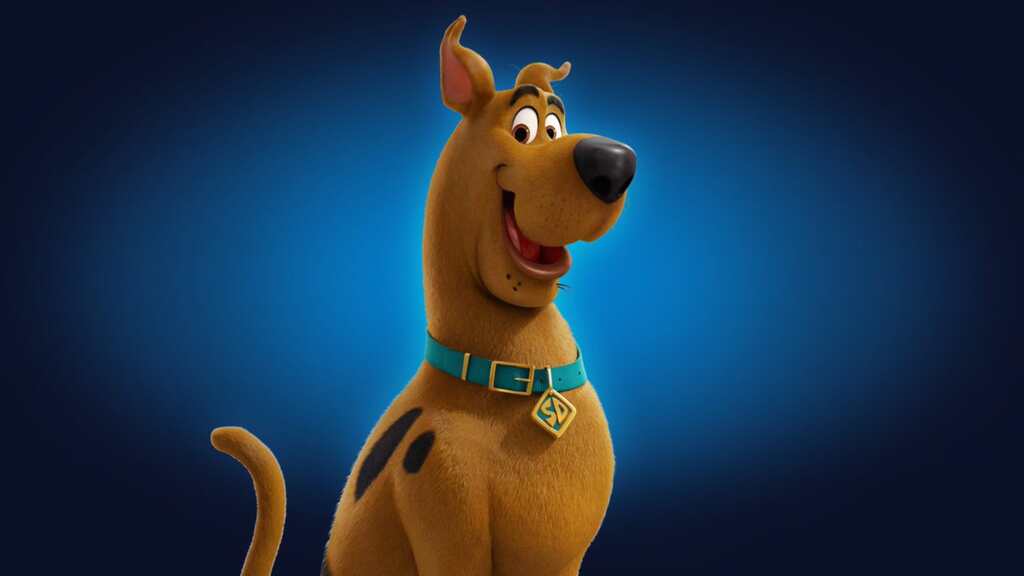 Another insanely popular cartoon dog is Scooby Doo. Scooby Doo has an athletic build. He is tall, brown, and has a large head that is flat on top. His overall appearance shows that he is a Great Dane! 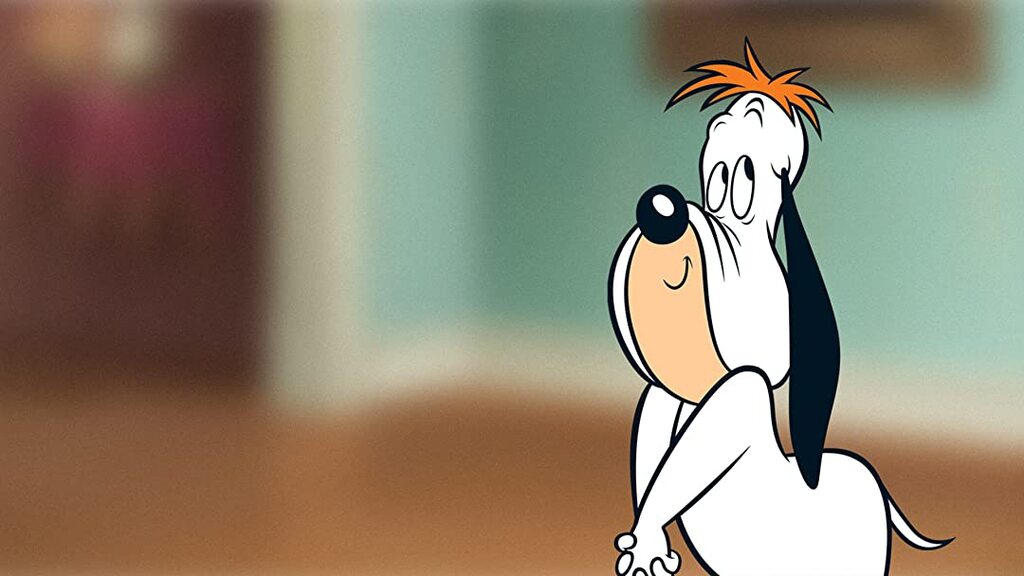 Droopy, the unassuming doggo from Dumb-hounded, is a hard-to-forget face and was an animated character from the golden age of American animation. Droopy is short, has long-hanging ears, a drooping mouth, a sad resting expression on his face, and a wrinkled forehead. These characteristics show that he is a Basset Hound. 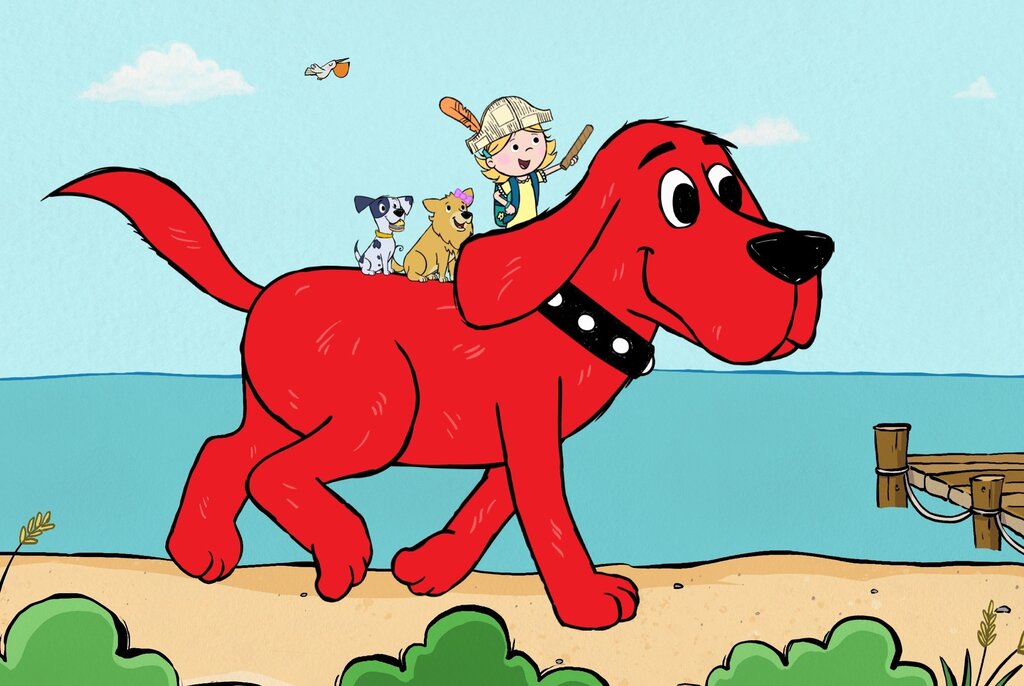 From the Big Red dog film, Clifford was a nostalgic part of our childhood. Clifford’s large build, floppy ears, red coat, and exceptionally friendly and gentle nature suggest that Clifford is a Bloodhound! 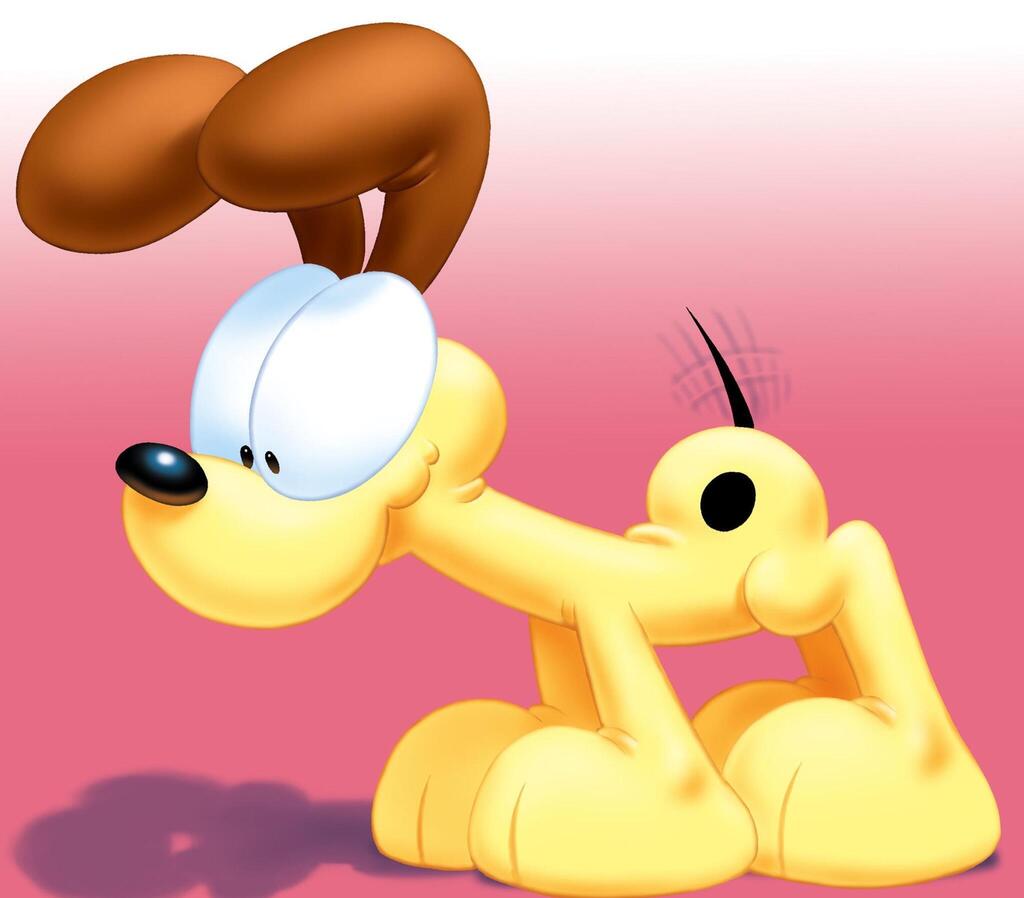 Odie is that dimwitted dog seen in the comic strip- Garfield. Odie has short legs, yellow fur, a large tongue, and long brown drooping ears. He is known to be a Dachshund and Beagle mix. 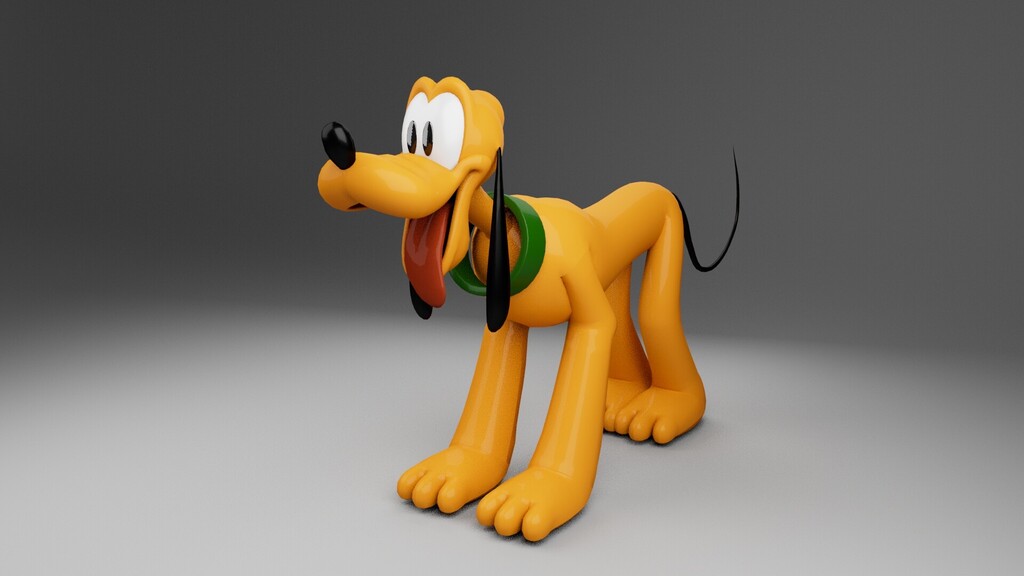 Pluto is probably the oldest on television, making his debut in 1930 as Mickey Mouse’s pet. Pluto has the characteristics of various cartoon dog breeds, such as long drooping ears, athletic build, and long snout. Thus he is considered to be of a mixed breed. 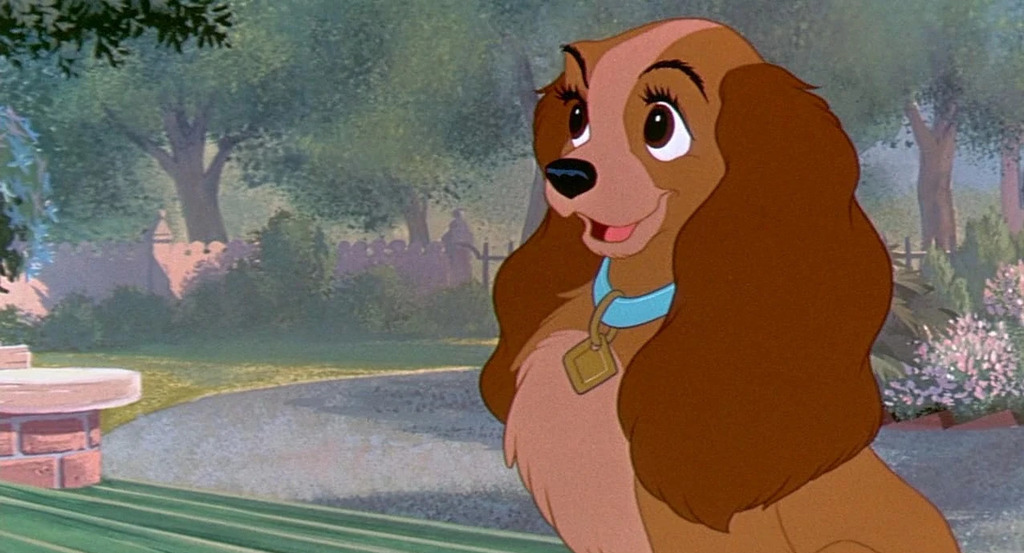 Lady from the Lady and the Tramp film is one of the most popular cartoon dogs. She is a Cocker Spaniel with her dark brown wavy coat, long lush ears, large eyes with eyelashes, and her affectionate and elegant appearance. 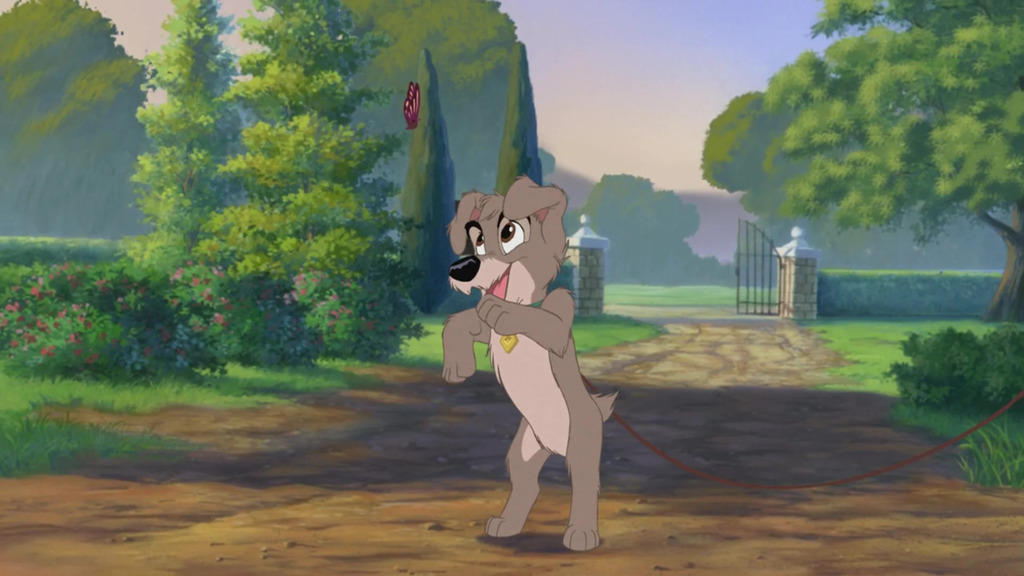 On the other hand, Tramp from the Lady and the Tramp film is a brown, medium-sized, scruffy-looking dog with a single cream-colored stripe. He is said to be of a mixed breed of schnauzer and shepherd. 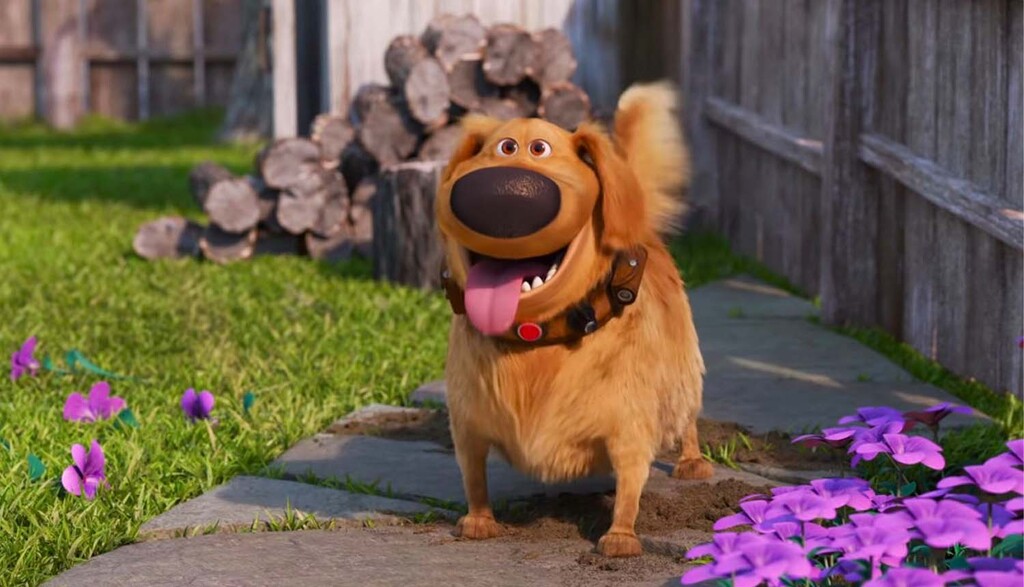 Dug from Disney’s iconic movie Up is a fun-loving, kind, and friendly dog. He has golden, lush fur and graceful droopy ears, which makes him undeniably a Golden Retriever! 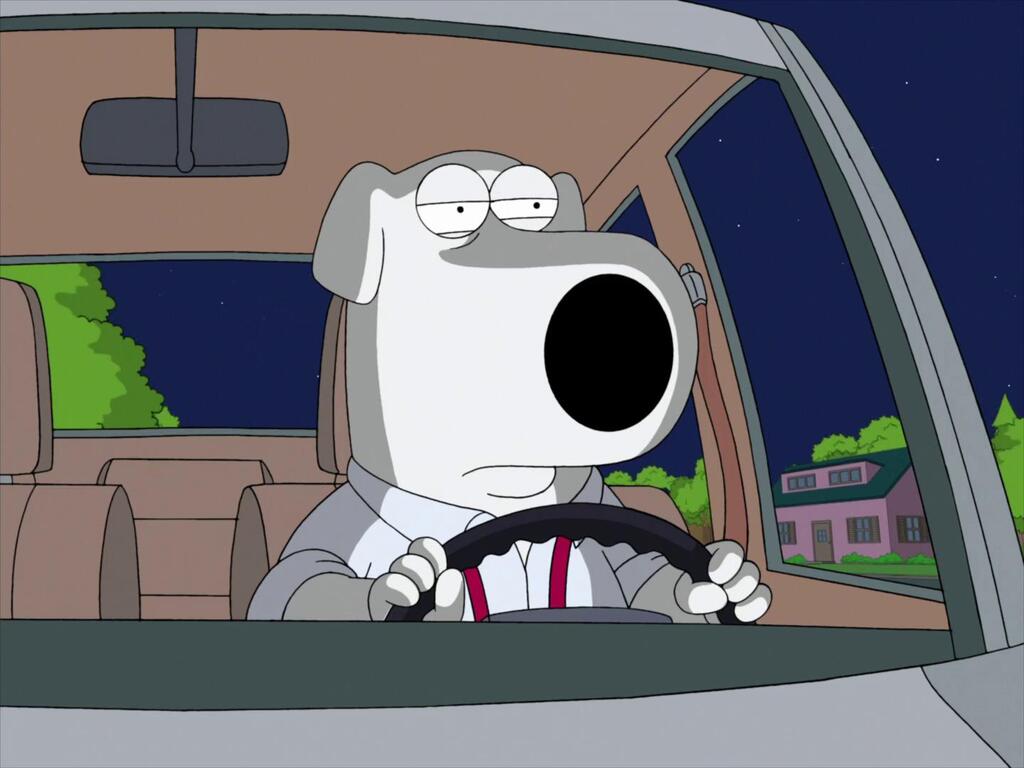 Brian is one of the lead characters in the American animated series ‘The Family Guy. He is a popular cartoon dog among the adults. He is completely white and has a large face and a tapered tail suggesting that he is a Labrador Retriever. 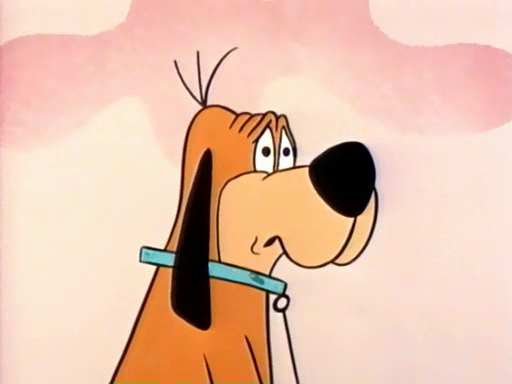 Snuffles, previously known as Snowball, is the main antagonist in the animated series ‘Rick and Morty.’ He is a fluffy white dog with beady black eyes. He is possibly to be a Maltese Breed. 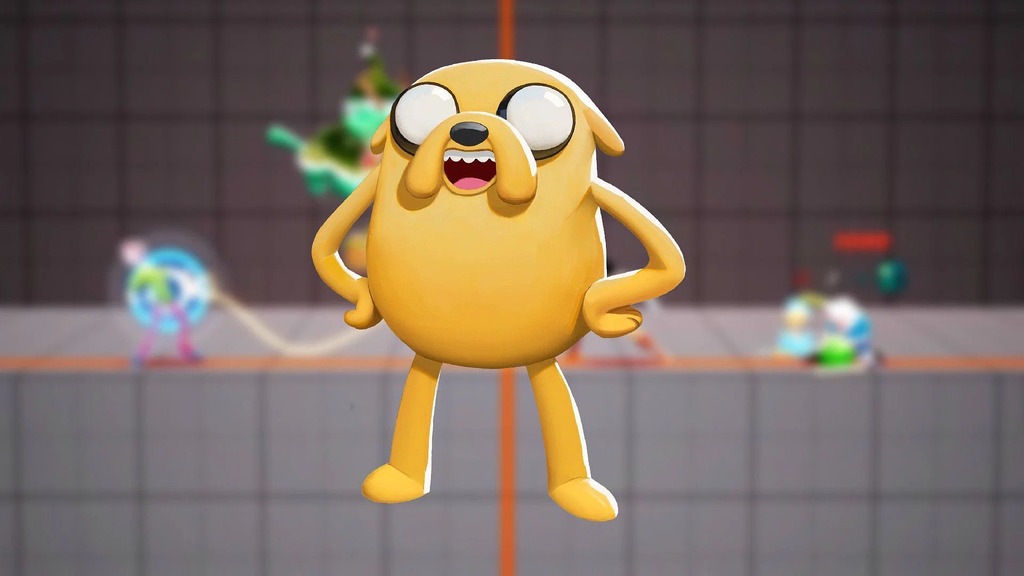 Jake is the deuteragonist in the American animated series – Adventure Time. He is yellow-orange, average-sized, and muscular. He has hanging jowls, no neck, and is considered an English Bulldog. 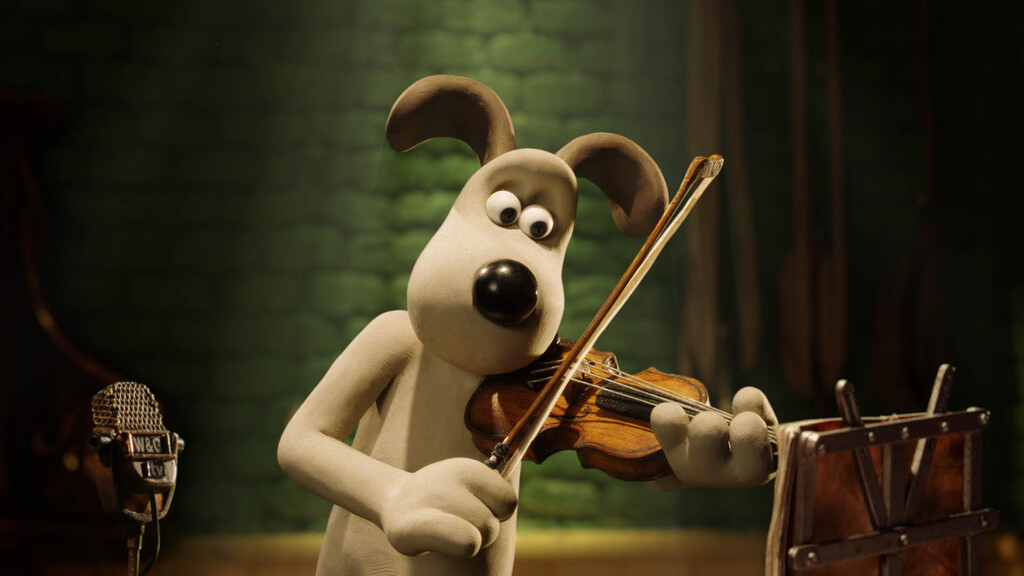 Gromit from the British ‘Wallace and Gromit series is an intelligent, friendly, and kind-hearted dog. He is white, has long floppy ears, and a high tail. He is a Beagle. 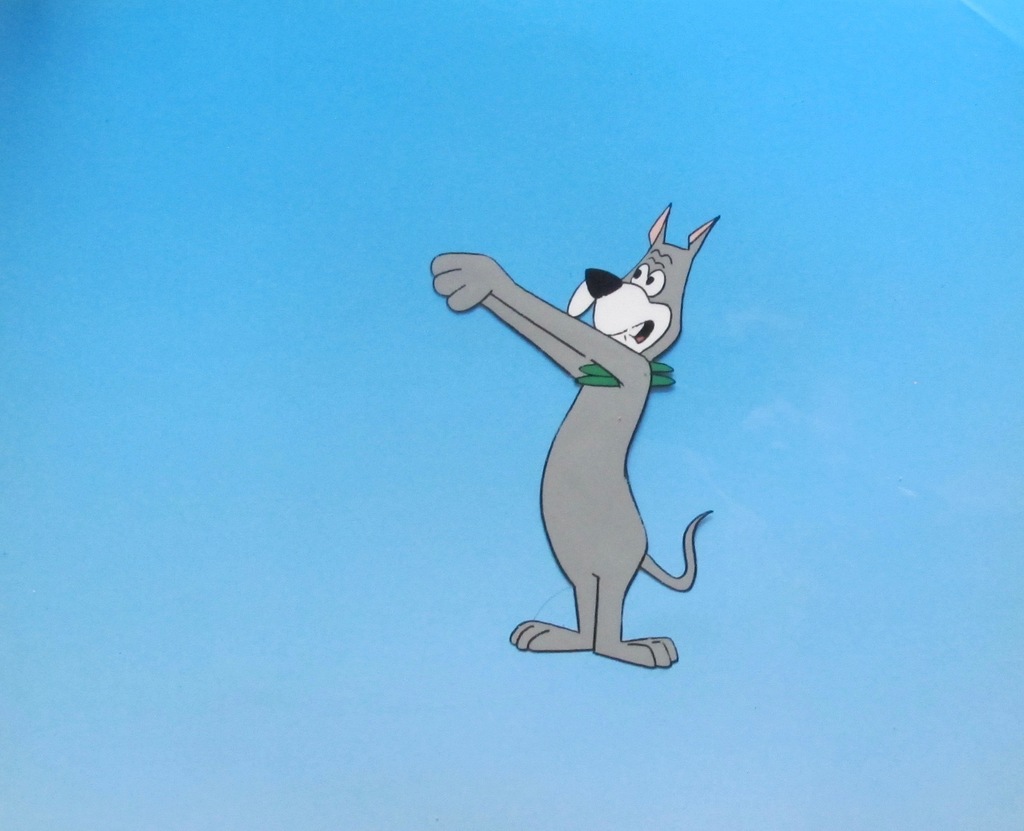 Astro from the space-centered American animated sitcom ‘Jetsons’ was a popular cartoon dog during the 1960s. He is gray with a white snout and has floppy ears. He is considered to be a Great Dane. 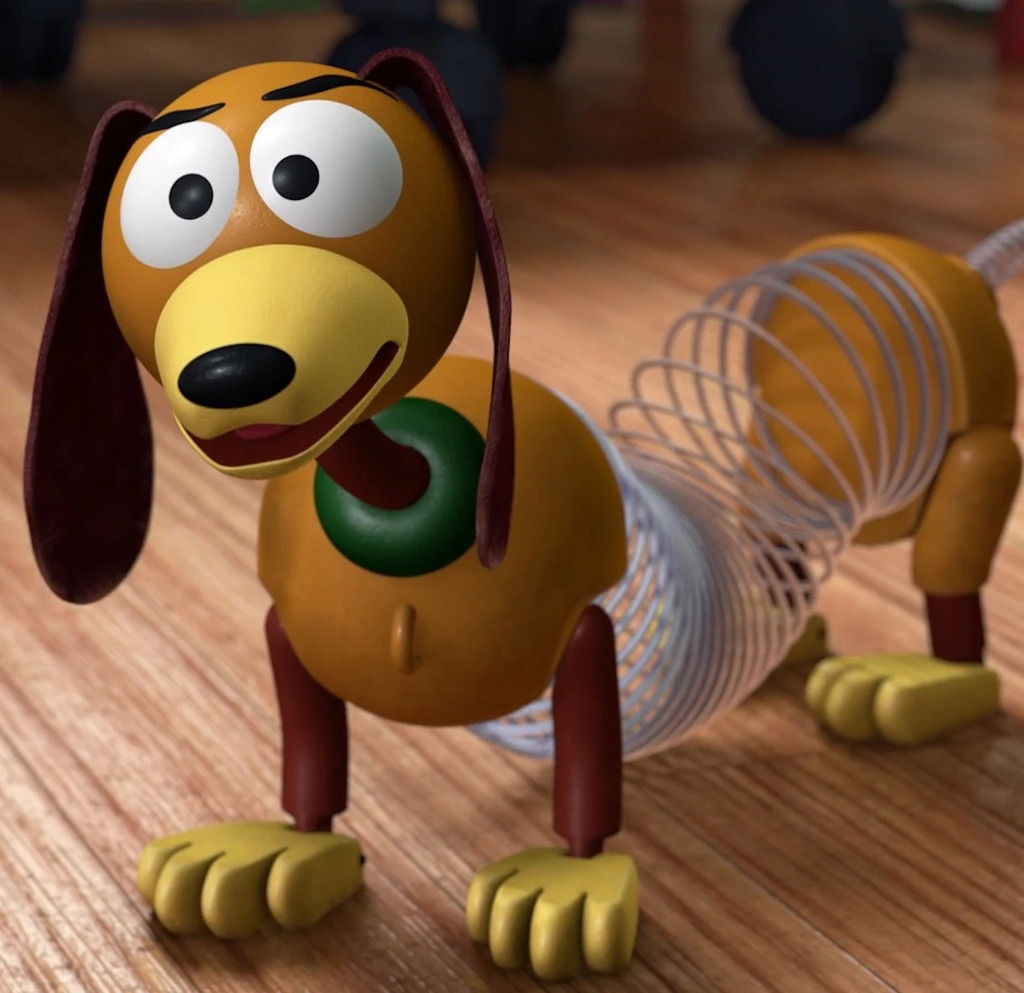 You all remember Slinky, the toy dog from Toy Story. He has a stretchable slinky as his middle from which he derives his name. Slink has short legs, drooping brown ears, and a long back, which makes him a mini dachshund. 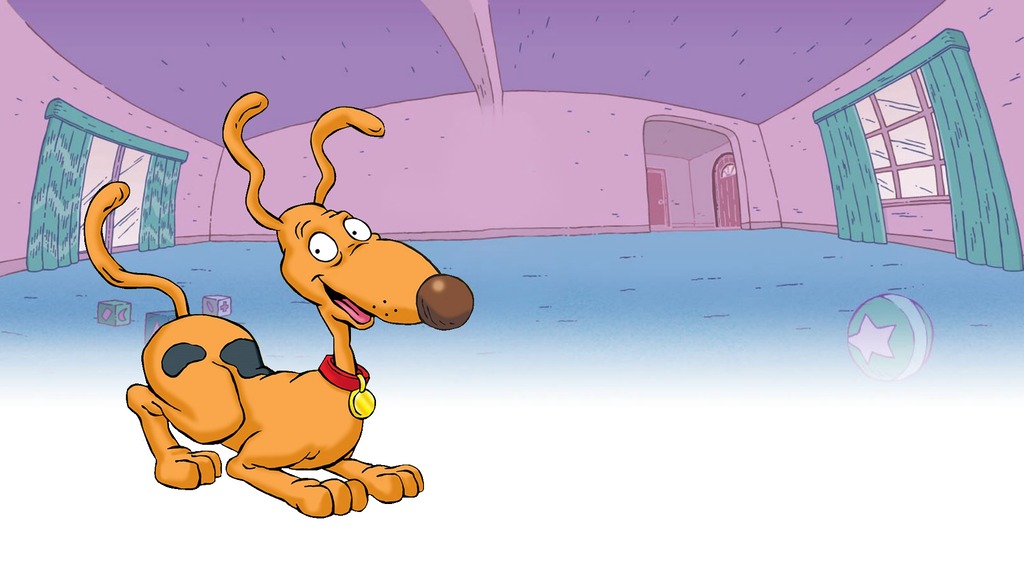 Spike from the cartoon Rugrats is shown as an orange-brown dog with two big gray spots on his back; he has a muscular build and drooping ears. He is portrayed as a friendly and loyal character in the cartoon. He is considered to be a Siberian Tiger Hound. 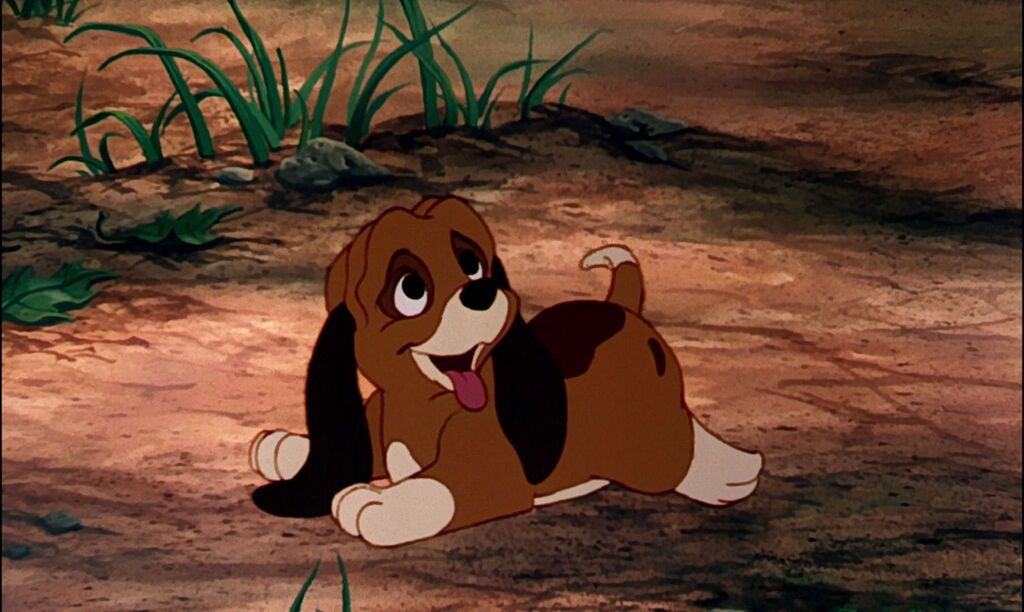 Copper from the film ‘Fox and the Hound’ is a famous cartoon dog among Disney fanatics. He is shown to be a curious puppy with an excellent sense of smell. He is short, brown in color, and has long drooping ears, and has small legs, and a wrinkled forehead. His appearance resembles that of a Basset hound. 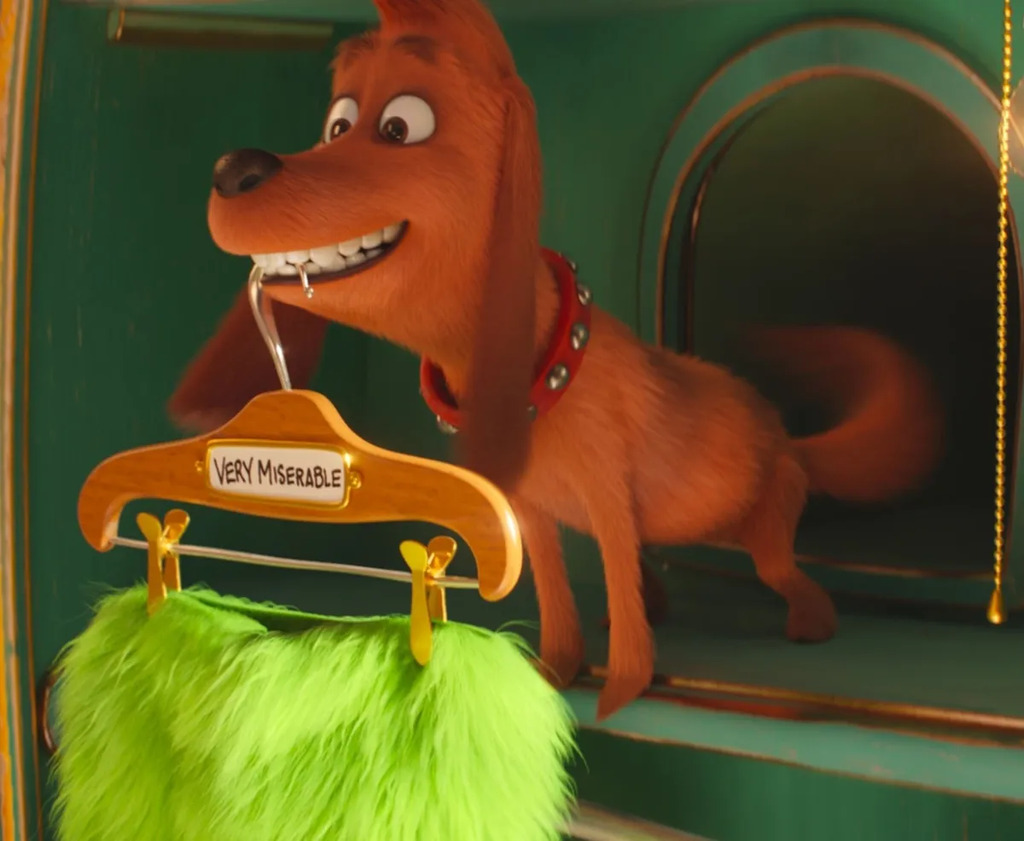 Max from the 2018 film ‘The Grinch’ is that cute little puppy everyone wants to own. He is kind, loyal, and fun-loving! He is shown to have a thick brown coat with dark brown stripes and a furry tail. He is said to be a Mutt but is even speculated as a white and brown Jack Russell terrier. 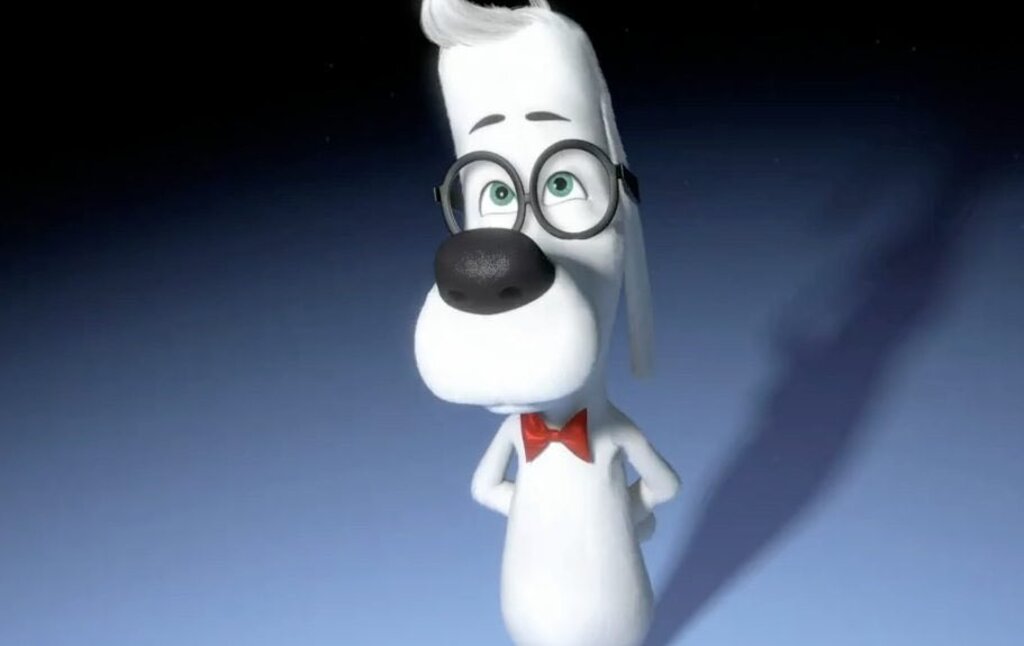 The genius Mr.Peabody from the cartoon Mr.Peabody & Sherman is shown to be an intelligent and active dog with a Pure white coat and drooping ears. He was declared to be a Beagle. 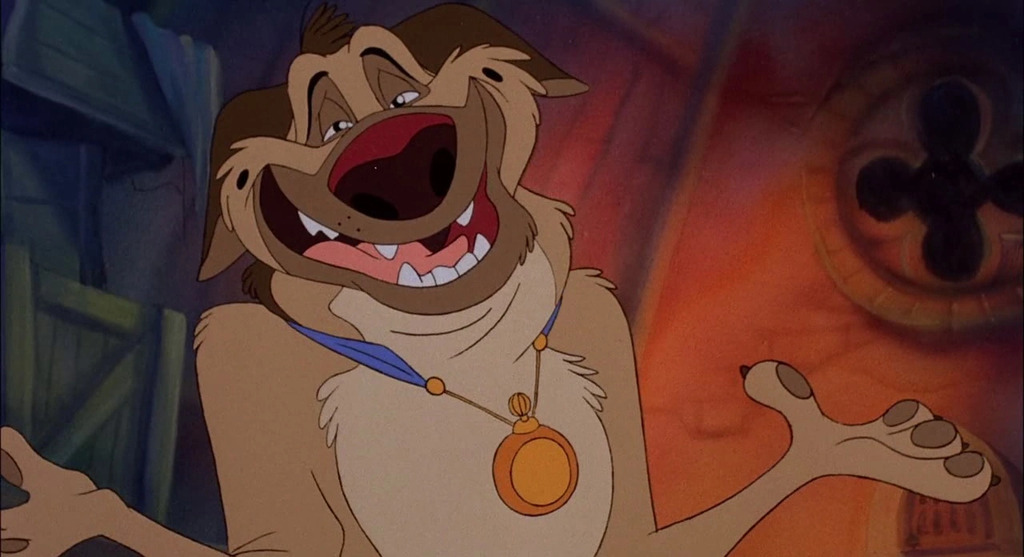 Charlie, the protagonist of the cartoon All Dogs Go To Heaven, is a fun-loving, naughty dog. He is light brown except for his stomach, which is Light tan. He has dark brown ears and a long and shaggy tail. His appearance is close to that of a German Shepherd. 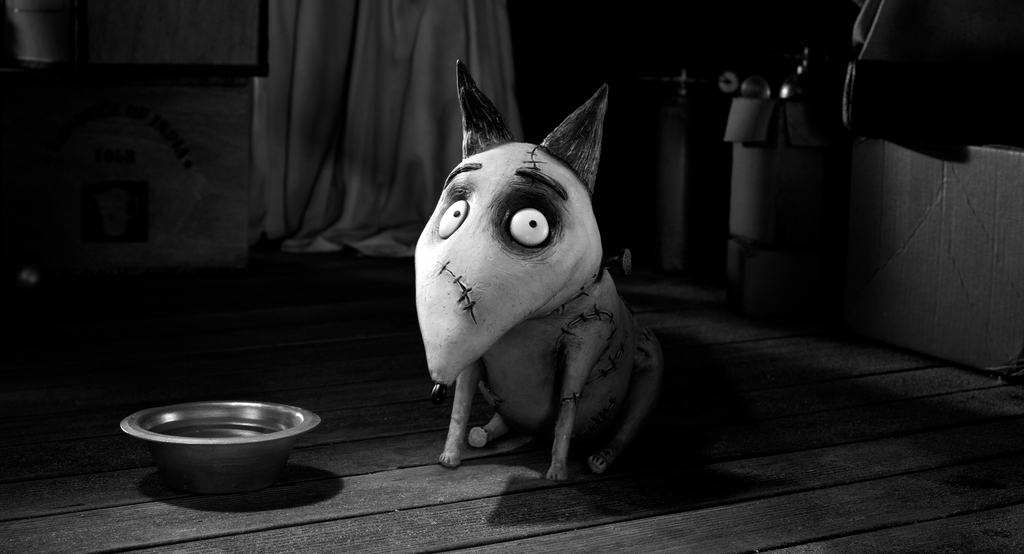 Sparky from the Tim Burton film ‘Frankenweenie’ is shown to be white, except for his ears and tail, which are black. He is said to be a Bull terrier returning from the dead. 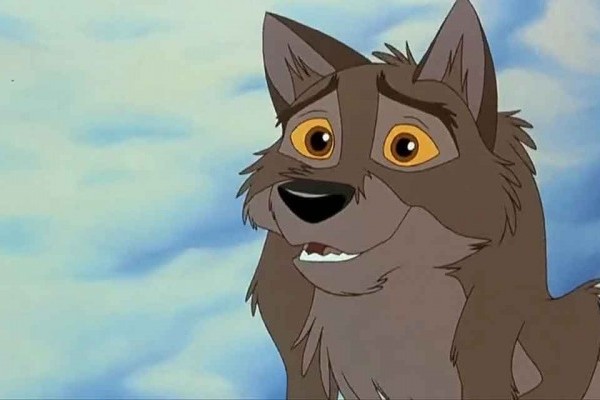 Balto is an adventure film with the titular character Balto as the main protagonist. His shaggy coat and tail combine dark brown and white tan. He is known to be a Siberian Husky. 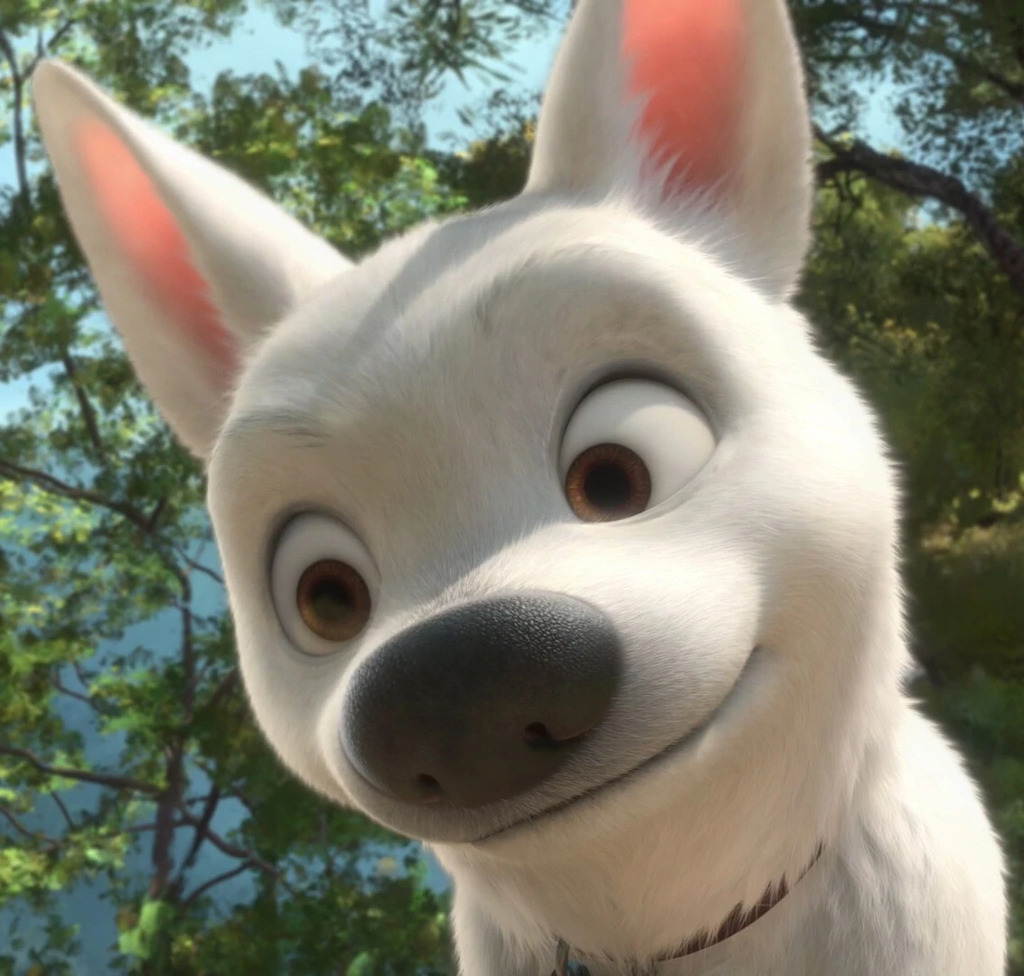 Bolt from the Disney franchise is a good-natured athletic dog with white fur. He is speculated to be a Swiss White Shepherd dog.

Visit PetsNurturing for such PAW-SOME updates!