Here we discussed the best dog pokemon type. Let’s explore some of the beautiful and unique dog type pokemon below that is iconic and favorite of all. The popularity of a Pokemon is beyond the description as “Pikachu, I choose you!” is enough to flash all the memories of childhood. But if you are a dog lover as well as a Pokemon fan, then you will find dog pokemon in your favorite list. With the passing years, the favorite cartoon series has introduced many dog type pokemon and of them, some have become iconic and favorite of all.

The extended love for the dog can be seen in Pokemon as dog Pokemon. Both our childhood and adulthood are full of pokemon adventures, be it as a television show or a game on a mobile phone. I guess there are only 5% of people (or maybe less than that) in the world who don’t like pokemon. Our world is kind of the same except they have superpowers and mythological creatures who fight for them.

To know about them further, we have to consider looking at the list of best dog pokemon. From Smeargle and Houndoom to Arcanine, there’s everyone. If you are mad about the pokemon dogs read this article to the end. You will love the way they act and the energy they possess. Let’s explore some of the beautiful and unique dog pokemon in the below reading: 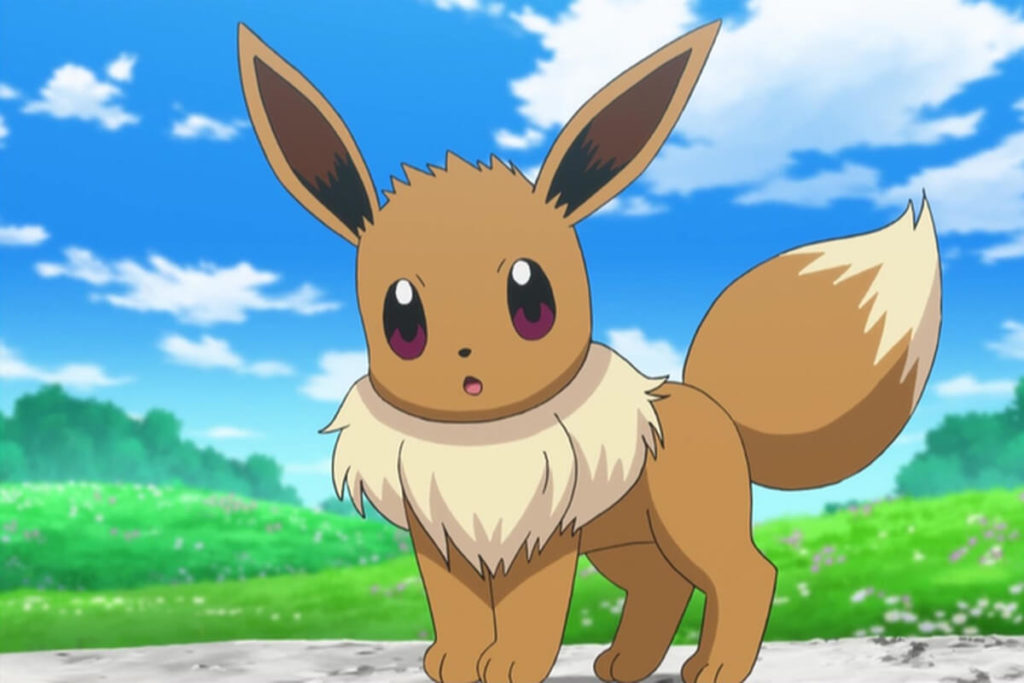 The first name that comes in the list is also the cutest of all Pokemon-Eevee. Her glittering eyes and cute face will surely melt your heart. Known for a peculiar and energetic nature, it is one of the most popular dog type pokemon. After seeing this little Pokemon, you will surely wish if a dog like Eevee could actually exist. 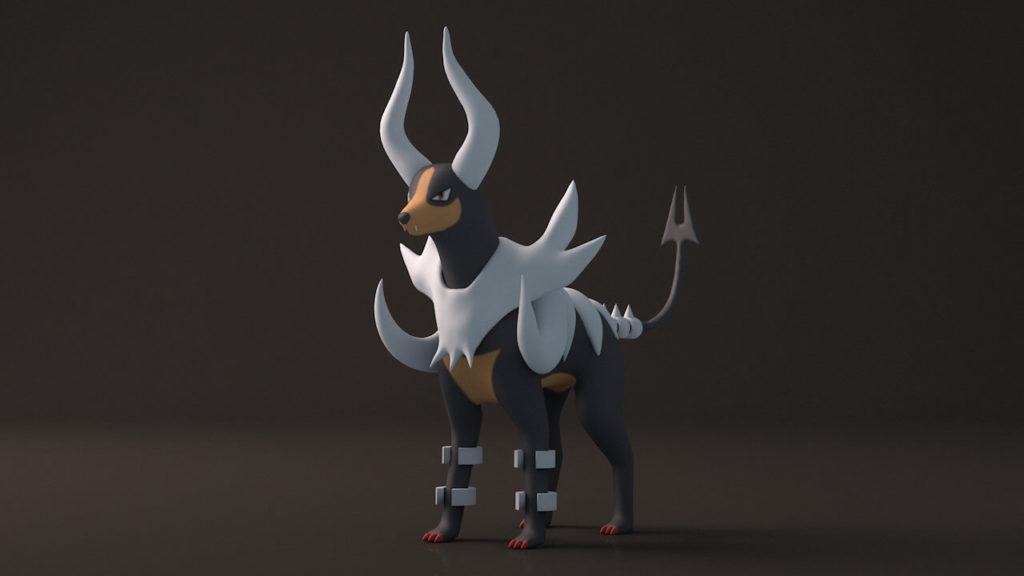 You might not want to mess with this dog-like Pokemon as it is furious and toxin for health. This guard dog with the horns and arrow tail is furious enough to swipe away the enemies with the flames. Its dumb cuffs around the ankles is a fire dog pokemon. Oh by the way, did I mention? It evolves from Houndour. 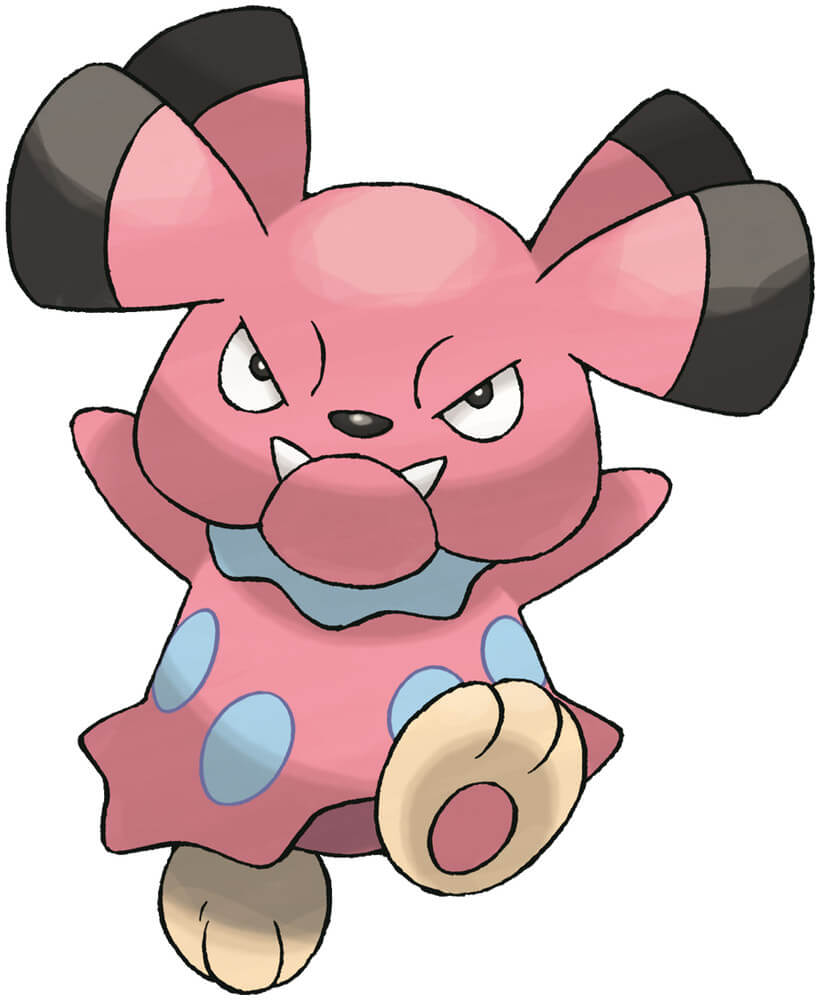 Snubbull looks like a bulldog covered in the pink dress. This little but furious Pokemon can send away the small Pokemon with its baring teeth and angry looks. But at the same time, it looks grumpy all the time. The puppy pokemon is listed under the fairy category. 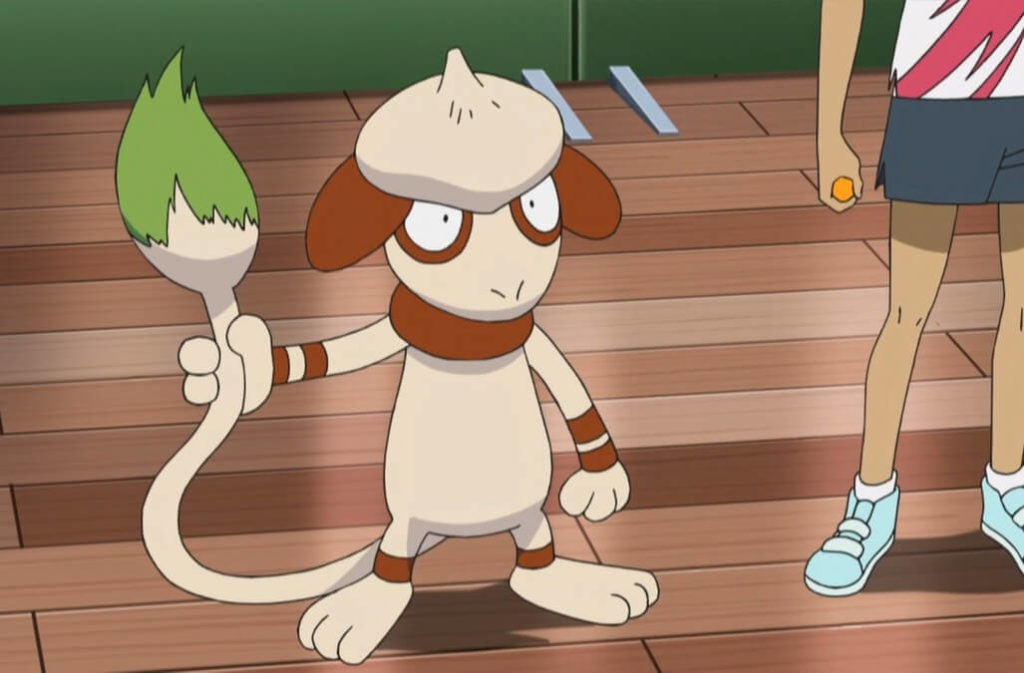 Smeargle is a super cute dog kind pokemon. Appears as a beagle dog, it has the power to copy the last move of opponents. Another interesting thing about this cute dog alike is it marks territory with the help of fluid from the tip of its tail. Smeargle looks more adorable with the tongue out and sparkling eyes. Smeargle ability to paint is something left in an awestruck moment. 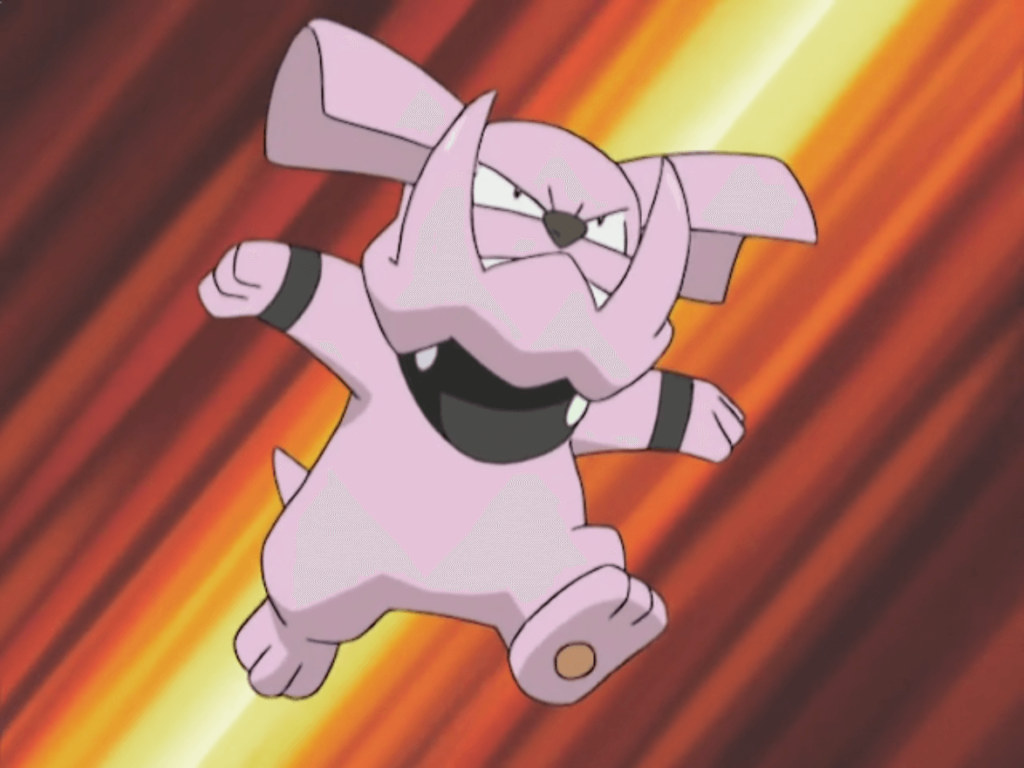 Granbull may look furious and mean but he is one of the timidest and sensitive Pokemon. His sensitive nature and timidity make him unideal as a guard dog. The lower jaw is one of the powerful weapons to send away his enemies. Do you like such a dog in your life? 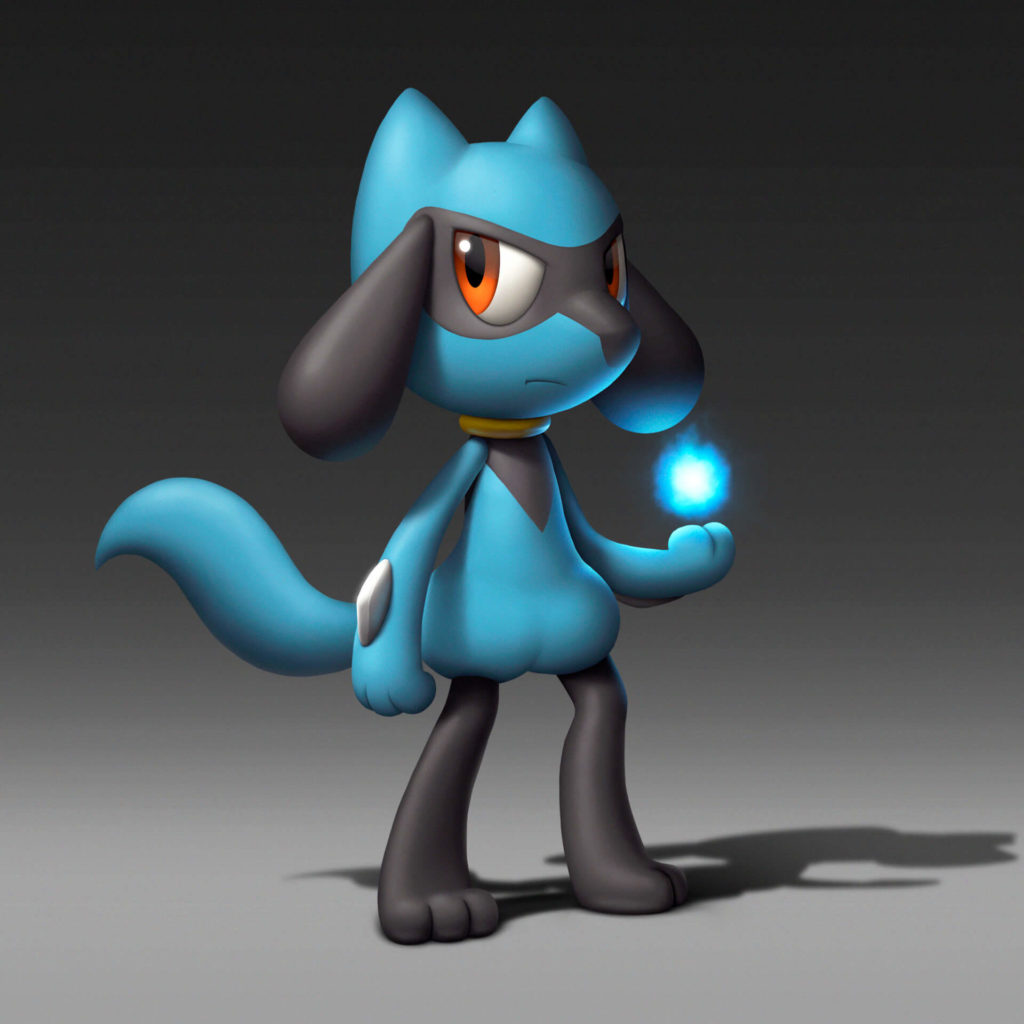 The next dog type pokemon on the list is Riolu. The sense of emotions through waves is commendable. It communicates with others through the shape of auras. This loyal and playful Pokemon becomes more connected to Ash. This super dog falls in the Category of Emanation. 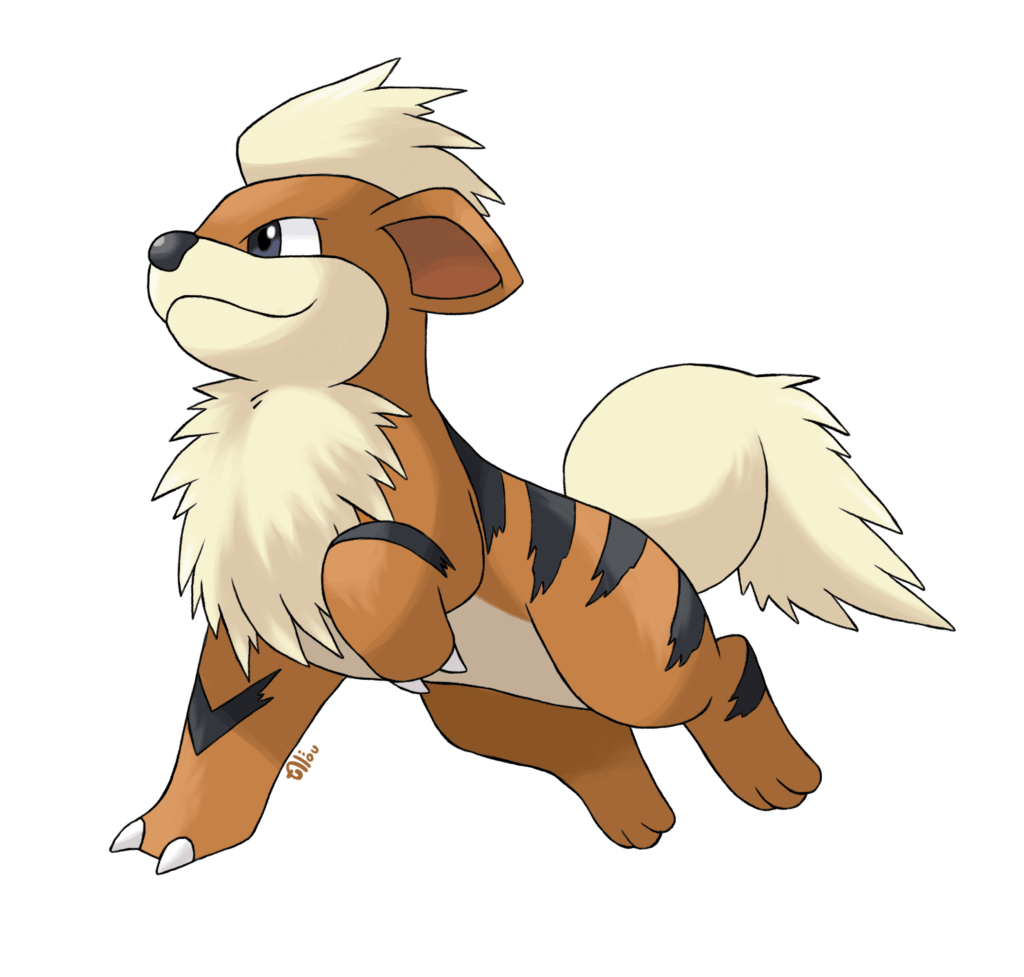 The fire type pokemon looks adorable and irresistible. The puppy pokemon is extra warm when you hug them due to its fire-type nature. Growlithe becomes a savior whenever the dear ones are in trouble. Covered with body fur and black stripes on his orange-colored body. With the ability to sense trespassers in its territories, Growlithe real existence is a lovely dream. 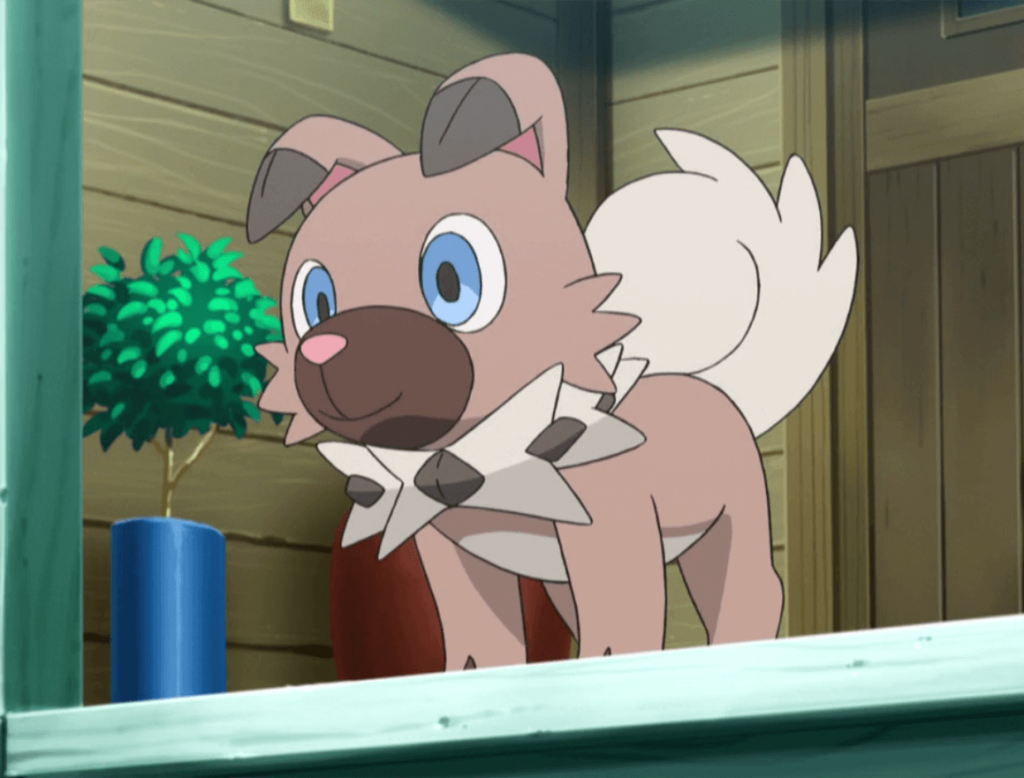 This doggy pokemon is perfect to break all the tensions of life as Rockruff is always playful and joyful. This puppy pokemon has even failed to recognize his own strength yet. With its playful nature and irresistible eyes, it has more resemblance to a German Shepherd. This cute and fun-loving puppy got an excellent sense of smell as it never forgets a person even if it smelled once. I really wish if this character was a reality and not fiction. 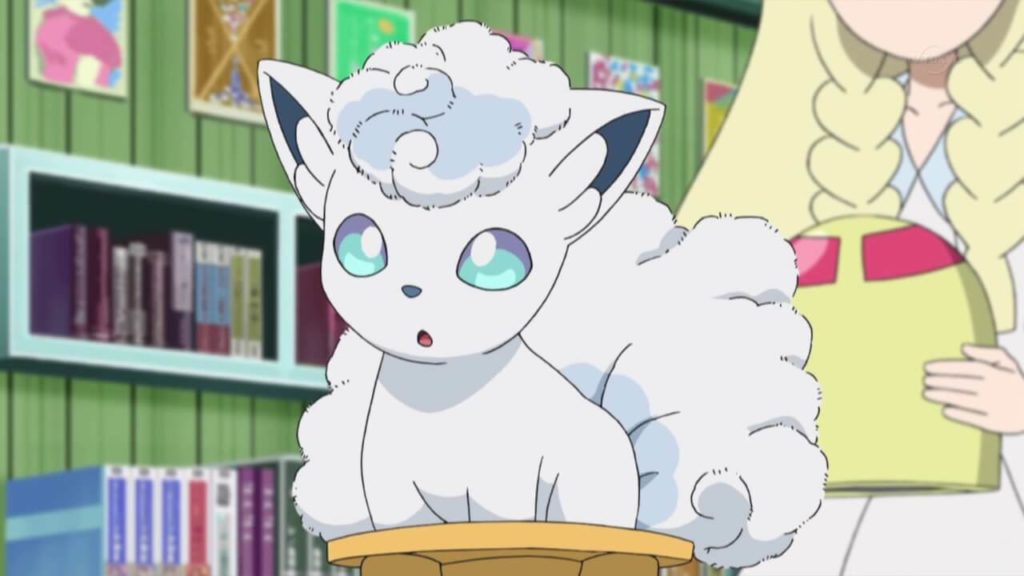 Vulpix is the cutest little guy with the best features. He got the peacock-like tail and sweetest eyes of all Pokemon. Do you know an interesting fact about his tail? At the time of birth, he has one browntail and can be extended to six if the trainer showers plenty of love. He has the ability to manipulate fire and helps in catching prey. In order to prevent himself from overheating, he expels the flames from the mouth. 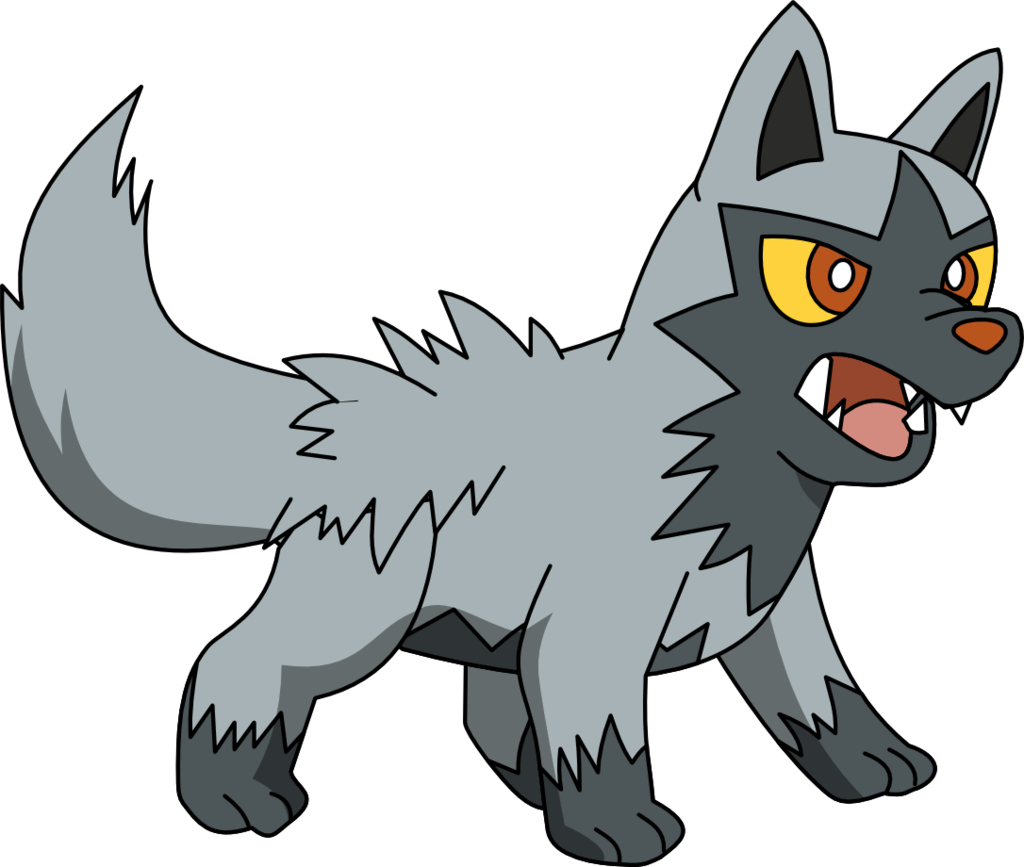 This not so cute canine can chase the prey till it becomes exhausted. The gray body with the furious eye is enough to scare the enemies. He can eat anything as he is omnivorous. The badass dog got a great smell sense. 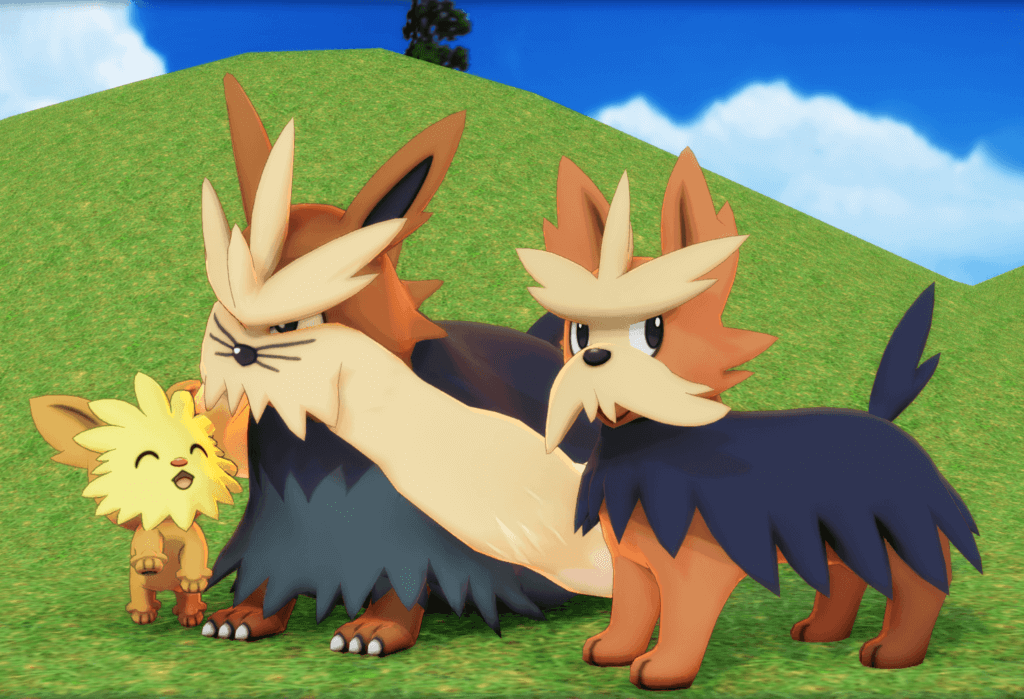 Stoutland is a mixture of different dog breeds around the world. The canine Pokémon’s body covered with the blue hairy fur and short black whiskers portrays him as a serious pokemon. The dense fur protects this dog-like Pokemon from shivering and harsh cold. This trustworthy, smart, and intelligent poke-dog is a great companion. 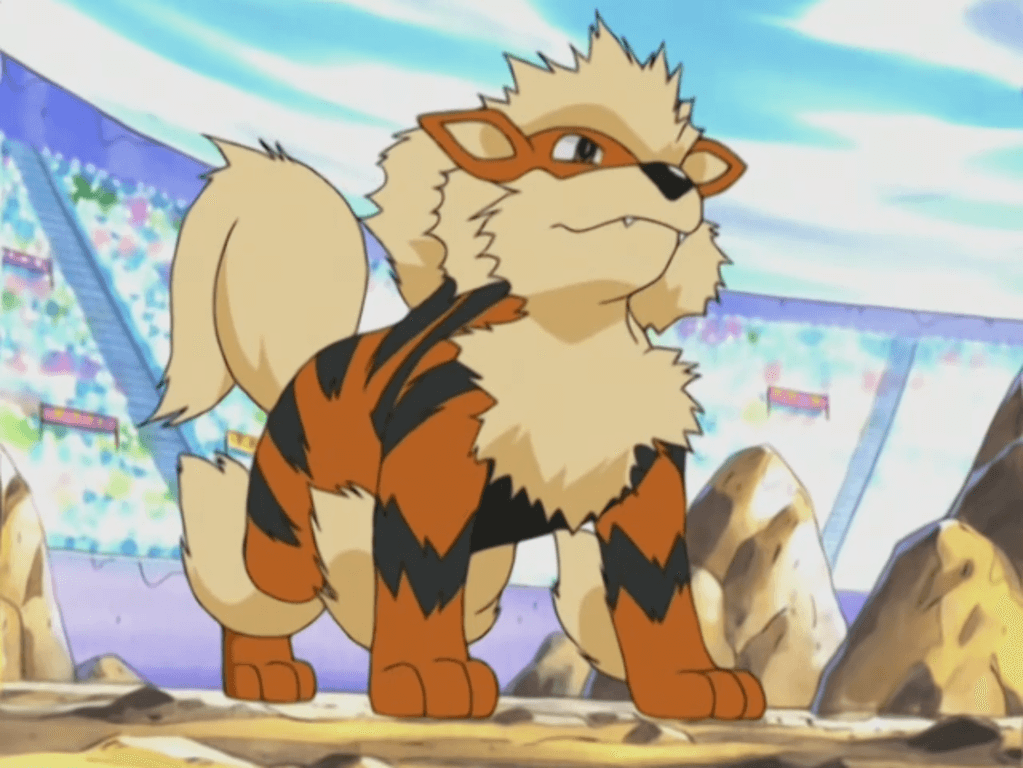 Everyone loves Arcanine and you might have expected this one on the list as well. You read about the Growlithe in this list, Arcanine is its evolved form. You can evolve it at any stage, but it is advised to do so after it has learned the Flare Blitz. Why? As it can learn only one move after evolving.

They are fluffy making them loved but they can breathe fire, which is why it is considered one of the best dog type pokemon in the poke-world.

A Trip to Childhood memories 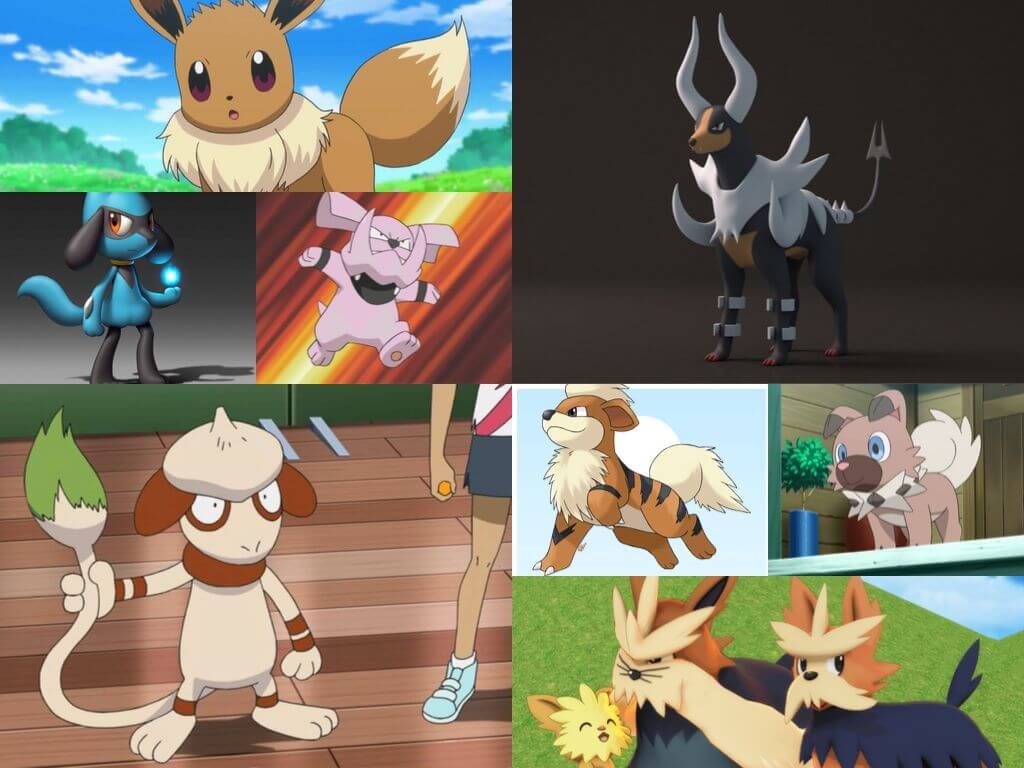 Hence, it is concluded that even in poke-world, canines have been proved to be the best friend of humans as just in our world. As you saw many of these dog pokemon are inspired by real-life pooch but with added powers. Do you have any of them as your pet?

No doubt, a dog is cute of all pets, but dog type pokemon is the cutest of all. From a certain point in time, these fictional characters have opened the floodgates of happiness with their adorable features and amazing power. How important is the pet in your life? What role does your pet play in your life?