Halloween cats: What’s the Connection Between Black Cats And Halloween?

429 views
Table Of Contents hide
1 The History of Black Cats and Halloween
2 How Did Black Cats Become Halloween Symbols?
3 Black Cat Myths
4 How Dangerous Is Halloween for Black Cats?
5 How to Protect Your Furry Friend at Halloween?
5.1 Keep them inside
5.2 Keep them happy
5.3 Keep them away from the doorbell.
5.4 Halloween party
6 Keep your Cat Safe!

As the month of October is coming, our excitement is also getting high. Because Halloween is coming!! Crazy decorations, fancy costumes, terrifying night parties, and lots of delicious food, Halloween is a fun day with family and friends. We decorate our homes in the spookiest way possible and get dressed in various ghoulish costumes. But all of these weird noises, shapes, and surprises sometimes scare our beloved pets. Today we are showing some halloween cats.

You may have already heard about the Halloween scary stories related to pets, and If you have a black cat, you might be extra worrying. We all know black cats are one of Halloween’s most recognizable symbols and one of the most targeted pets of superstition. Read this blog to know the history of black cats, how they’re connected with Halloween, and how to keep your kitty safe during this time of the year.

According to Wikipedia, “A black cat is a domestic cat with shiny black fur that may be a mixed or specific breed or a common domestic cat of no particular breed.” But there are many sayings and superstitions that are surrounded by this dark feline. Some people are completely in favor of black cats, where some believe that black cats are a bad omen. Let’s know more bewildering and staggering facts about Halloween and black cats:

The History of Black Cats and Halloween 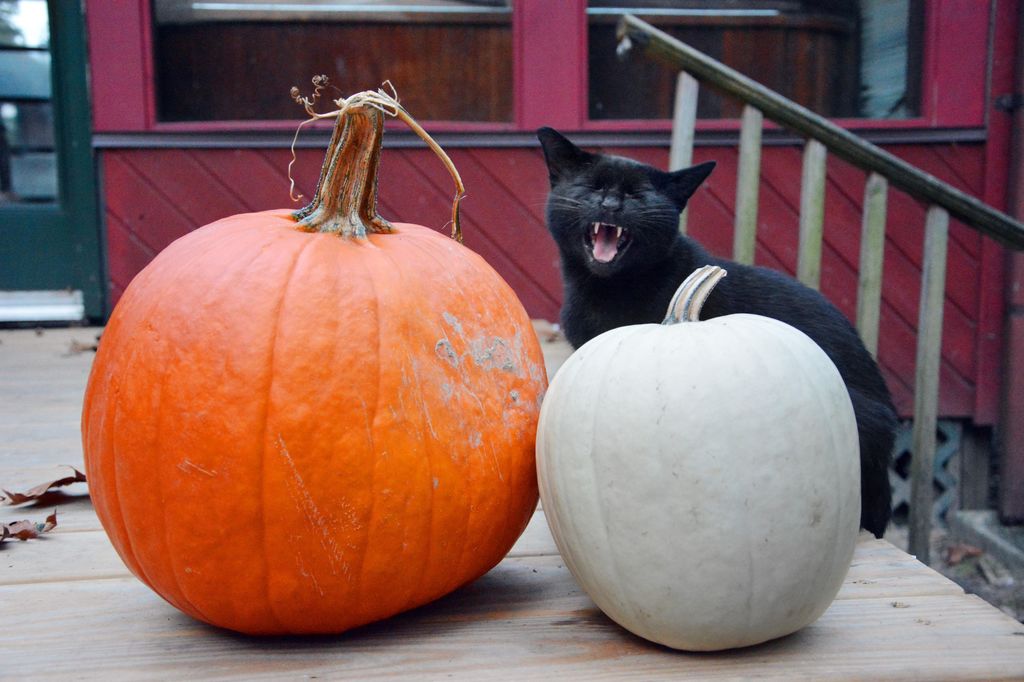 Black cats are considered as Halloween icons. It is also a famous costume option for Halloween. Many people from various age groups love this idea and dress as a cat. But do you know how they got such spooky inspirations?

The connection between black cats and Halloween is definitely not a new trend. The stories of black cats, either good or bad, have been heard from thousands of years. In the Starting of the Middle Ages, these dark felines were being associated with Satan, witches, and witchcraft. Even some people believed so far that these dark cats were related to witches, or some witches could disguise themselves as black cats.

This wide-spread superstition resulted in the horrific mass killing of black cats, and In Europe, many witches were burned alive at stake alongside their cat. But the main disappointment is that even today, many people believe in these superstitions. The fear of black cats still has some influence today. For example, out of fear of black cats being used sacrificially, many animal shelters don’t take them during the month of October. 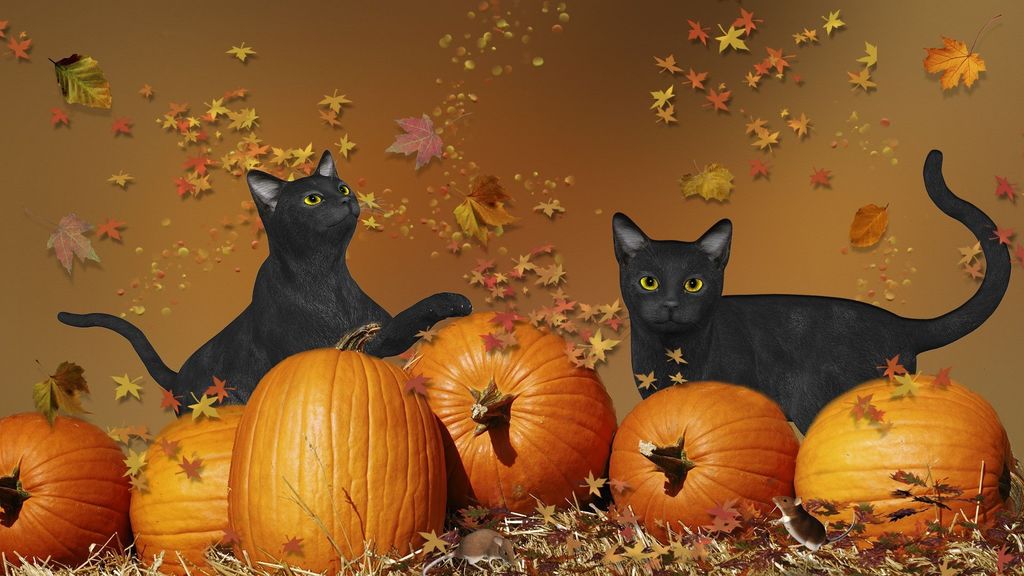 Over the years, the black cats’ image has evolved, from evil spirits to the fortunate bringers, they have become a symbol of various omens. They have dark shiny fur coats (which personally I like the most) and sharp glowing eyes, and because of their appearance, people still think of them as horrible as the human witches.

Back in time, when Puritans had bad luck, they did the Salem Witch Trials. During this, they all believed that witches could bond with specific animals. Later, all these were often seen as extensions of the witch and evil witchy deeds, and eventually, all black cats were assumed to be affiliated with witches.

They also have a bad reputation simply because of the color of their fur. Usually, Black is often associated with evil, anarchy, and mayhem, and that’s why black cats added to the traditional cast of Halloween decor amongst ghosts, goblins, and ghouls. Even today, if you look at any television shows, movies, and books, it’s pretty common to portray a black cat in a spooky and tense environment.

Especially during the Halloween season, you’ll likely see black cat silhouettes in windows, perfectly perched kitties on the backs of broomsticks, and you’ll feel that those lovely yellow eyes are glowing at you from around every corner. They are most commonly seen alongside witches or even adorning their own witch hat, making them one of the most popular Halloween symbols and decorations. 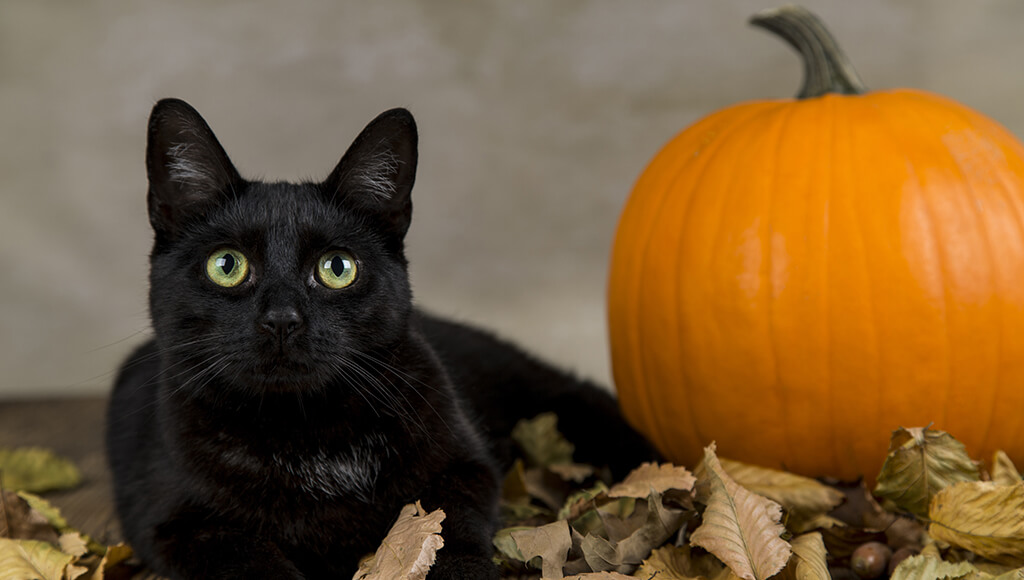 Superstitions and myths are following us from ancient times. They are made with every animal, but with black cats, it is on the higher side. Some of the more commonly heard black cat myths or warnings include:

Note: We neither believe any of these superstitions nor support these practices.

Some people believe that if a black feline crosses your path while driving, it’s a very bad sign. Immediately turn your hat around backward and mark an X on your windshield. This will prevent bad luck. Whereas in In Asia and the United Kingdom, black cats are considered auspicious as they bring good luck.

But whatever stories are telling us about this mysterious creature, one thing is clear that they’re far from bad luck and evil. They are loving family friends, just like any other cat.

How Dangerous Is Halloween for Black Cats? 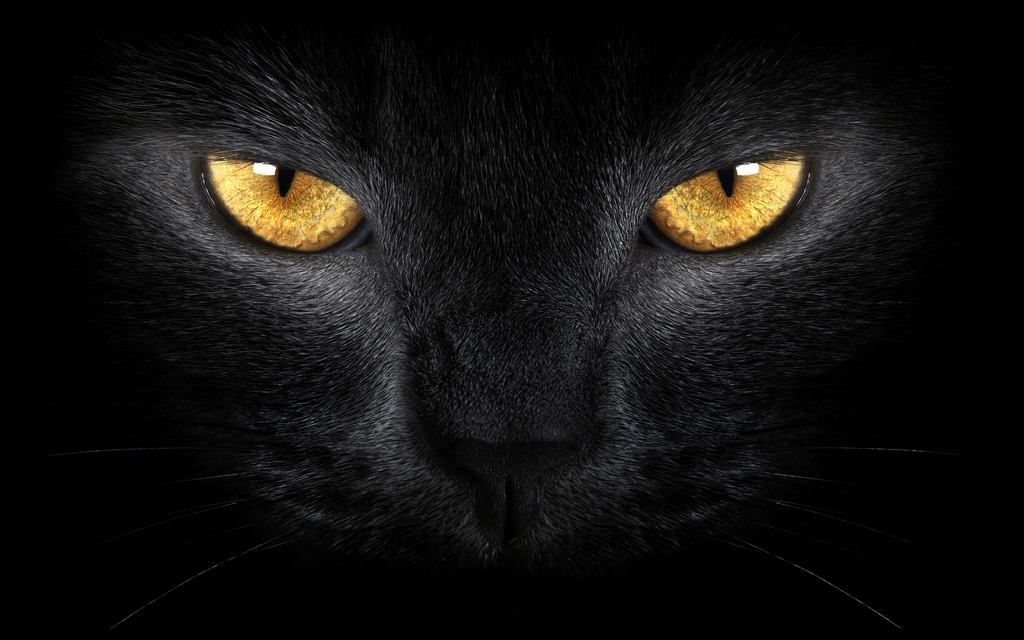 Being a black cat is actually no different than being any other color cat; they are cute, intelligent, and adorable as any other felines. However, many people don’t agree with this; they still think blacks cats represent Halloween. During this season, black cats are used for sacrifices and satanic rituals at Halloween, and the scariest part is the common phenomenon known as Black Dog Syndrome.

“Black Dog Syndrome refers to a pattern that many animal shelters, workers, and adoption volunteers have noticed over the years. The adoption of black cats is quite difficult, especially during the whole Halloween season.”

No one knows the exact reason for this but below are some common theories that are widespread of why these dark creatures are not adopted in this time of the year:

However, despite these witchy stories, there is no substantial evidence that animal abuse is any greater at this time of the year. Still, most people and animal shelters don’t prefer to adopt black felines out around Halloween time.

How to Protect Your Furry Friend at Halloween? 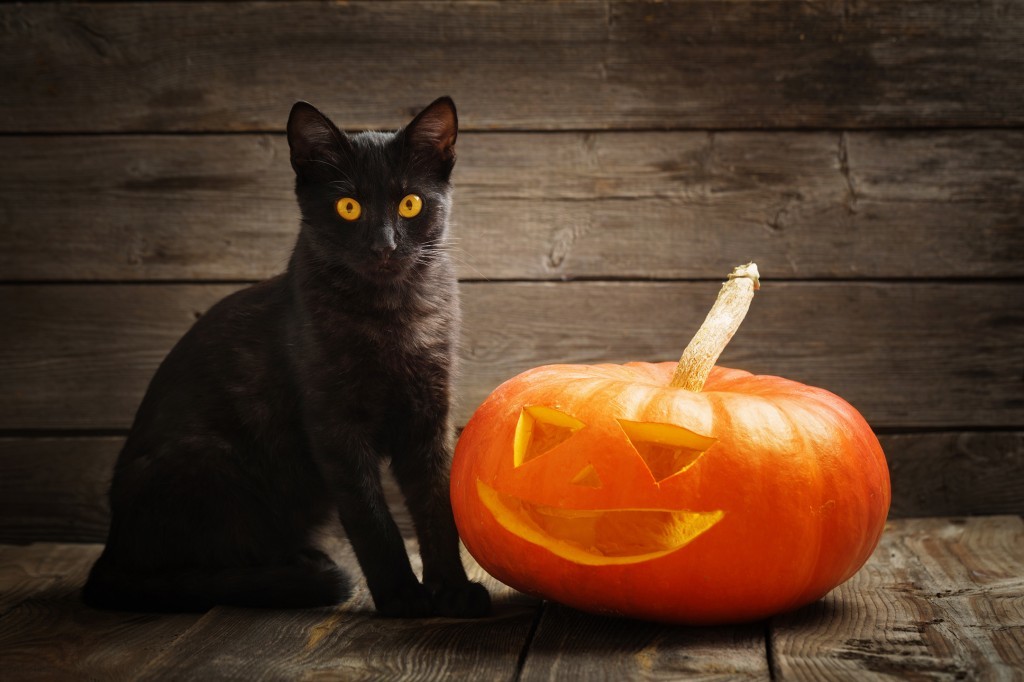 Have a black cat, and you are worried about her safety in the Halloween season? No worries, follow these things to keep your kitty from unwanted harmful things:

Halloween is probably the most dangerous for black cats. The spooky costumes can easily frighten your little one, so it is better to keep them inside.

If your cat loves to do outdoor activities and she may not like to stay inside. Then the best solution for this is to keep them happy. Just pet and play with your kitty and give her treats.

Keep them away from the doorbell.

Does your cat get scared by the sound of the door? There might be a lot of people coming to your place and ringing the bell, so try to keep your furry friend in the room furthest away from the front door.

If this year you have plans to have a Halloween party at your place, consider putting your kitten in a separate room. This will ensure that she is safe, and no one will access the place where she is playing. This way, your kitty will be safe from the careless party guest, and you’re also able to enjoy your Halloween party. 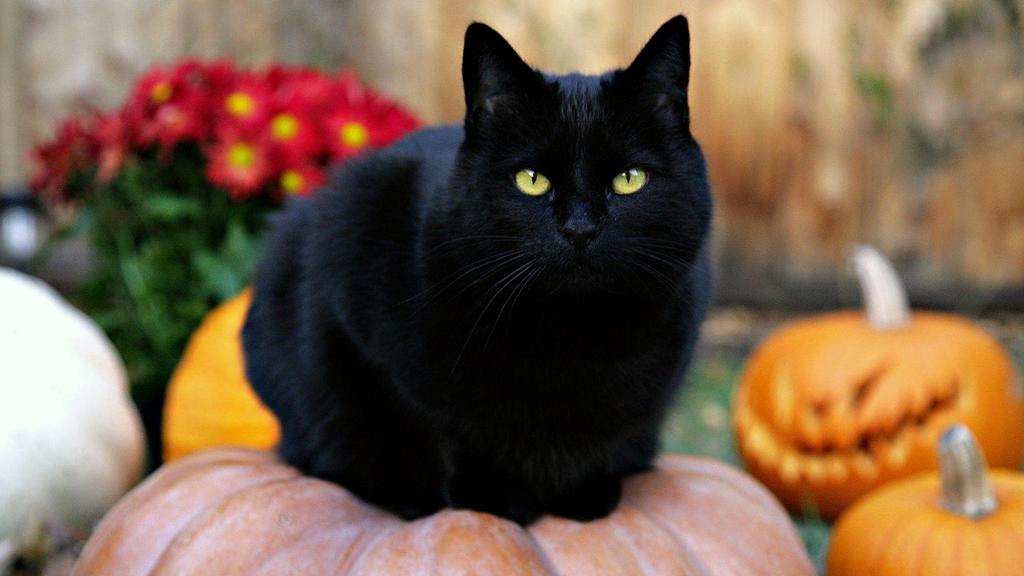 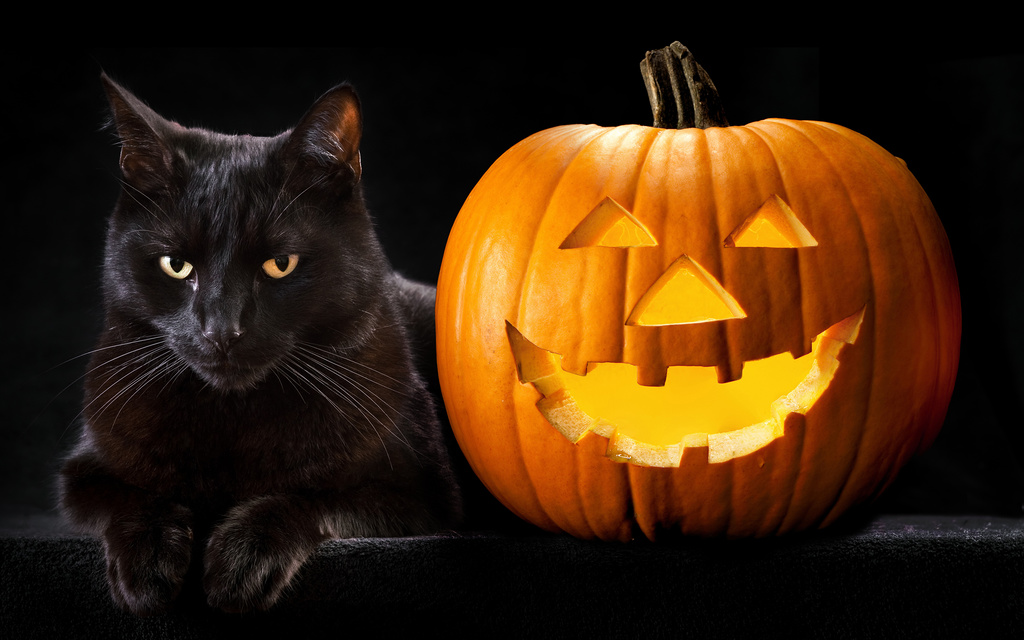 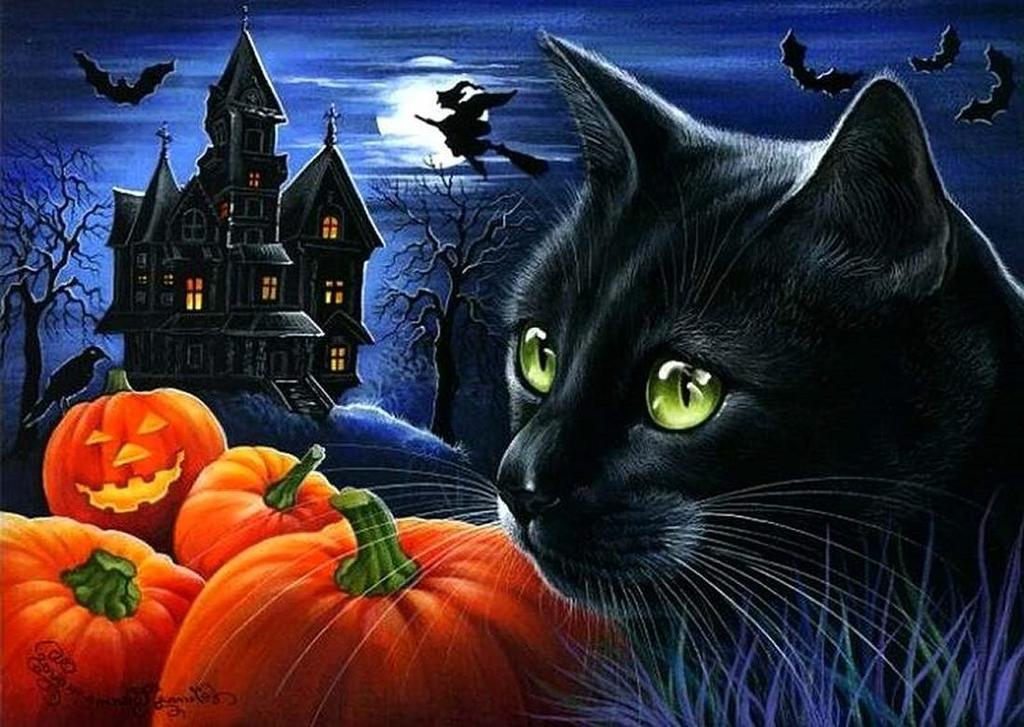 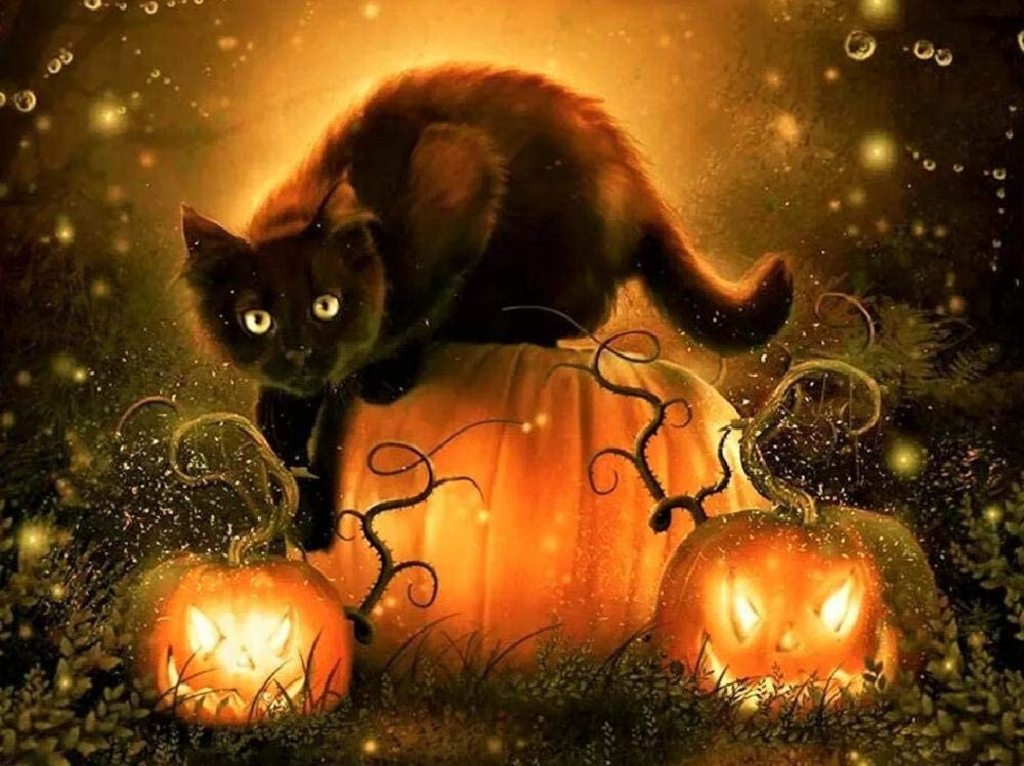 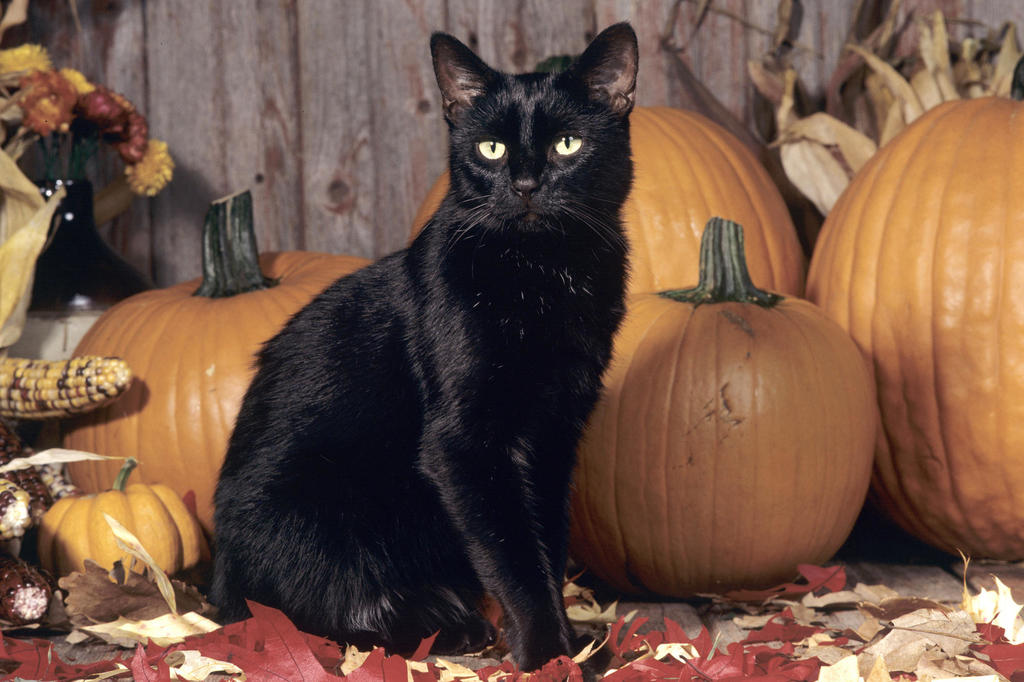 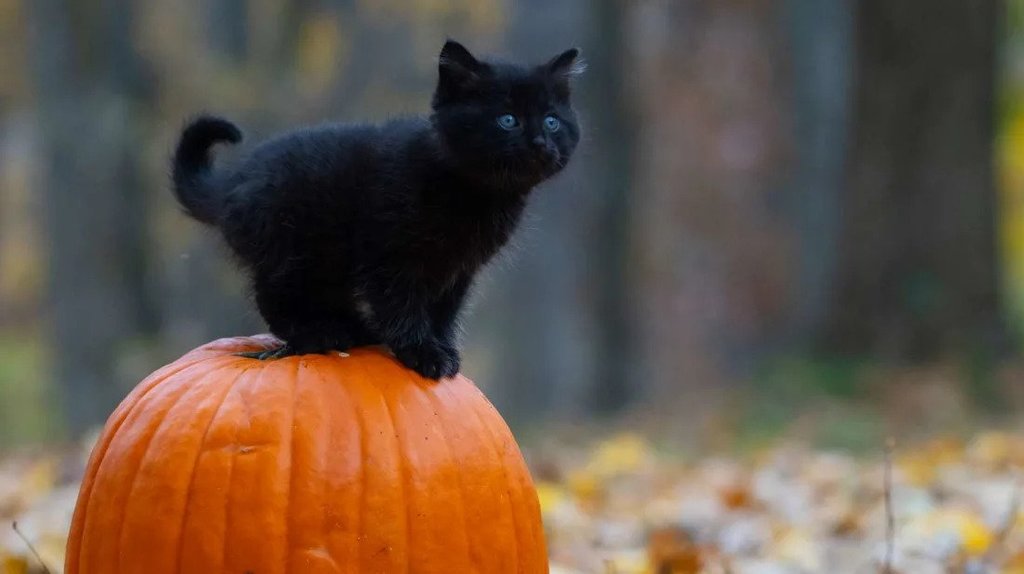 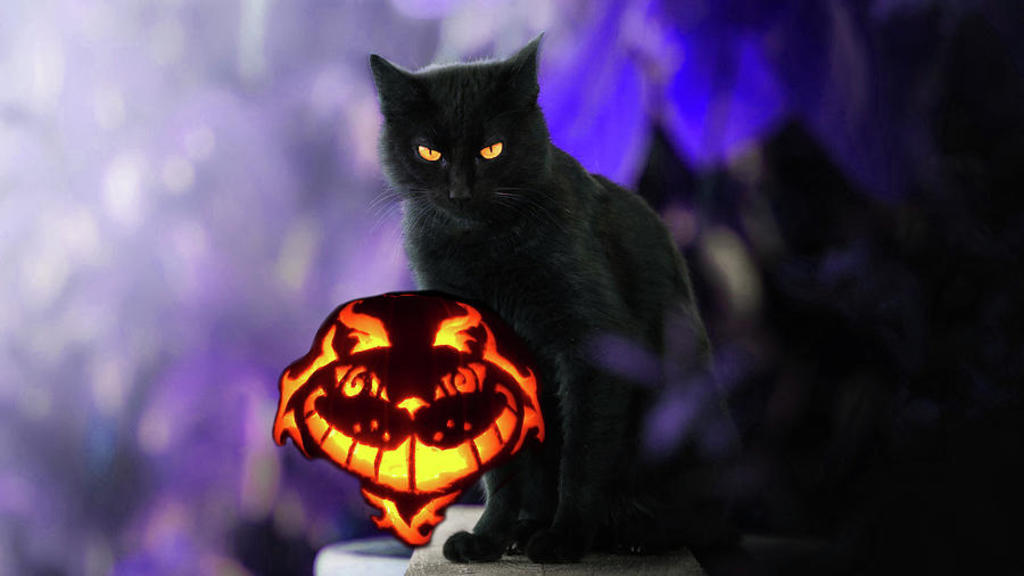 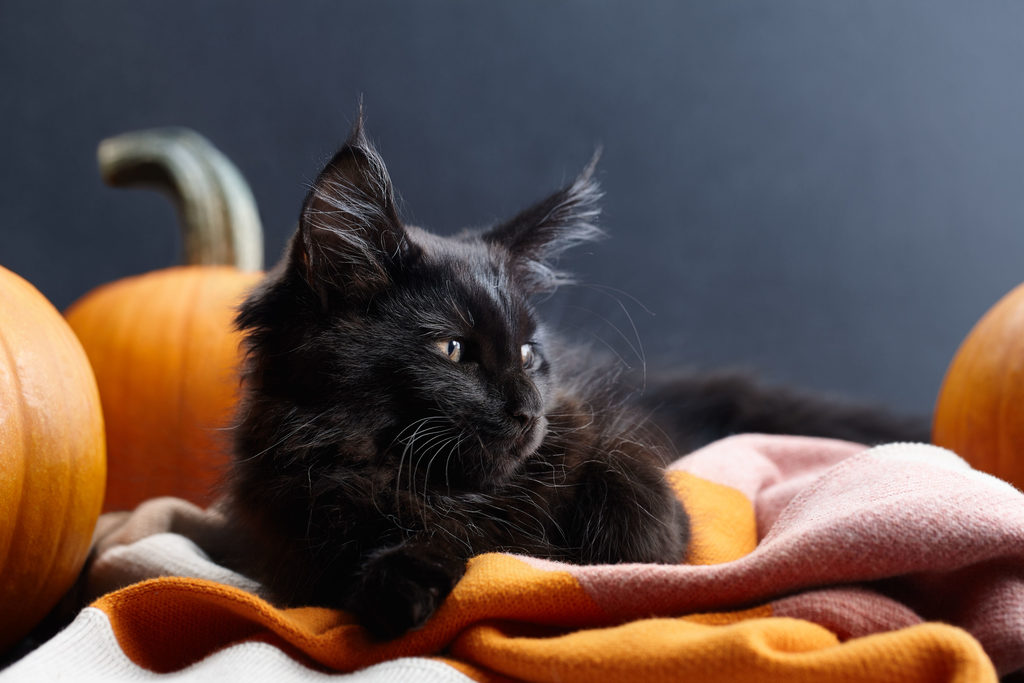 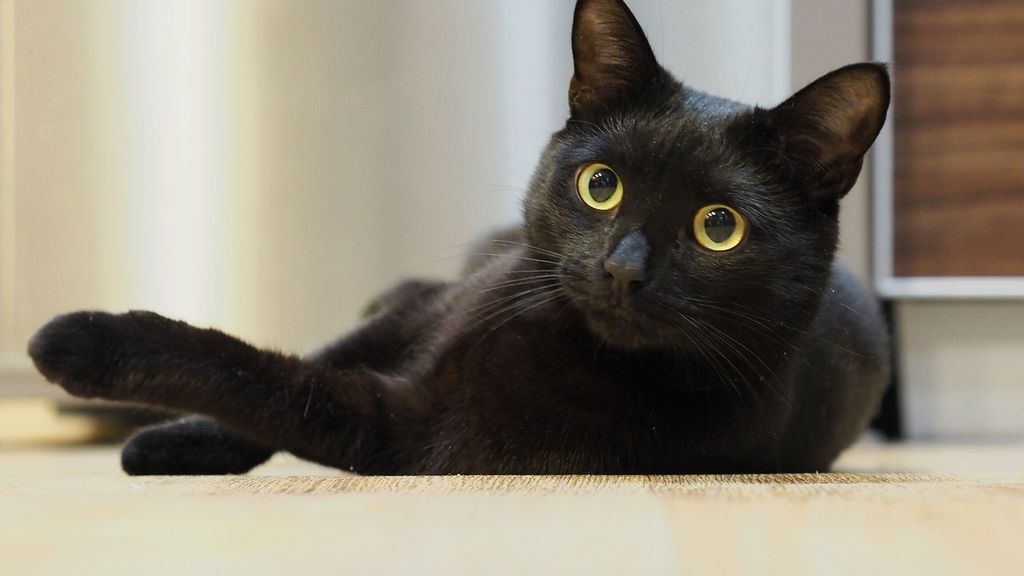 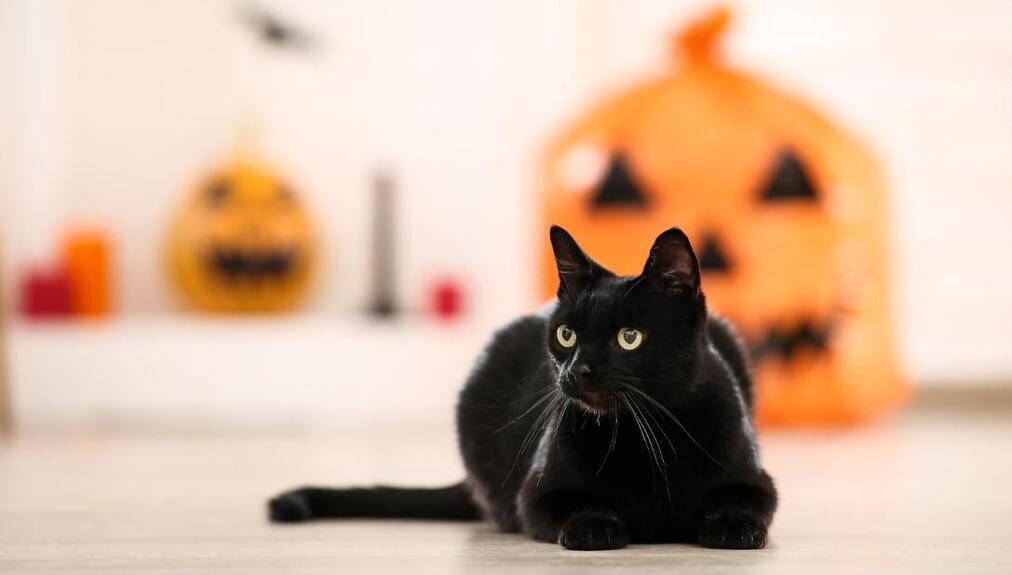 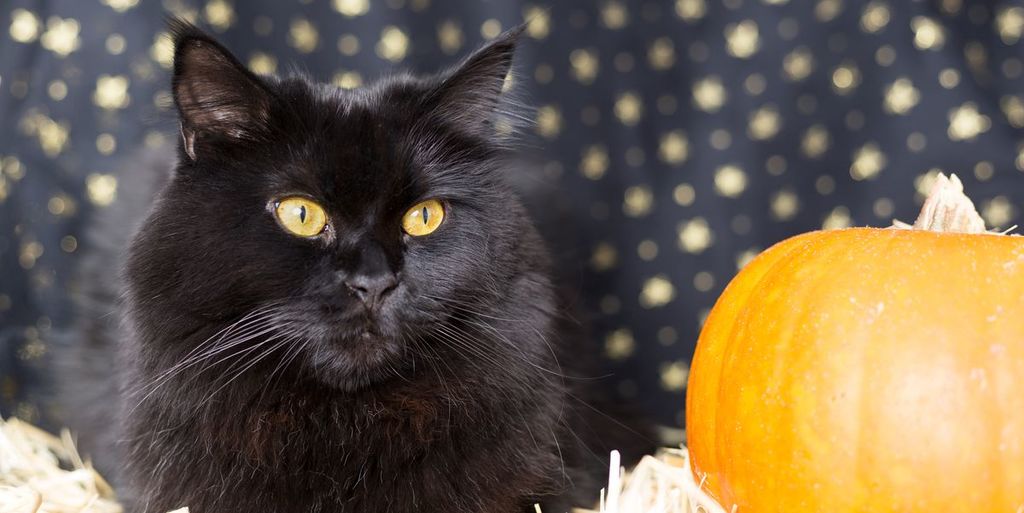 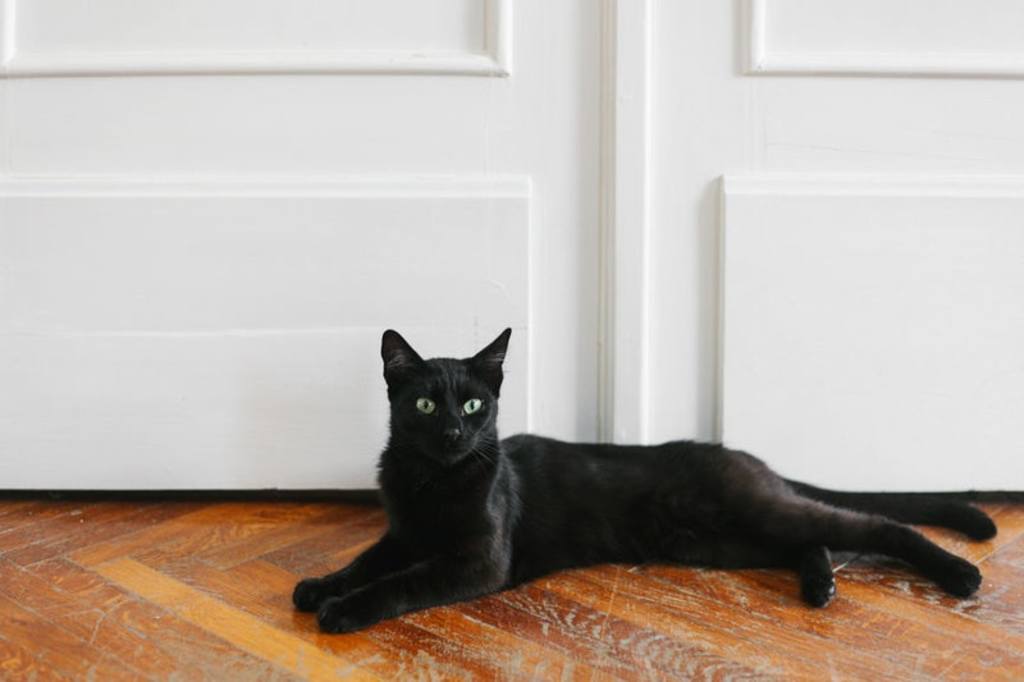 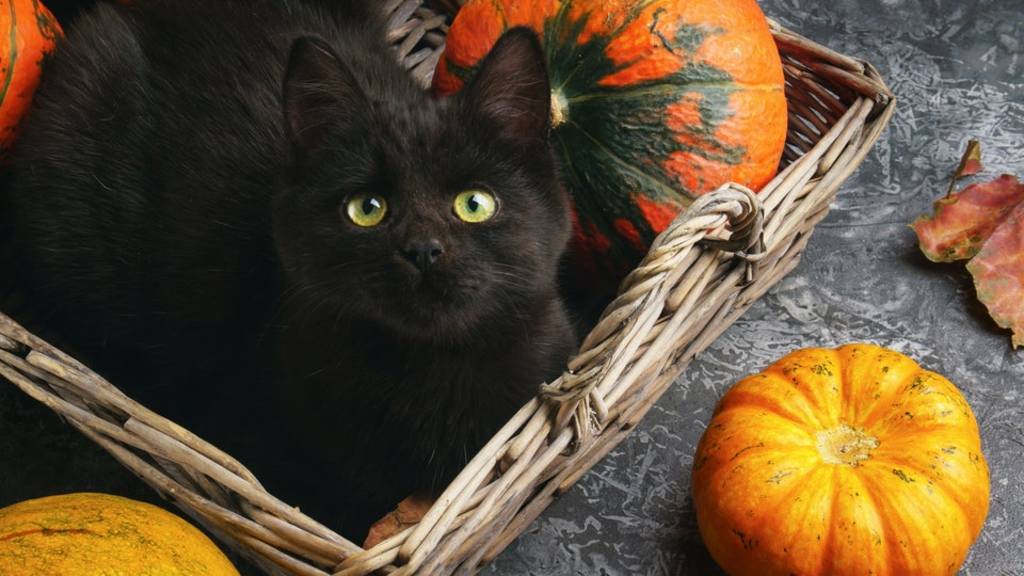 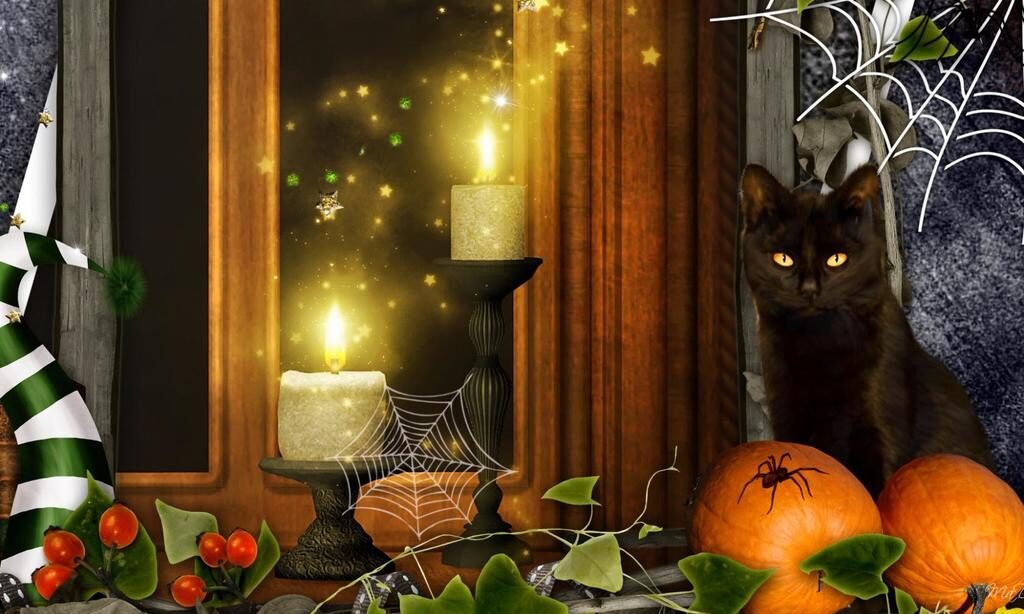 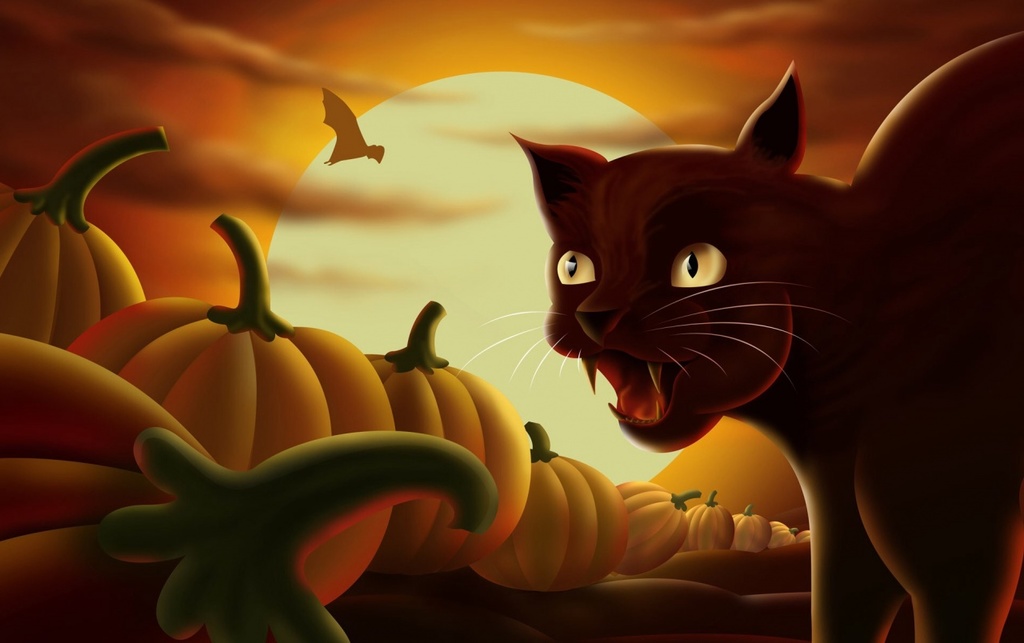 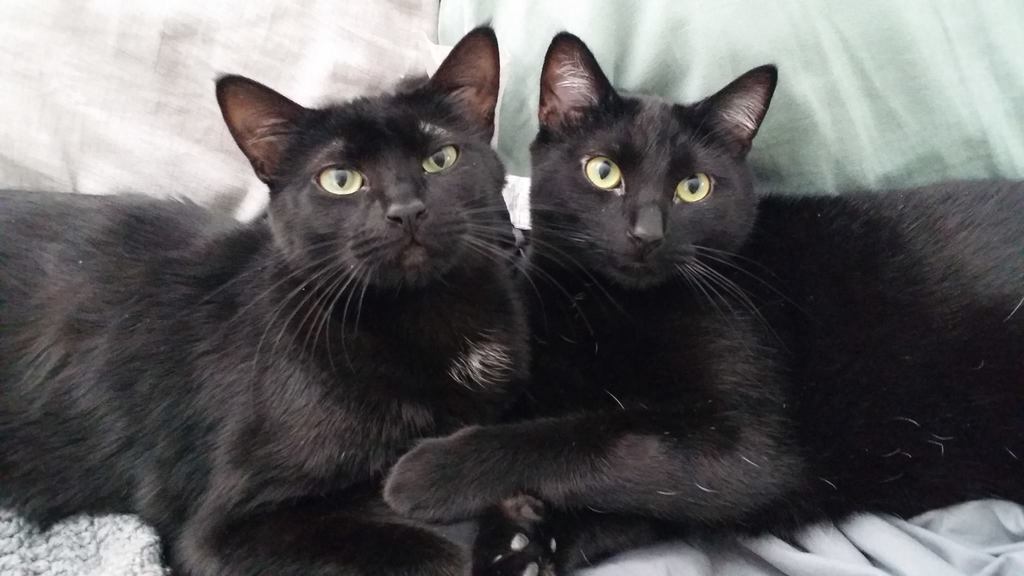 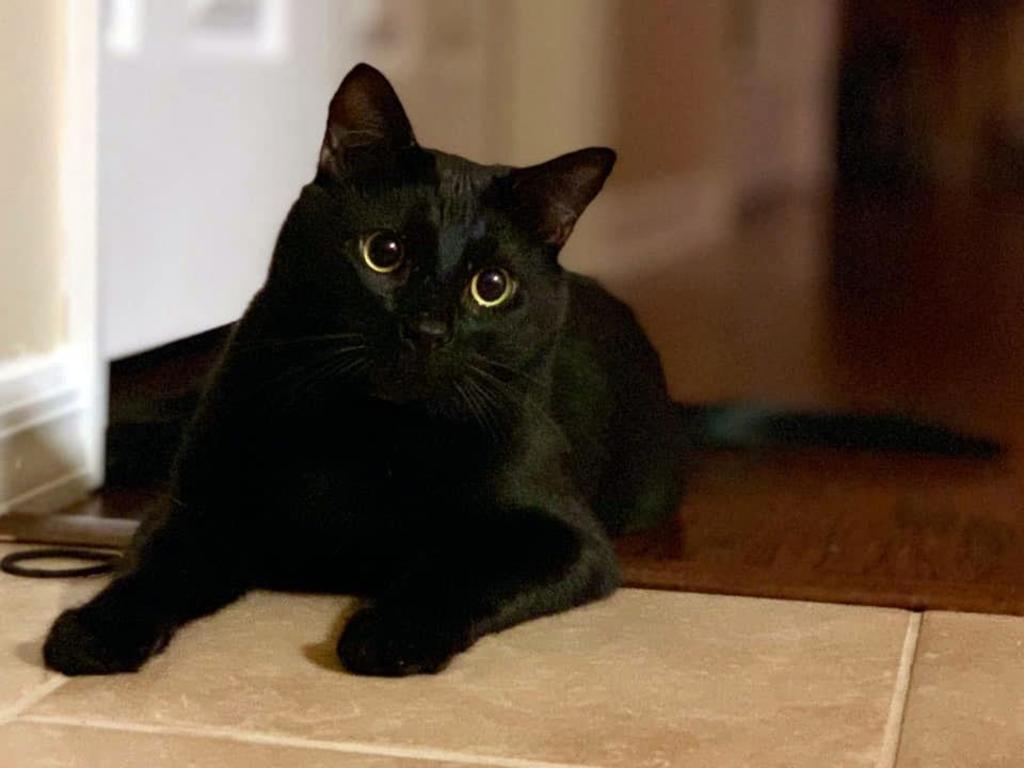 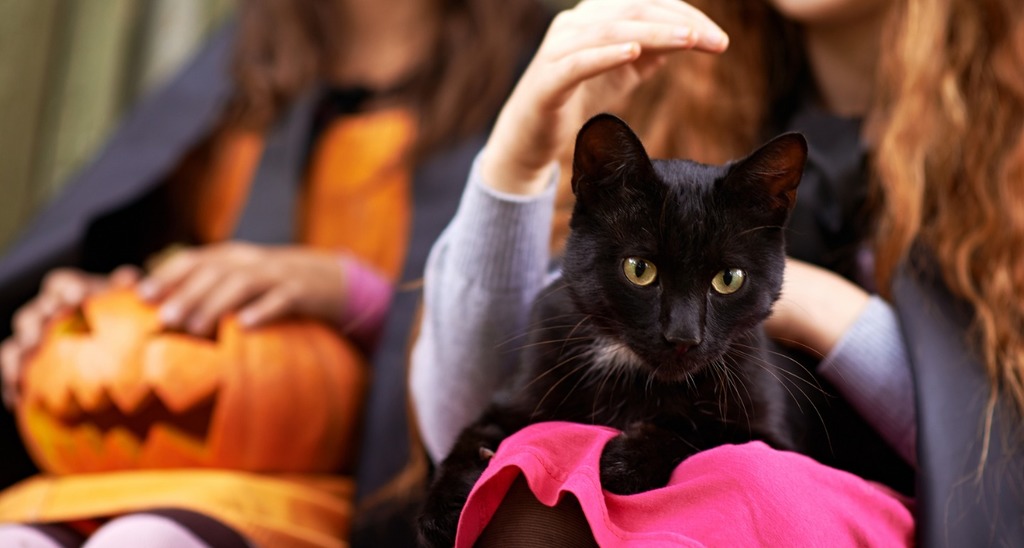 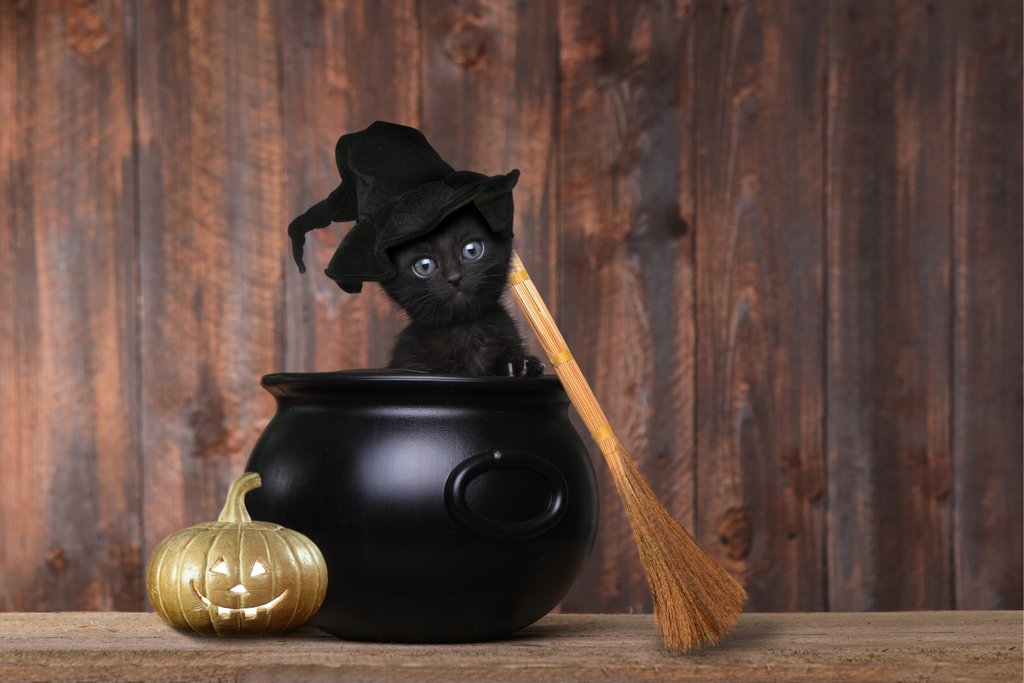 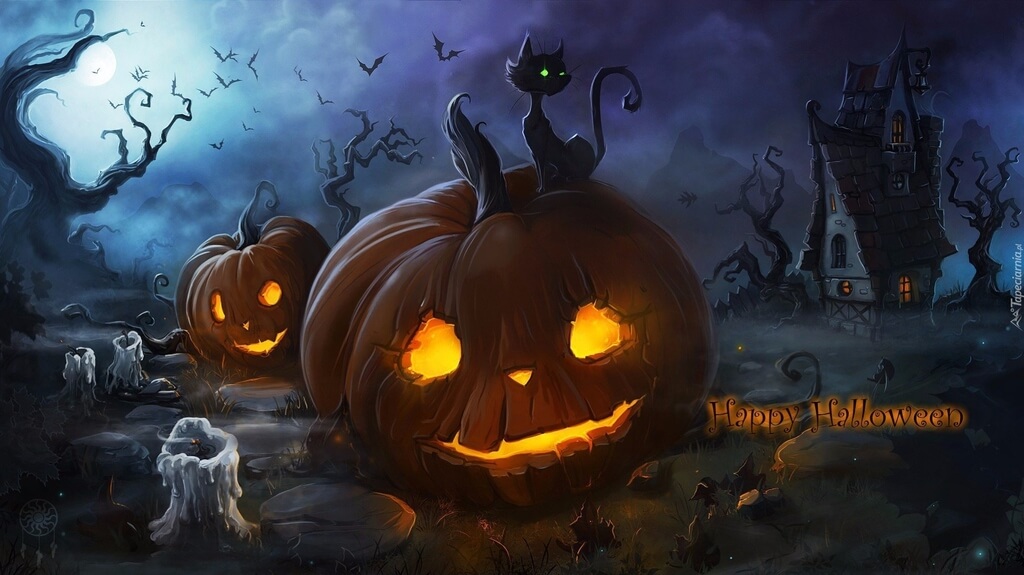 Blacks cats are smart, wonderful, and sweet as any feline. If you’re lucky enough to own one of these cute furballs, take care of them. Protect your loved cat from Satanic worshiper or any kind of danger this Halloween. Keep them inside where they will feel safe, warm, and loved.

Next time when you are thinking of including a furry family member to your home, don’t forget about these charming dark ones.  Read other interesting and informative blogs on felines such as Cat Breeds With Big Ears, and Feline Coronavirus.