Siamese Cat: A Pet That will Love You to the Moon and Back

507 views
Table Of Contents hide
1 Outlook
2 Personality Traits
3 Interesting Facts
3.1 1. One of the oldest breeds in the cat family
3.2 2. They used to have crossed eyes and bent tail
3.3 3. They are royal as well as presidential cats
3.4 4. One of the most talkative breed
3.5 5. They are movie stars as well as the novel protagonist
3.6 6. Scooter- the world’s oldest Siamese cat
4 Conclusion:-

Cats are god gifts, just like dogs. As dogs have different breeds, cats too have several breeds that you may not know about. One of them is a Siamese Cat. These cats are cutest and prettiest of all breeds. From their eye color to coat color, there is a unique charm adding to its beauty. Apart from its outlook, it has other interesting facts as well.

It is one of the oldest cat breeds. Siamese Kittens are adorable and can make you feel lovable. It has a different color coat, and that varies according to genetics and temperature. They have appeared in movies, loved by royals, and stayed in a white house. No doubt, their luck is much better than ours; it has achieved everything that we aim for now.

To know some interesting facts about cats, you can see My Feline Buddy. 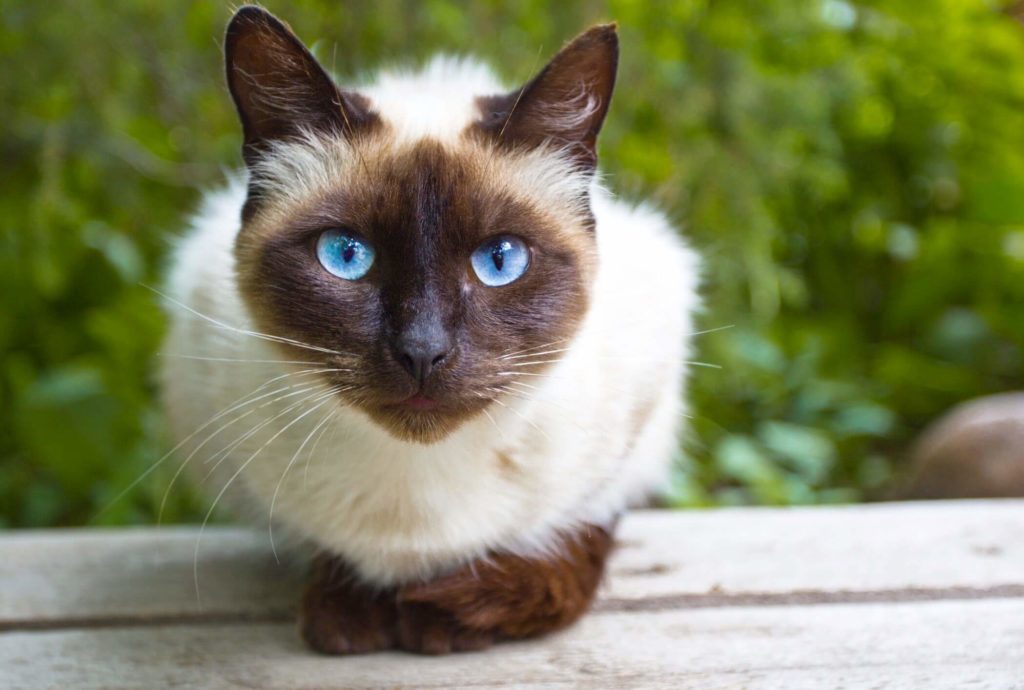 To know further about these cute little felines, keep reading this article. Why?

Because why not. This article is all about Siamese Cat Personality, outlook, and some interesting facts that you will love to know about. So without any delay, let’s decode the miaow facts and traits.

First of all, siamese kittens are born all white. Later then, their coat color develops.

Height:- The height of this cat varies from 12” to 15”. They have small to medium sizes only.

Weight:- The weight of a female cat is between 6 to 10 pounds while the male cat is about 9 to 14 pounds.

Life Expectancy:- This meow can live up to 8 to 12 years.

Coat Color:- They are famous for their coat colors. They have many variations in them like chocolate, blue, red, lilac, seal, cream, fawn, and cinnamon.

Coat Pattern:- The only coat pattern they have is point pattern.

The tendency of coat shedding is low, and hence the need for grooming is also low. This cute little feline has an elongated, tubular and muscular body with the triangular head. Plus its almond-shaped eyes and large ears add an attitude to its look. This breed has a long neck and slender tail.

The mystery behind the pointed pattern of this cat breed is a mutation in tyrosinase, an enzyme that is involved in melanin production. This enzyme is heat-sensitive and doesn’t work properly in normal body temperatures. But it reacts in the cooler temperatures (less than 33 degrees Celcius), and hence this feline has the reaction on it near the nose as it gets cool with the passage of air through sinuses. 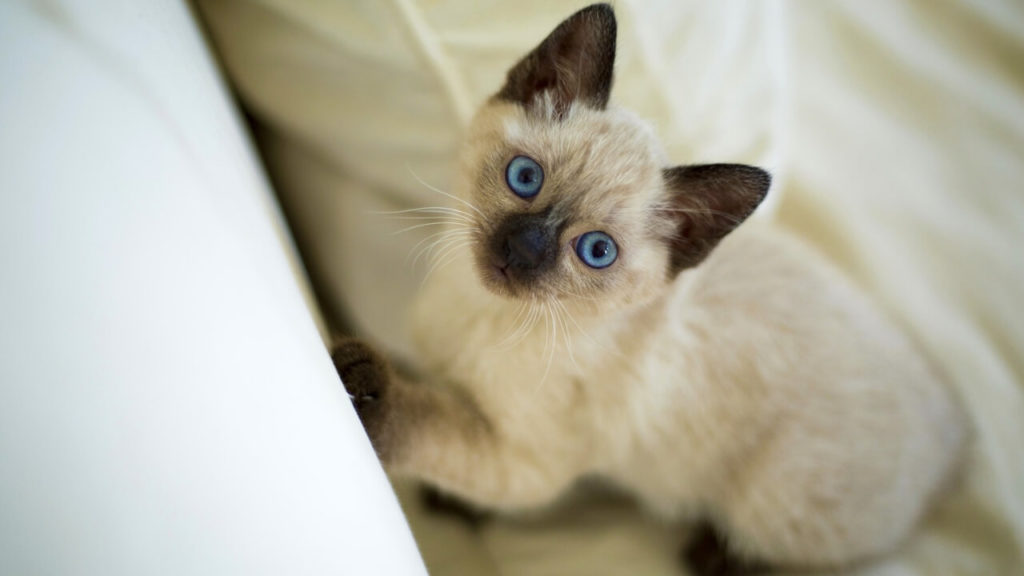 The following are some of the personality traits that will make you love them more:-

– They are highly intelligent. But that doesn’t mean you can train them; however you want, they have the intellectual intelligence. Yeah, you can train her for the lead walk though.

– It is highly affectionate. It has demand for the affectionate from its owner as much as it gives. Also, it will do cute things to get your attention.

– They are great jumpers and have a special love towards height. It can climb on you if it is hungry and want to have food.

– Through looks, you may find it ignorant and attitude, but she is undoubtedly a people lover. The thing that they love most is being cuddled and caressed.

– This breed can express perfectly through vocal expressions. It will make sure that you understand what it wants to convey in all the possible ways. The way it sounds will make you feel being talked to.

– They are super active and playful both as kittens and adults. They are often considered to have more dog-like behavior.

– Apart from all the good and happy things, they have something that can be considered as a sad fact. As we read earlier that they are very people lover felines, they can easily get into the state of depression and separation anxiety when left alone. 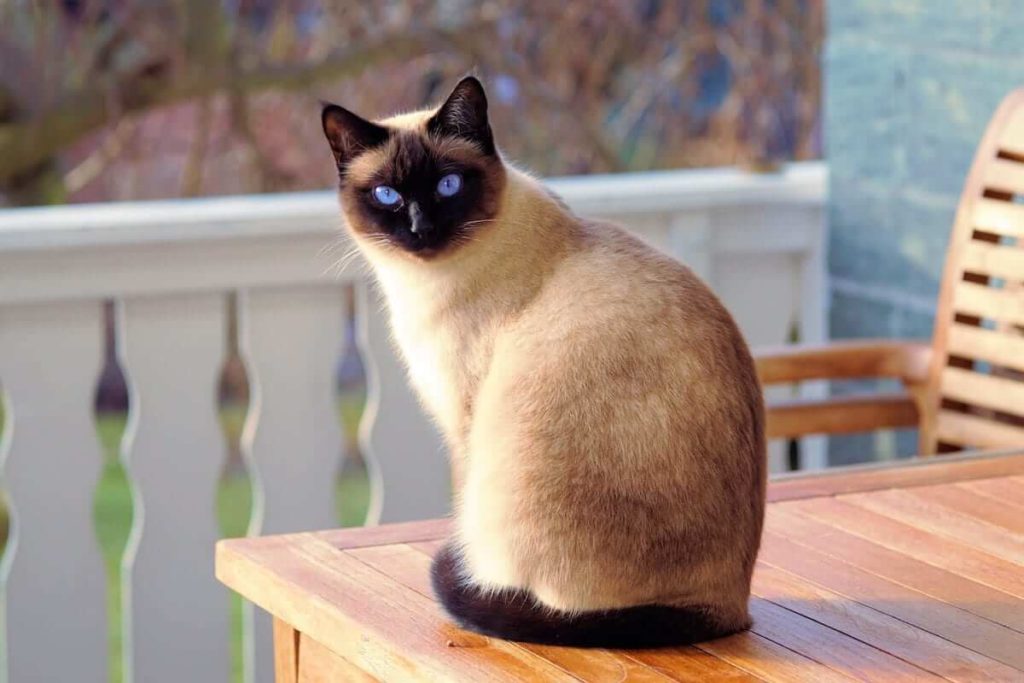 1. One of the oldest breeds in the cat family

Though it isn’t sure that they are the oldest breed or not, definitely they are one of them. And it prove when a Thai manuscript from the 14th century has the mention of this type of cat.

2. They used to have crossed eyes and bent tail

It is said that once a group of Siamese cats was given the duty of protecting the goblet and they fix their eyes on goblet with full concentration, and this result in the cross eyes. The reason behind the bent tail is also the same; they wrap their tail around the goblet for the extra protection though you won’t find many of them as these traits were bred out by the breeders.

3. They are royal as well as presidential cats

Siamese was loved by the royal families in Thai because of their unusually beautiful appearance. Not just this, they are also believe to be the ones to carry the soul after the person dies. After that, these cats were pamper by the priests in temples.

As for the presidential cat, Lucy, the wife of US President Rutherford B. Haye has a Siamese cat. And this was the first time Siamese were seen in the states.

4. One of the most talkative breed

Not many breeds of cats are talkative, but Siameses are the ones. It will express everything vocally the observations it did, if they are hungry, if it is in need of love and affection, etc.

5. They are movie stars as well as the novel protagonist

These smart feline has appear in many of the movies like The Incredible Journey, The Lady and The Tramp, and That Darn Cat! (this particular movie is base wholly on a siamese act, lucky she!). Not just this, she has also been in novels like The Cat Who…, Bad Kitty, and Skippyjon Jones. 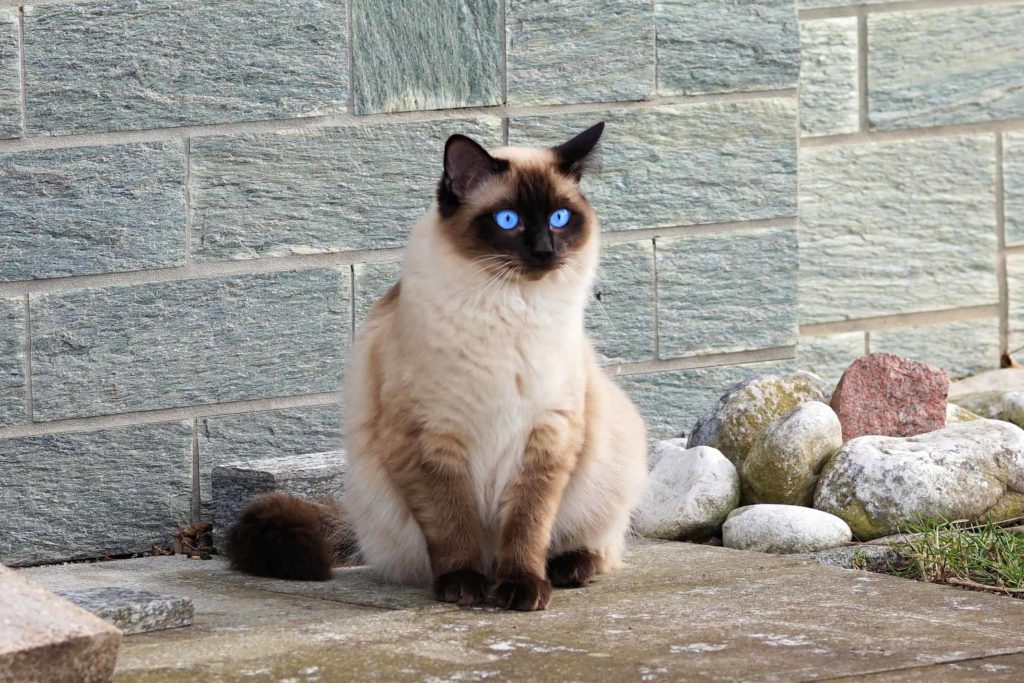 The Scooter is a male cat that has the record of the world’s oldest male cat. He died at the age of thirty. Siamese cats have the highest rate of morbidity. And the majority of these cats are died due to neoplasms, chiefly mammary tumors. They also have gastrointestinal problems.

Here are some of the best Healthiest Cat Food Brands for your cat.

The final verdict is Siamese cats are the perfect cats for you if you are an animal person. It will never make you feel lonely. And trust us, they do have the ability to heal anyone. For more information on the breeds, visit Petsnurturing.