All You Need To Know About Scamp The Tramp: The Winner Of World’s Ugliest Dog 2019

166 views
Table Of Contents hide
1 How many competitions Scamps went Through in His Life?
2 Where did Yvonne Morones found Scamp the Tramp?
3 How Scamp got his Name?
4 Morones had Other Ugly dogs as Well
5 Some more Interesting Fact about Scamp’s Previous Work
6 Scamp also Manage to be a Runner up in The Same Competition of the Year 2018

Would you believe that there is a contest where some dogs compete for being the ugliest dog? Like every year even this year, the contest of World’s Ugliest Dog took place in California on the 21st of June and it was scamp the tramp who was crown for being the ugliest dog even in the year 2019 though he had tough competition as he had to compete with other more than a dozen ugly dogs to get honor by the price.

Now this is just a title and it has got some parameters that some dogs qualify but that doesn’t mean that they have to be extremely ugly rather all the participants including the winner seem to be really cute and sweet and it was just that they were not well groom or beautiful.

Now that we have got the winner of the World’s Ugliest Dog then you might be wondering about some of the facts about the dog that is name after scamp the tramp then here are some of the really interesting facts list below about the dog: There are other events organize for dogs like New York Pet Fashion Show.

How many competitions Scamps went Through in His Life? 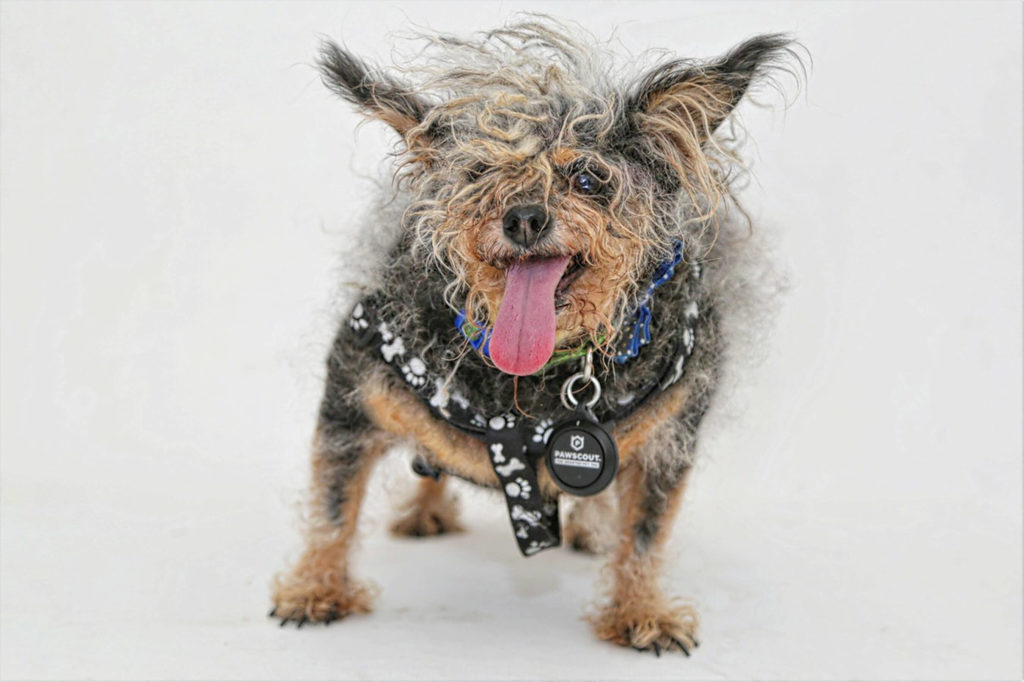 His owner or you can say his best friend, Yvonne Morones was kind enough to reveal many facts about scamp the tramp and she reveals that this was scamp’s fourth competition that he name after himself. She confesses that scamp is not a normal dog as he has got some complications so despite trying to make scamp look normal or beautiful she decides to let scamp live with the way he naturally looks.

She also admits that she is very proud of her decision of letting scamp live with all his natural beauty or you can say assets and she then came to know about such competition and she thought to get scamp there just to give it a try rather she just want to show scamp that there are so many dogs like him those dogs have nothing to do with beauty and all those things as such and after scamp’s first attempt she start getting scamp in every such competition and in his fourth attempt he won the competition.

Where did Yvonne Morones found Scamp the Tramp? 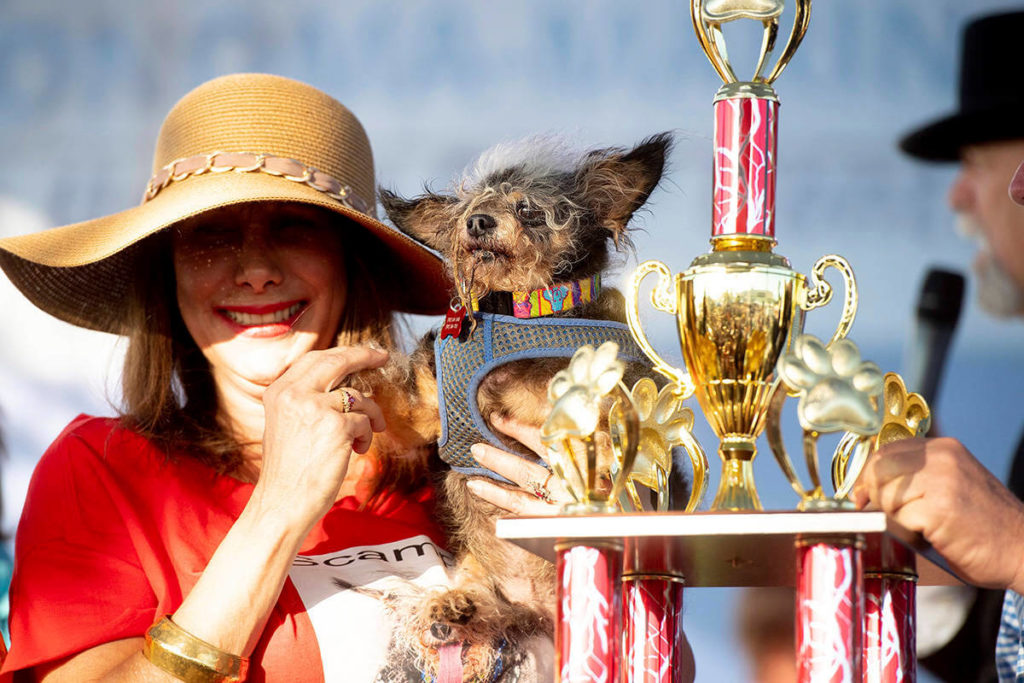 It was the year 2014 when she first came across this dog and maybe it was love at first sight. Morones was actually searching for a pet dog and she was more into adopting one so she searches for such dogs on petfinder.com and there she came to know about scamp. This is an amazing platform for those who are searching for a dog to adopt and give him some love and care and this is how pets also get a good family.

Morones didn’t take much time to decide upon scamp’s adoption. As she just went through some of his pictures and those pictures were enough for her to fix a date with the dog shelter in order to get scamp home. She took scamp with her in a car and she adds that scamp love ‘One Love’ Song by Bob Marley just like her as scamp was found bobbing his head as the song was play in the car.

How Scamp got his Name? 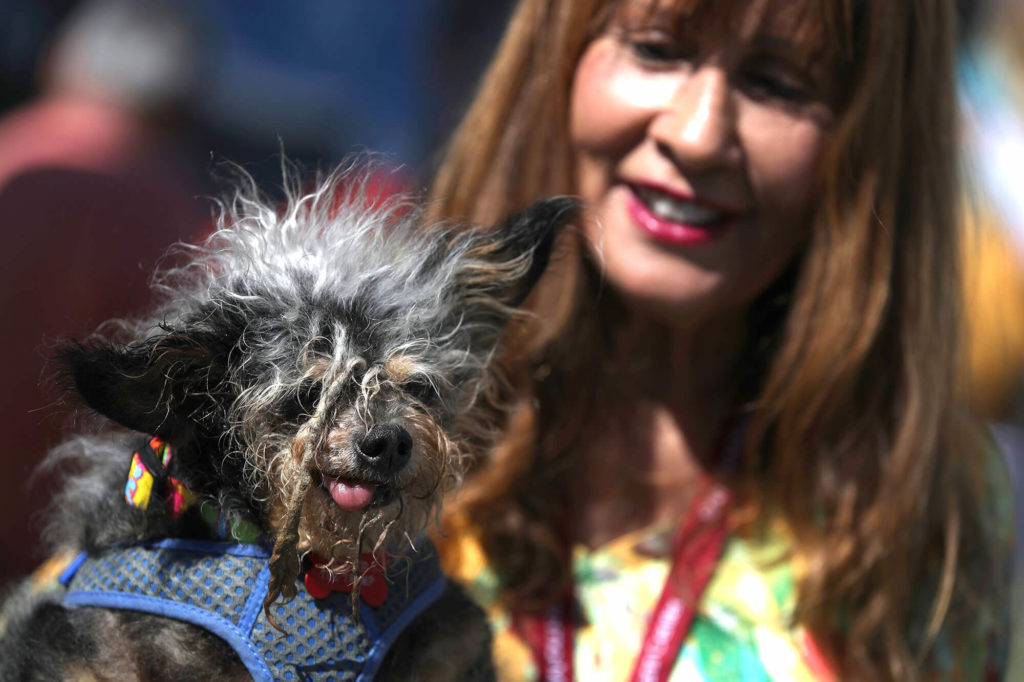 Yvonne expresses that she was very fond of her grandmother. After she got scamp she again fell in love the same way, for her it was a deep feeling. She wants to name scamp in a way so that he would be close to her heart ever and forever. So she kept scamp’s name inspire by her late grandmother. Yvonne remembers that once in her childhood. Her granny warns her and asks her not to walk to any hobos as well as tramps on the street.

Morones had Other Ugly dogs as Well 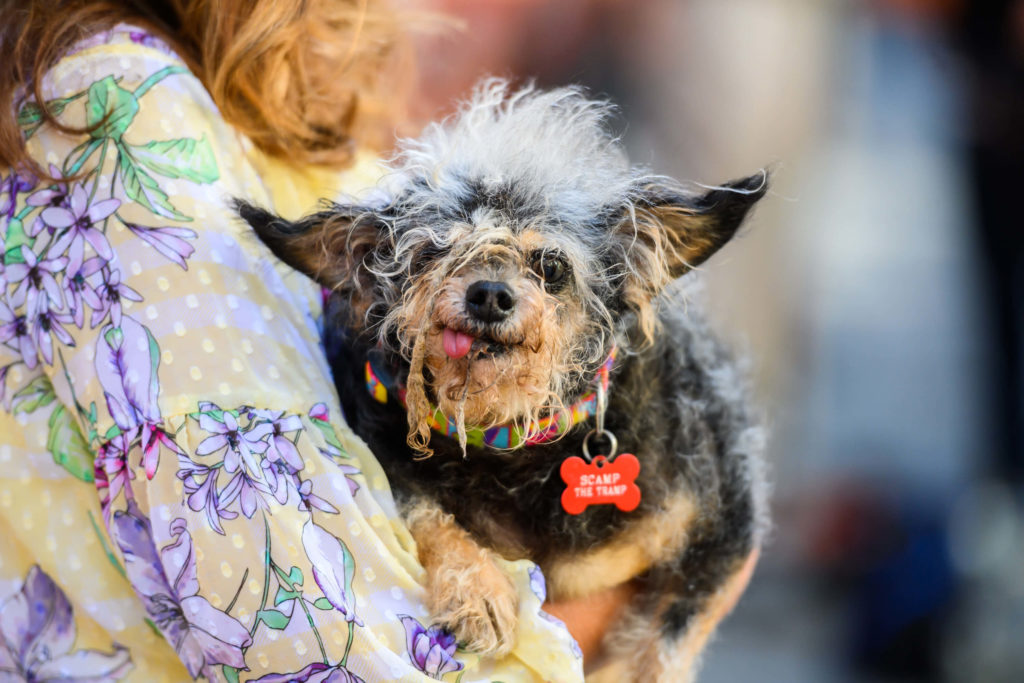 Scamp was in right hands as Yvonne was experiencing with other ugly dogs in the past who also manage to be the winner of the World’s Ugliest Dog Competition more than one time and so Yvonne knew that even scamp can win if she would try a bit. Yvonne reveals that the reason behind her dogs winning is just that she lets them live naturally. So they appear all-natural without being groom in the show. Now, scamp is the only ugly dog she has as her previous ugly dogs die naturally by aging. 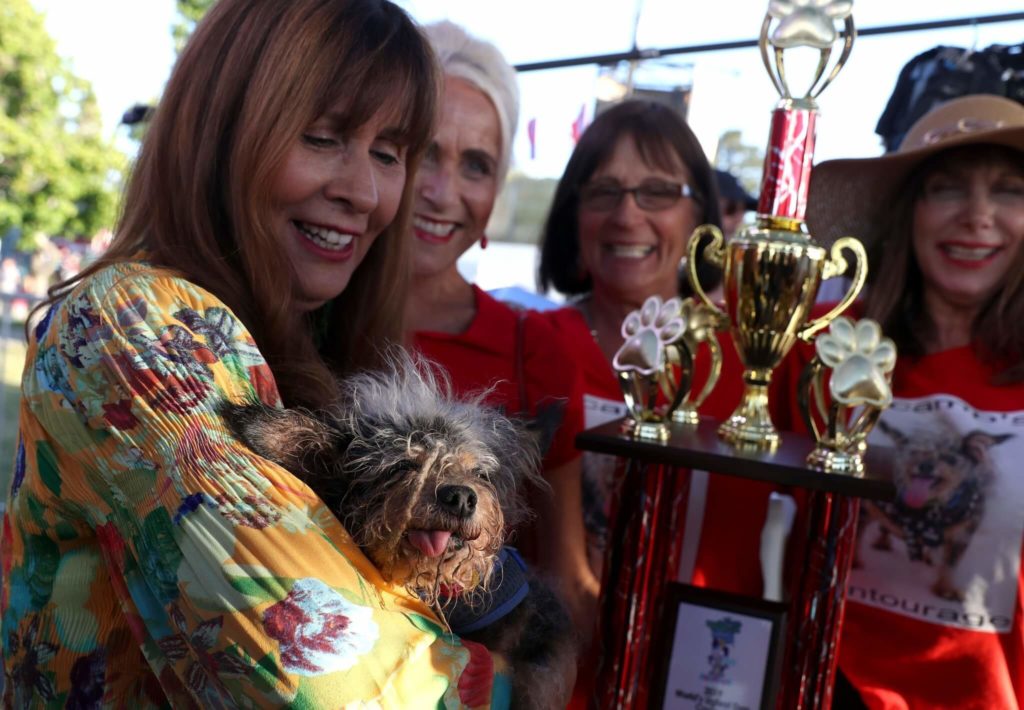 Appearing in such completion and winning was not the only thing that scamp was doing. As he was always keeping busy with some of the other activities. Which is a great thing for sure. After getting a rescue, the scamp gets many engagements. Which keeps him jolly all the time, and the best experiences of his life count. Being a part of the Humane Society of the Sonoma country. There his job was to greet people who would travel through the Sonoma’ country airport. 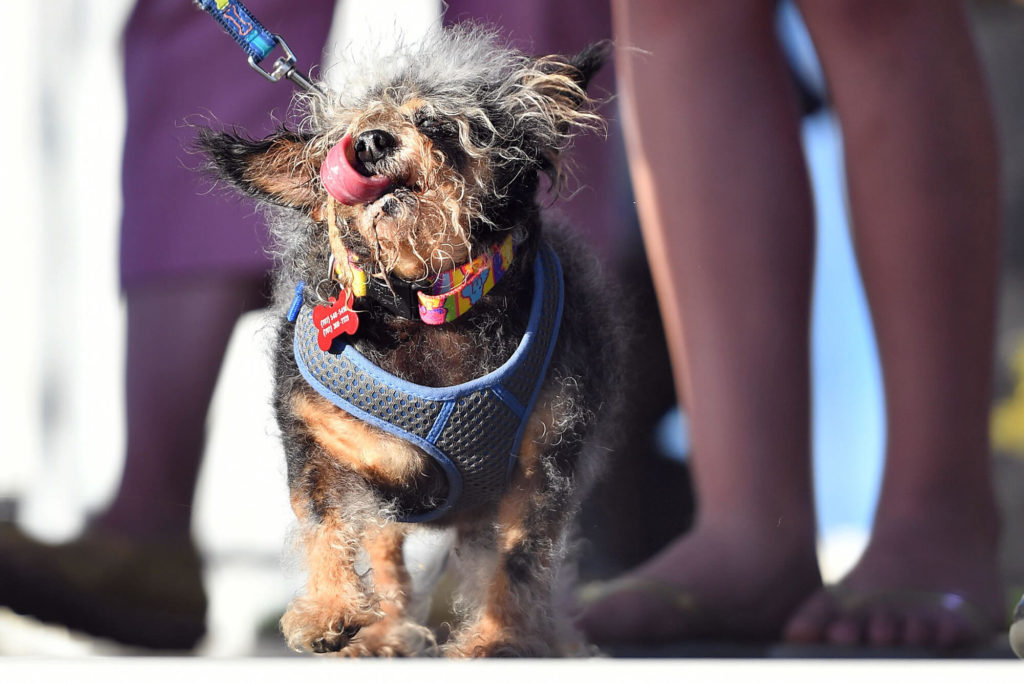 It is was nothing like winning on the first attempt rather scamp try many times before as well. Last year he was so near to the winning point but could not so he was declare second in the completion. But fortunately this year he manages to beat and dog participant and won the competition.

These were everything that you need to know about the Ugliest Dog in the World, scamp the tramp and to know more such things you can browse through Petsnurturing.