Animals According To 12 Different Zodiac Signs

Zodiac Signs do matter a lot and that is the reason that people who often choose their things according to their zodiac sign tend to be happier tough that doesn’t mean that you would always have to choose things according to your zodiac sign only as it is all people’s assumption and there is nothing much to do with the reality itself. This sounds interesting, isn’t it? You must be wondering about your Zodiac Signs Animal here is the list of animals that go well with different kinds of zodiac signs: 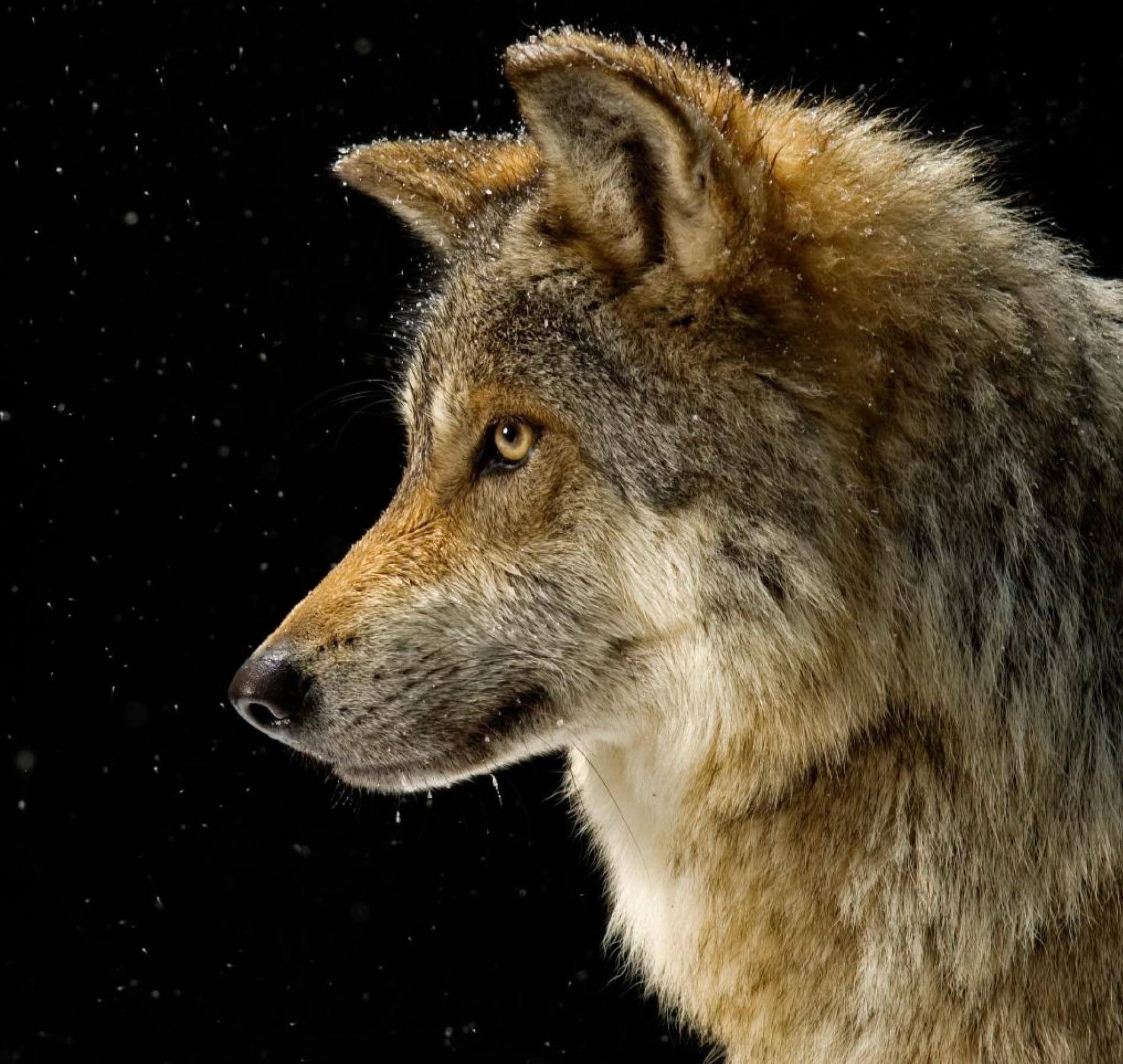 You would feel it difficult to stand in a particular position for a long period of time just like a wolf so your perfect animal companion is a wolf because your features are very similar to that of a wolf. Both Aries as well as wolf share some great leadership quality which is a great thing and they know how to lead a group. Apart from all, they know how to gain trust and they never ever break trust which is a great thing about both Aries as well as the wolf.

Mood swings are real for both of you so dealing with an Aries as well as wolf seems to be difficult at some point of time. Even though you would not be able to have a wolf as your pet but you would definitely be loving wolf throughout and would get things having wolf pictures.

Also Read: List Of Animals Which Needs Low Maintenance And Can Be You Perfect Companion In Home 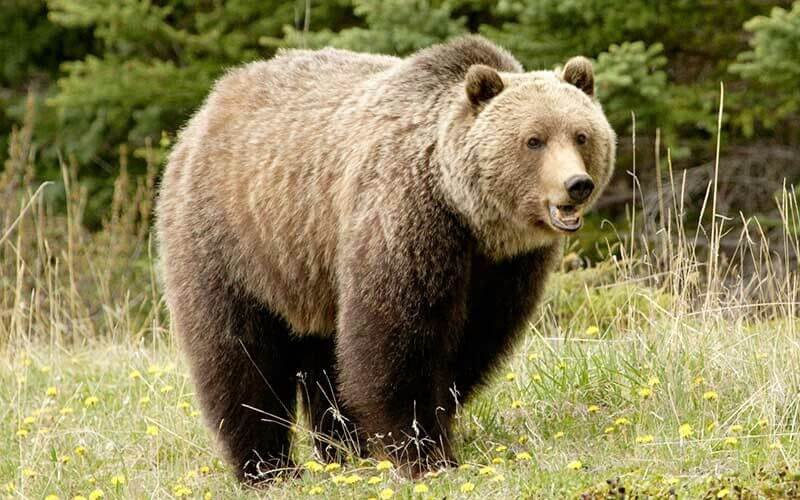 People who have taken birth between 20th April to 20th May have Taurus as their zodiac sign and if you are among them then you are the one who can be relied upon for most of the situation and you would not play or break anyone’s trust no matter what the situation is. You are the one people would turn to when in need because they know that you would not let them down anyhow.

If you are a Taurus then you are more likely to maintain your routine and changes don’t please you much rather you get uncomfortable with even a small change in your life. The best suitable animal for you is the bear as it also loves being under strict rules or you can say bear maintain their regular routine without any change in it. Bear has an attitude of getting things that they want and if they desire something no matter what they would get that thing just like a Taurus.

They are quiet and like to be alone with their own company all the time which please a Taurus as well. Fearlessness is also similar in both Taurus as well as in the bear and they know hard work at the same time. You may not get bears as your pet because they are meant for wildlife but even a picture of a bear would soothe your mood. 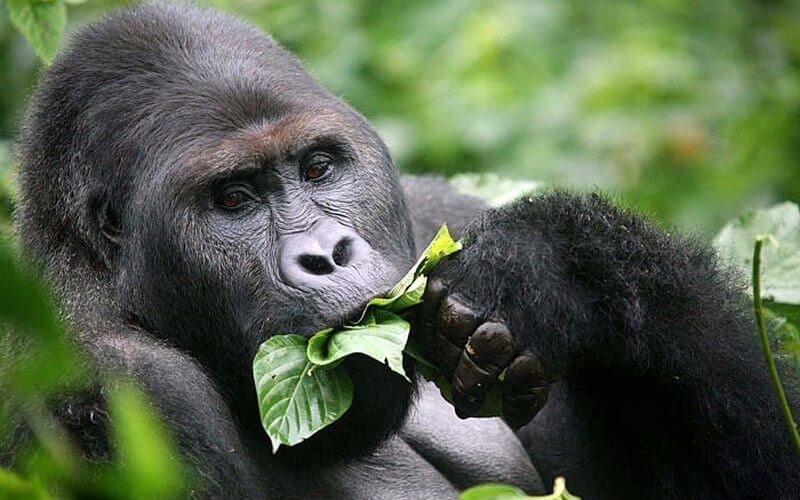 Gemini people are those who have taken birth between 21st May to 20th June. If you are one of them then the gorilla is the most suitable animal according to your zodiac sign. You would have features similar to that of a gorilla. A Gemini is a very affectionate person who would get feelings for every innocent one. You would also tend to love and care for others without expectations just like a gorilla.

You are gentle towards others and you never tend to hurt anyone in your life and even a gorilla never tends to be very gentle which can be shown by the way they care for their kids. A Gemini is always a social person who knows how to be friendly and on the other hand, even a gorilla is considered as the most social animal who knows how to interact with humans and also they like to stay up in groups.

In some countries, it is allowed to keep gorilla as a pet and if you belong to those places then you are lucky otherwise you can visit places like zoo or wildlife sanctuaries to see the gorilla and this would uplift your mood instantly. 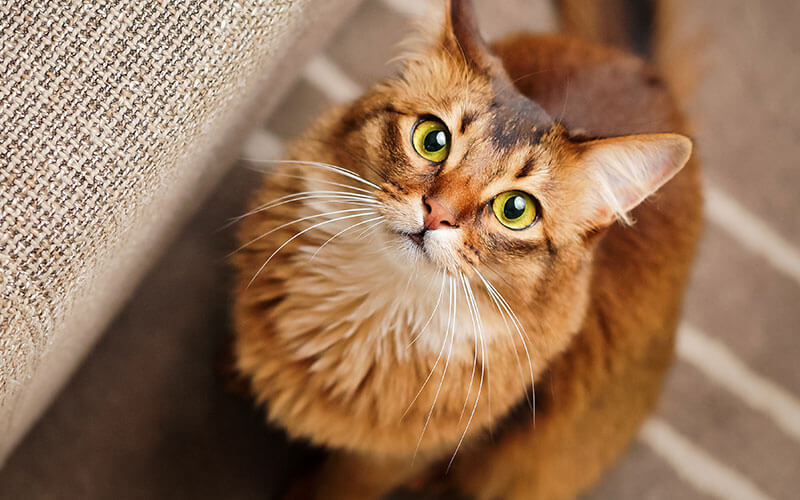 People having their birthday in between 21st June to 22nd July are having cancer as their zodiac sign. If you are also among them then you would have extra space in your heart for cats. Cats, in general, are loved by all and that is the reason that cats are the most adopted pets all around the world. But if your zodiac sign is cancer then you can probably do anything for a cat. Even if the cat is not adopted.

You love cuddles just like a cat and you drool around most of your time and are extremely funny in your own ways just like a cat.  You are gentle and you know how to get attention just like a Cute Little Meow and the best thing is that you can get a cat in your home and play around with it and there are no such restrictions on any cat breed all around the world which has to be the best as well as a happy thing for any cat lover and there is no cat lover than a person having cancer zodiac sign. 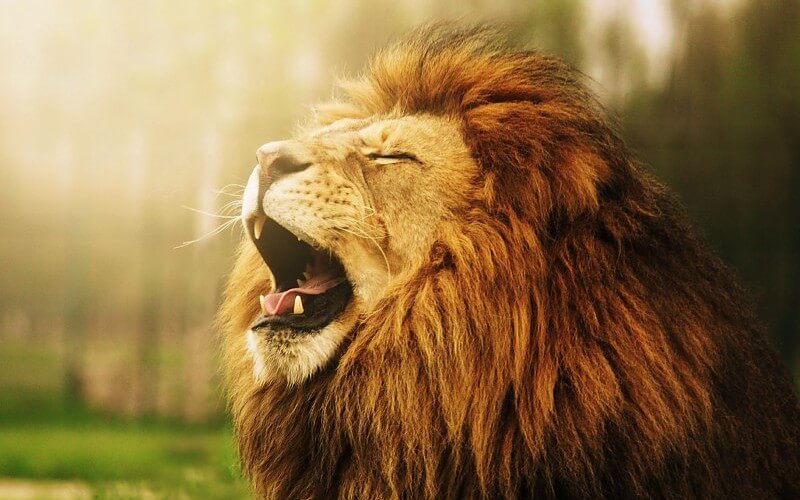 People who have taken birth between 23rd July to 22nd August are the person having Leo as their zodiac sign. If you are one of them then you would have the qualities of a lion. You would have a special kind of crazy when it comes to the lion. Not everyone feels comfortable when it comes to lions but you are the one who loves the lion.

You have the qualities of a king just like a lion who is said to be the kind of the entire jungle. You would know how to run your whole kingdom without any such problems. People would feel safe under your kingdom and at the same time. People would think twice before getting into a fight with you.

You cannot get lions as a pet because they are meant for forests but you can, of course, visit places where you can get a glimpse of lions and this would make you very happy. 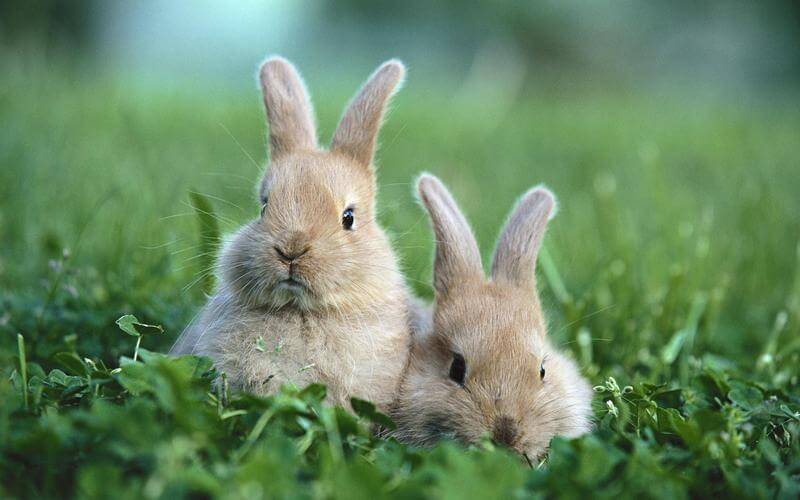 Virgo people are born between 23rd August to 22nd September. If you have taken birth in between the said dates then you are also a Virgo person. You are more likely to love rabbits as the rabbit is than the animal. Which suits the most according to your zodiac sign.

You are a very sensitive human being and so you know how it feels when someone hurts you. That is the reason that you always stay very caring towards others. It has a very soft corner for all. Your character is similar to that of a rabbit. You would love to attain perfection all the time and you know that you can do it.

The love for a rabbit is true for you and the best thing here is that you can even keep rabbits in your home. But they do need extra care but with you. They would be perfectly fine as you are already very caring for all living organisms. 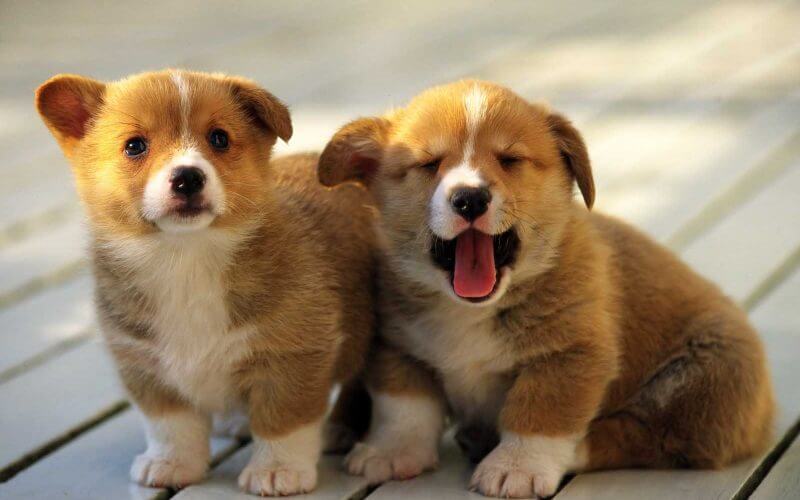 If you are the one who has taken birth between 23rd September to 22nd October. Then you would have Libra as your zodiac sign. So you would be more likely to fall for dogs and you would definitely have a very soft corner for all dogs. There are some features of yours that are very much similar to that of a dog. That is the reason that you love dogs to the moon and back.

The loyalty factor is something that you share with a dog. Both of you would stay loyal no matter what. The best thing is that you can keep a dog in your home as a pet and there are so many different varieties of food to choose from which has to be a great thing for is sure. 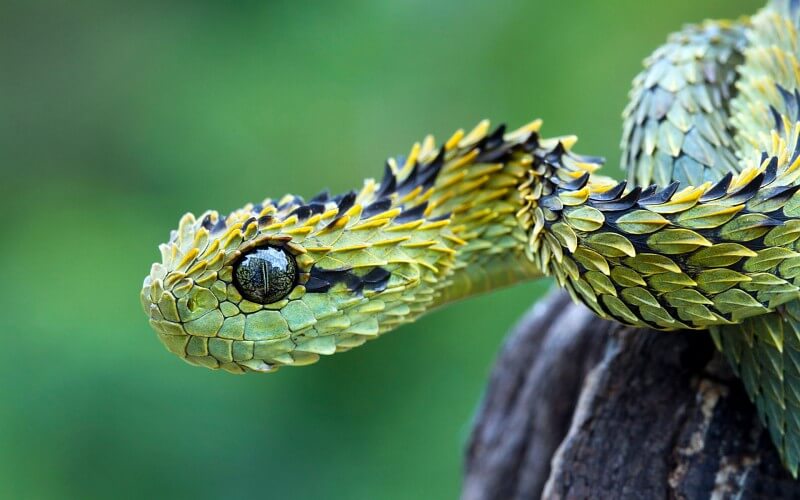 People who have to take birth between 23rd October to 22nd November are said to be scorpions. If you are among them then you are more likely to love the beauty that comes with poison. That is the reason that you feel extremely comfortable when it comes to snakes.

You tend to remain jealous and that is how you embrace yourself. To be better than what you are and you tend to come to conclusion without digging the truth of the matter. Sadly you cannot keep snakes in your home as a pet. Because they don’t like to be one and it is illegal at the same time. But you can see them in the zoo and other places from a distance. 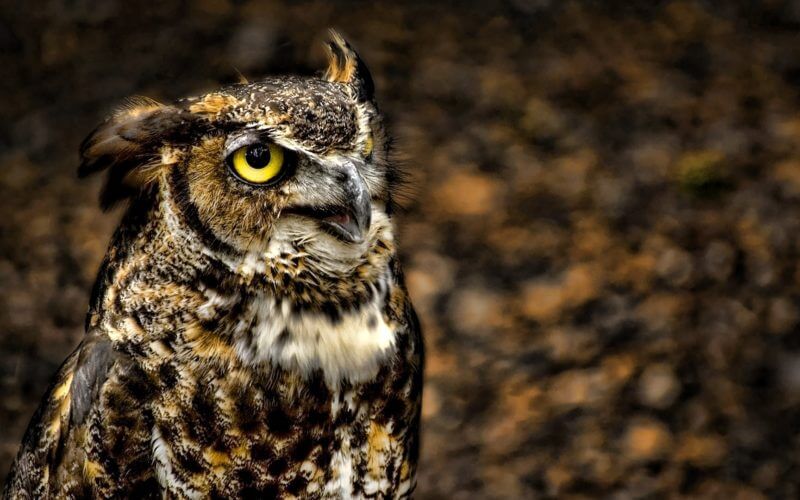 If you are wondering if you can keep an owl as a pet then you should think twice because owl also lives for freedom just like you and without it, there is nothing in their life as well as they are the free Spirit Animal so you may go to a forest for getting some snaps of owls. 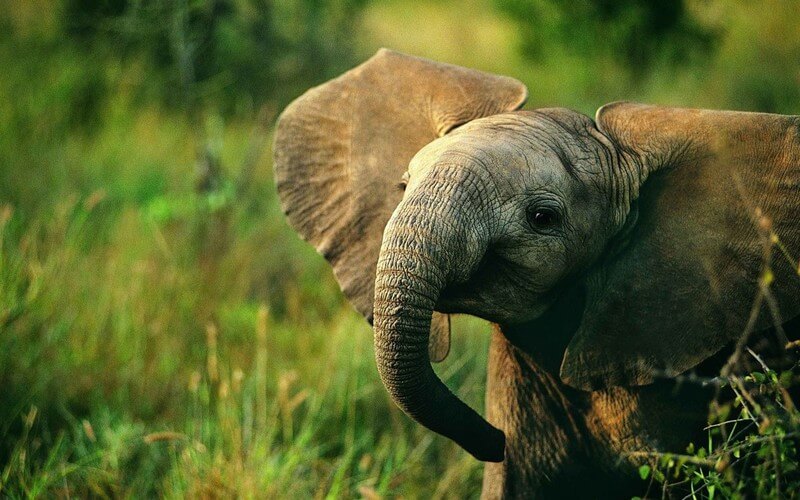 You would be protective of your loved ones and some people mistake it. To be over possessiveness but you cannot help it. Also, you would not be able to keep an elephant in your home. But you can visit sanctuaries as well as forests for getting a glimpse of elephants. This would make you very happy and lively at the same time. 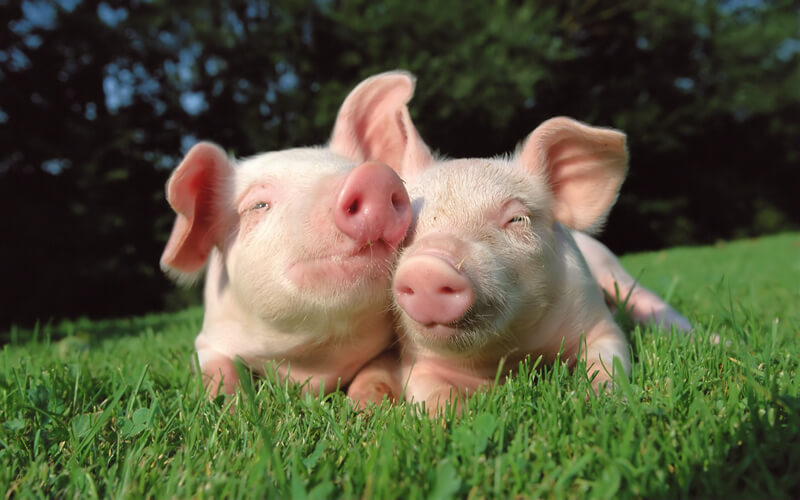 If your birthday comes in between 23rd January to 22nd February then you are having Aquarius. As your zodiac sign and it is so amazing to know that you have a very soft corner for pigs. Just like them, you would be very gentle and you know how to love people. Bind them in affection in the very first meeting. The best thing is that you can get pigs as your pet. But you have to be very gentle towards them and you have to care a little bit more for them. 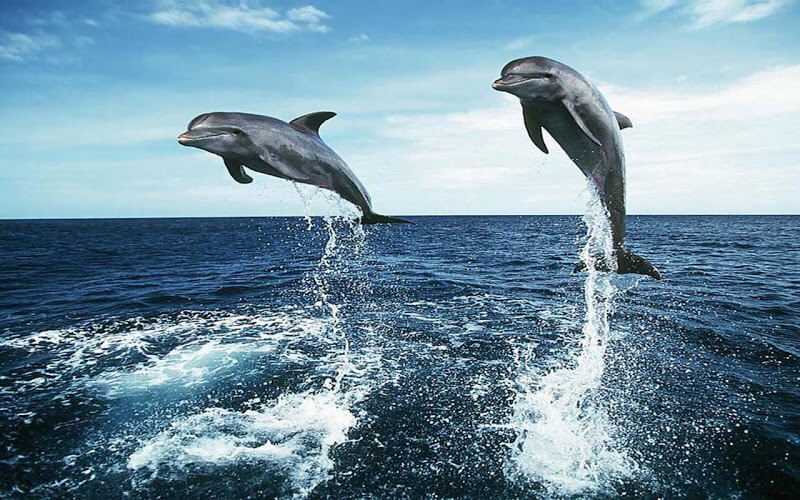 If you have taken birth between 23rd February to 22nd March. Then you are a Pisces person and you are just like a dolphin in nature. You are a very happy-go-lucky person who knows how to smile even in the most difficult situation. You have a sportsman spirit just like a dolphin but you cannot keep a dolphin in your home. But you can definitely visit the dolphin club to play with them. You would feel so much better there and whenever you would be under stress. You can simply play with a dolphin and you would feel so much better instantly.

These were some of the most suitable animals according to your zodiac sign that you need to check out. For more amazing information about animals, you can browse through Petsnurturing.