Animals in Lion King: A Complete List of Their Species

2,749 views
Table Of Contents hide
1 Lions
2 Mandrill
3 Yellow-Billed Hornbill
4 Hyena
5 Warthog and Meerkat
The most loved movie, “The Lion King,” released its remake on 19th July 2019. The film was a super-duper hit on The Box Office and has already collected $962.7 million and still counting. Along with that, it has also doubled up the fan base with its perfect plot and storyline. After watching that movie, there was one common question among the viewers, and that is “who are those amazing creatures?” Some animals were easily recognizable, and that was a lion. Apart from that, others are animals that are very little known to us. So here we are with the information about the animals in Lion King.

The wilderness shown in the movie is unique and can make anyone curious to know about each character not just in reel life but in real life too. To unleash your curiosity, we have come up with a list of The Lion King characters and which animal they are in reality. So without wasting a minute, let’s move on to the article.

In the movie:- Mufasa always protected the pride land from very evil things, he ruled over the jungle without any obstacles, he proved that the lion is the only king of the forest and can run the kingdom effortlessly. He passed his legacy and skills to his son Simba and told him to walk on his path.

Simba is the son of Mufasa, and he is also the heir of the kingdom Pride Land. As for his personality, adventurous and impressionable. 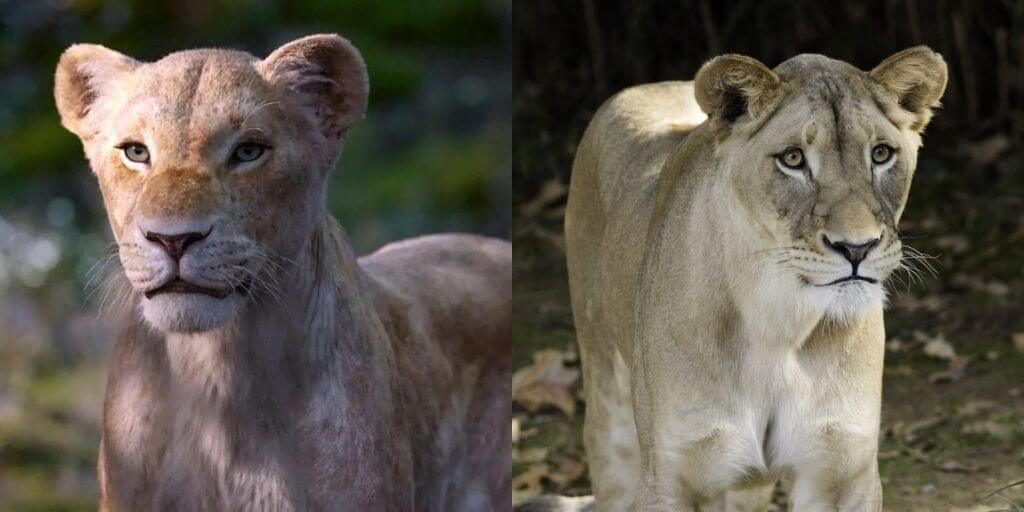 Nala’s personality is sassy and defensive. She is bright and sharp and won’t stand upon being overlooked, and as a best friend, she did her best to help his friend get his throne back. 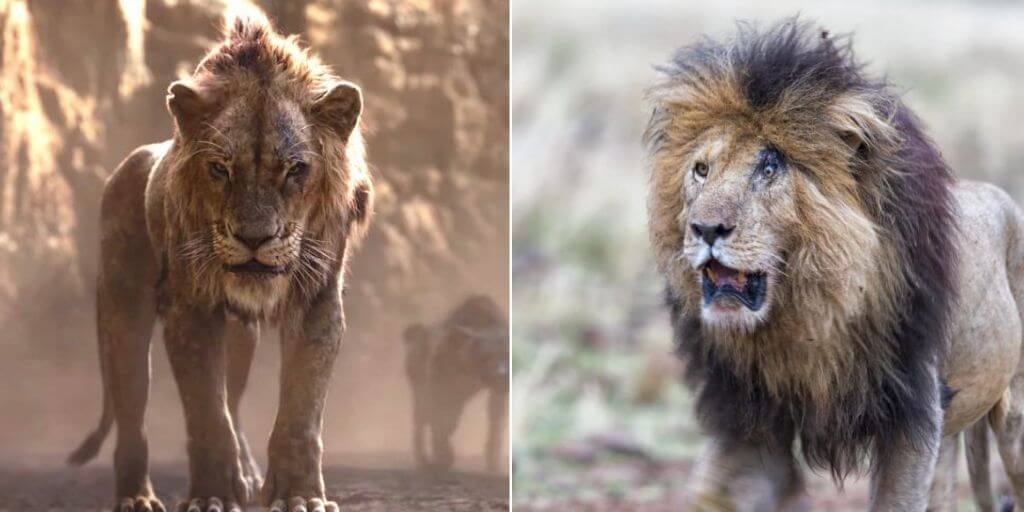 Scar, the uncle of Simba, has an evil mind and has jealousy against the Mufasa and Simba.

In reality:- Lions are well-muscled cats and belong to the feline family. In real life, lions are the pride of the jungle and live in that way only. They are the only animal whose outer appearance can tell whether it is male or female. Lions have highly developed expressive ways and can uniquely show love. If we talk about a lioness, they are the perfect example of a motherly figure. Their key features include caring and protective behavior. Cubs are usually playful. 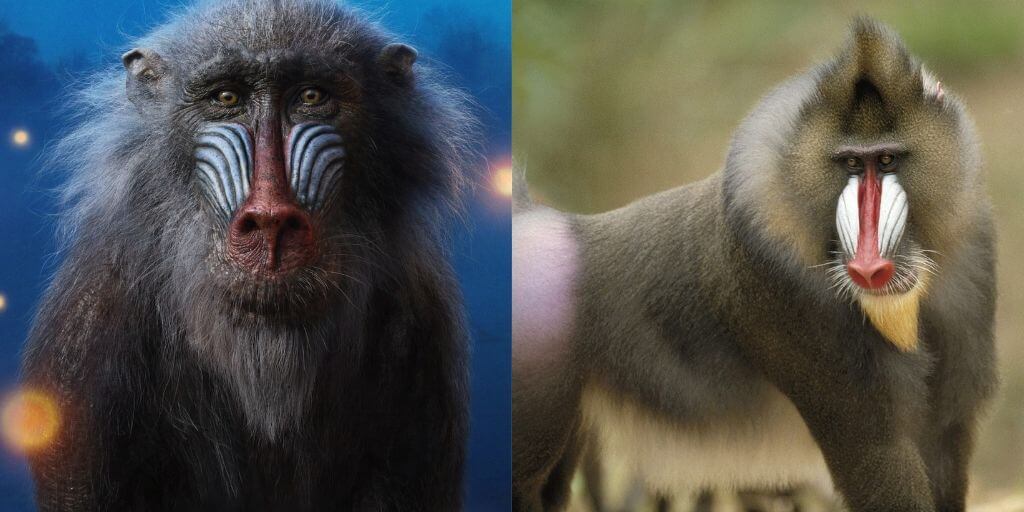 In the movie:- Rafiki can consider as the knowledge-keeper and the dearest friend of Mufasa. He also has spiritual knowledge, and it is shown that he often practices shamanism. He also teaches his pupil, but his way of teaching is different and eccentric and He is very active and excitable.

In reality:- Rifiki’s character is known as Mandrill in real. Mandrills are often mistaken as baboons, but they are different have their own class. They have a colorful face and are of olive color. The color of their skin gets darker as they get old. They like to socialize, and you will find them in groups chatting or grooming each other. 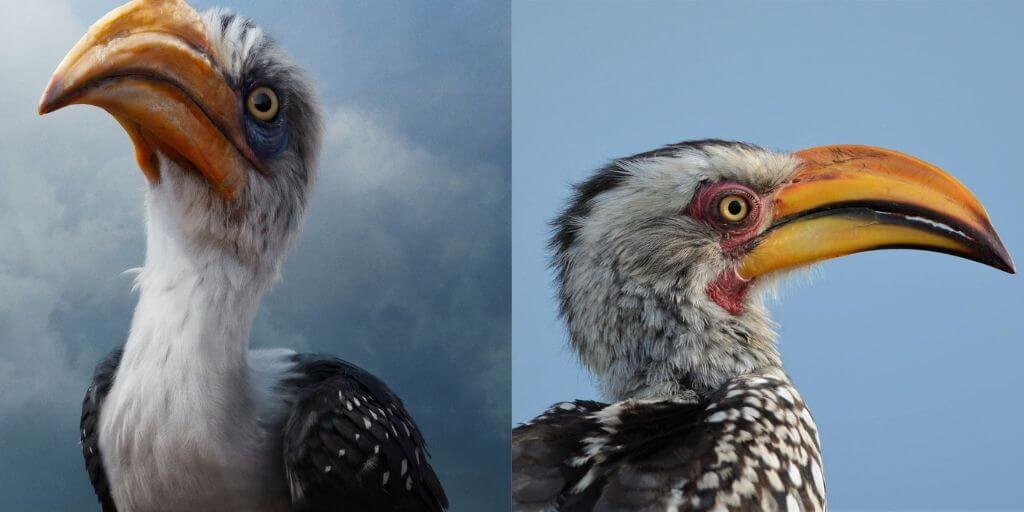 In the movie:- Zazu considers himself as the majordomo of Mufasa. And indeed he is the “ears and eyes” of the Mufasa. He is energetic, stern, and diplomatic. He takes his position as a royal advisor seriously and acts accordingly. Due to his size and fragile temper, he is often neglecting. He also has a good sense of humor, but when things go wrong, he falls into panic and becomes irritable.

In reality:- Yellow-billed Hornbills are found in the jungles of South Africa and are also known as the “flying bananas.” Why? Because of their yellow-colored bill that has the shape of the banana. They are mostly active during the day, especially at dawn and dusk. They are said to be the companion of dwarf mongooses in forage and often inform them about the dangers. 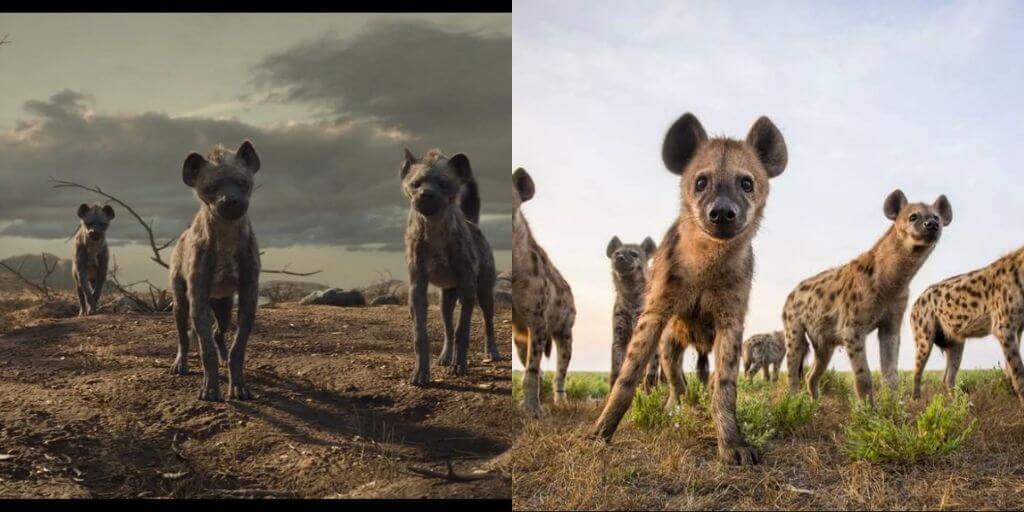 In the movie:- Shenzi, the leader of their trio (Shenzi, Banzai, and Ed) is smart and cunning. She also leads the pack of 200 hyenas, which proves that she has excellent leadership skills and is diplomatic. She betrays her friends, too, in many situations. To protect herself, she reveals the betrayal of Scar to the clan.

In reality:- Hyenas are often mistaken as dogs or canines, but they are of the Feliformia (cat-like). Female hyenas are more dominant than male hyenas. They mark their territory with the white substance that has a furious and robust smell. The laugh of the hyenas indicates their social status and age. They hunt during the night only. 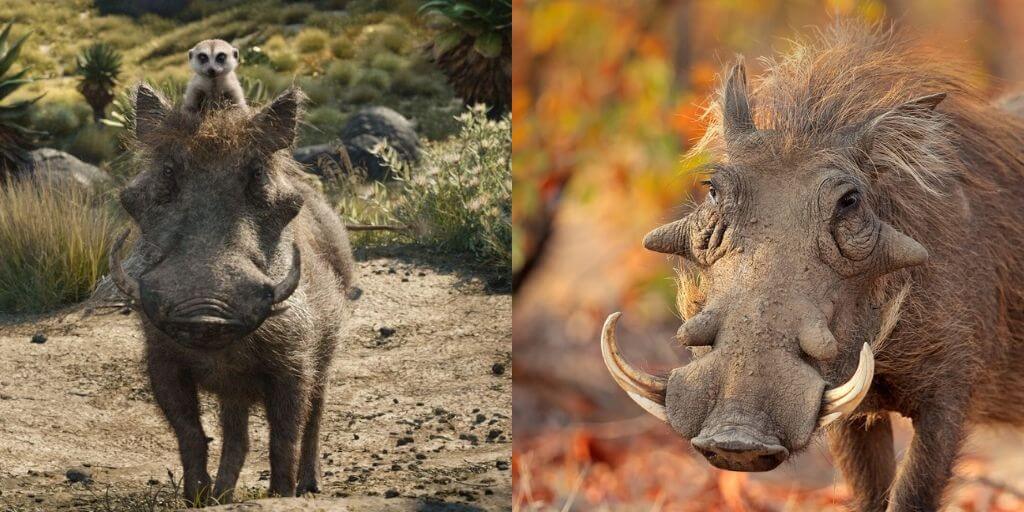 In the movie:- Pumbaa and Timon can be called the guardians of Simba. They took care of him and raised him when he was alone in the deserted area after he ran away from pride land as he thought the reason behind his father’s death is himself (told to him by Scar). 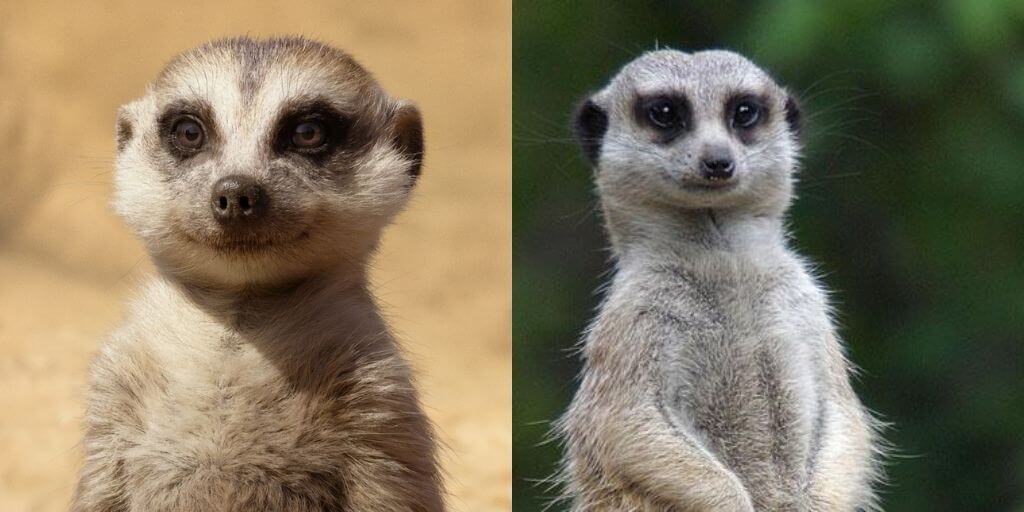 The characteristics of Pumbaa can classify as loving, open-hearted, innocent, etc. though he sometimes acts childishly, he has excellent knowledge. Timon is his best friend. He sometimes behaves self-center and thoughtless, but in the end, he is the most loyal friend and has a good heart.

In reality:- Pumbaa is a warthog. Warthogs are the wild pigs. Warthogs are good sprinters (fast runners) that pigs are not but this is the leading quality of the warthog. They sleep in the underground burrow that they steal from other animals they don’t dig their own tunnel.

Timon’s character is relatable to Meerkats. They are the Type of Mongoose. Meerkats are omnivores and eat both plants and animals. As animals, they feed on snakes, eggs, and lizards, and sometimes they can eat scorpions too. They can stand on their hind legs using the tail as a balance, and this helps them in locating their predators. Their brown color skin helps them in hiding from predators.

Here are Zodiac Sign Animals according to your zodiac signs. 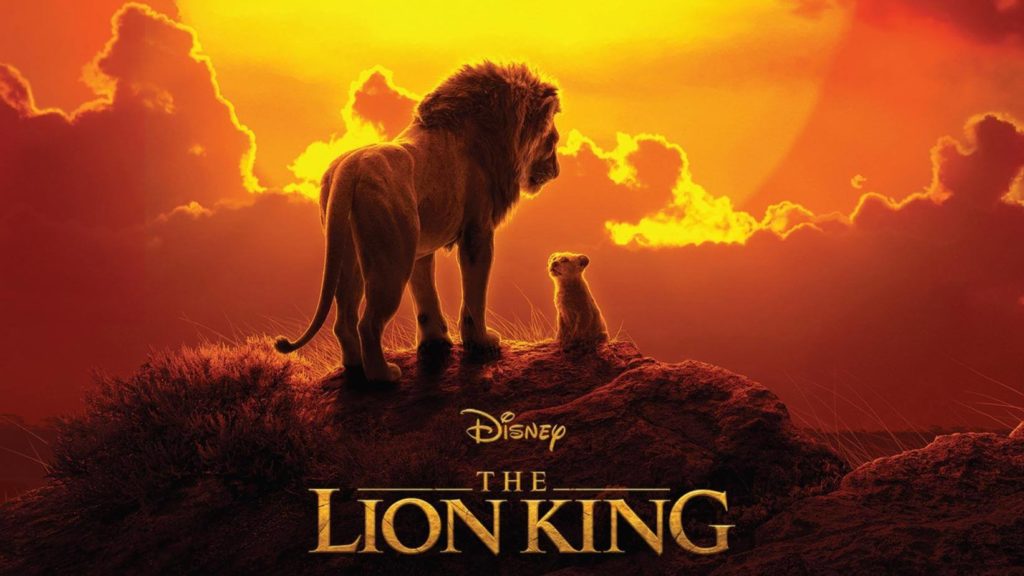 So above were the reel life characters of “The Lion King” along with the real-life animals that they portray and present to you.