Are you thinking of adopting a furry friend but are confused between a Belgian Malinois vs. German shepherd? Everyone is familiar with the German Shepherd Dog as they are the second most popular breed in the US for years. But not many people are aware of Belgian Malinois dogs. Let’s see Belgian malinois vs german shepherd.

So if you’re also curious to know about these two adorable dogs, read this blog. Today in this article, we have listed all the differences between a German Shepherd and a Belgian Malinois dog. Both have a lot of things in common like both are bred for herding sheep and both are used for military and police work. Because of their similar appearance, they are often mistaken for each other. But what are the things that make them differ from each other?

Today we have penned down all the differences between Belgian Malinois and German Shepherd. They have a difference in their origin, history, temperament, and characteristics. We have also divided their differentiation section-wise so that it is easy for you to understand everything.

Although the German Shepherd and the Belgian Malinois look quite similar from far, there are also a few differences that you should consider before making a decision. Take a look at each dog’s characteristics and traits and decide which one would be the right one for your family. 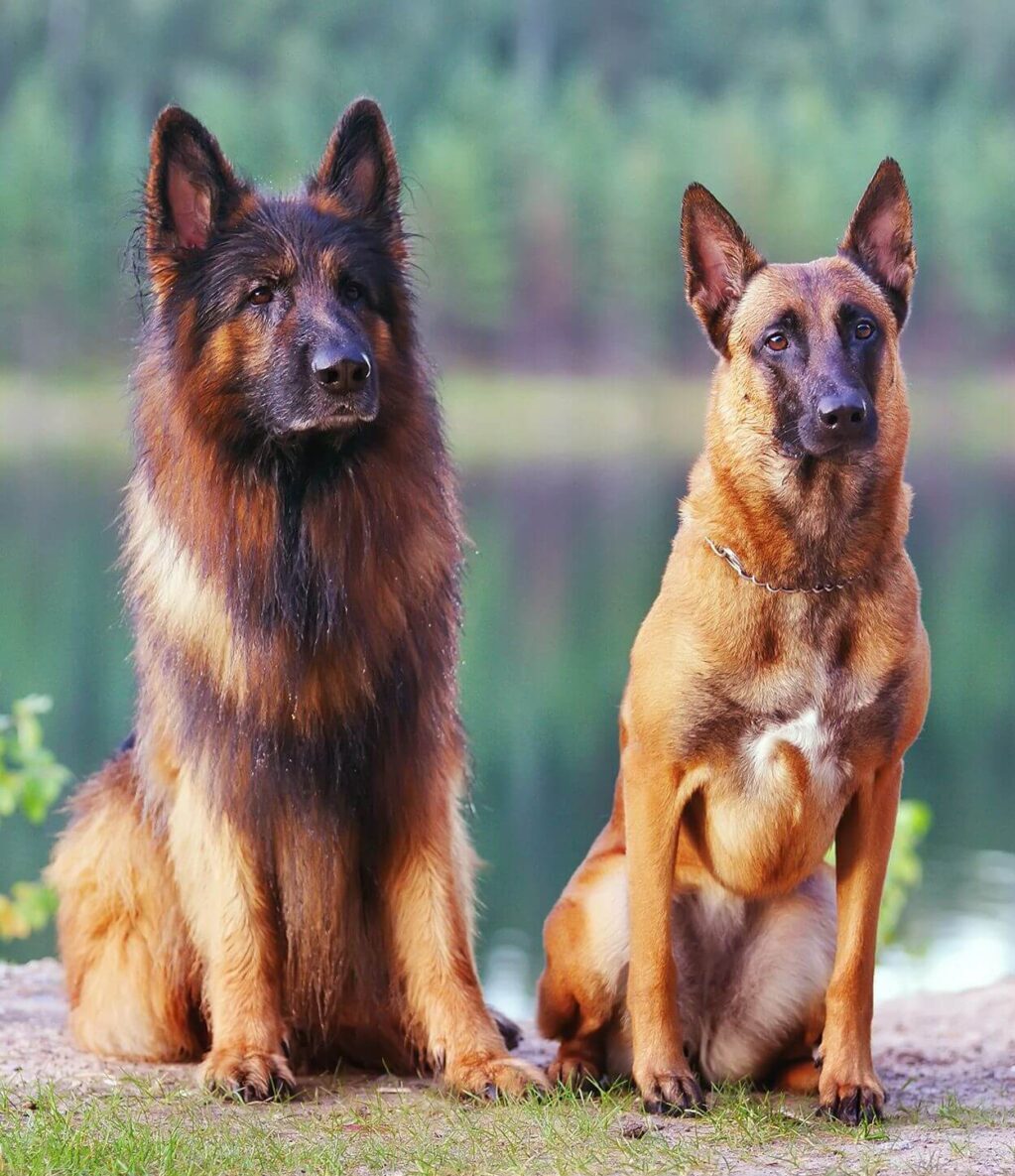 Here is the summary table of both types of dogs:

Now let’s see all the characteristics and traits of each one in detail:

Smart, confident, and versatile – These are the perfect words to describe a Belgian Malinois. They were originally bred as herding dogs, and some say they are a version of the Belgian Shepherd dog. Also, they share a unique and unbreakable bond with their human partner. They are friendly and energetic canines and can actively be found working as protection and police dogs. They are also great affectionate family companions. Let’s know more about this canine friend.

Do you know that the German Shepherd is one of the most beloved dog breeds in the United States? They are diligent, noble, loyal, and highly intelligent animals. A German Shepherd Dog (GSD) can be trained for army and police services. As compared to the Belgian Malinois, they usually are large. They have a very smooth and athletic body that makes them both tough and active. They are specially trained for disabled and blind people. Let’s know more about this loving companion. 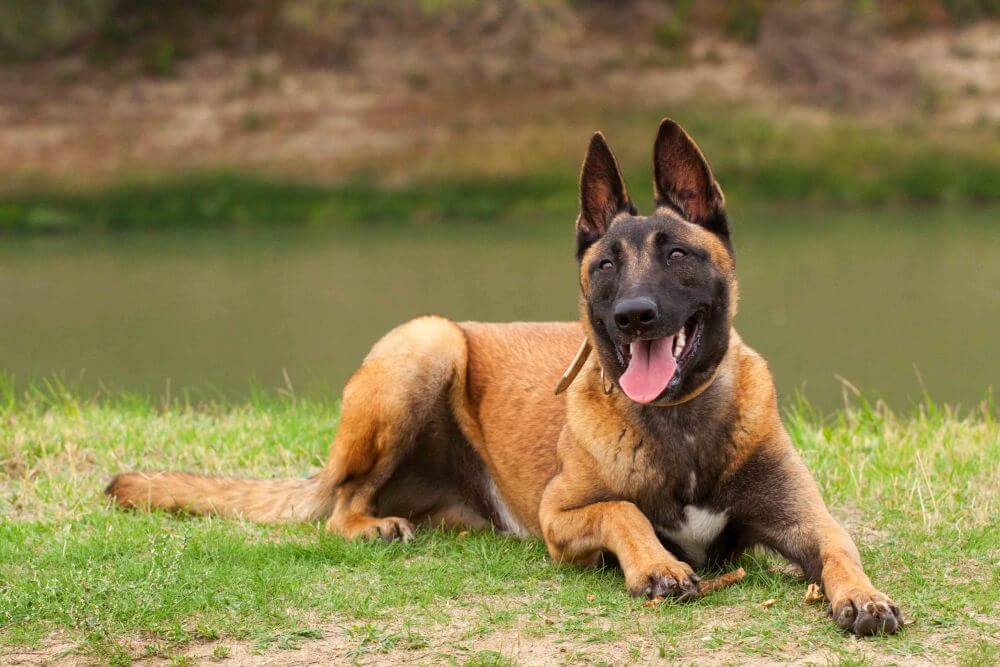 The Belgian Malinois dog was first seen in 1911 in the United States, and after that, it gained popularity. Some also worked in the military during World War I. The Malinois dog is a native of Belgium.

It belongs to one of the four varieties of Belgian shepherd dogs: Tervuren, the Groenendael, and the Laekenois. They were developed in France in the late 1800s and registered as the Chien de Berger Beige. Later they were named Malinois, after the city of Malines.

In 1899, a German cavalry officer, Captain Max von Steffenitz, worked together with different breeds of different shepherds canines in the same breed, combining old shepherds and farm dogs, and as a result laid the foundation for the German shepherd, which is quite popular these days.

The name “German” was given during World Wars I and II, and the breed was referred to as the shepherd dog or the Alsatian. Later this versatile, intelligent animal became a popular choice in the United States in the early part of the 20th century.

“There are not very many differences in both breeds as they both are herding breed types.“ 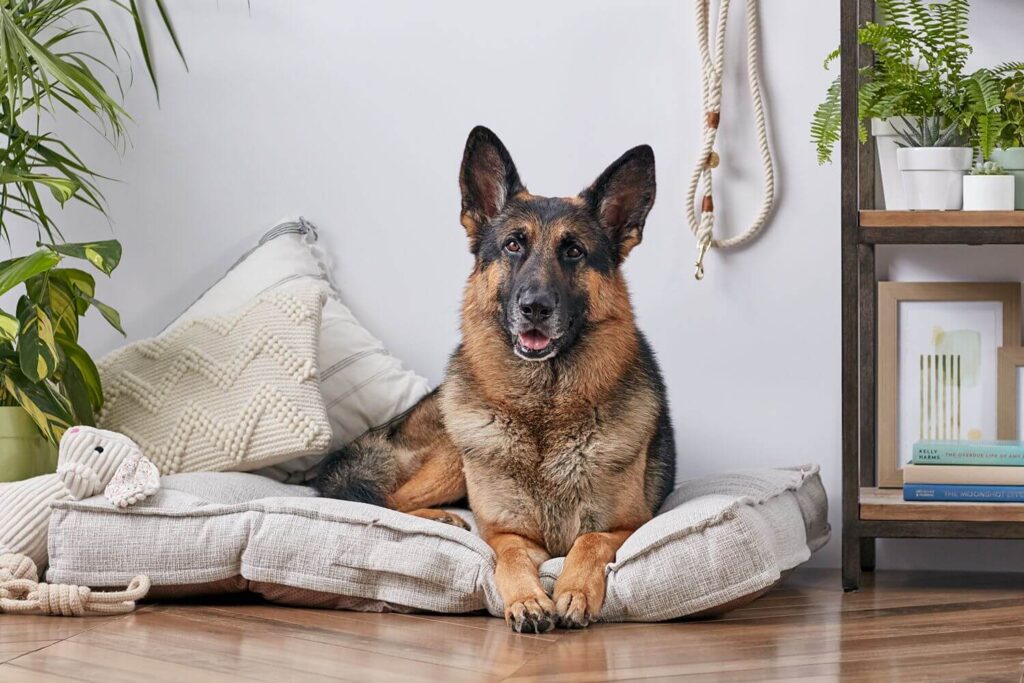 Malinois are short-hair dogs, and they have a Short double coat in rich fawn to mahogany tones. the areas around the mouth and ears are black. The average weight of these canines is between 40- 80 pounds. They may be smaller as compared to german shepherds dogs, but they’re a strong and muscular dogs.

As compared to the Belgian Malinois, German shepherds are approximately 10 percent larger than them. They are normally around 24 inches in size and weigh about 50 – 90 pounds. German shepherds are quite famous for their classic colorings such as black and silver with a tan saddle over the body. They are slightly larger than the Belgian Malinois and their coats are slightly longer with a little more fluff and undercoat. Here you also read about black mouth cur breed. 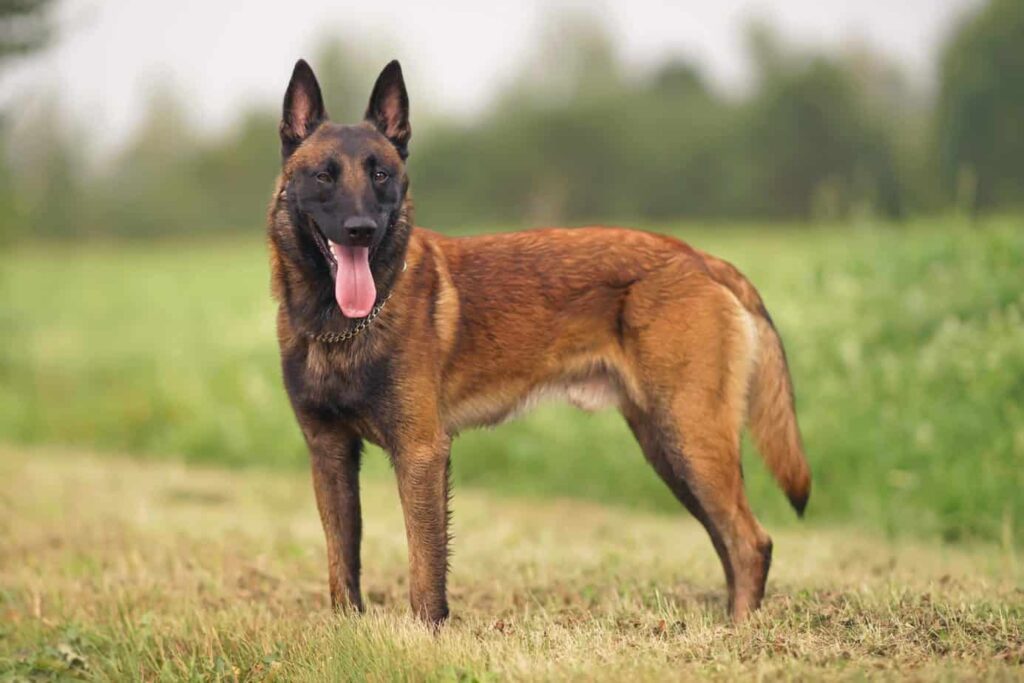 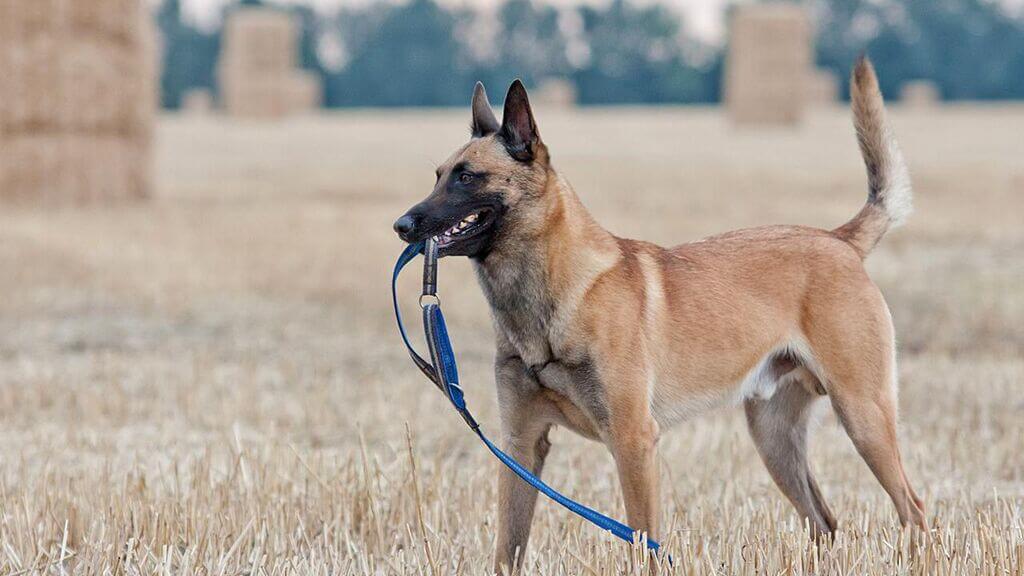 The Belgian Malinois is an outgoing and friendly dog, but they seem a little reserved towards strangers. By nature, they are very protective of their family, so, therefore, they can be easily trained to protect people and their property. They’re normally quiet, peaceful puppies and always cooperate with you in any situation.

If you want a dog that will match your high energy, then consider buying the Belgian Malinois. Just like any other dog, their personality also depends on a variety of factors, such as training and socialization. Ultimately, the Belgian Malinois are very socially active and playful canines. 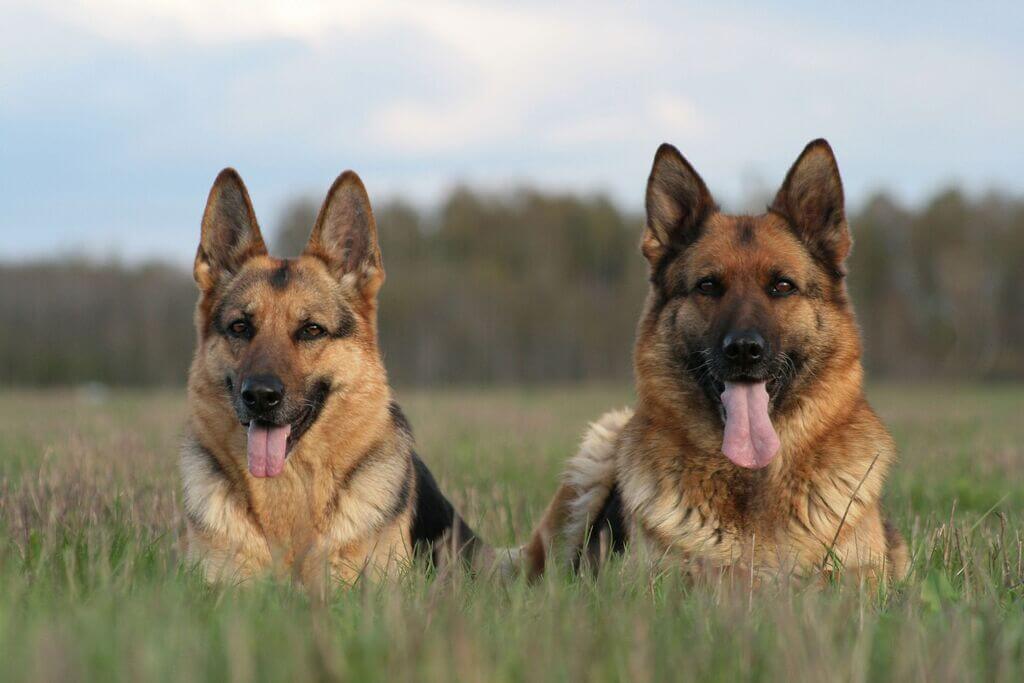 For some people, GSD may look a little aloof, but in reality, they’re very friendly and not shy animals. At first, they kind of hesitate to make friends, but once they do, they will always remain loyal to you. They are highly intelligent and can be trained to do almost anything. They’re very helpful for a disabled person as they can guide them. Because of their guarding nature, they will be excellent watchdogs.

But sometimes they suffer from separation anxiety, which means you can’t leave them for a long time. But other than this, they are easy-going and generous with loved ones.

“Both German shepherds and Belgian Malinois are great companions, and they love to play with their humans. There is a big difference in temperament or energy levels. But German Shepherd Dog isn’t quite as active as the Belgian malinois” 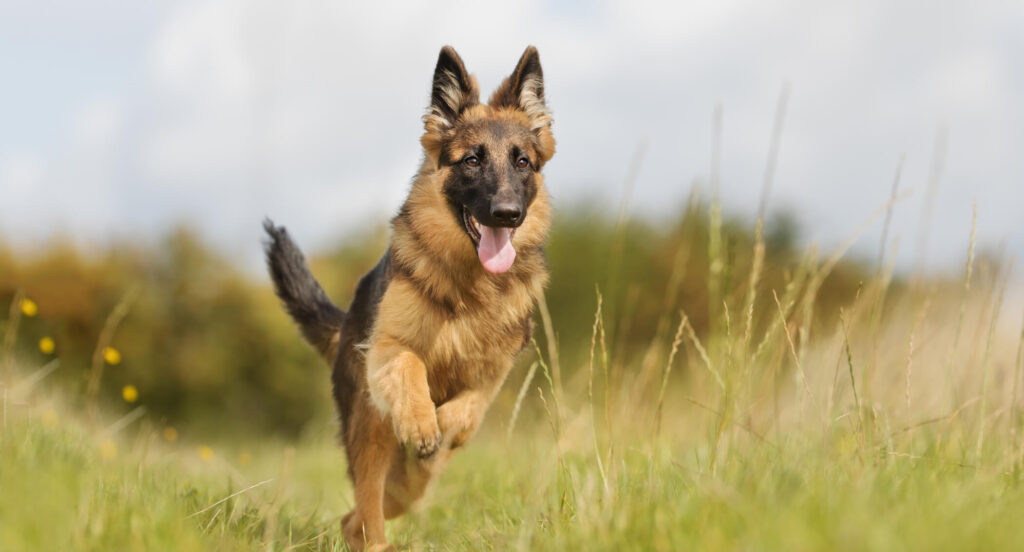 Belgian Malinois dogs are a usually healthier breed and only sensitive to a few common health conditions. Not all dogs are sensitive to any kind of health risks, but it is always good to be knowledgeable about them.

“Whether it is a Belgian Malinois or a German Shepherd dog, they should be regularly checked. Their teeth should be brushed frequently, and ears should also be routinely examined for signs of infection”

Belgian Malinois vs. German Shepherd: Which One is Right for You? 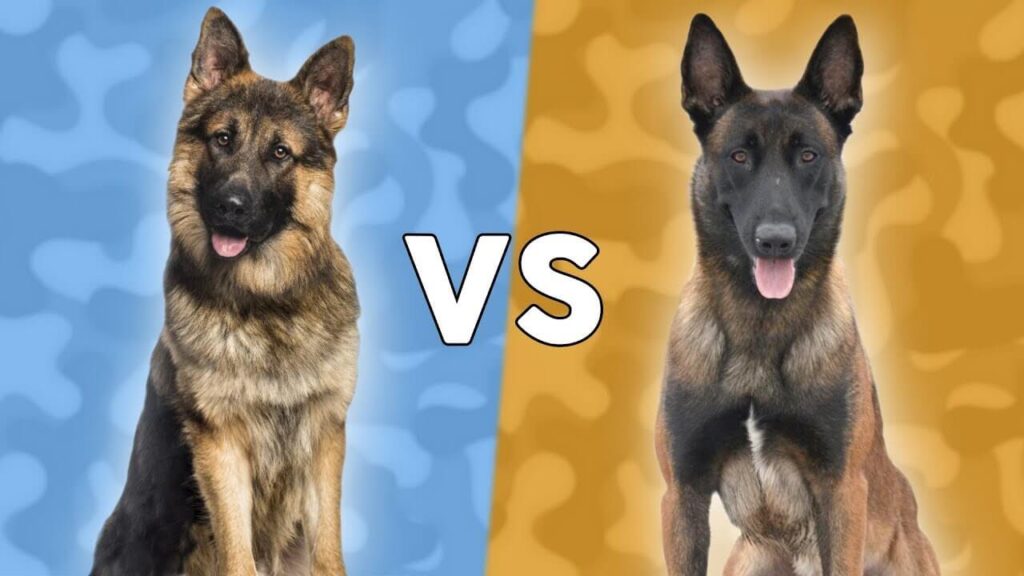 Both Belgian Malinois and German shepherd dogs are loyal, fearless, and faithful. There are a lot of similarities between the two in terms of their looks and other physical factors. There is absolutely no doubt that these two breeds have been amazing as beloved pets and valued working dogs.

Now that you know all the characteristics, breed origins, and health conditions of both Belgian Malinsin and German Shepherd dogs, it will be easier for you to recognize the difference between the breeds of both dogs. Before making the final decision, think about the positive aspects of each dog, and if you want, you can also include both dogs in your family.