Facts About The Bengal Cats That You Should Know

There are so many cat lovers around the world and that is the reason that cats are the most adopt animals among other animals and people even love to give shelter to stray cats which is great. Now while we are talking about cats we simply cannot forget to mention the Bengal Cat and you would be amazing to know that people are so fascinate about this cat breed and they just seem like the smaller version of the Bengal Tiger but there are few facts that people hardly know about this cat breed.

If you are wondering about some of the specifications as well as facts about this cat breed then here are some of them mention below that you need to check out: 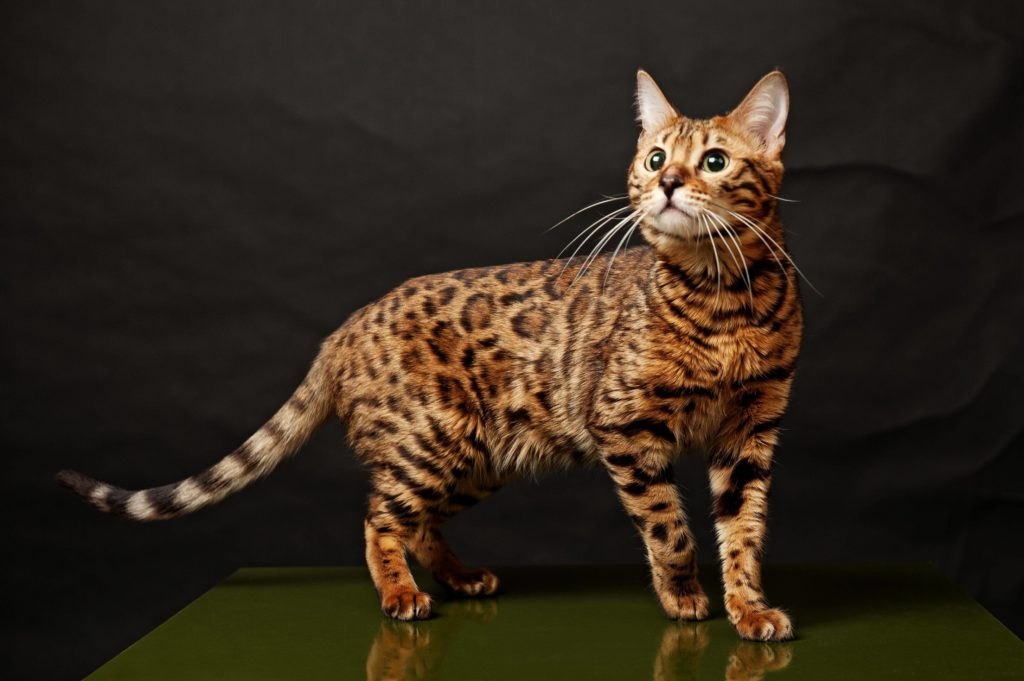 You would be amazing to know that this cat breed is not actually originating from Bengal rather they are from the United States and they are not even pure breed rather they came in being after a cross between a domestic cat and an Asian leopard cat and that is the reason that this cat looks so similar to that of a big cat though they themselves are quite big in size as compare to any normal pet cat. There was a time when people use to fear them due to their wild as well as aggressive look. 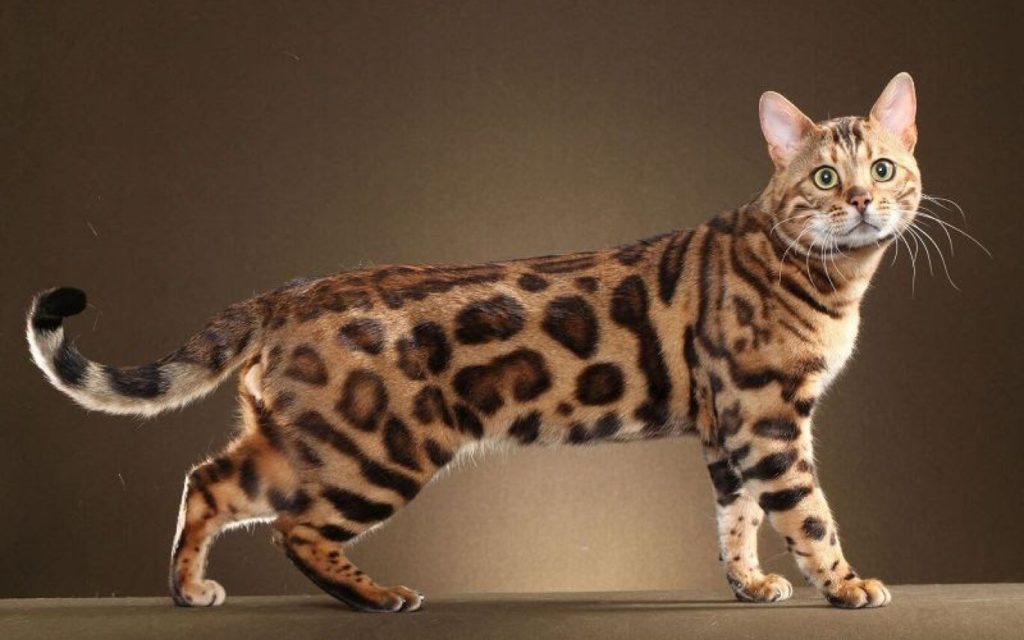 This cat was not at all domesticate back then rather it was meant for wilderness and since it has origins of Asian leopard cat so it has develop good hunting skills which are great but as time evolve they start being domesticate and their 4 generations seem to be quite different from their first generation in terms of temperament. Now this cat is friendly and people are not even scare of them but they look so royal-like always. You, however, would have to train the kitten about socializing. 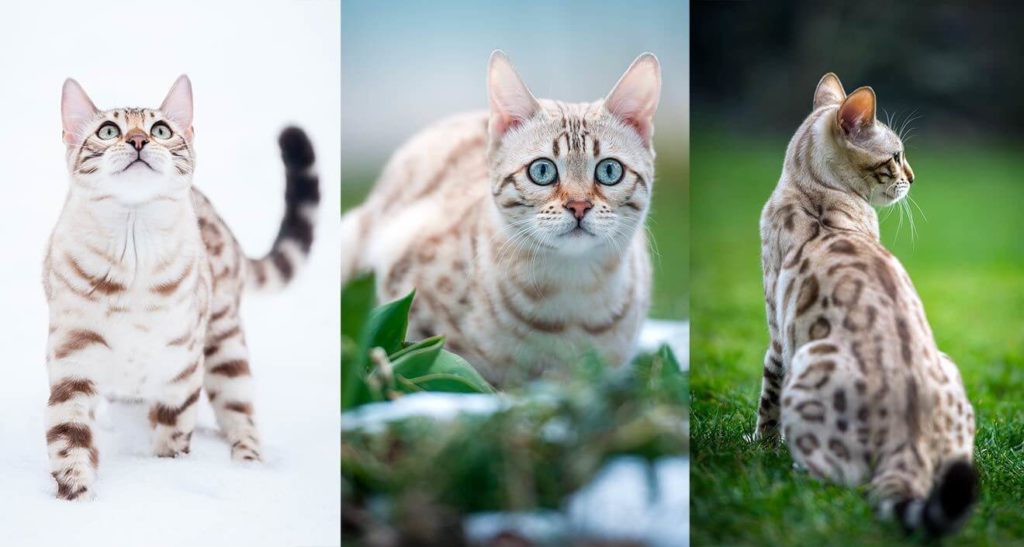 Like the normal one, this cat is also socializing nowadays but it was once the most unsocial cat. Snow Bengal came in being after some Domesticated Cats cross with the Bengal cats and so they look quite similar to the original Bengal cat breed but they do have some differences. Apart from the fur difference, there is a difference in the behavior of these two cats. The Snow Bengal one comes in a lighter fur which is more like off white with some brown in them and at the same time they are easy to socialize and train.

The Intelligence of this Cat Breed 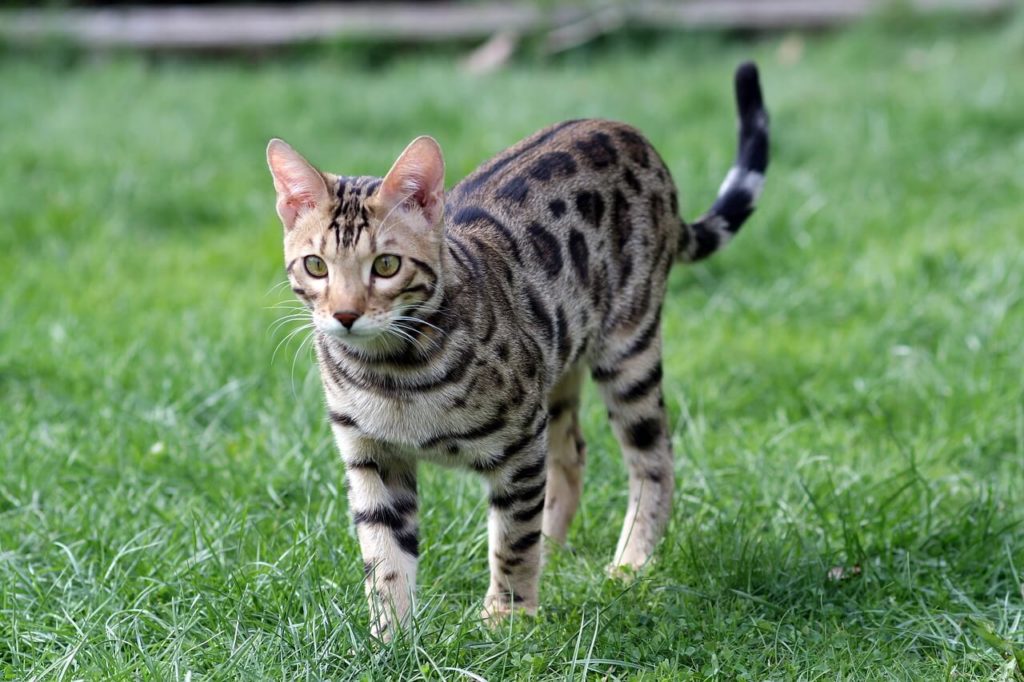 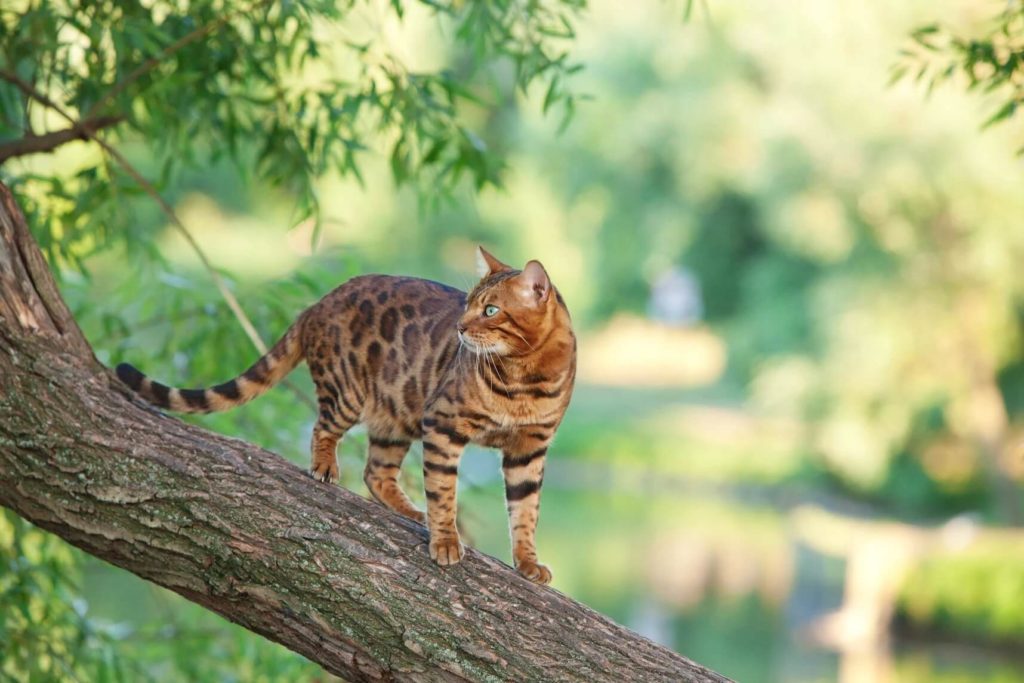 As you already know that they are good at hunting and they are actually meant for wild but since we got them with us so they somehow fail to express themselves and that is the only reason that they refuse to be domesticated for a very long period of time but after all training all they somehow manage to be among us but there are times when their wild nature overdo their domestic presentation and that is the time when they start hunting animals.

If you have an assumption that only mice are their prey then you would be shocked to receive other killed animals such as birds, squirrels, and other small animals, and they even sometimes attack big birds. 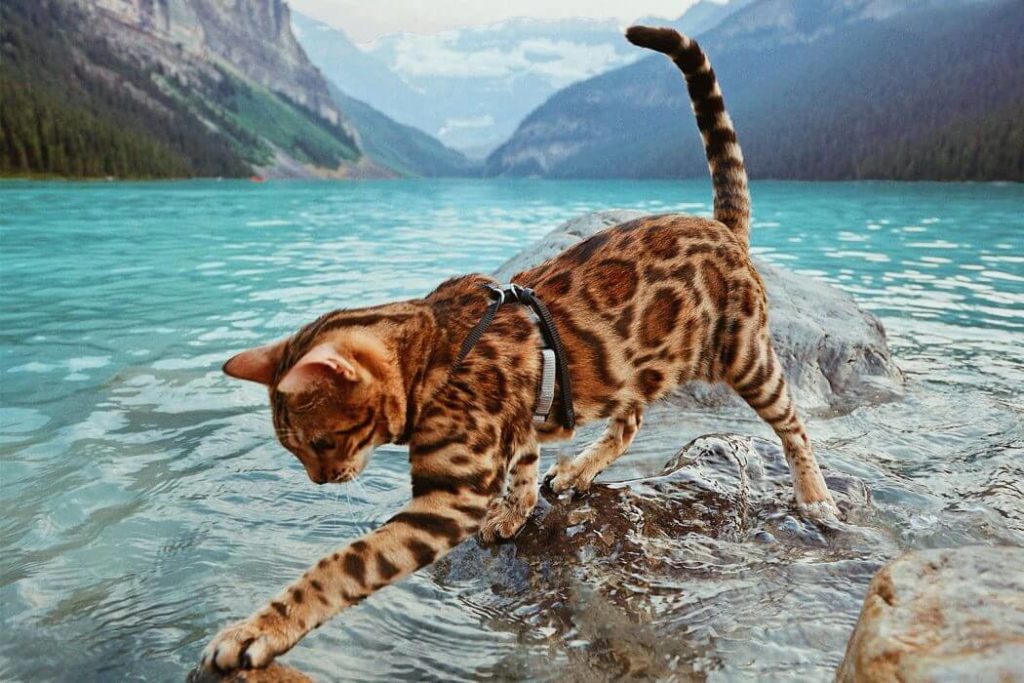 If you would be able to teach them properly then you would probably have a great time with them and they not only get trained easily but at the same time they are also good at learning tricks and the best part is that they would actually show you all those tricks throughout the day. Communicating with them is very easy and they would actually listen to your command which is fun to see and also at the same time if you would ask them to play with you then also they would keep you entertained with their playful nature. Here are some tips about Kitten Development to know. 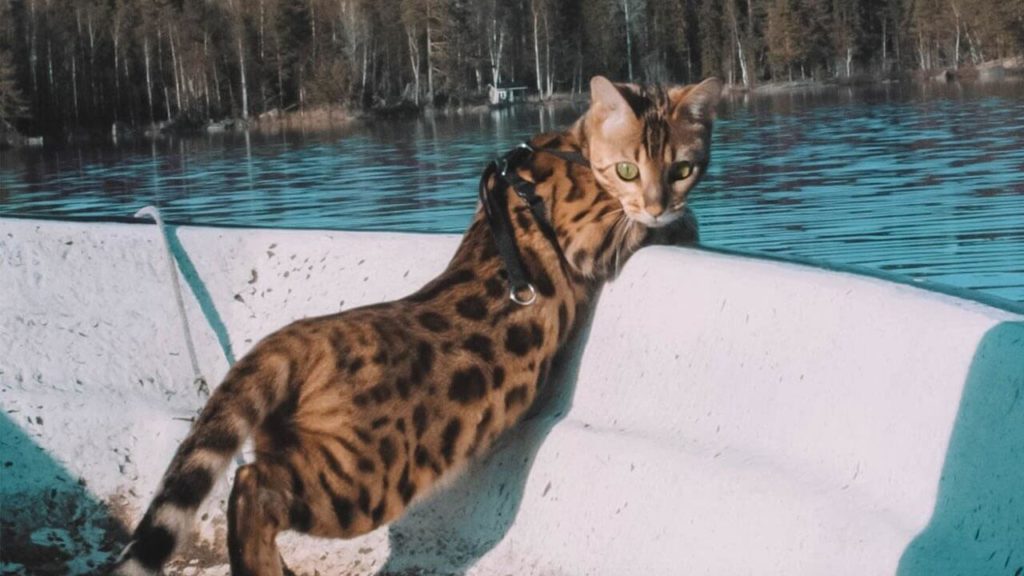 Unlike other cats, Bengal cats are fond of water which is very strange. Because cats, in general, hate being near to water. They would do anything to get away from water but this is totally different in the case of Bengal cats. It is very surprising and fun to see them play with water. They would swim in ponds and would go fishing for hours. Moreover, they love playing in the water which is exciting to see. 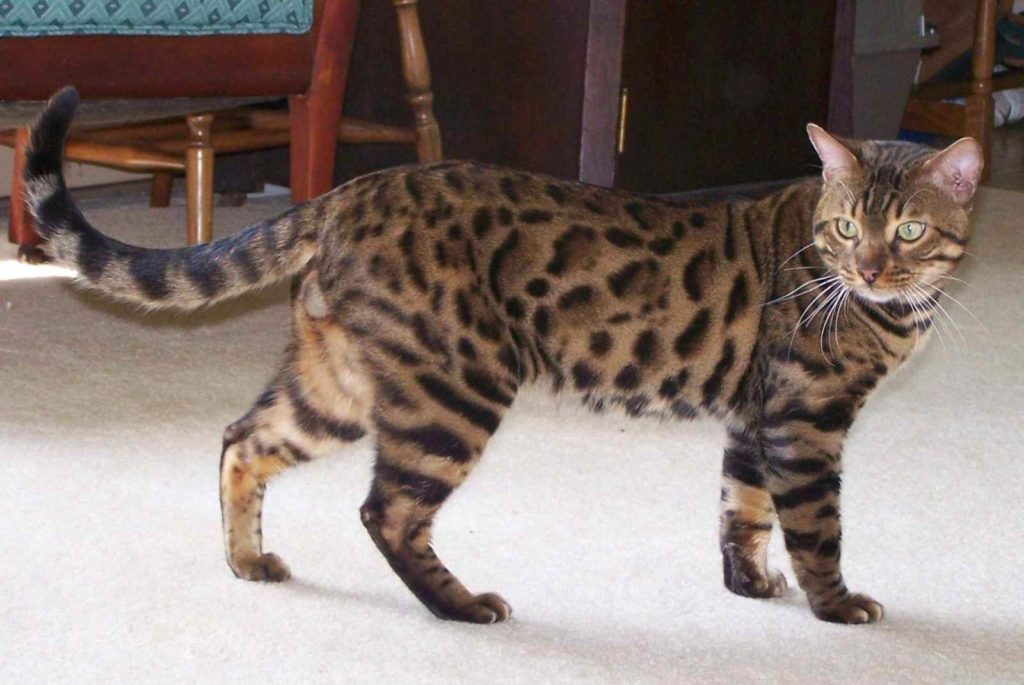 These cats are not only very sensible but at the same time, they are sensitive as well. So your small movement can prove to be enough to hurt them. Since they remember things quite well so they would take time to forgive you if in case you hurt them. 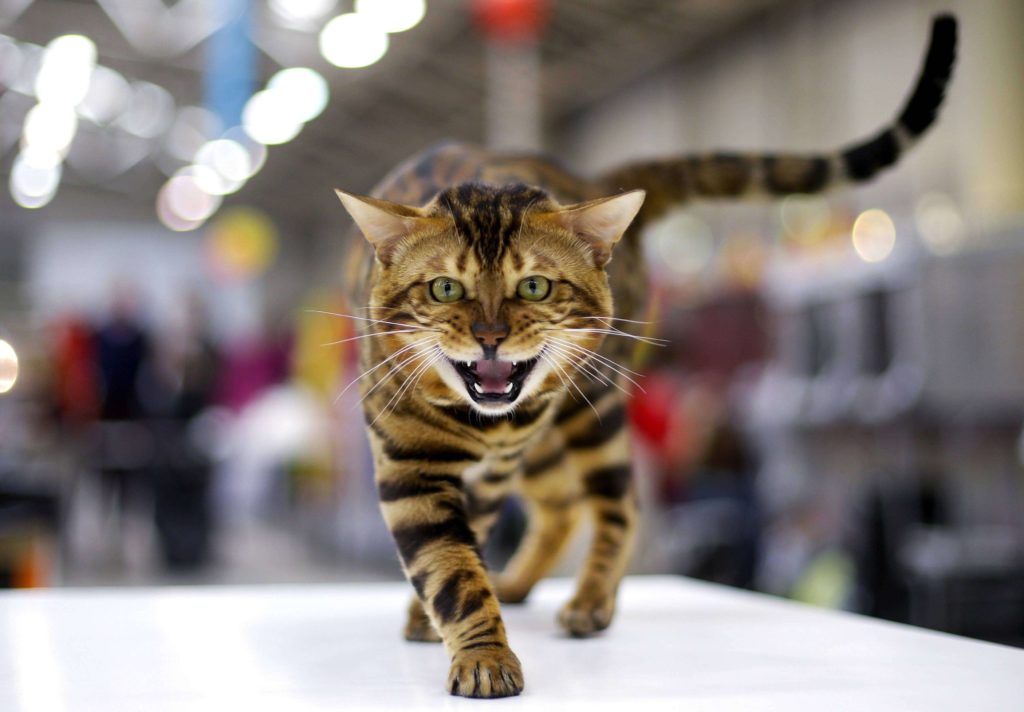 Call them chatty or noisy but they cannot stay quiet for long rather. They would keep on meowing for absolutely no reason. However you would enjoy hearing them for hours. 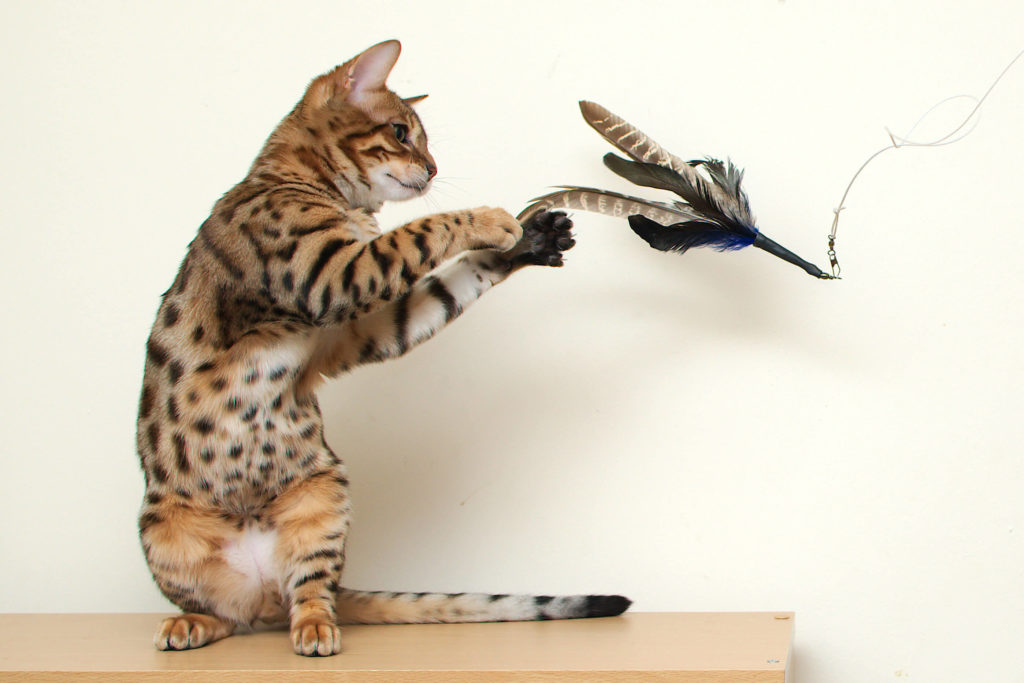 They know their skills and they would stay playful and active all day long. They are great climbers as well as jumpers. So they might climb up trees and would eventually jump off the tree.

These were some facts about the Bengal House Cat that you need to know. You can know more about such things at Petsnurturing.