Mini Hippo Dog: Interesting Facts to Know About Them

Many of you might not have heard much of the mini hippo as they are the latest designer breed, stealing people’s hearts with their looks. This adorable new breed is suitable for large and small families alike and is extremely family-friendly. They are gaining popularity throughout the globe for their unique characteristic features. Let’s see a mini hippo dog.

If you are here, full of curiosity, trying to find out ‘why is a dog called a mini hippo? Should you get one? Will they be a good fit for your house and family? How do take care of them? Well, relax! You’ve come to the right place and we’ll equip you with all the required information that’ll help you decide if you should get one of the mini hippo pups.

New breeds like the Mini hippo are quite popular in recent times as they are bred for the desired or favorable characters of the existing breeds and show hybrid vigor. The phenomenon where the crossbreeding parents of different breeds lead to an offspring that has desired characteristics of both the breeds and is genetically superior to both of them is known as heterosis or hybrid vigor.

Hybrid vigor also helps in the elimination of genetic predisposition to certain health issues and can prove helpful in enhancing health, welfare, and fitness.

Their exact place of origin is unclear but it is believed that they first originated somewhere in the USA. A Mini Hippo is a cross between a purebred Shar-pei with a purebred cocker spaniel. Both the parents are the stark opposite of each other, making the pup the best of both worlds.

With the kind face of a cocker spaniel and the cuteness of a sharpie, the mini hippo is sure to turn heads when you walk them through the park. They get their name as The mini hippo due to their large, square, and wrinkly hippo-like faces. They are also known as Cocker pei.

Let’s Get to Know the Parents Of Mini Hippo Dog 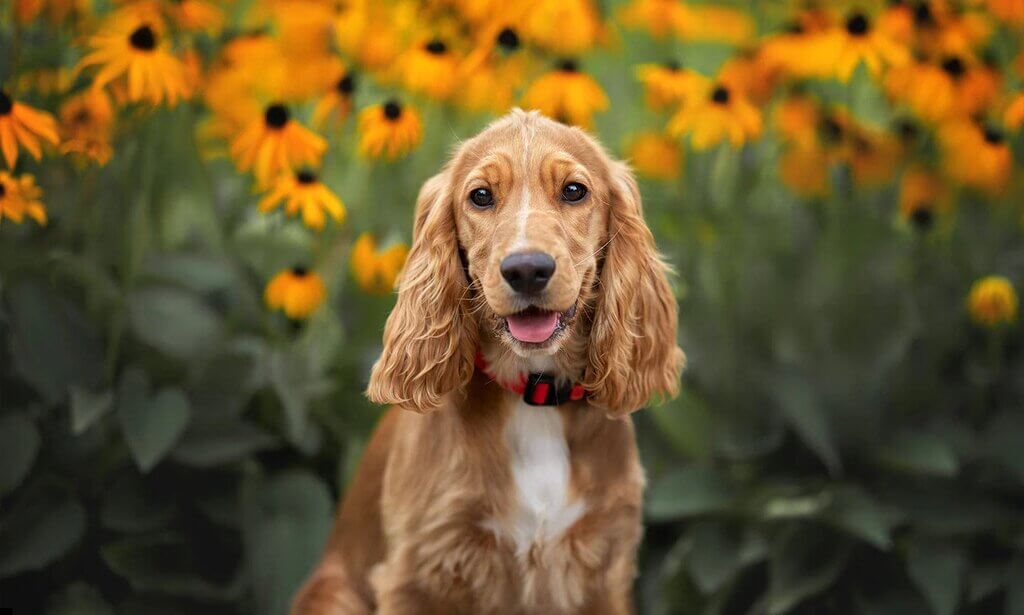 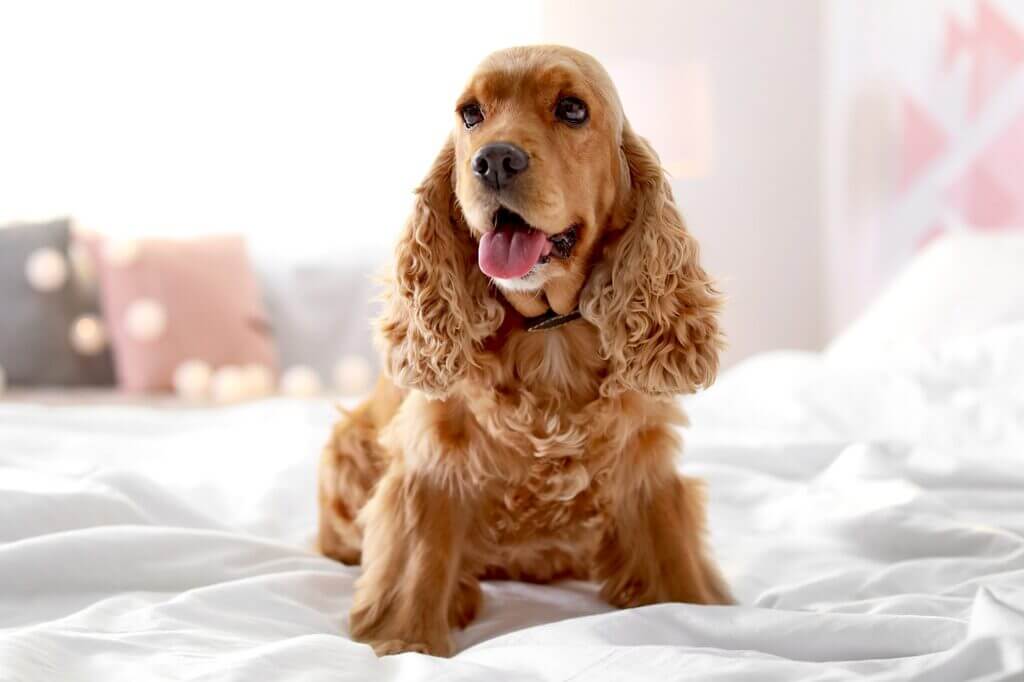 The Cocker Spaniel is one of the most popular breeds due to its cute, cuddly, and family-oriented nature. They originated as hunting dogs in Spain and soon became everyone’s favorite companion dogs worldwide. They are easygoing and get along well with children and other pets in the family.

Cocker spaniels are outgoing and playful. As they were originally bred as working dogs, they are energetic and always up for a game of fetch or to run around with you but they do not need to burn off the energy like most working dogs. They do equally well with regular walks in the park as a form of exercise.

Cocker spaniels are sensitive and don’t do well in loud and harsh environments. Positive reinforcement and a soft tone work best for them. The titular lady in the Disney classic The Lady and The Tramp is played by a cocker spaniel, one of the most famous.

They have long silky coats and large floppy ears. They need regular grooming and occasional trimming. Despite their long luscious locks, they are surprisingly among the average shedders. Their gentle and affectionate nature makes them a questionable choice for a watchdog. 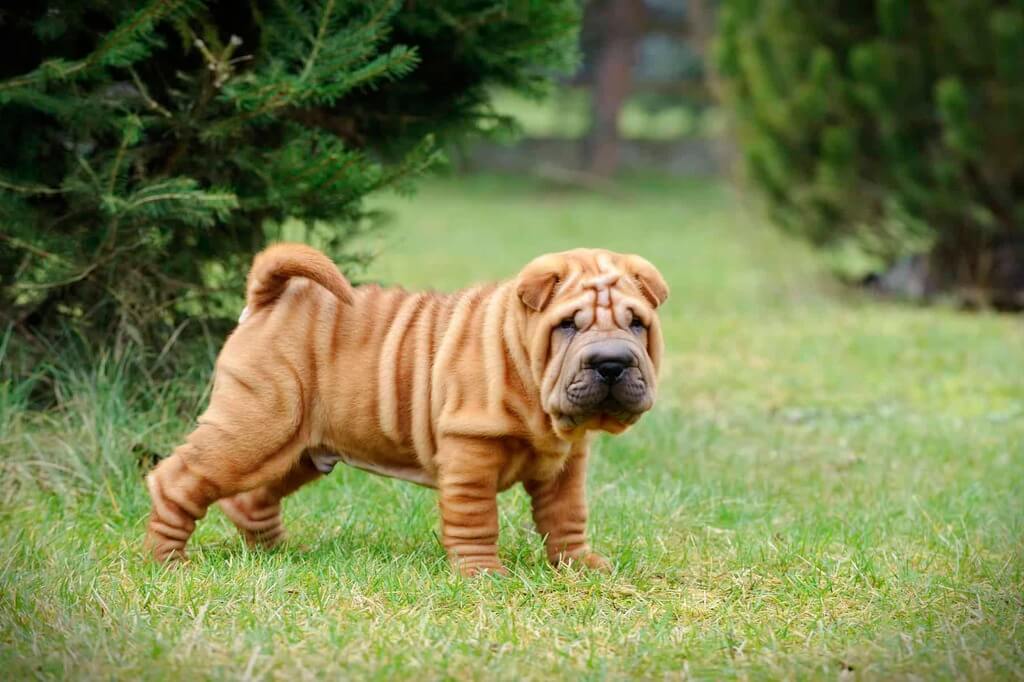 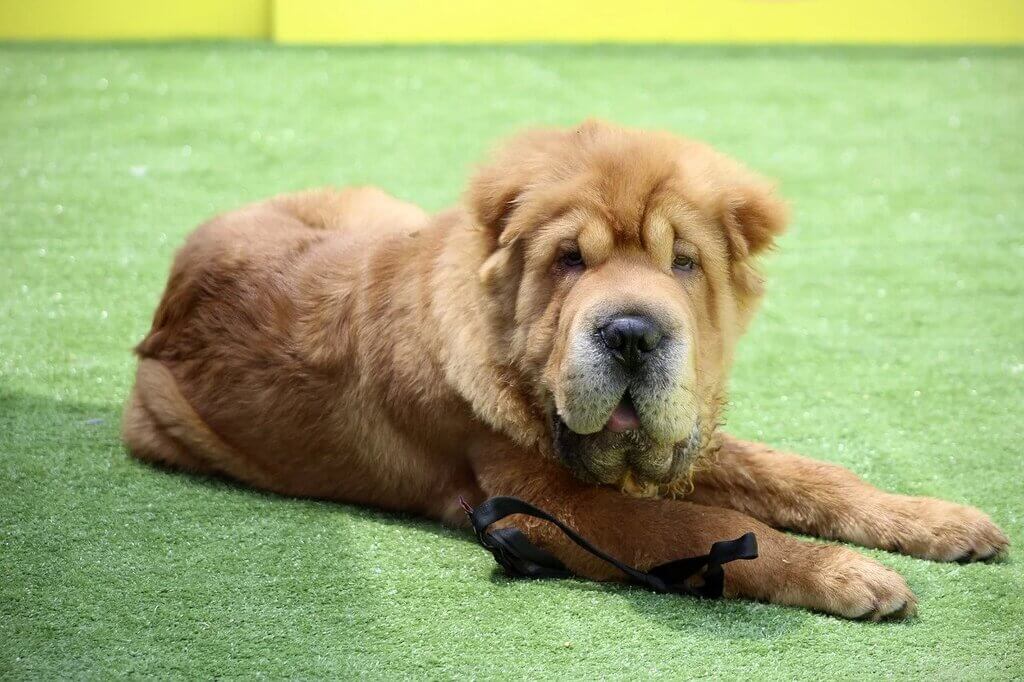 The Shar-Pei originated in China and were used as guard dogs to the upper class and the royals due to their fierce personality and loyal nature. They were also used as fighter dogs and their wrinkly skin aided them in the fight. They need firm training as they have a mind of their own and may become stubborn. In current times, they are widely used as family pets.

Mini hippo dogs are calm and sweet around children. Their protective personality makes them untrustworthy towards strangers and other dogs. They are extremely intelligent and independent. Unlike the spaniels, they exist to protect rather than, please.

They have a big broad wrinkly face with a short and broad snout which gives them the look of a small hippo. Their wrinkles were further enhanced by breeders for aesthetic purposes.

They are medium-sized dog breeds with short, bristly coats.

All About the Mini Hippo Dog

Since the Mini Hippo is the mix of two extremely different-looking dogs, the mini hippo puppies may widely differ in looks as they inherit different blends of characters even when they belong to the same litter. 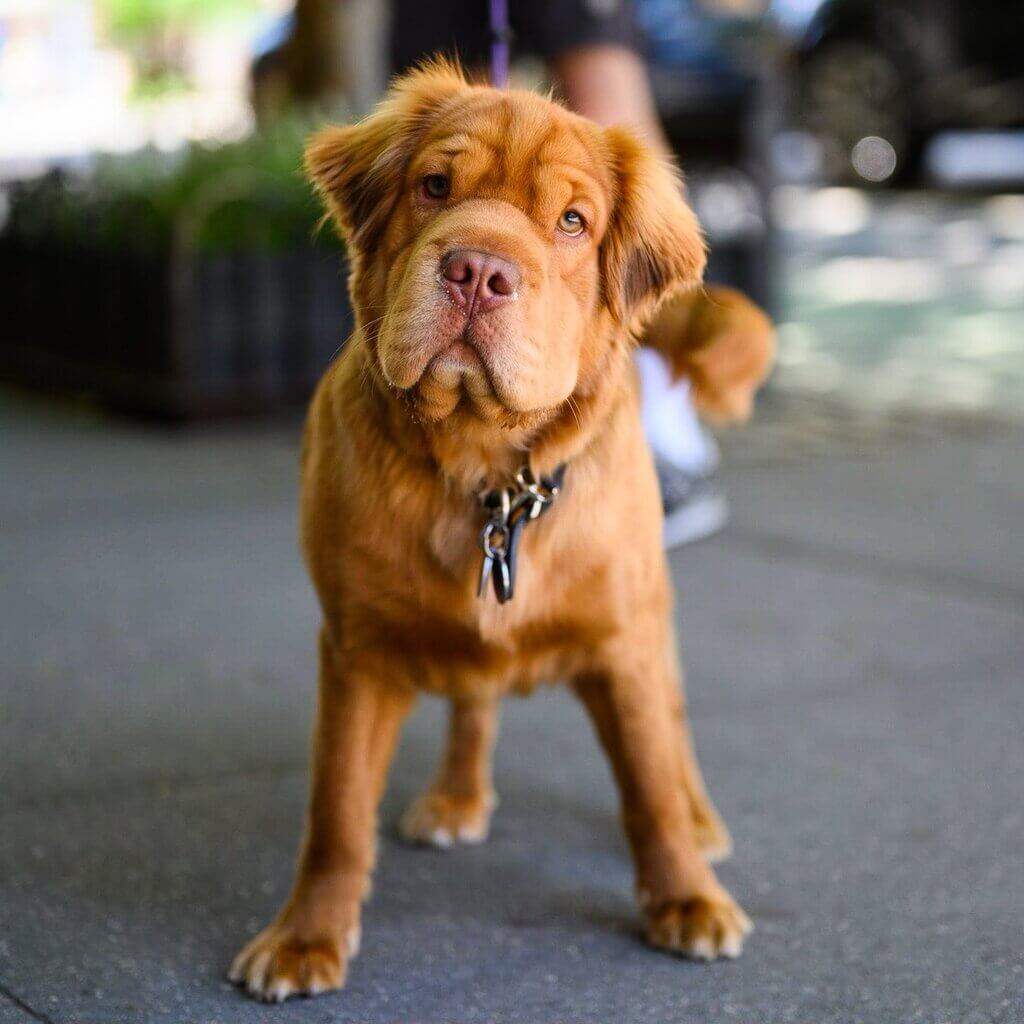 With qualities of both, the Cocker Spaniel and the Sharpie mini hippo puppy costs less than both the individual breeds. Mini hippo dog prices are around $350 to $600. 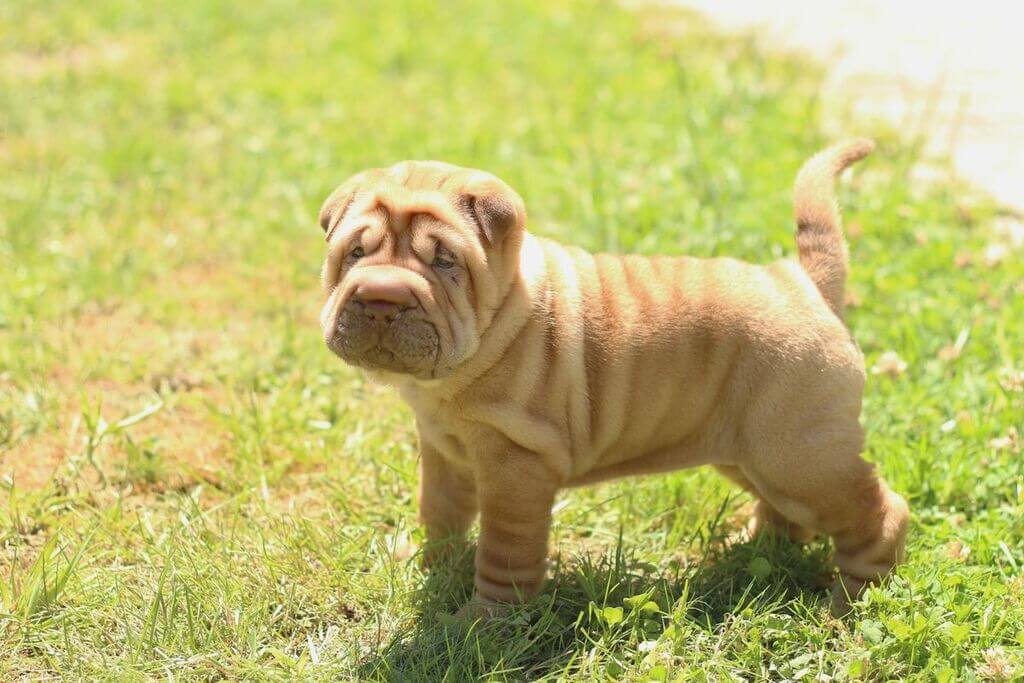 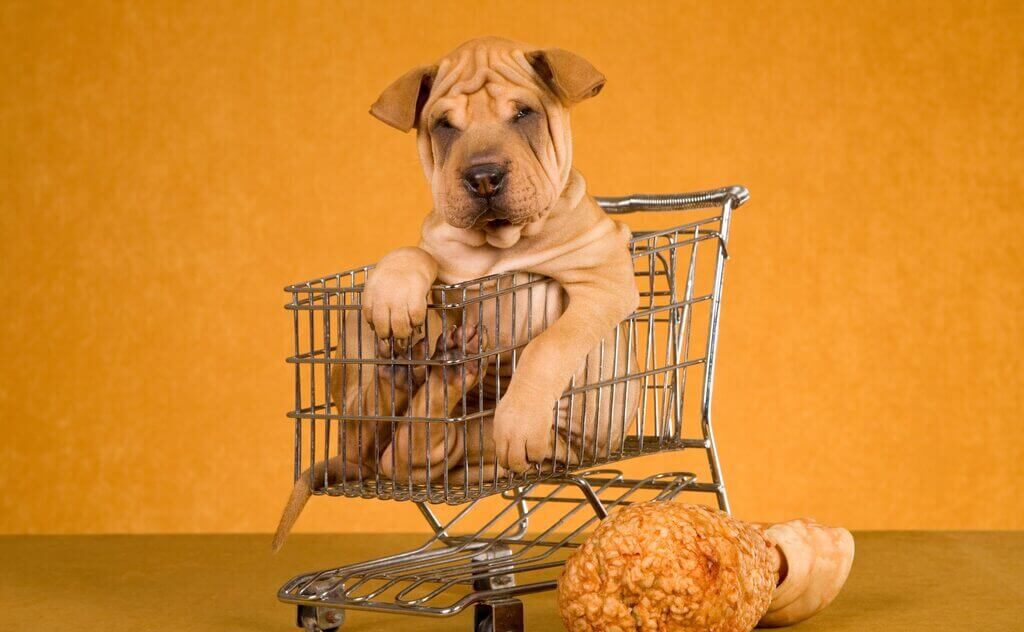 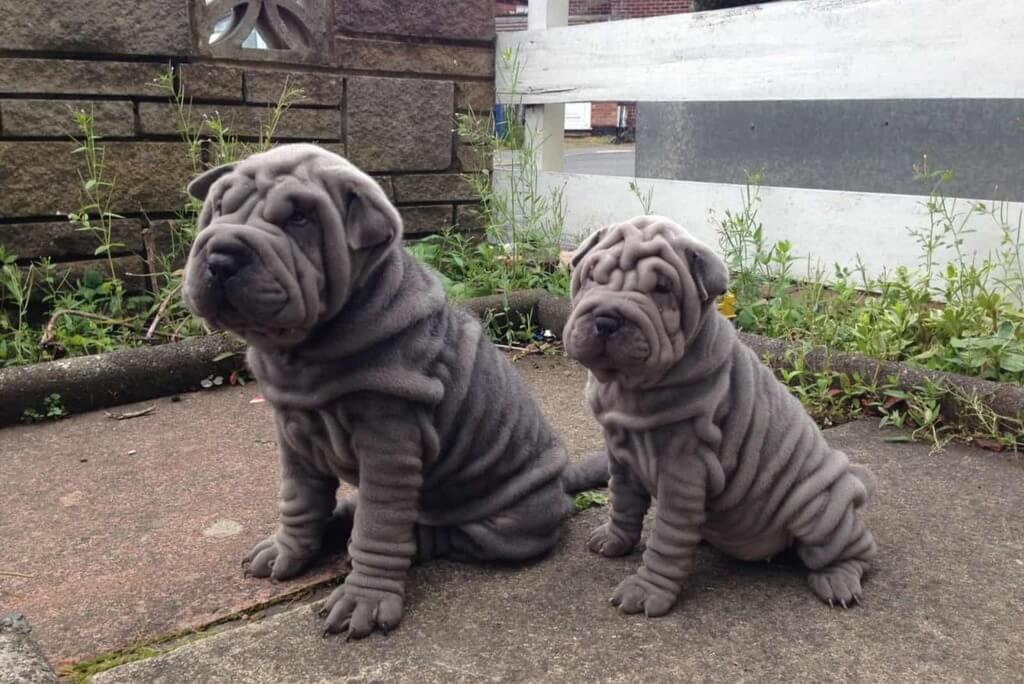 Choosing a reputable breeder is the first and most important part of getting a healthy puppy. Both Cocker spaniel and Shar pei have their health issues but they can be reduced or avoided if only healthy individuals are used for breeding.

This cute pup will be a great addition to any family. They are suitable for apartment dwellers as well as people with individual housing having space to run around. They are intelligent, loyal, playful, and well suited for first-time dog parents and enhance their lives.
For more information on pet care, breeds, or pet foods, visit PetsNurturing.