An Encyclopedia on Prairie Dogs: From its Origin to Facts & Highlights

Hey folks, How have you been? Today I am here with information about a new pet – Prairie Dog Pet. A pet that is cute as well as exotic. You might be thinking, how can a dog be an exotic pet? But wait who said it’s a dog? It’s just that the name has a dog in it.

A bit confusing, right? Don’t worry. Read the blog for the complete information on the prairie dog pet. They are said to be the ecological animal supporting over 136 other species for survival through their various activities. Plus their litter also helps in fertilizing the soil.

Let’s start with a quick overview of this exo-pet, 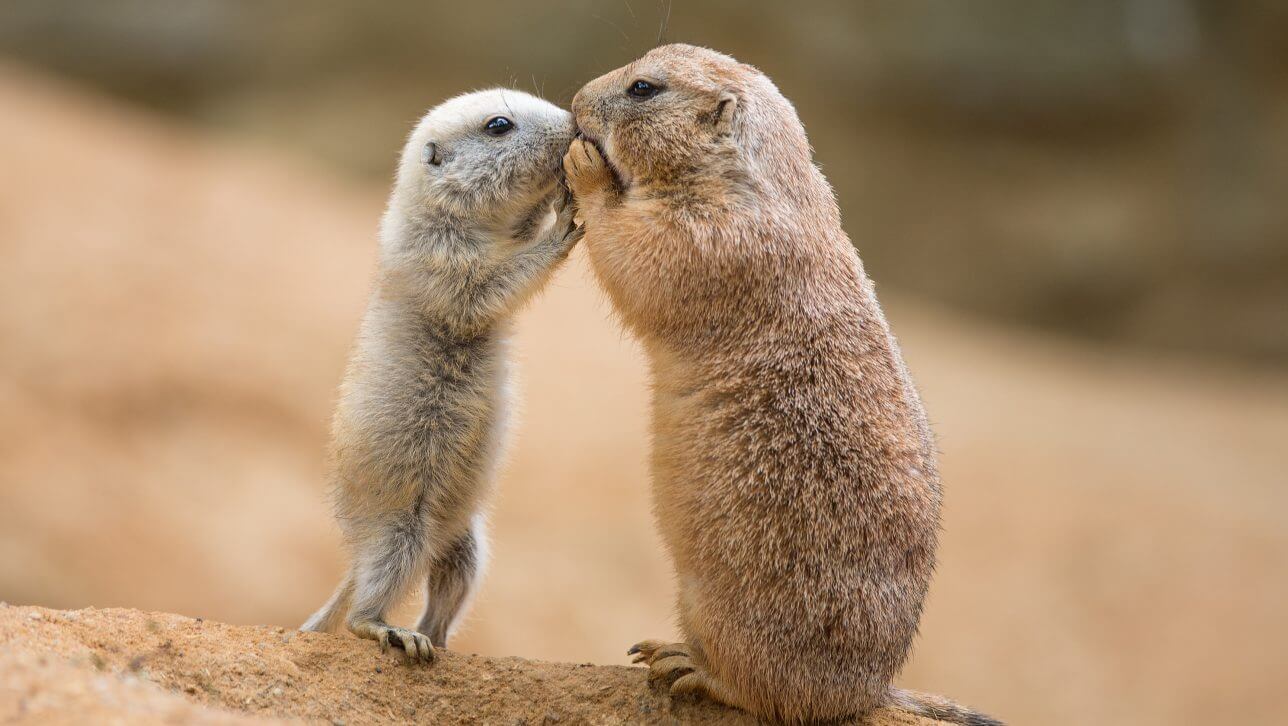 The Prairie dog is nothing but a ground squirrel and was first seen in North America. They are herbivorous borrowings rodents and are name ‘dog’ because of their warning call. Their warning call is similar to a dog’s bark, hence the name Prairie Dogs.

This name was in use from the early of 1774 and was discover by Lewis and Clark in September 1804. There was a note in the journals that state: “Lewis and Clark discover a Village of an animal the French Call the Prairie Dog.”

Even its scientific name, Cynomys has the origination from a Greek word that means “dog mouse.” 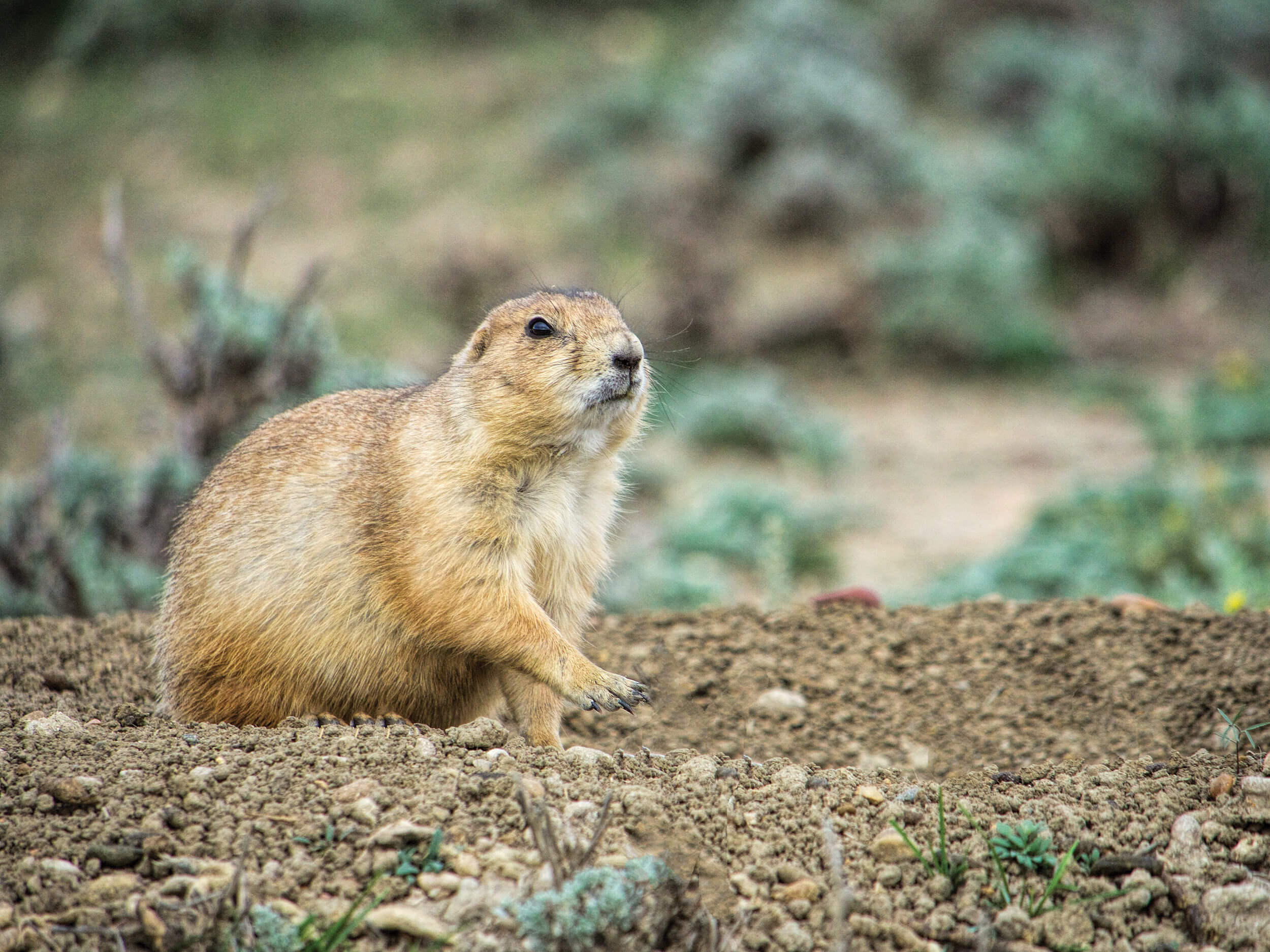 The physical appearance of this animal is undoubtedly cute. They are the furry animals, yes! The height goes up to 4 inches, and weight stays around one to three pounds.

The mesmerizing characteristics of it will blow your mind; Prairie Dogs have black eyes, brown fur and short limbs with claws. As I said above, they aren’t dogs! They are classify into the same taxonomic group as squirrels and chipmunks.

Their species are divide according to the tail color. So it gets easy to know which kind of prairie is in front of you. Right now, there are five different species of this barking squirrel, such as black-tailed prairie dogs, white-tailed prairie dogs, Utah, Gunnison’s and Mexican. 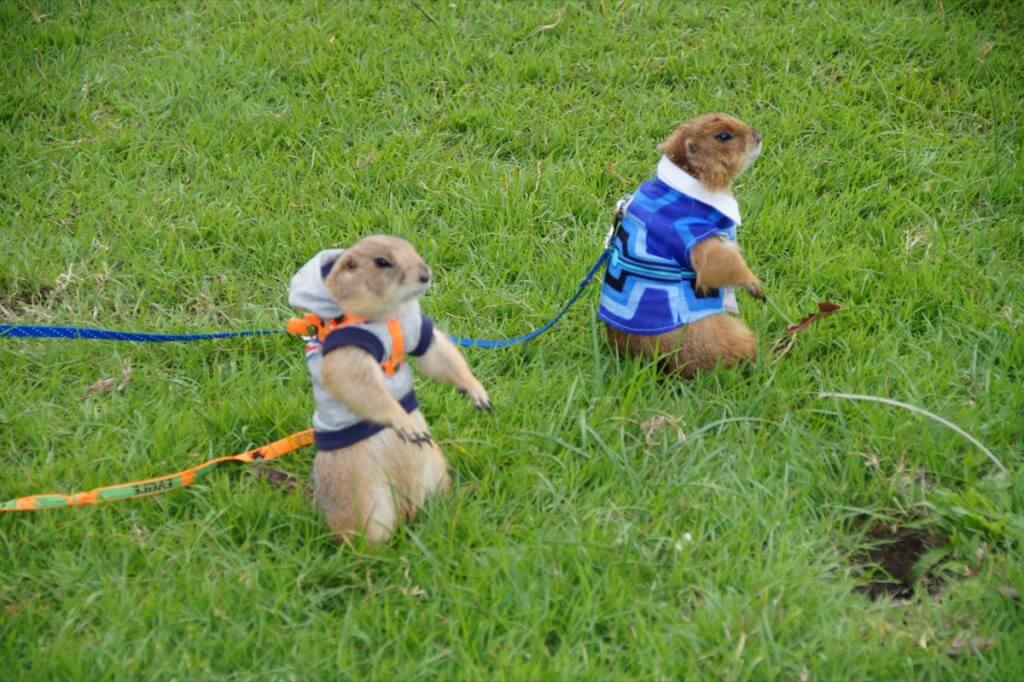 Prairies are social animals (not human, in a literal way!). They always live in a group, or you can say, family. They do have a FOMO (fear of missing out). If you aren’t able to spend time for a couple of hours a day, I would suggest you get a clan or else, stop thinking about having them.

They can get depressed or even sick if left alone. They are really amazing pets, no, no… Wait I will re-frame the sentence ‘they are really intelligent pets.’ yes! Now perfect. Though small and tiny pets they can be trained easily.

You may get surprised, but they can be trained to come to you on calling them with the name given. They are mostly active during the day time. They have a very organized way of defending their homes. Here you also read about different species of ferrets. 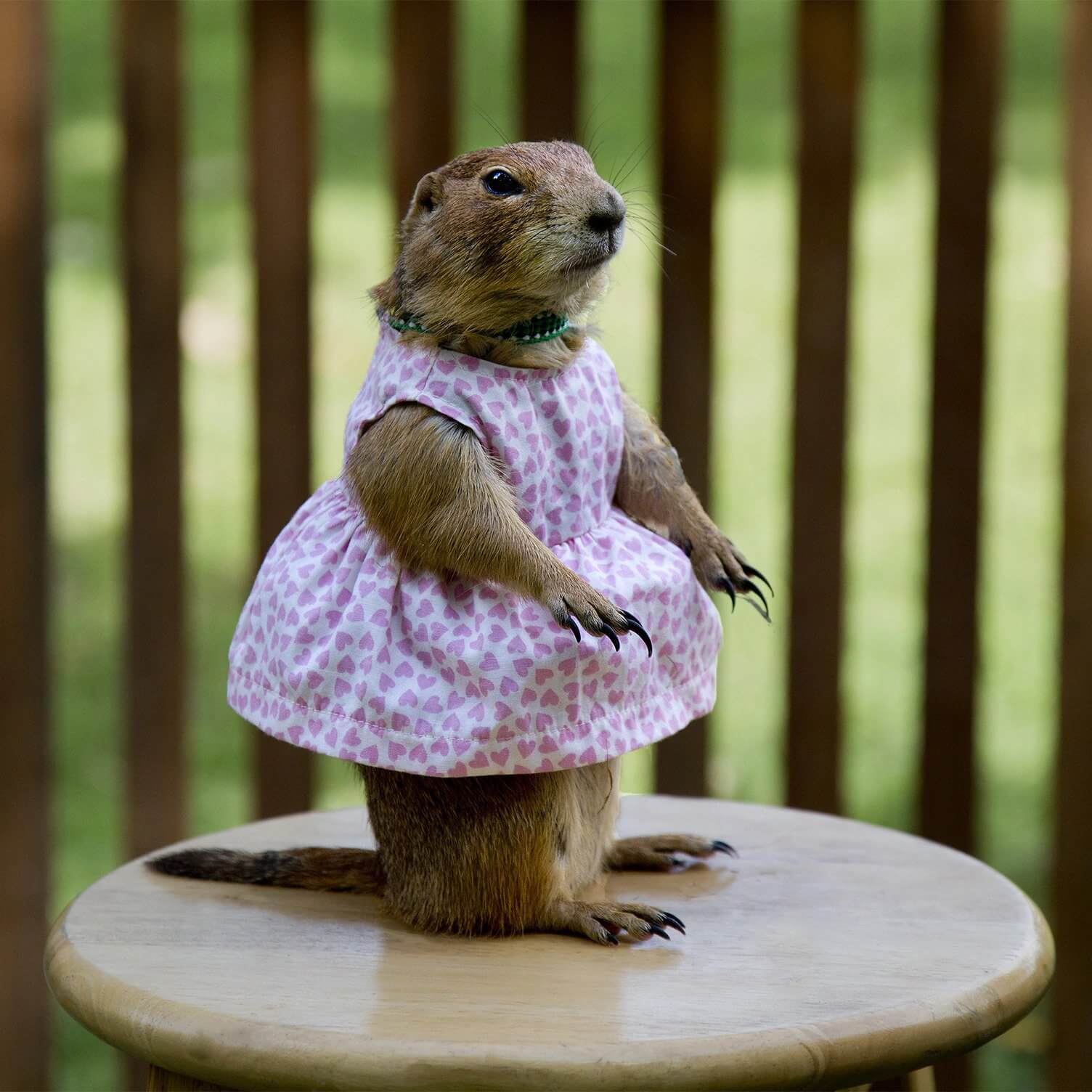 This dog mouse lives in the area with a wide range of temperatures varying from extreme cold to remarkably hot. They are indeed known for the construction of burrows. You can say they are the best architects in constructing burrows.

Their burrow has a complex structure and different rooms designated for litter, eating, sleeping, and nurseries. The prairie burrow is 6 to 10 feet deep with numerous tunnels and entrances. They don’t live alone. They are always with the family consisting of two to four adult males, their respective females (more than four) and young ones. 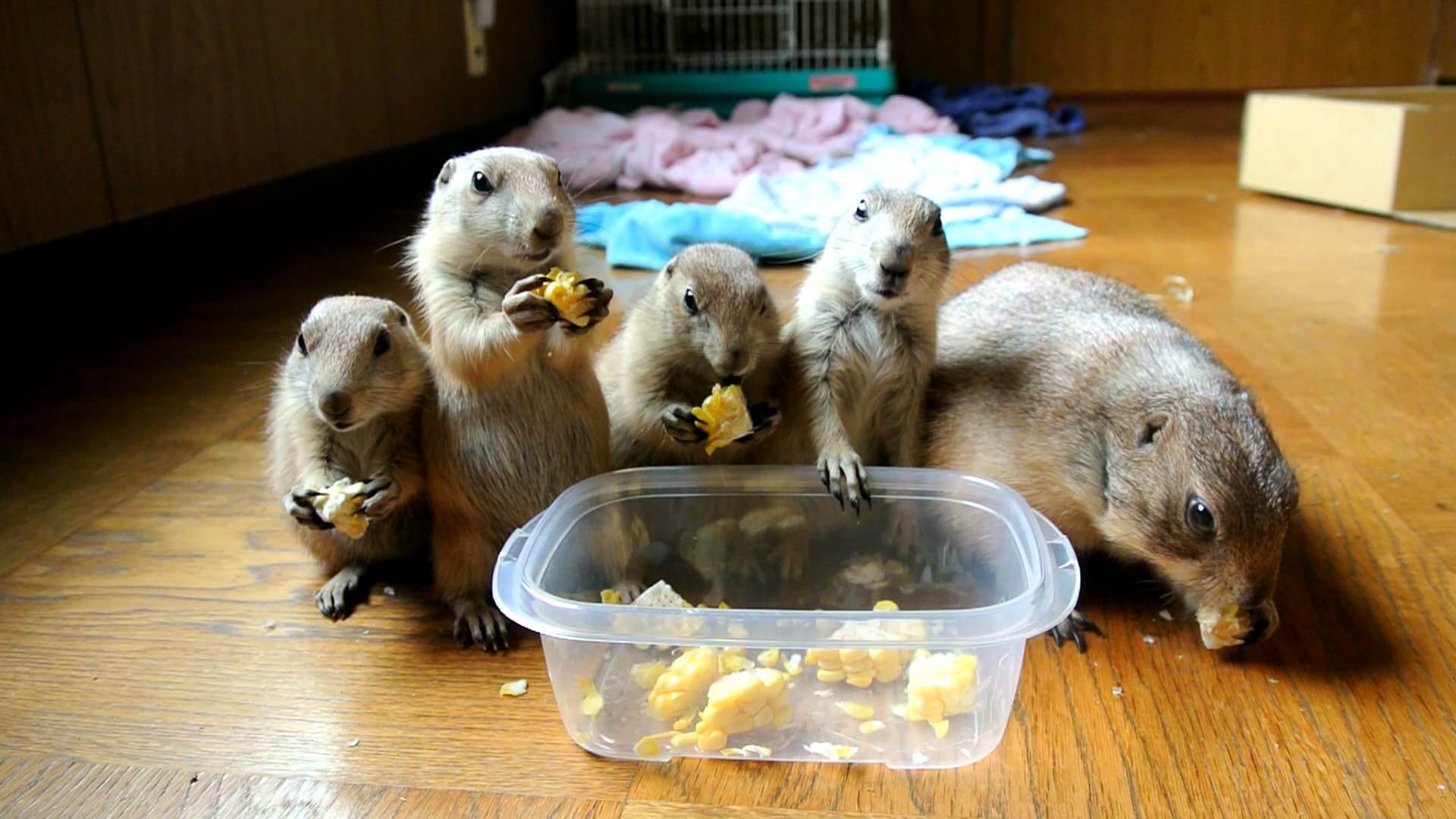 You won’t have to worry much about the food for this exo-pet. They are mostly herbivores and feed only on vegetation. Sometimes they do eat insects, but they get nutrients from water and vegetation only.

It is always said that if you create the same atmosphere as their natural habitat, they will live long and safely. So, provide them with the food they eat in the wilderness, grass hays like timothy on a daily basis.

Don’t ever give them dog food, nuts or food items containing a high-sugar level, they can’t digest it and suffers from obese. Plus they are super active creatures and need enough exercise. Get a large running wheel for them to meet their needs for exercise.

As Prairie dogs are exotic animals, many health issues found in exo-pets are seen in them too, like they are prone to intestinal parasites and heart diseases. Dental issues are common among these barking squirrels.

In dental issues, they are susceptible to the development of odontomas, a benign tooth root tumor. This tumor can be a genetic component, but there are chances of odontoma formation due to the repeated biting of cage bars.

These tumors can meddle in the nasal passage and can result in difficulty breathing. It’s better to consult a veterinarian, who specializes in treating the unique kind of animal (exotic pets). Take yearly health exams, dietary advice and understand the medical problems in detail.

Every year they go through a phase called the rut. That lasts for several months, and you will see the drastic change in the personality and behavior of the prairie dogs. It is noticed that they often get too defensive or aggressive. 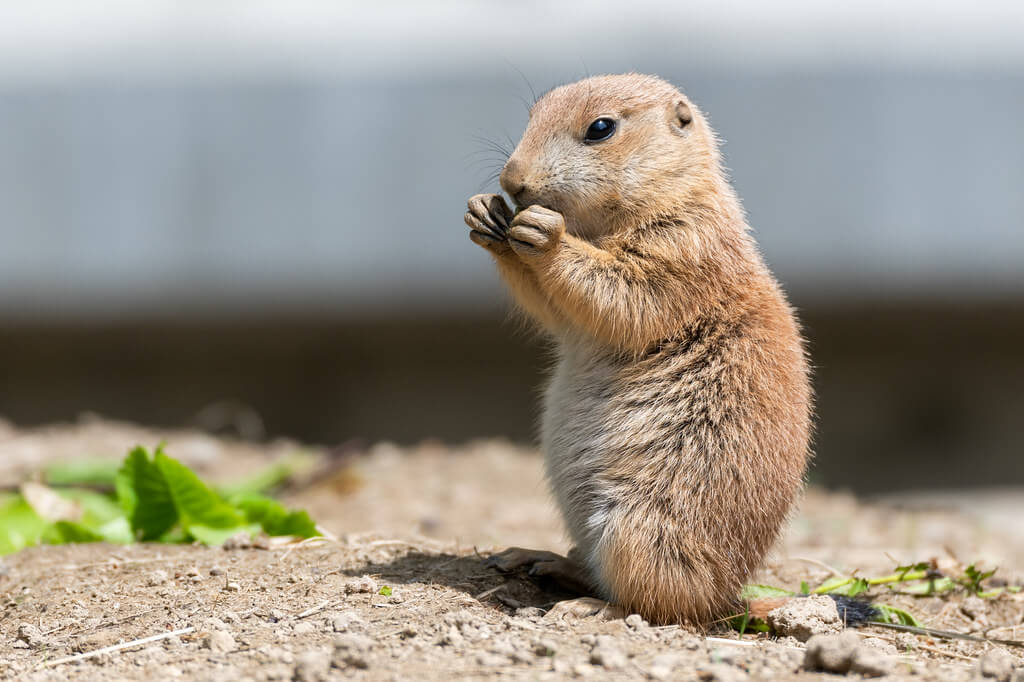 This remarkably awesome and smart pet will win your heart with its jump-yips and other cute stuff. They are self-sufficient in defending themselves but always need attention. They are social creatures and will need your time every day. (Not the whole day but a couple of hours.) You will be able to avoid that if you get them in a group of two to three. And that is recommend. So what are you still looking for? You won’t get much lovable pet. If not as a pet at least visit them once, they will surely inspire you.

Get some information about one of the cutest dog breed Pembroke welsh corgi.

For information on any type of pet, visit Petsnurturing.