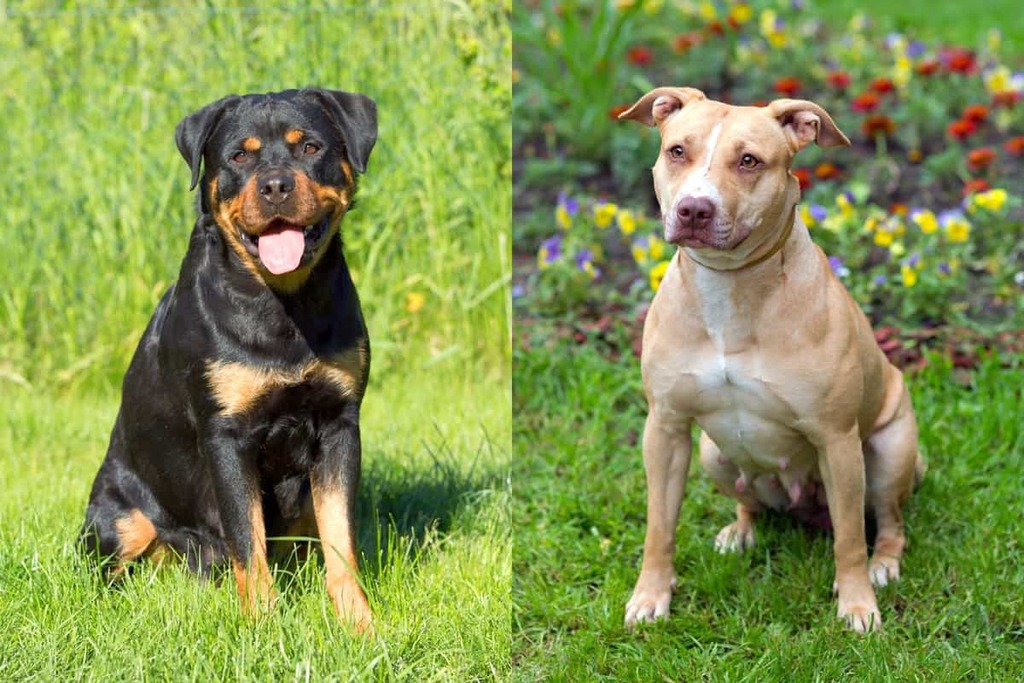 A Pitbull rottweiler mix puppy is a combination of a purebred rottweiler dog and the hybrid dog that is a pitbull. Hence the rottweiler is a designer dog created by intentional breeding.

Rottweiler: Rottweilers are purebreed dogs that were used for herding and guarding of cattles. Their protective, strong, and alert nature made them fit for the role of a guard dog. They are one of the oldest known herding dogs as their origin can trace back to Roman times.

Rottweilers are used even now for rescue and search operations as well as companion dogs.

Pitbull: Pitbull came into existence during the 19th century there was a desire to create a strong breed for blood sports like bear-baiting, bull-baiting, and dogfighting. Terrier dogs were crossed with English bulldogs to create a new designer breed known as the pitbull.

They made perfect fighting dogs. Although now blood sports have been banned in most parts of the world, the reputation of a pitbull is stained by its past usage.

This breed is believed to be dangerous and has many breed restrictions in various places. They are as loving and gentle as any other dog. In fact, after becoming popular as companion dogs they even earn the name ‘Nanny dog’ for being caring and gentle around children.

The pitweilers have been gaining popularity as family dogs for being the hybrid of two powerful and compassionate dogs. The exact period when this breed came into existence is not known. They are listed as dangerous in many countries and banned as a result. It’s difficult to predict the exact looks and behavior of the pitweilers as they are a hybrid and their personality and looks can be a mix or more like one of its parents than the other.

The Appearance of the Rottweiler Pitbull Mix 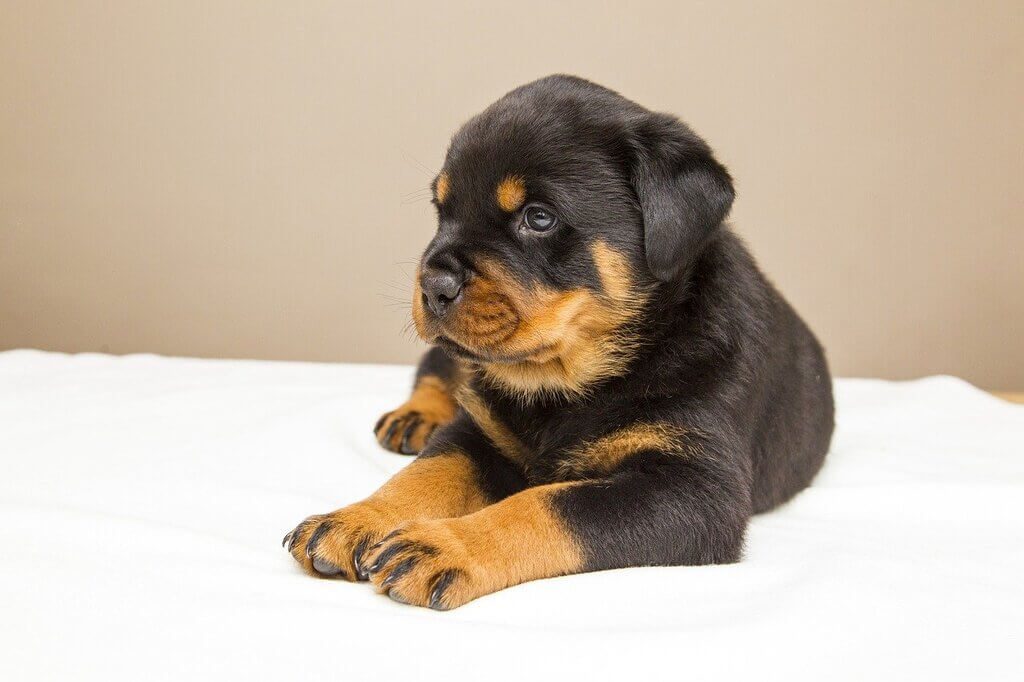 The appearance of rot and pit mix may vary from a perfect mix to more resemblance towards one of the parent breeds, thus it’s not easily predictable. Irrespective of their looks, they are a strong, muscular breed of dogs with a large head and muscular, long legs.

They are a large breed of dogs, standing tall at 17 to 25 inches in height and weighing between 40 to 100 lbs with the males being larger and heavier than females.

Pit rottweiler mixes have a short coat that can either be thick and dense like the rottweiler or light and fine like the pitbull dog. The coat color may vary from black, tan, blue, brown, fawn, or even white. Sometimes they have patches of white on the chest and legs.

Pit and rottweiler mix dogs may have light or dark eyes depending on the inheritance. They have a dark nose with short and floppy ears.

Pitbull rottweiler lab mix is another popular mix wherein the dog has added qualities of a labrador. They are also known as labrottie. Their appearance may have a lot, a little to no resemblance to a labrador depending on the genetics. 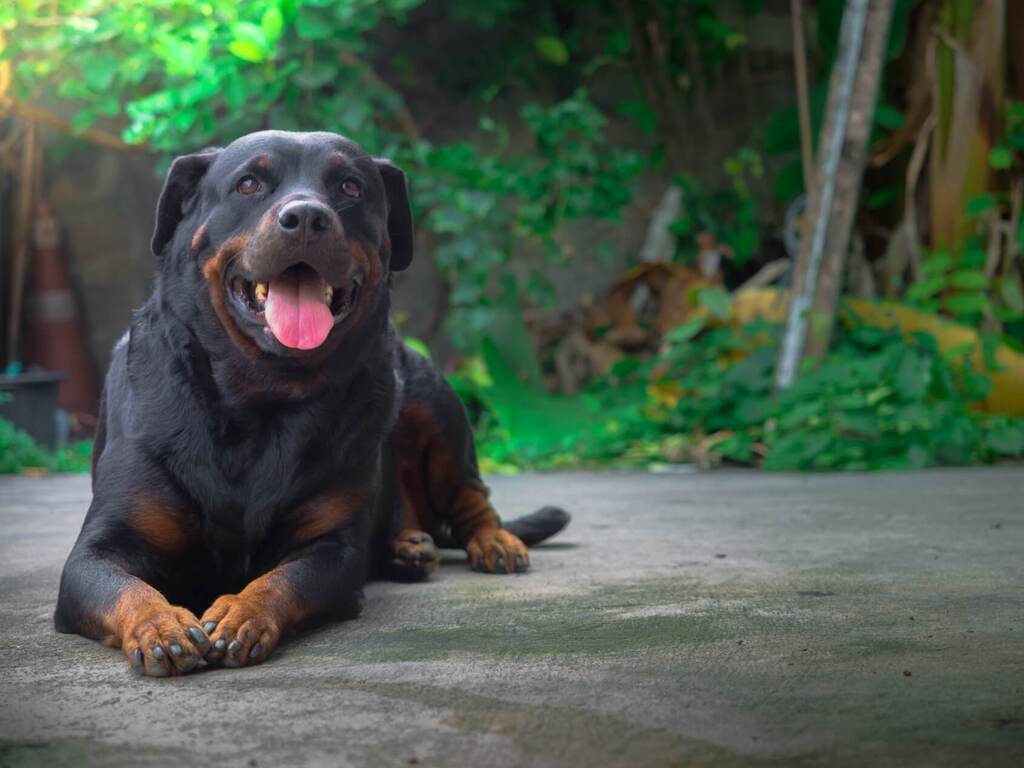 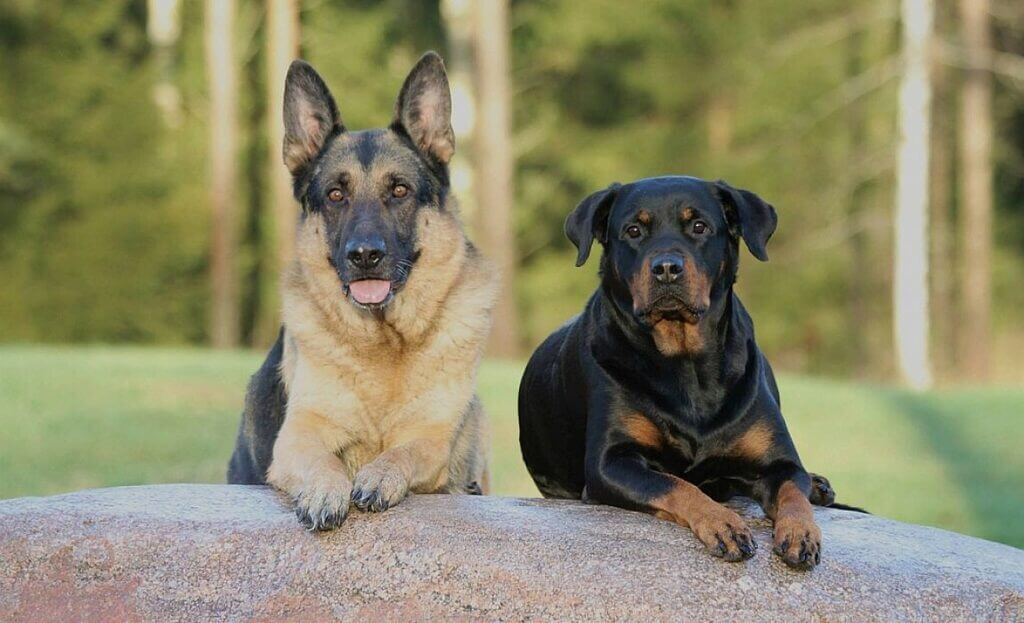 Pitbull and rottweiler mix dogs are energetic, loyal, playful, and protective in nature. These dogs have a lot of energy as well as strength and need daily exercise to be happy and healthy. Any dog with too much pent-up energy and no positive outlet for it, cannot thrive.

They are an intelligent breed of dog who need mental stimulation to stay happy and prevent boredom. You can use interactive toys and puzzle feeders to keep them busy and mentally stimulated. This will prevent behavioral issues in your pittweiler.

These dogs are loyal and close to their immediate family and do not pay much attention to strangers or people who aren’t from their families. They are aloof and indifferent to the people they aren’t close to. They aren’t yappy and will bark only to alert you to something. Their bark is loud and booming.

The rottweiler pitbull mix is independent and does not suffer from separation anxiety. They have a laid-back nature and do not get panicked or anxious easily in unfamiliar situations. If you’re a working couple, out during the day, your rottweiler will be happy to stay back and watch the house.

They prefer being the only child and do best without other pets in the house. If you do have another pet, make sure they are of opposite sexes to avoid conflict as having two males increases the chance of having a conflict. These animals have a prey drive, so if you have a cat, they aren’t the right dogs for you. 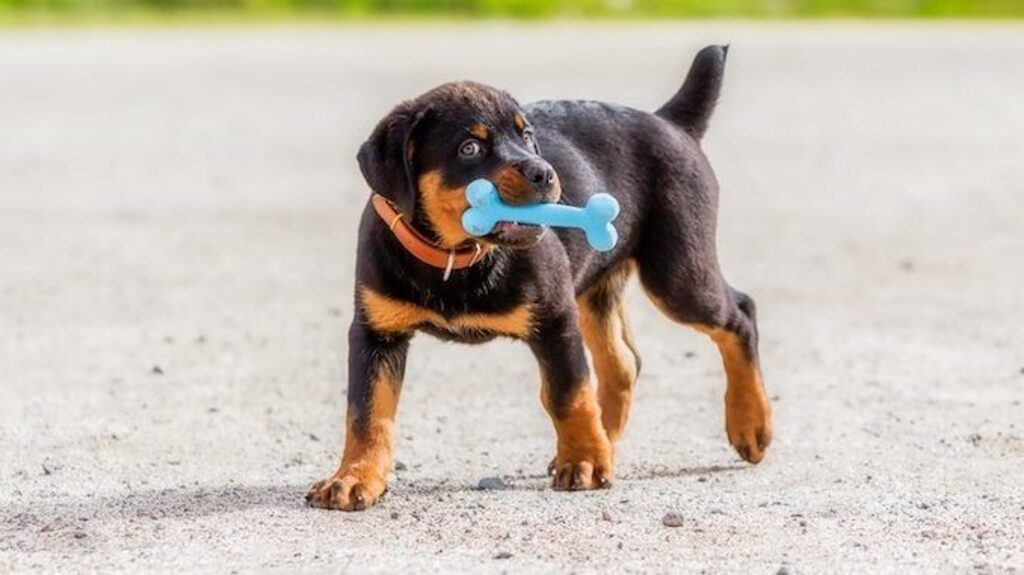 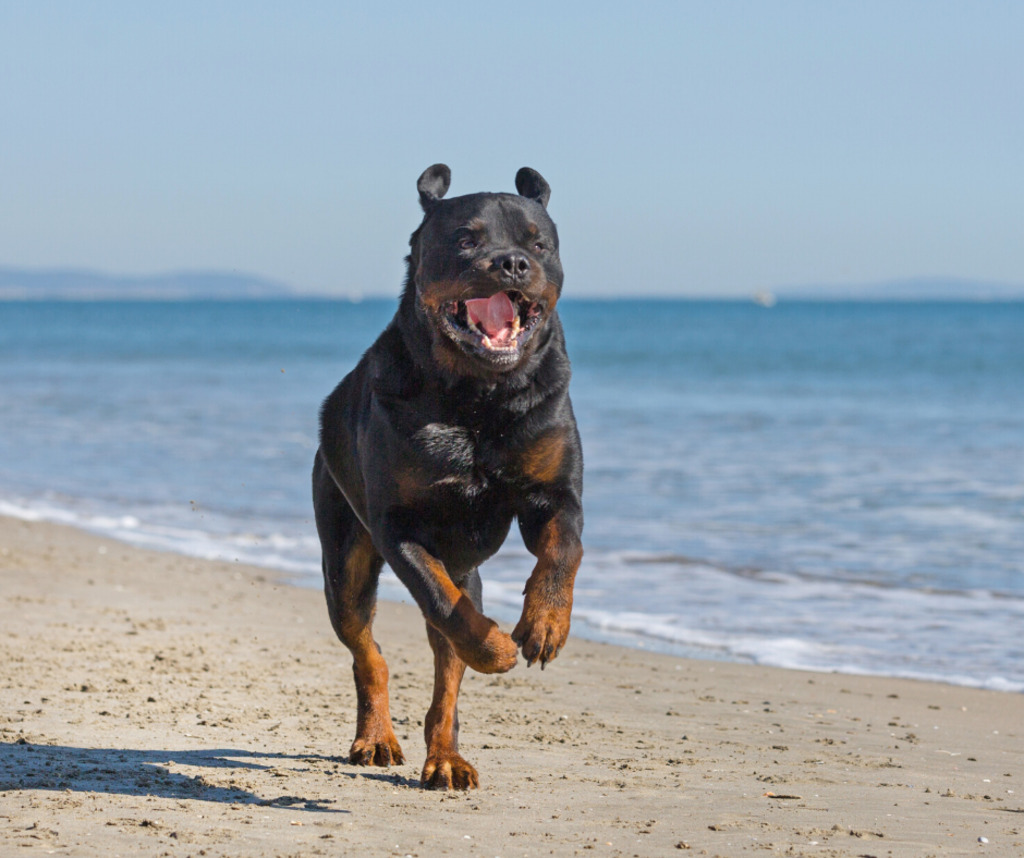 Rottweiler pitbull mix puppies are illegal in some places. Check the legal status before getting one home. The reason behind putting restrictions on the pitbull rottweiler mix puppy is their capability of growing into aggressive and dangerous adults if raised irresponsibly and without proper training and care.

Before you decide to get a pitweiler puppy you have to be 100% sure that you are ready to commit the next 12-15 years to proper care and upbringing of the dog. They are a strong and large breed of dogs that require a lot of physical activity as well as mental stimulation.

If you aren’t ready to commit to their training, they or any dog for a matter of fact isn’t the right choice for you.

Never buy rottweiler pitbull puppies from a puppy mill as puppies brought up in bad environments are more prone to behavioral issues. Also, consider adopting a puppy before deciding to buy one. 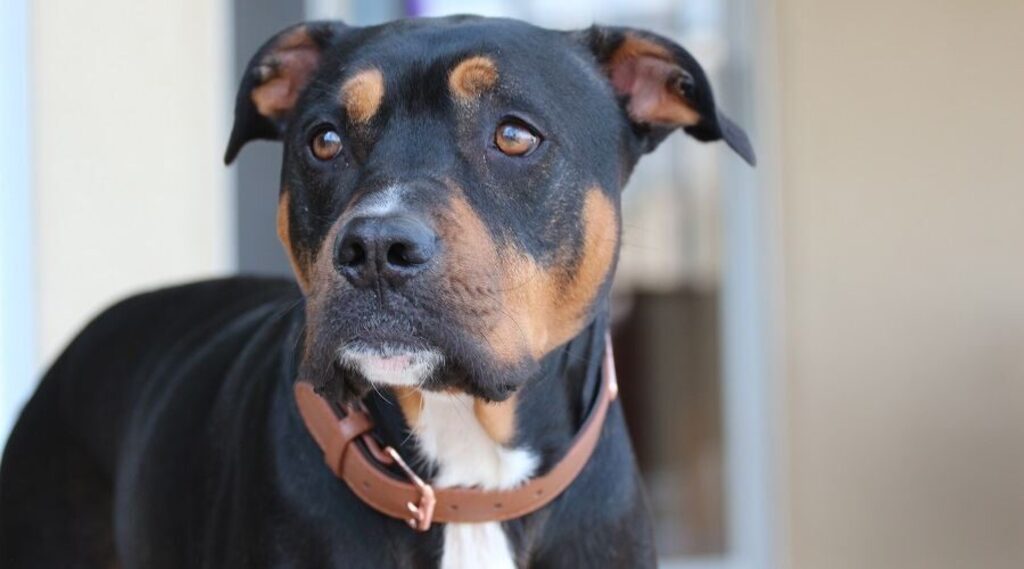 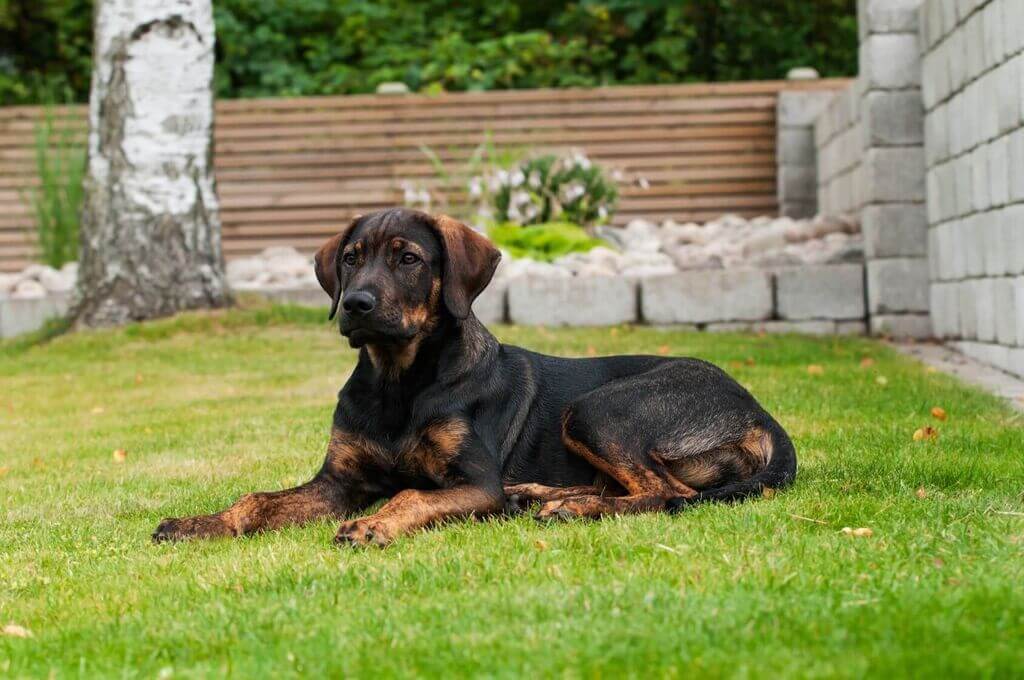 A rottweiler pit mix puppy’s price ranges from 150$ to 800$. Prices can vary based on factors like location, quality of breeding, the pedigree of the puppy, and many more.

Never buy a rottweiler pitbull mix puppy from a puppy mill, always ask the breeder to show you the breeding place, parents of the puppy, and place where the dogs are kept. If the breeder hesitates or disagrees with any of these demands, it’s a big no. Buy from a reputed and ethical breeder to avoid health and behavior issues in your pitbull rottweiler puppy.

Think of the pitbull rottweiler mix puppy’s price as a one-time investment and the first step to getting a good quality dog. 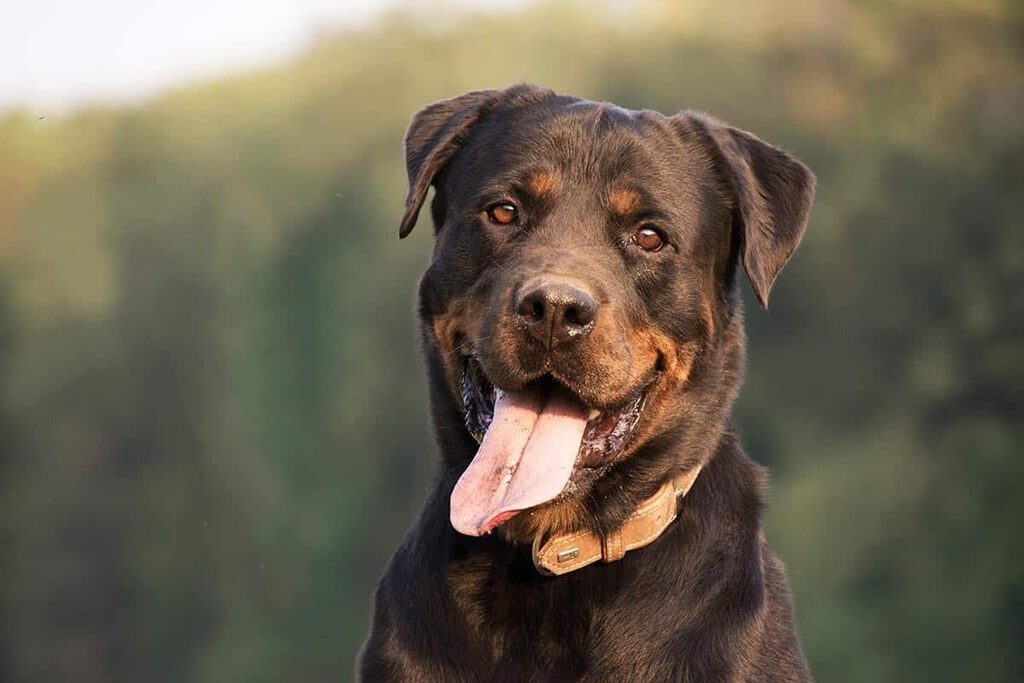 The pit and rot mix is a short-haired breed with very low grooming needs. Brushing them once or twice a week more than suffices. They need to bathe monthly or only when they decide to roll in something nasty. Only use dog-friendly products on your dog.

Brushing their teeth regularly is important as the pearly whites are the most neglective aspects of dogs’ wellbeing and later on, cause serious illnesses stemming from periodontal and gum disease. You can use plaque off the powder, dental chews, or simply brush their teeth daily using a dog-friendly paste.

Cleaning their ears and eyes is equally important along with trimming their nails regularly. Get your dog used to grooming since they are a puppy to get them used to the process. Praise and reward them during the process to create a positive association. 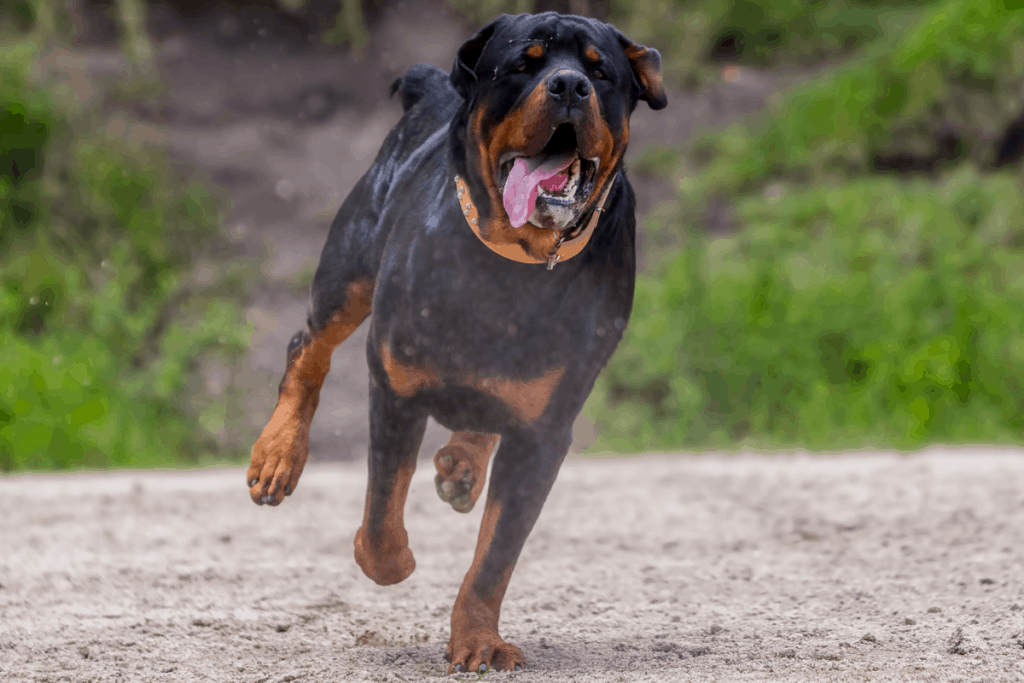 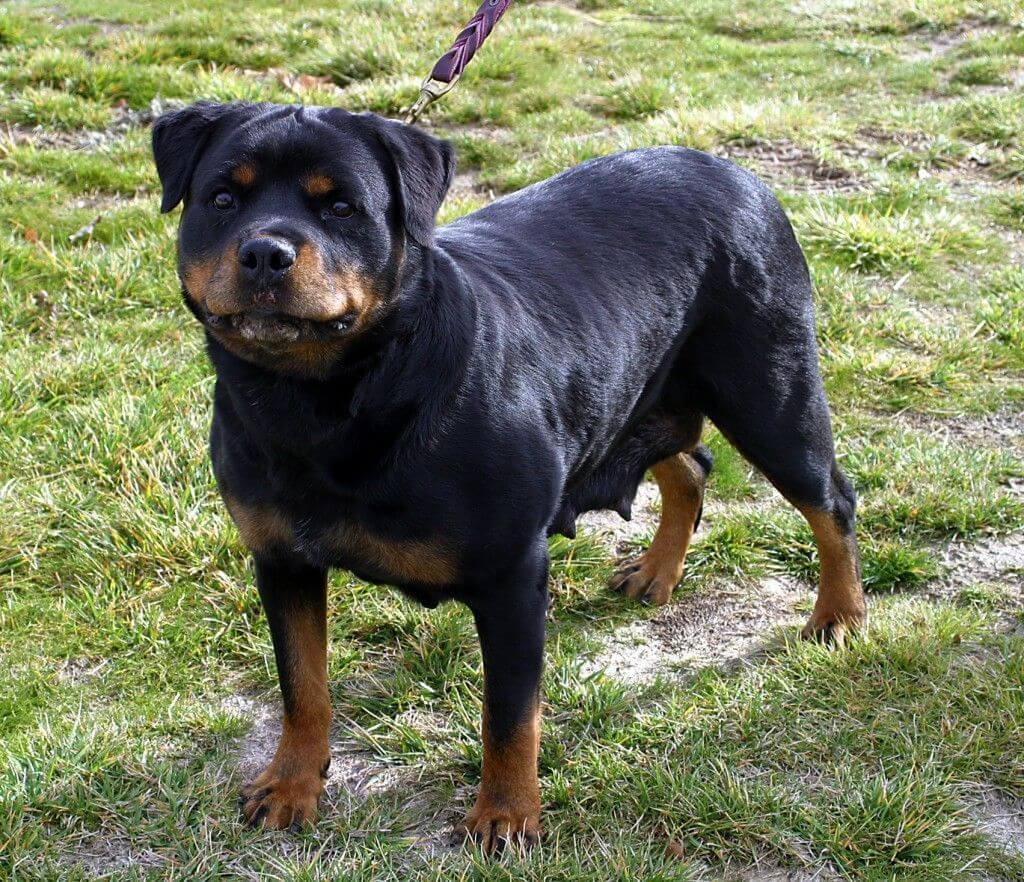 Being a large and heavy breed of dogs with a lot of energy to dispense, the rottweiler pitbull mixes need a daily exercise of at least an hour to ninety minutes in the form of regular walks, a game of fetch, swimming or anything that they love to do, which tires them out.

They are not suitable for apartment life as they need space to run around and stay happy. These dogs need proper training and socialization from a young age to bring out the best in them.

Positive reinforcement works best when training these babies and they pick up quickly as they are quite intelligent breeds of dogs. Punishment or fear should never use when training them as these behaviors tend to make the dogs fearful and aggressive.

Socialize them with both humans as well as dogs to bring out their best behavior around people and other pets. 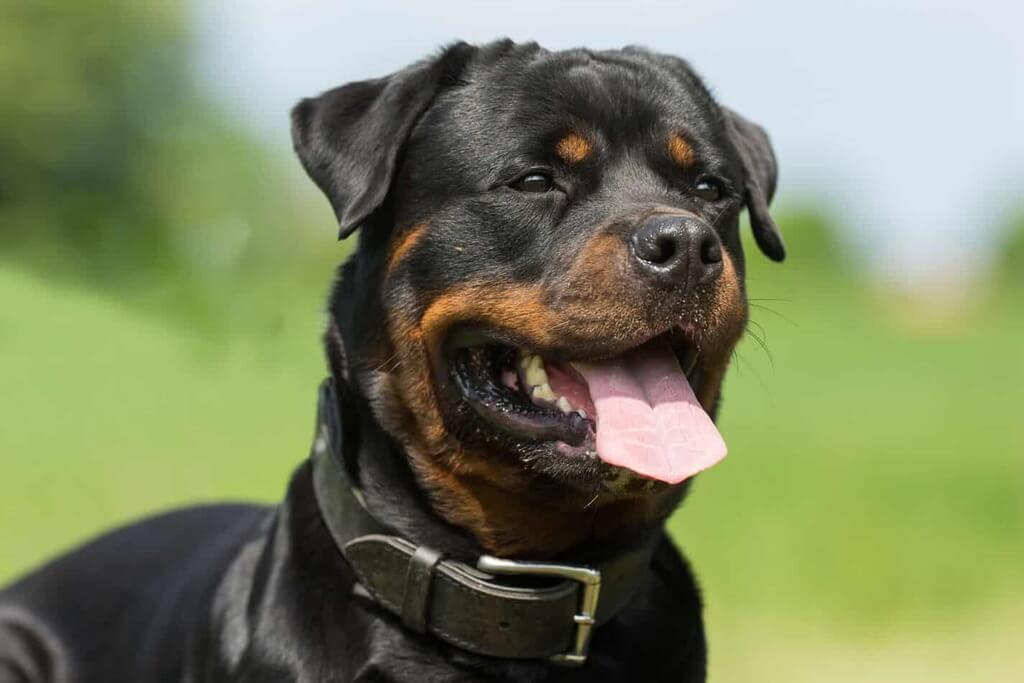 Dry kibble of a reputed brand is the best-recommended diet when fed according to the quantity stated on the pack. If you prefer giving your dog a home-cooked meal, refer your veterinarian to get a properly formulated and balanced diet for your dog to give them all-around nutrition.

Fact:
Irrespective of any stigma attached to Rottweilers, Pitbulls, or their mixes, these dogs are perfectly normal, just like any other breed of dogs. They are sweet, caring, gentle, affectionate, and loyal like any other dog and would love and protect you more than their own life.

If you can fulfill all their needs, you don’t have to think twice before getting a pitweiler as they’ll only add happiness to your life.