We all have dreamt to have a loyal, faithful dog as a pet in our house which can energetically play around with us and also stay loving and loyal. Well, today we will be going to inform you about one of the most famous boxer lab mix cross-breed dogs.

In the modern-day era, we have always thought to adopt a dog that can have such qualities and be joyful. Boxer-lab mix, popularly known as “Boxadors” are nothing but the cross-breeding result of two famous breeds, Boxers and Labradors, and hence, are also called Boxer labs.

While the former is very energetic, joyful, and exciting, the latter is loving and loyal. The cross-breeding of them results in Boxadors. Let us all get familiar with what Boxadors are and what characteristics they display.

What is a Boxador or Boxer Lab Mix? 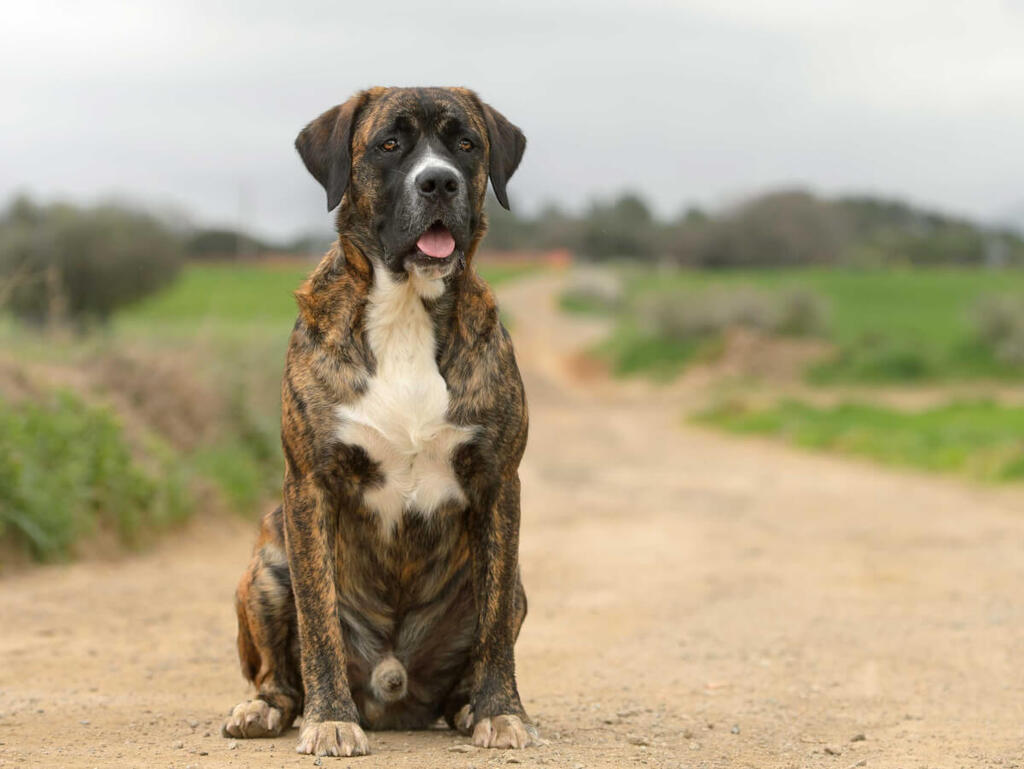 Well, Boxador is the hybrid of Boxers as well as Labrador Retrievers. Boxador is a very famous breed, all due to their parents being the top priority in adopting in many nations. While the Labradors are very loving and social, the Boxers are athletic and always are on their feet to play games.

It is also noted that if you want to adopt a Boxador just because you previously had one, it may be possible that the next one may not possess the same behavior as the previous one. That’s one aspect of the cross-breeding task. Concluding their behavior and traits, Boxador is a medium to a large-size dog breed who is very loyal and energetic, active to participate in games, and would love to run in the house. 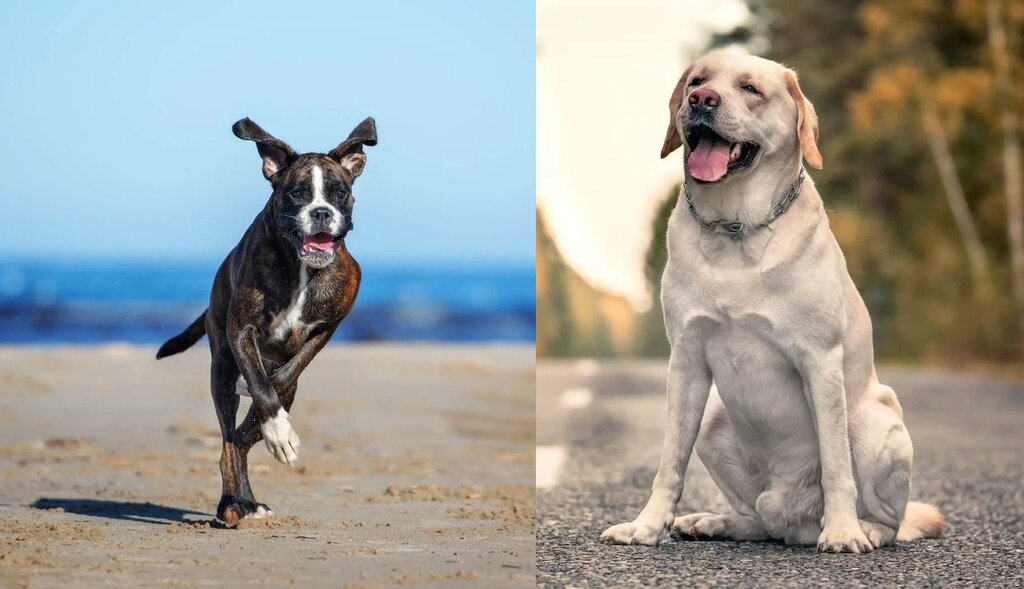 Well, interesting to note that during cross-breeding of dogs, it is quite difficult to predict the height of the dogs, in this case, we can assume that they won’t be too small. Both of their parents’ weights are good and are nominal in size, which acquires as a trait. Boxadors usually are around 65 centimeters tall and weigh around 80 lbs. This makes them quite strong. 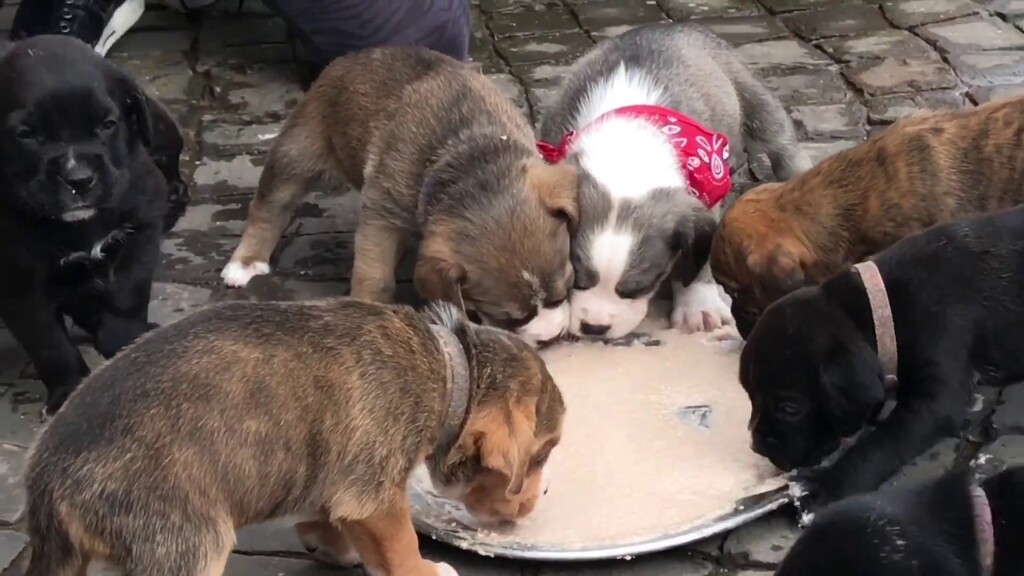 Boxador comes in a variety of colors such as Black, Brown, Tan, or White. The most common of them is the Brindle one, which occurs due to the parents having a mixed color. 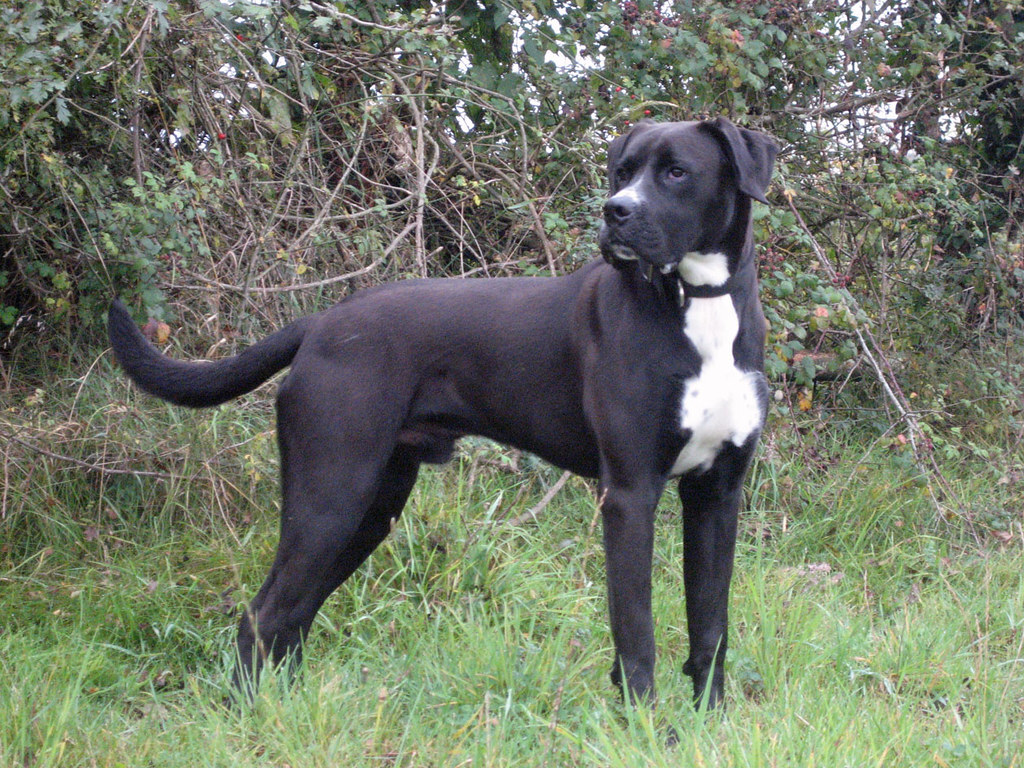 While the boxadors, as we know, are very happy due to their genetics, and hence, they are very fond and happiest with humans. They love being around with them, playing and running with them, and also guarding them at times. Note that Boxadors are very energetic due to their genetics, so they require an optimal amount of exercise and running. You can also play the game of throwing the ball and the dog will retrieve, popularly known as “Fetch the Ball”.

It is important to know that Boxadors love the older children, and typically will run after the smaller ones. As they are quite big, they accidentally knock over the child which can result in an unwanted outcome. As they are very genetically exciting, they often run hastily towards small children. Hence, it is suggested that you must keep an eye on your young children and supervise them at times.

Boxadors are naturally very protective and would love to be the guardians of the house. Though, this can be changed in their nature by taking their care during the puppy stage and ensuring their complete cooperation around any stranger. 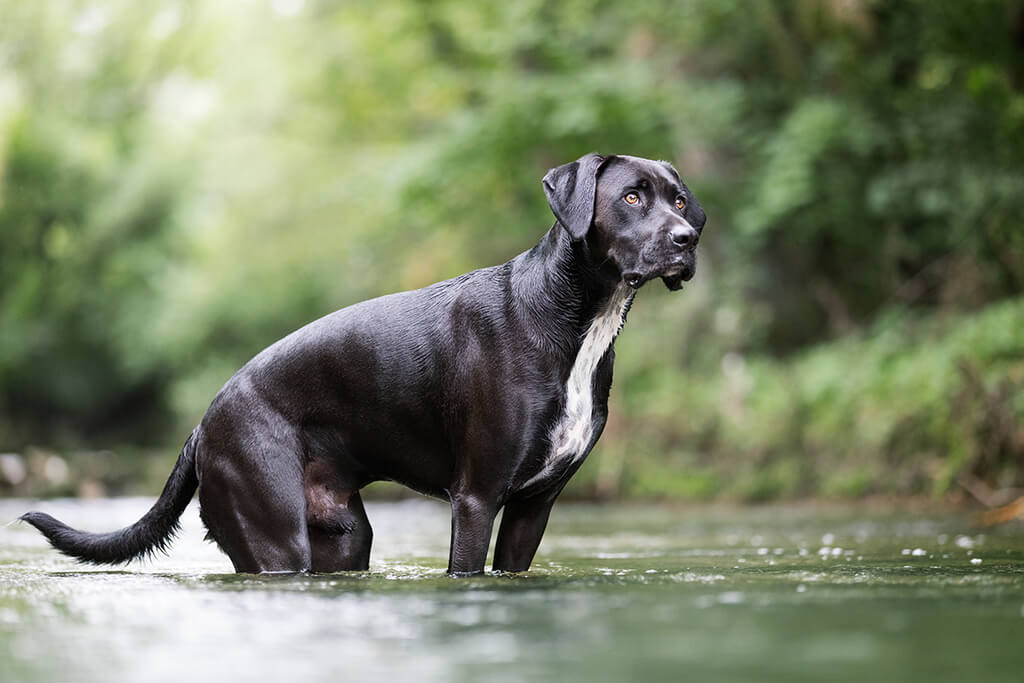 Boxador is very famous to be loving and kind and is always eager to work well for their master. Boxador also mixes with other dogs well, if they are treated in that way during the puppy stage. When they are a puppy, you can let them go around with other dogs and let them bond. It is important to note that to let your puppy be joyful and playful with other dogs, you have to nurture them from the beginning.

Make them socialize with other ones from a very young age. Boxadors who are trained from a very young age, are fed positively, and are taken care of in a great manner, result in a very loving and caring dog. They often show feelings in their eyes and are always around us during the need.

Boxadors are also used as sniffing dogs, or as messenger dogs. Previously during World War 1, they were often used for such purposes. These traits come from their parent, Labradors, who are also famous for sniffing traits, while their other parent, Boxer, often looks like a messenger. 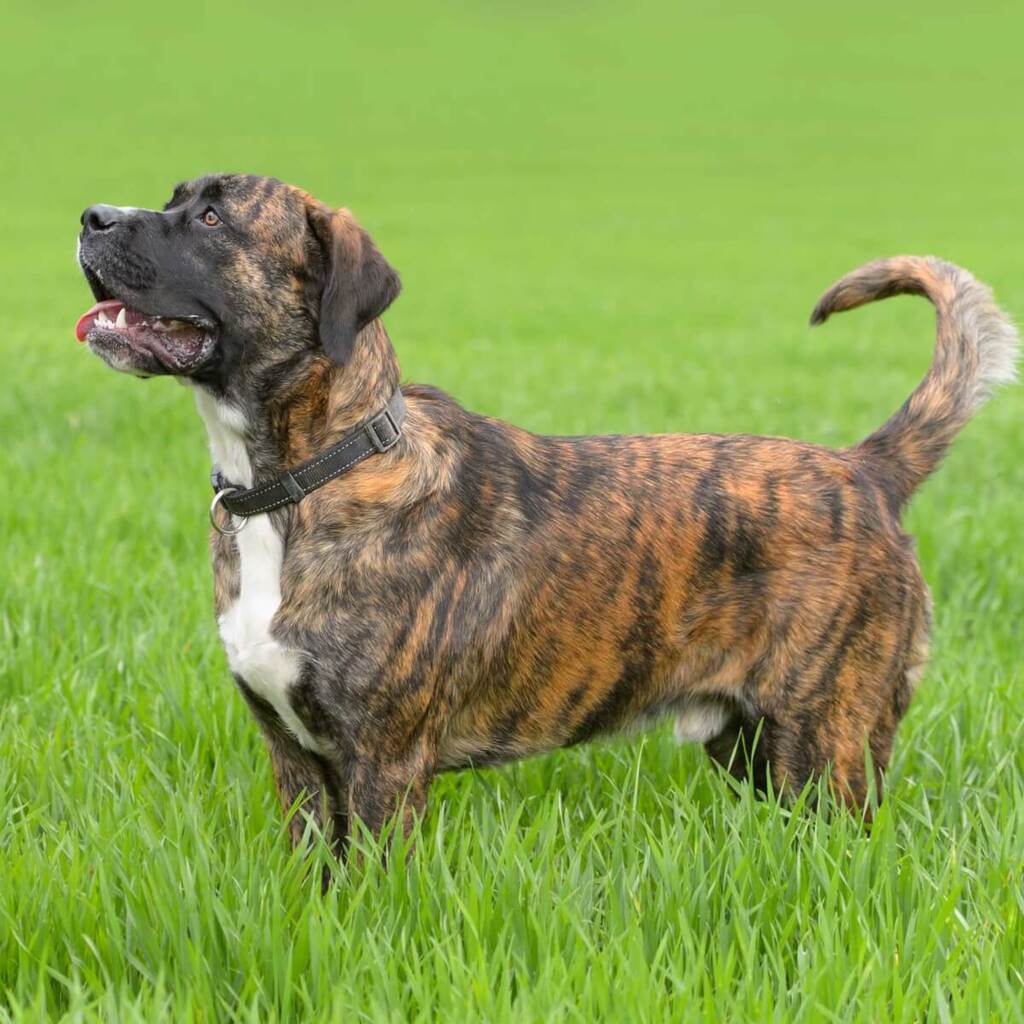 Boxador typically has smooth and soft hair, in small amounts, which is quite easy to take care of and sheds very little. This can be seen in the boxadors having more traits of their Boxer parent.

If you visualize more traits of Labrador in your pet, then you would have to deal with more shedding. Though it can be taken care of by regular grooming, and often occurs seasonal, you need to take a little bit of care. One of the famous breeds is Brindle Labrador which is very famous due to its white shiny markings. 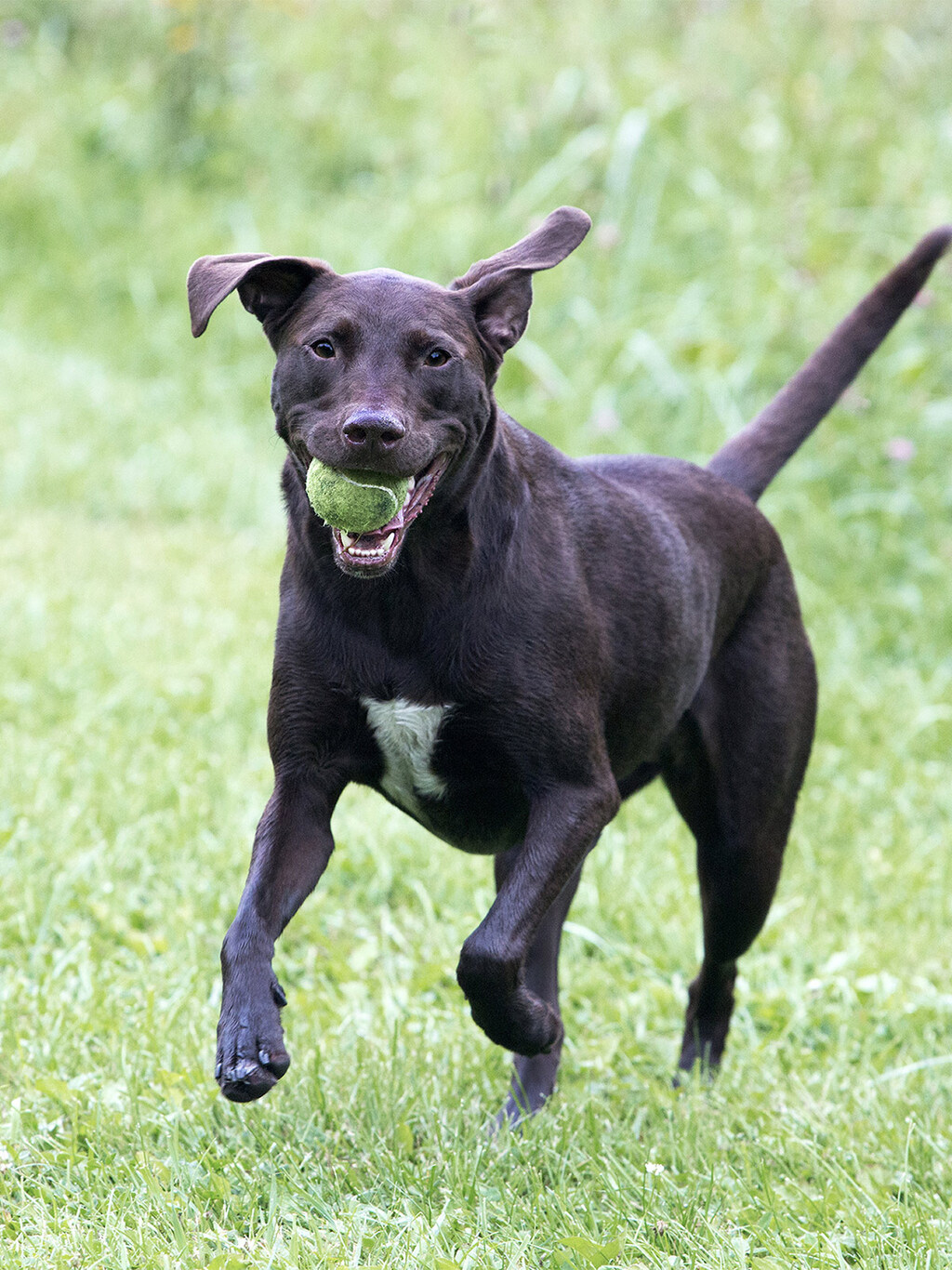 As boxers live around 9-10 years while the Labrador lives around 11-12 years, we can assume that the lifespan of a Boxador will range from 9 to 12 years. It is even considered that the cross-breed variety of dogs often has a longer lifespan compared to the normal one but yet there is no scientific evidence or anything for the same. Hence, 9-12 is considered as the ideal range of lifespan for a Boxador. 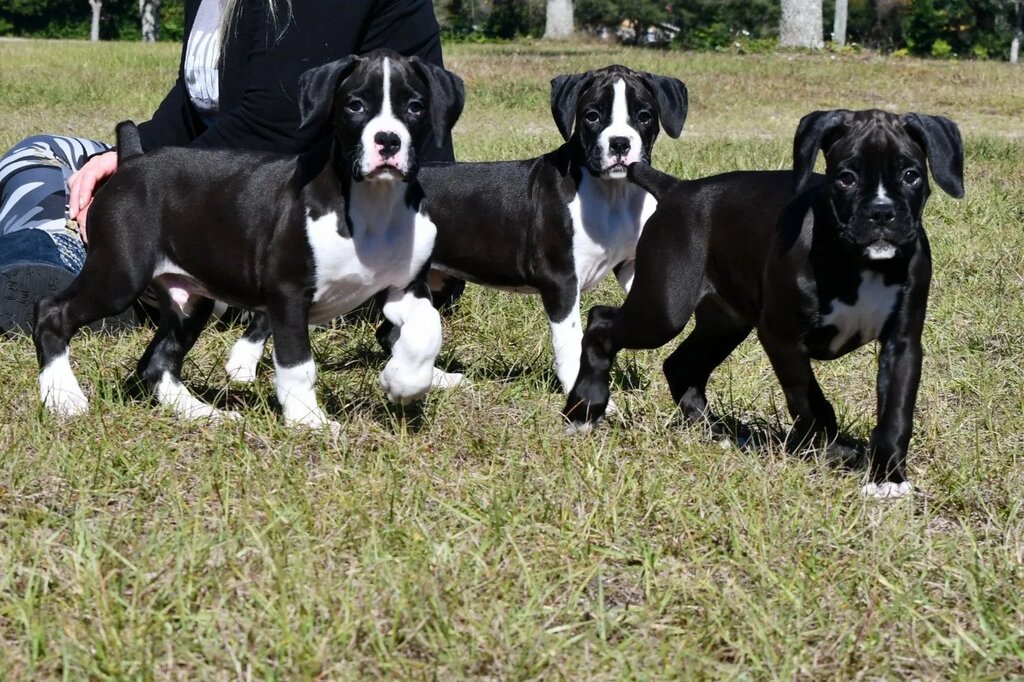 Just as for every other dog, for Boxadors too, it is advisable to bring the puppy home after 8 weeks. A breeder having good knowledge will inform you about the boxadors personality, traits, size, weight, and other characteristics. It is suggesting that you socialize your boxador gradually.

Expose them to other people, surroundings, other dogs, playing items. Boxadors are very intelligent and hence, you can train them as per your need from the beginning only. A positive response from your side and in favor of them will result in a beautiful bond between you and the dog that will last for eternity. 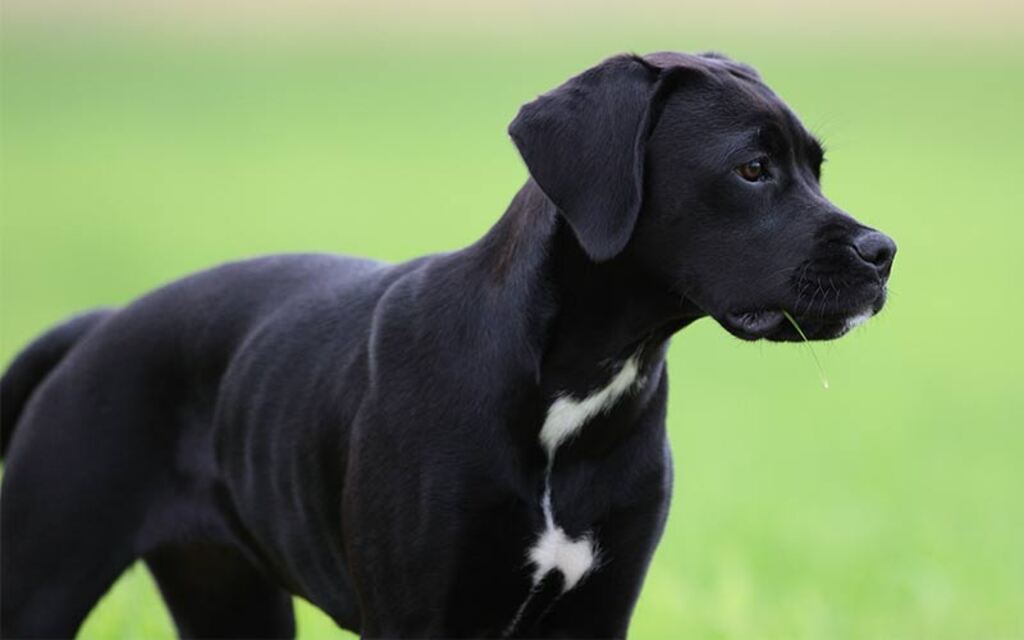 It is always preferable to adopt a dog from an animal health-care house or the home of the puppy. You should avoid picking one from the pet store or any such kind of shop. Many breeders have mixed dogs but their ultimate aim is to make money, irrespective of any proper documentation about the dog.

A good breeder who takes the utmost care of their breeds will have every legal document and health certificate for the dog. The breeder also should screen the parent dogs for any disease which may acquire by the boxer. Another thing you can even try is to just take to the vet after a certain period. You can take him to the nearest vet for a complete check-up of the puppy.

This way you can ensure the puppy is completely safe and is not susceptible to any rare disease.

Is The Boxer Lab Mix The Right One For You? 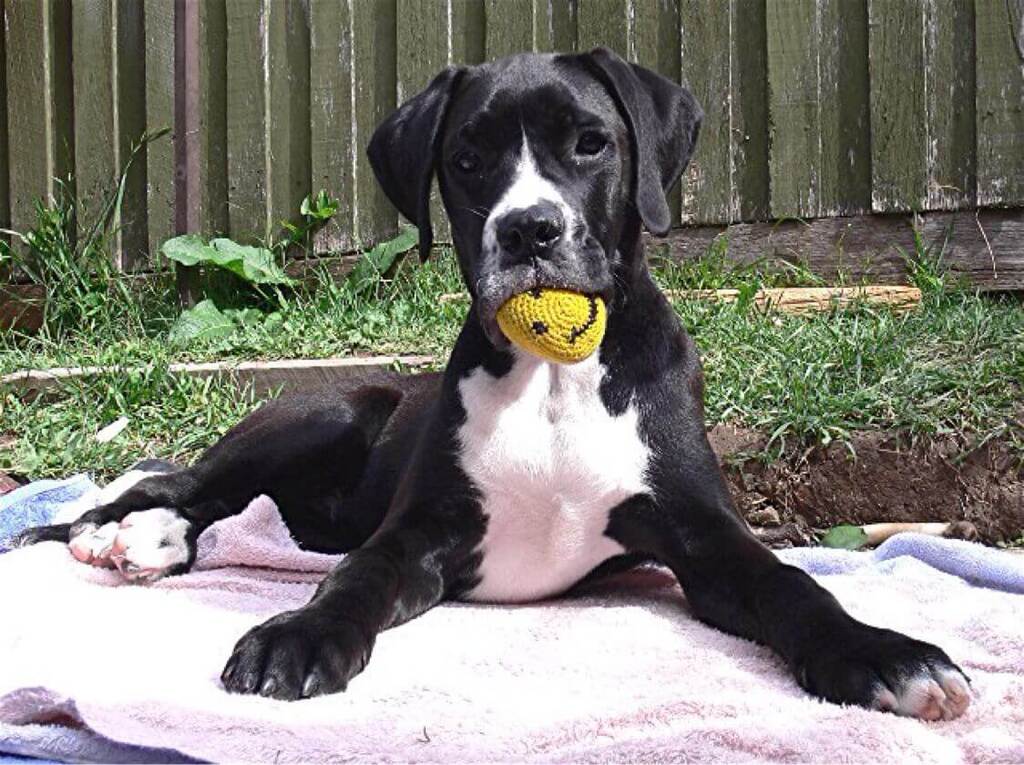 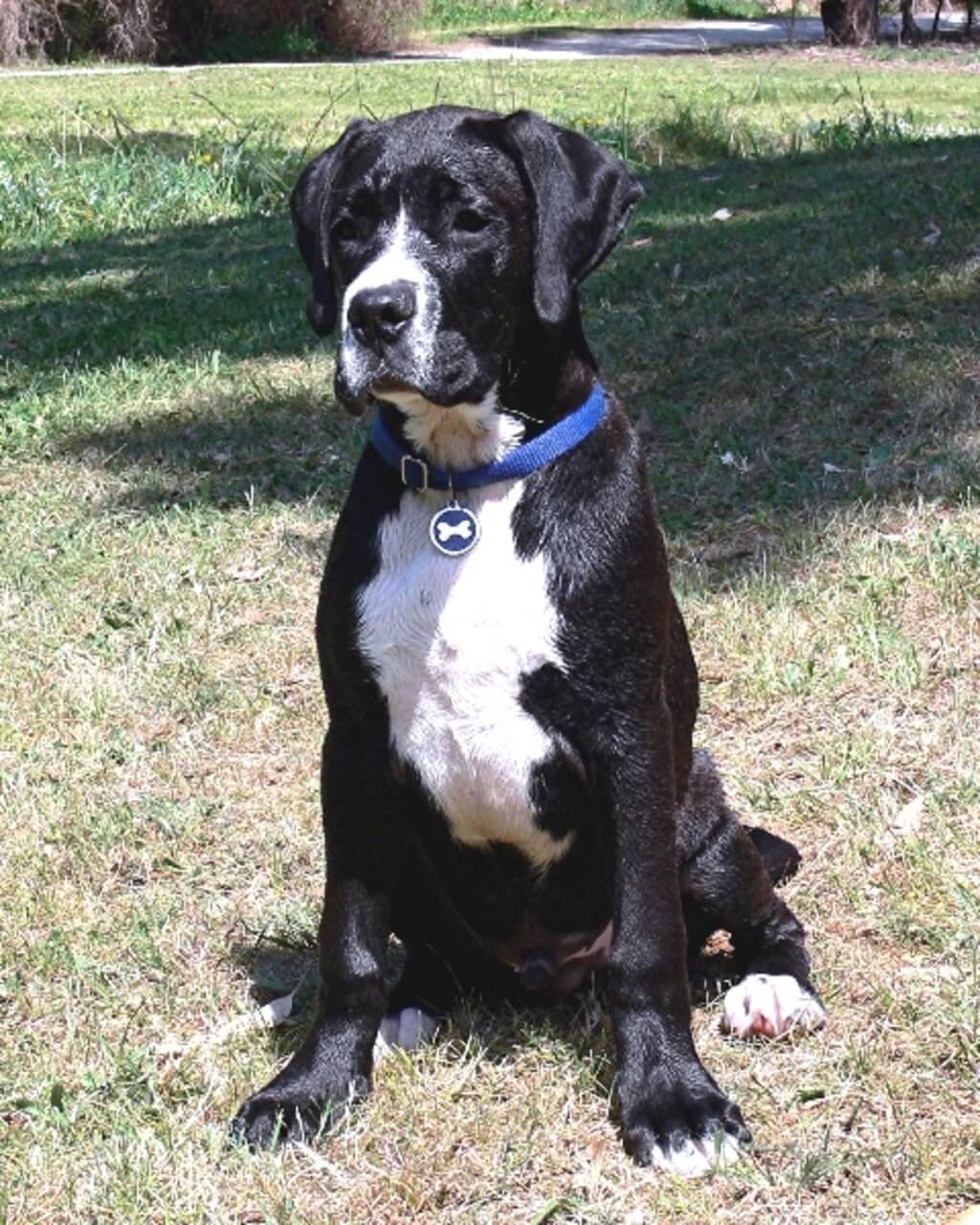 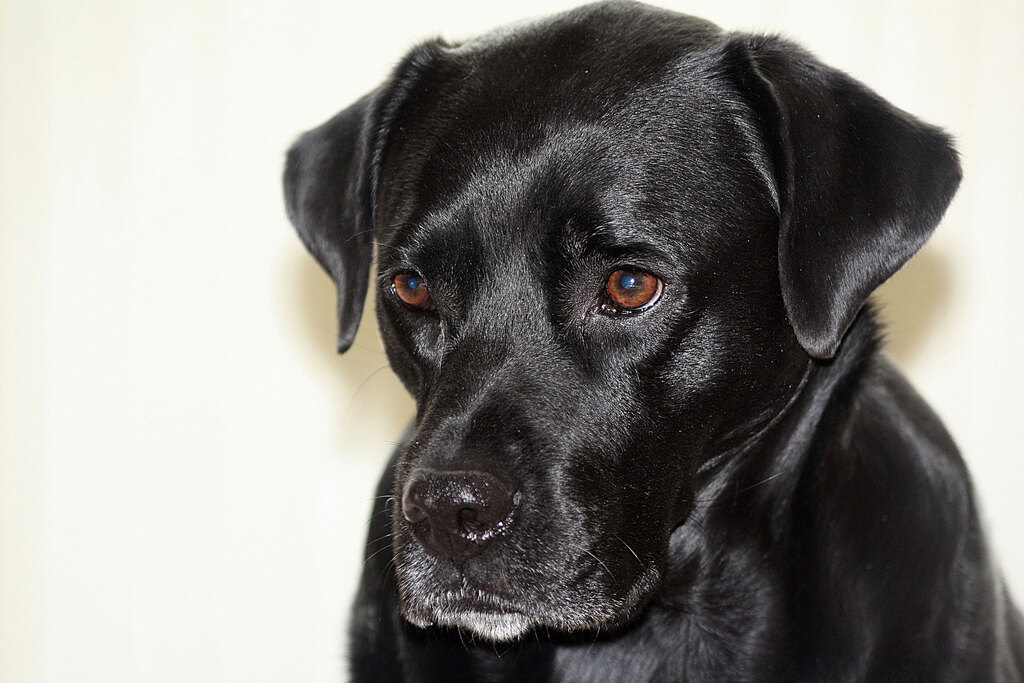 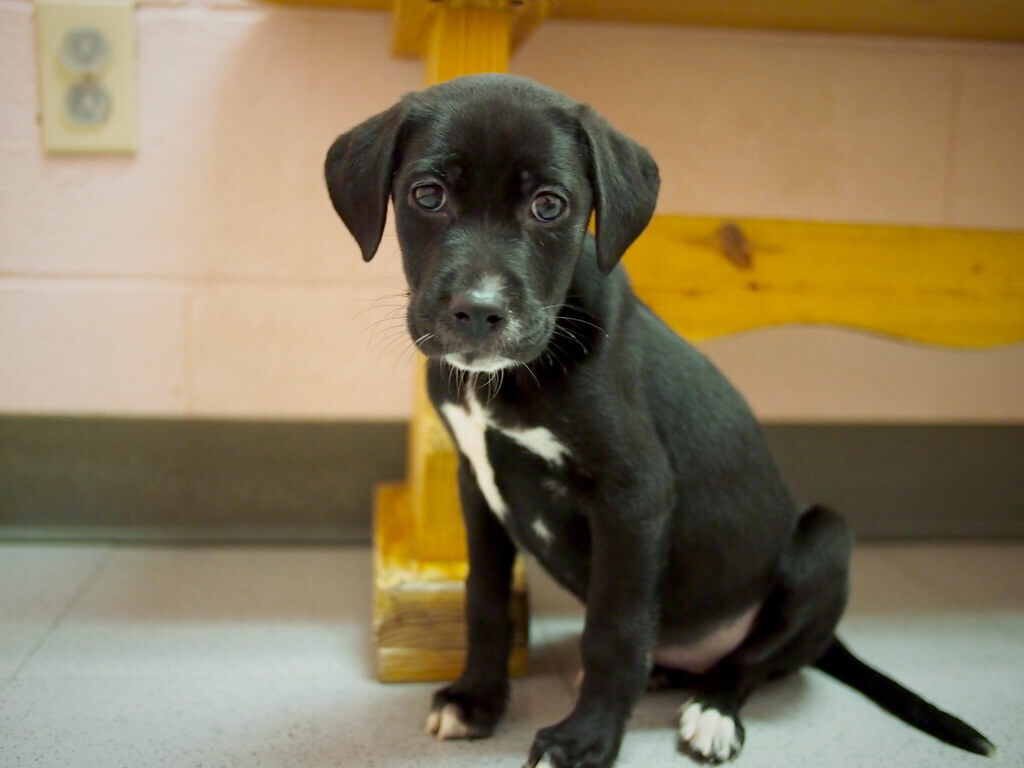 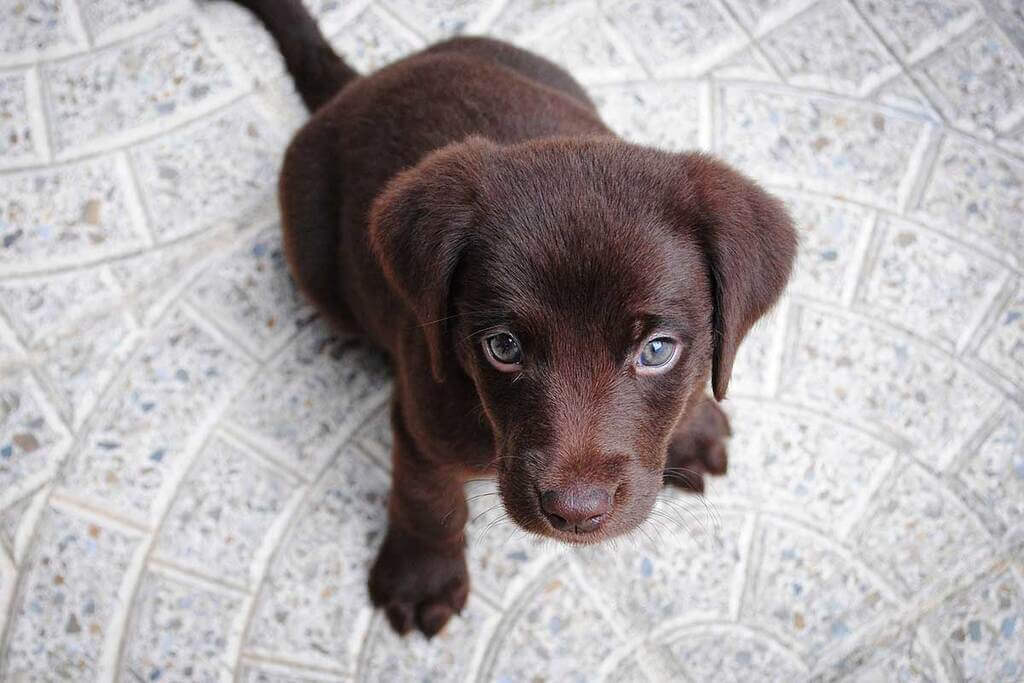 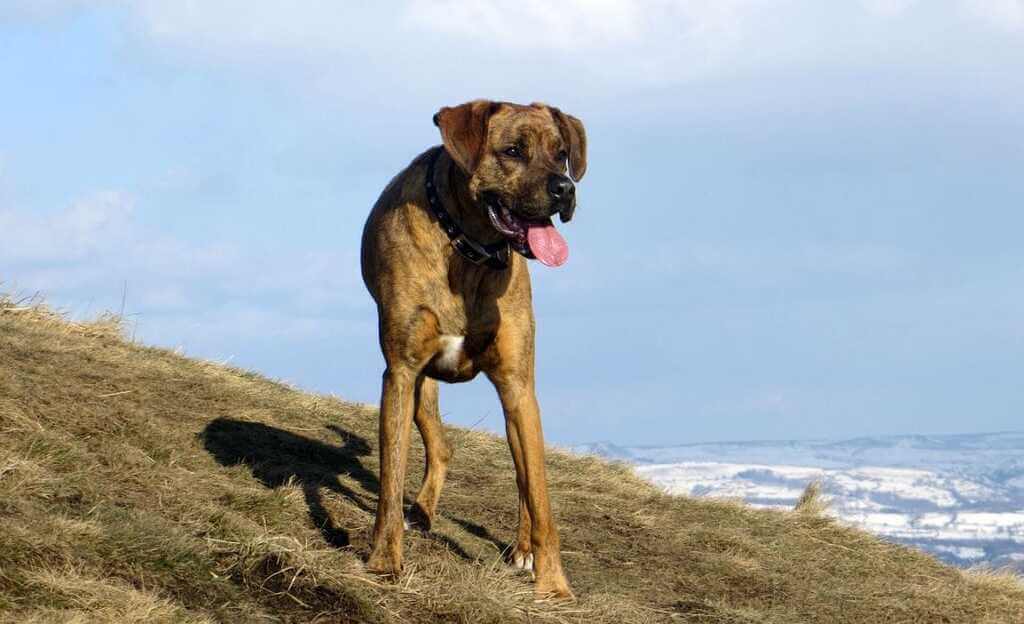 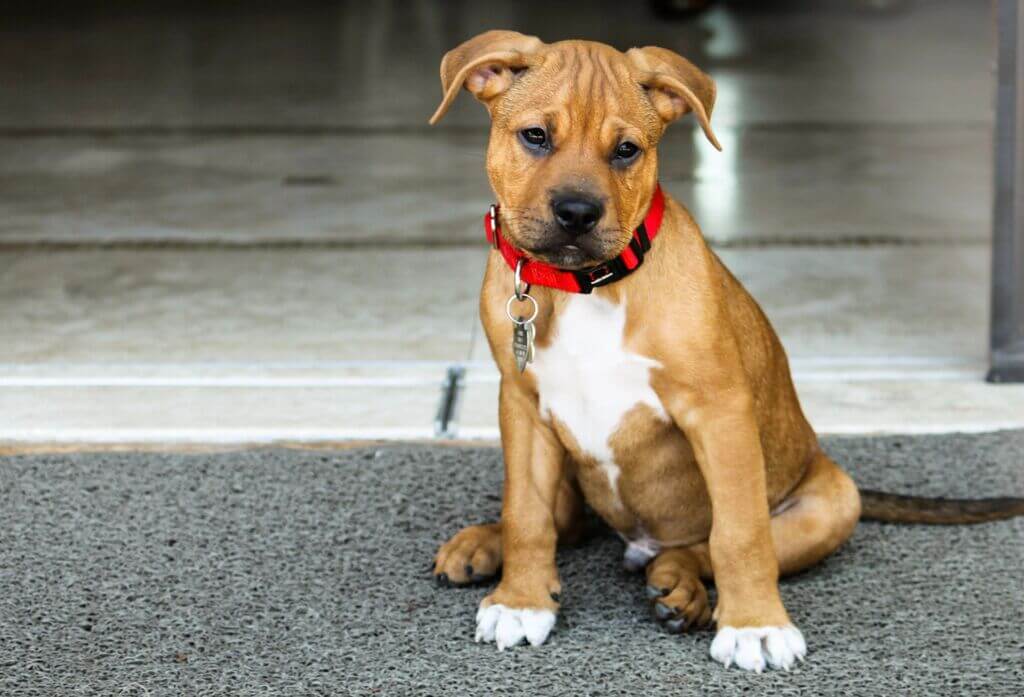 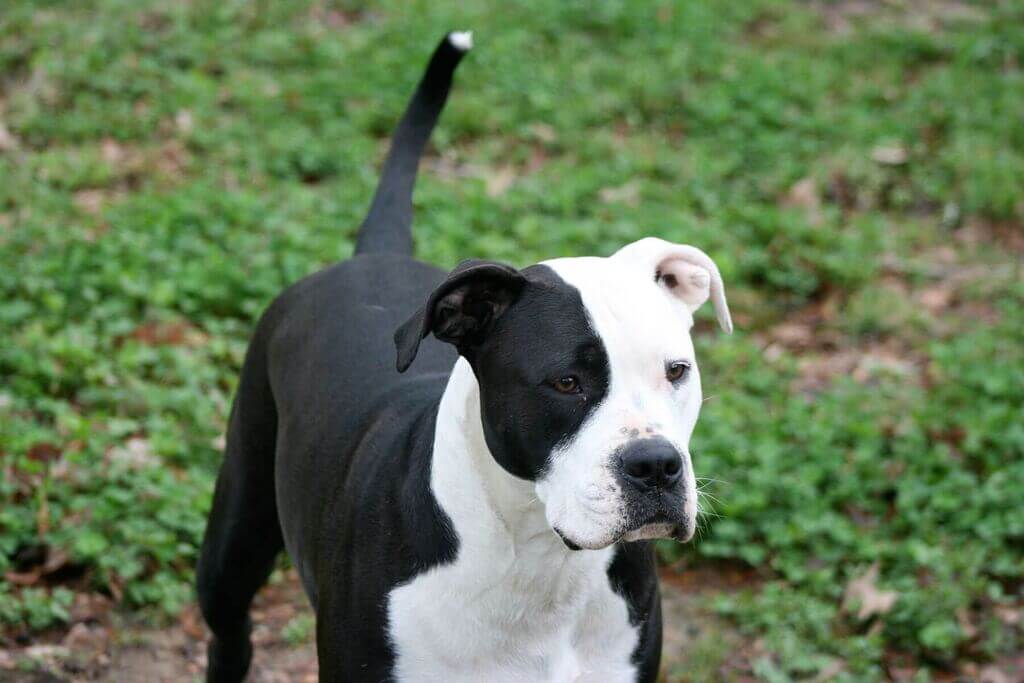 Well, this is solely up to you. Boxador is quite a big-heart dog. The more you give to them, the more favor they will do in return. Boxadors are great family dogs. They are very excited to play with the members and will run and jump all day long. As they are exciting very much, they require a lot of exercises. If you can not stay around with them and let them exercise then this breed is not for you.

These breeds do not want to stay left out. They do not want to stay limited to a particular place. Hence, if you are not able to give them some space, they are not of your type. Moreover, they are quite huge, and hence, it is natural for them to occupy more space, and due to high energetic hormones, they want to exercise and play most of the time. Sometimes, if they do not provide particular sections for exercises and to play, they show disruptive behavior such as scratching or biting.

If you are having a very active family, then this type of dog is for you. They will stay up all day and play with you and will also come to sit in your lap, despite them being heavy. They will return the love and care you give to them in terms of honesty, loyalty, joyful nature. That is why most active family members can afford the dogs to exercise and give them plenty of space to opt for Boxador.

This was all about the Boxer lab mix. This type of breed is very famous despite it being a crossbreed product. Many families who are quite active and energetic opt for this Boxer lab. Boxadors often are very famous for being energetic and loving. They acquire both good traits of their parent, Labrador as well as Boxers. We hope you like this lab boxer mix, and will adopt them from a qualified person, and not just buy for the sake of having a pet!

For more information on the breed, pet care, or products, visit PetsNurturing.