You may have heard about the animals mentioned above as pets, but have you ever read or heard about having a fox as a pet?

Yes, videos of owners playing with their pet fox in their yard are viral on various social media platforms. Have you seen those videos?

These days the most common wild fox as a pet is the Canadian marble fox!

I know it sounds weird and crazy to some people, but these foxes are cute and adorable! And certainly not as wild as their name sounds!

Do you want to know more about these wild animals? Or are you one of those pet owners who want to try to domesticate wild animals instead of usual household companions?

Whether you want to show off a Canadian marble fox as your pet or just for your personal satisfaction, keep reading this blog. Because we don’t judge, we provide complete information!

Today in this blog, we will tell you every detail about the Canadian marble fox. From their appearance, origin to their appearance, exercise, and training. We’re also going to explain their diet plan and grooming tips so that you can keep your pet healthy and happy for a long time!

So, let’s get started.

Overview: What Is a Canadian Marble Fox?

Also known as Arctic Marble Fox, a Canadian Marble Fox is actually not a naturally occurring species. They’re the result of breeding the red and silver foxes together purposefully by humans.

These marble foxes are popularly known for their white fur accentuated with grayish-black or brownish color. Apart from this, their pointy muzzle and furry tail make them unique even though it is pretty similar to their other cousins but in a bit small form.

Many people get confused about its name, Canadian Marble Fox.

The words “Canadian” and “marble” in their name represent the geographic location where they thrive and their fur coloring, which is marble-like. This species is a bit similar to the other Arctic Fox varieties.

Here’s the basic summary/scientific Classification of the Canadian Marble Fox: 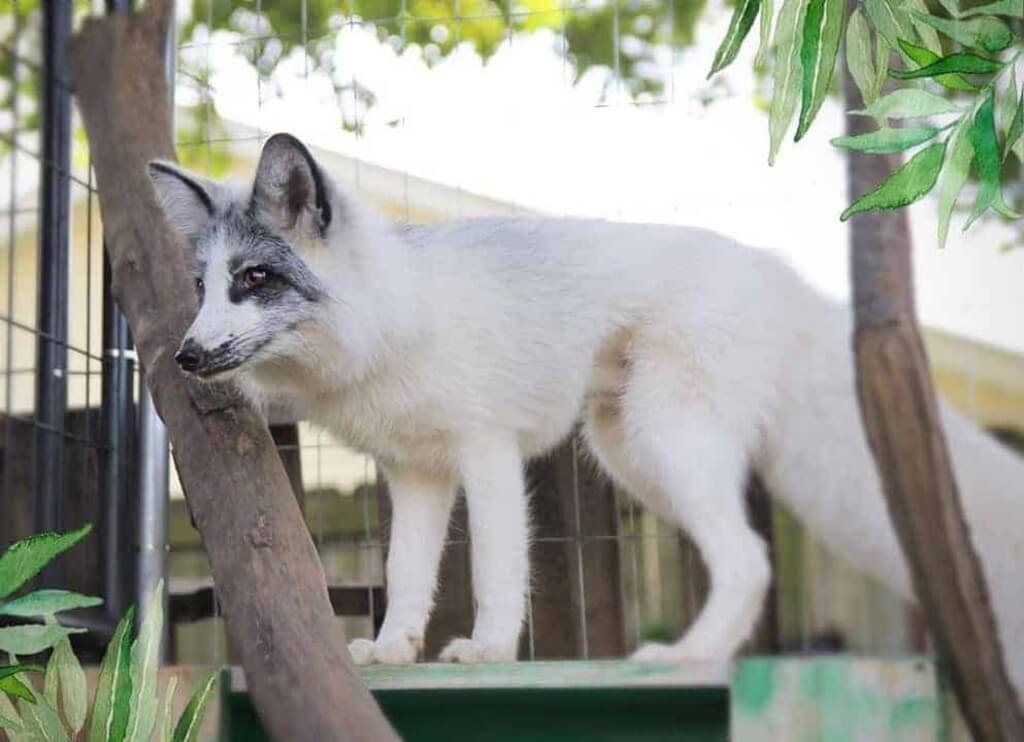 You already know why these animals are famous, right?

If not, look at the above picture again!

They have thick, gorgeous, coveted fur, which makes them look as cute as cats.

These foxes have a white fur or coat with delicate streaks of gray, black, or tan that is artistically woven throughout.

They also have the same black markings inside their perky little ears. There are also symmetrical dark markings on their eyebrows and eyes, making them look phantom-looking or seem like they’re wearing old-fashioned burglar masks.

And because of all these features, many people believe that they’re mythological creatures! What do you think?

When it comes to height and weight, a slight difference can be seen between male and female ones. However, both are significantly smaller than other fox varieties.

Here is how much Canadian Marble Foxes get when fully grown: 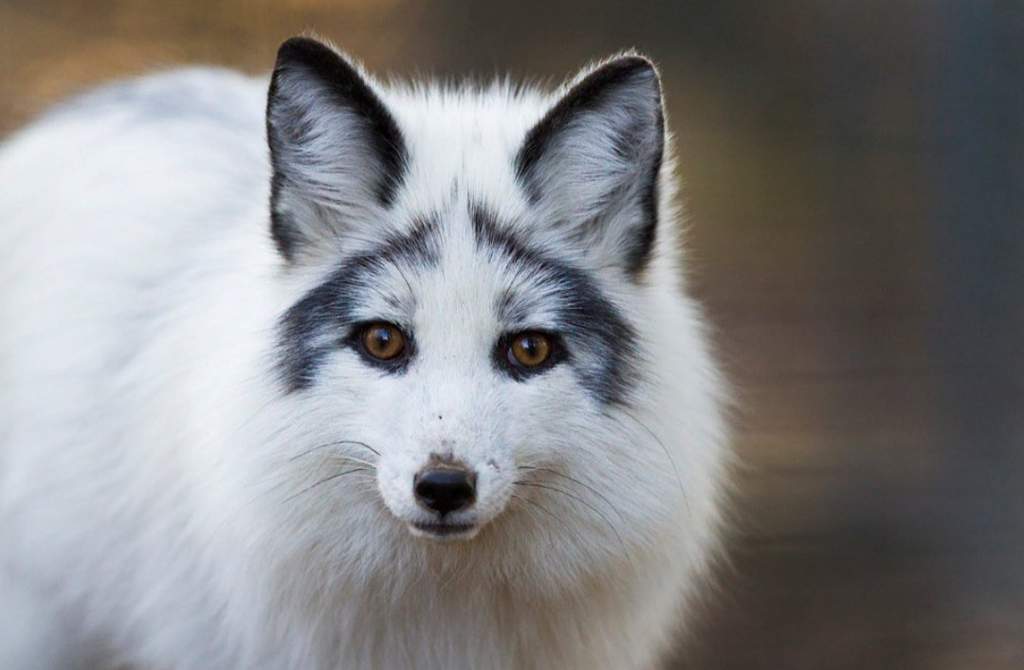 As we already told you that this is a crossbreed of the Red and Arctic Foxes; that’s why it’s pretty risky to keep them as a household pet. However, with some initial training, you can teach them many things.

This is how sometimes, or most of the time, the Canadian marble fox behaves. Below are the common temperament characteristics of this animal:

Sometimes they also fear humans, so it is advised to adopt them in the early stages and give them enough time to socialize.

These little creatures are full of energy, that’s why regular exercise is a must for them!

These foxes also require special training. So experts suggested at least two hours of walking or running outside for these foxes. This will make them happy and won’t bother you much at home as they have already dispensed much of their energy.

Here are some things you should do with your fox pet:

These animals are pretty flexible in their food choices. That’s why you can give them grain-free kibbles, meat, vegetables, or fruits. Only feed them twice a day or as per the instructions given by the vet.

What NOT to feed a Canadian Marble Fox: 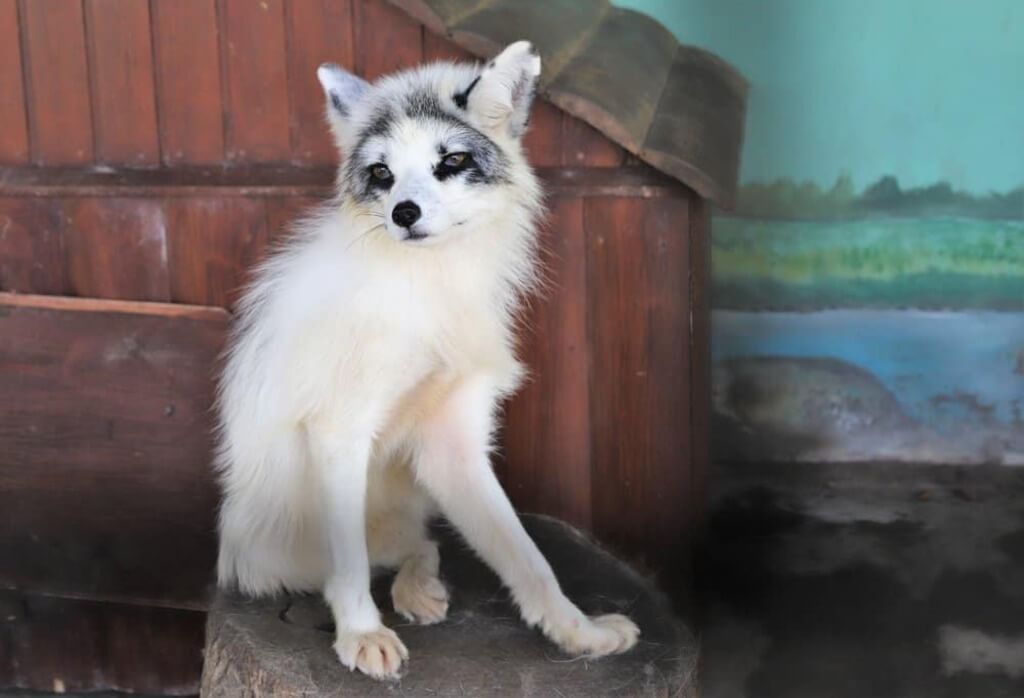 These fox cuties are clean animals; that’s why you don’t need to give them a regular bath. However, sometimes you can smell a foul smell due to their scent gland and urine.

This is a natural thing, so you can’t do much about it, but still, you can do a few things to remove the odor like:

Like other pets, these species also suffer from severe illnesses and diseases. Canadian marble foxes are highly prone to abies and distemper. That’s why you should vaccine them at the right time.

Some other diseases that the Canadian Marble Fox might acquire are: 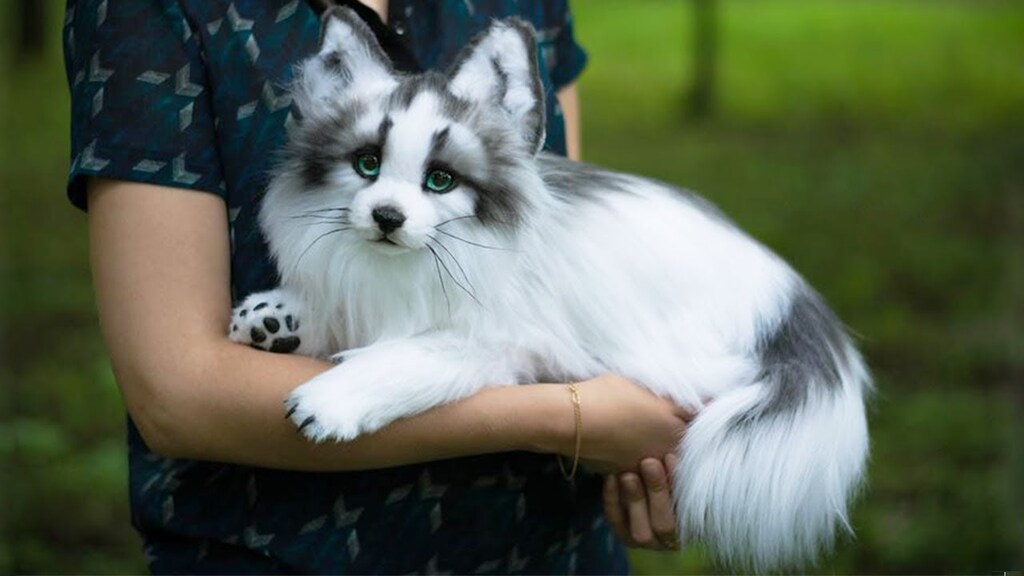 If you love this fox, you might be wondering how much does a Canadian Marble Fox cost?

These foxes are hard to find as there are not many breeders of this animal variety.

It is difficult to state the exact price of the Canadian Marble Fox because there aren’t many breeders of this animal variety. However, there are many hidden expenses that you are not aware of while adoptting a dog.

The pricing is many different according to their marbling and overall quality. This also depends on the breeder’s reputation and the parent fox’s lineage.

So, where to buy a Canadian marble fox?

Finding a legal Canadian Marble Fox cat for sale is not that easy. You may encounter some illegal breeders who breed this variety to sell them at a high price.

Below are some known reputable farms/breeders where you can buy your Canadian Marble Fox:

Now you know the nature of Canadian fox, exercise, food habits, and where to buy/adopt Canadian Marble Fox, but what about its authority? Means do you know whether this fox breed is legal to own or not?

Yes, it is illegal to own a fox in many countries and states.

Want to know whether it is legal in your state/country? Scroll down!

Canadian Marble Fox: Legal or Not?

Below is the list of states where It’s currently legal to own a fox:

So if your state comes on this list, it’s a green flag for you. You can go ahead and purchase a cute Canadian fox. Now let’s move on to some of the most amazing facts about this unique pet.

See, marble foxes are an intriguing type of animal, and raising these animals is not an easy task!

I know they look extremely adorable with their white fur marble-colored tails, but many experts don’t suggest keeping them as pets. That’s because they’re wild animals, and they are meant to live in the wild, not as stay-at-home pets.

We’re obviously not discouraging you, but you should be both mentally and physically prepared to become a fox parent. Make sure that it is legal in your area, state, or country. Always purchase it from a legal breeder, and also, you should well know how to care for this wild little animal.

You can also opt for other dog and cat species similar to the Canadian marble fox cat like the Finnish Spitz, Somali cat, Japanese Spitz, and Shiba Inu.

I hope you have enjoyed reading over this in-depth Canadian Marble Fox Guide and getting all the information. If you have learned something new and fascinating from this blog about this mixed breed, please share this blog on your social media pages and also with your friends and family.