The pocket pitbull, also known as the miniature pitbull or pocket bully is the compact version of the American pitbull terrier. They are a hybrid of Patterdale terrier and American pitbull or the Staffordshire terrier hence it is also known as Patterdale terrier pitbull. This little breed of dog weighs 11 to 22 pounds with the females weighing a bit less than the males. They have all the desirable traits of an American Pitbull. The pocket pitbull has a height between 12 to 16 inches as they are a teacup breed.

If you want a teacup breed in your home then visit https://foufoupuppies.com/

The mini pitbull is a perfect dog for you if you are looking for the amazing qualities of a pitbull but prefer a dog of a smaller size. 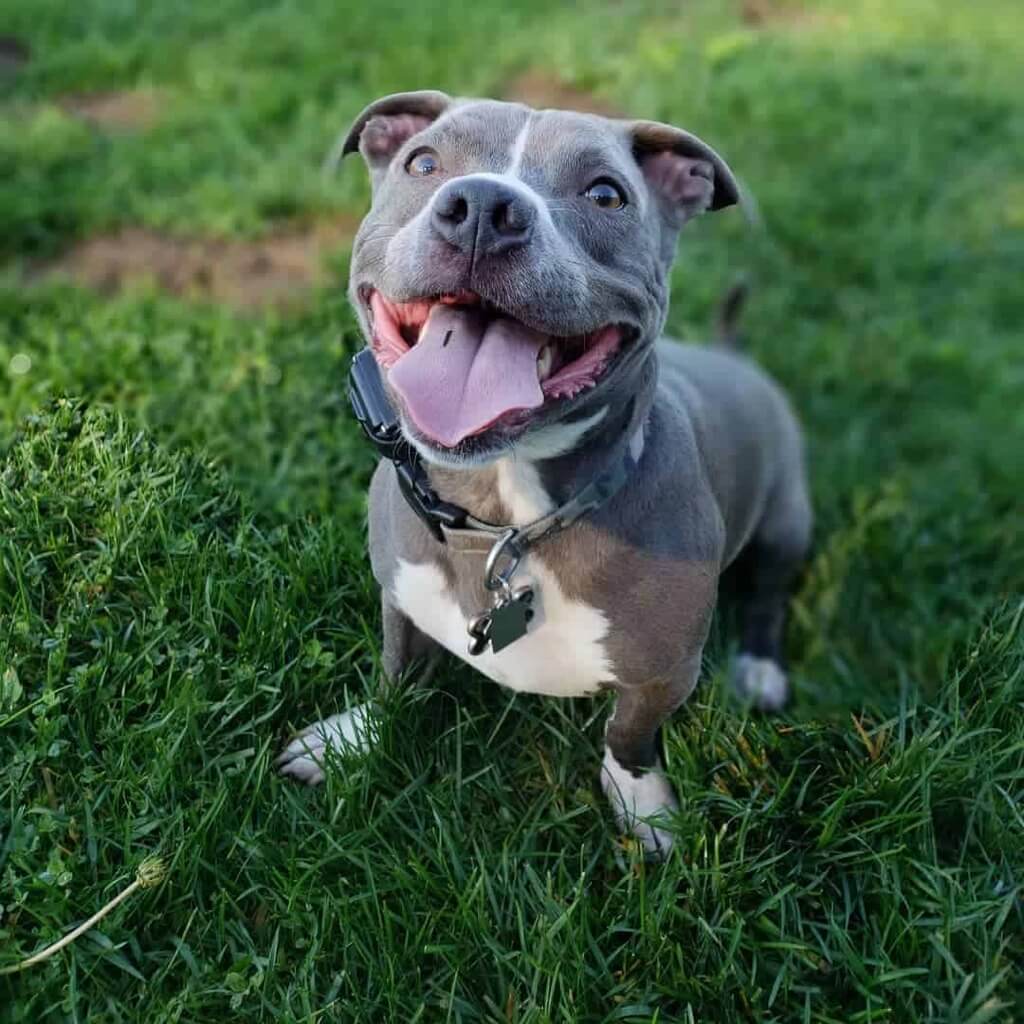 The mini pitbull terrier is a comparatively new breed and hence it is not yet registered by any of the recognized kennel clubs. There is no evidence to trace back the creation of this breed but since the 19th century, they have been purposely bred as there’s a growing interest in this breed.

What Makes Them the Way They Are? 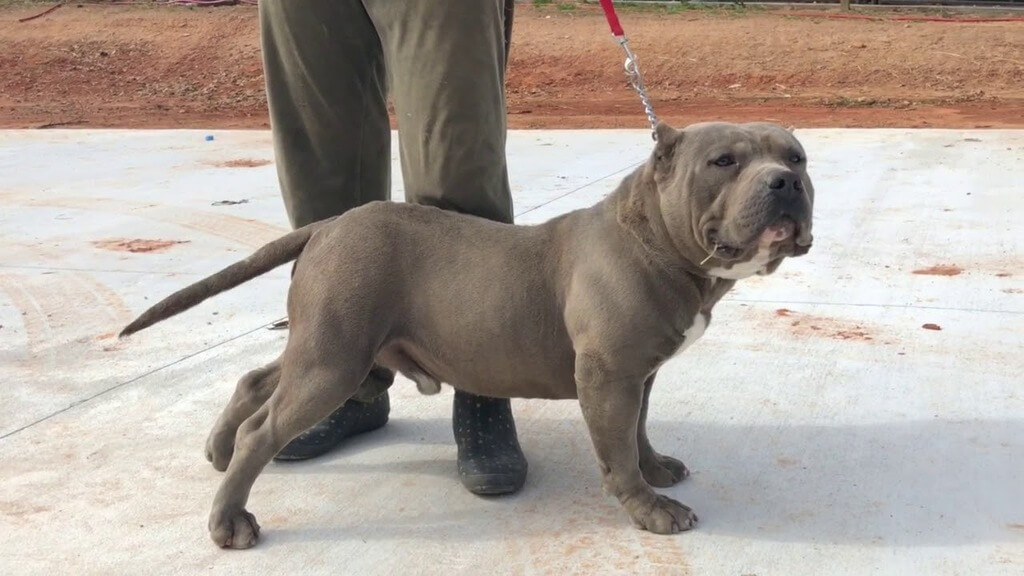 They get their height from their Patterdale parents. If their height goes above 14 inches, they are considered a normal-sized pitbull. During breeding, the mom is mostly the pitbull and the dad is usually in the form of a Patterdale terrier. They can possibly have a more likeliness to one of the parents.

Their multigenerational breedings must be avoided as it puts them at a higher risk for various genetic issues and thus you must only get them from a reputable breeder.

Temperament of the Teacup Pitbull and Exercise Requirements 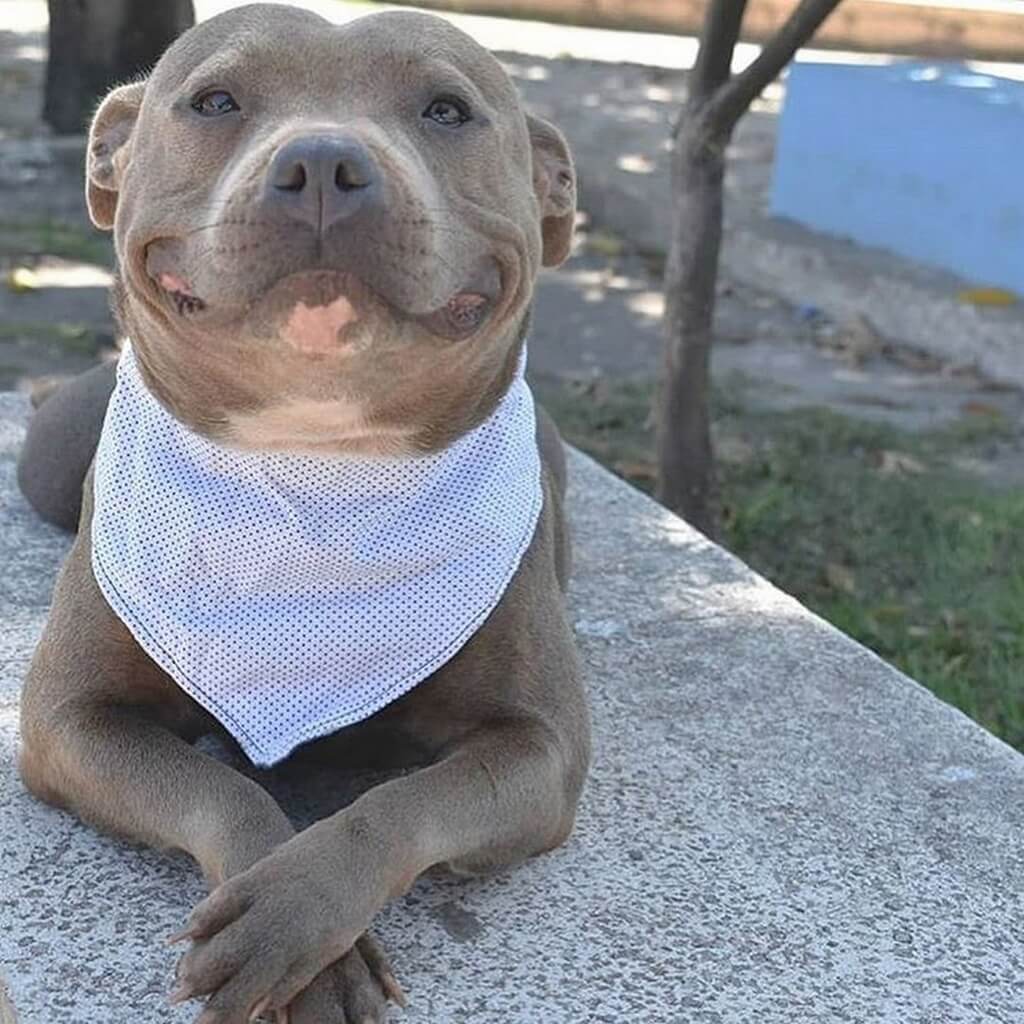 The mini Pitbulls are an extremely loyal and affectionate breed of dogs. They are highly intelligent and friendly which makes them easy to train. These dogs are energetic, active, and confident and thus, require mental and physical stimulation to stay healthy.

The miniature pitbull or the pocket-size Pitbulls tend to take the roll of a pack leader, hence early socialization is necessary. Properly trained mini pitbulls gel with children as well as other pets in the house.

They are energetic dogs which makes them suitable for active families and not the ones following a sedentary lifestyle as not enough stimulation can push them to boredom which ultimately becomes a cause of barking and destruction. They need regular exercise and daily walks to stay happy and healthy.

Patterdale terrier Pitbulls are protective in nature just like their true-bred pitbull parent and thus make good watchdogs and guard dogs. The notion that Pitbulls are an aggressive breed of dog is far from true. They are nothing but loyal and affectionate towards their family.

Sometimes, the Mini pitbull terrier can inherit the prey drive from their Patterdale terrier side. But it can be easily fixed with some training. 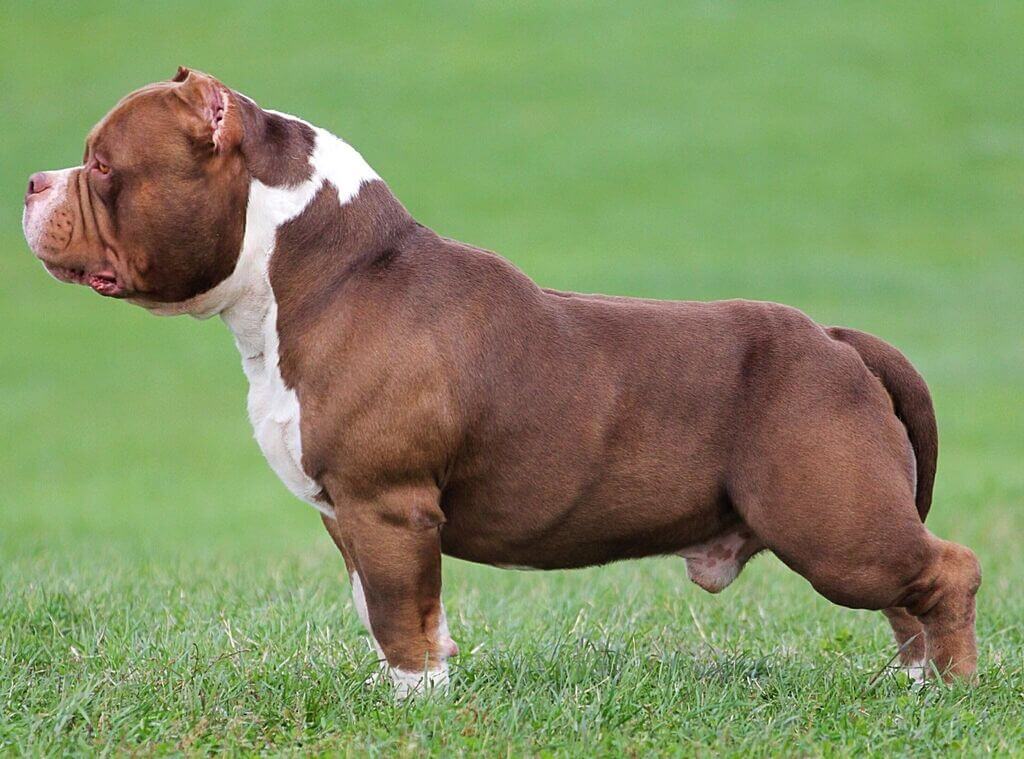 The pocket pitbull puppy takes around 2 to 3 years to mature and usually resembles its pitbull parent but this can differ at times. As the name suggests, they are a breed of small, compact dogs that are muscular with a low, wide chest like the American pitbull.

They have a thick neck with a large head whereas their legs are short and muscular. They are a brachycephalic breed of dogs. It means they belong to the flat-faced category of dogs which may predispose them to certain respiratory issues.

The miniature pitbull has floppy ears that are set wide apart and its tail is thin and of medium length. The coat of these dogs can resemble either of their parents. They either have wiry hair with a dense undercoat like the Patterdale or a short, smooth coat with no undercoats like that of the pitbull. They usually have a short coat.

The coat colour of teacup Pitbulls ranges from red-blue, tan and tan, tan, fawn, black brindle, chocolate, white and seal, and buckskin. They can either have a solid-colored coat or show markings.

The micro bully pitbull usually has a smooth, short coat that requires brushing once a week to get rid of dirt, loose hair, free tangles and increase the blood circulation to the skin. You can bathe them once a month or when you deem it necessary depending on how dirty they get.

Their teeth must brush regularly using a finger brush or a soft bristle brush with dog-friendly pastes to maintain oral hygiene and avoid plaque build-up leading to periodontal diseases. You can also provide dental chews for the same.

Their nails must be trimmed regularly too as overgrowth can lead to pain and abnormal gait.

Some of the genetic concerns related to this breed are as follows: 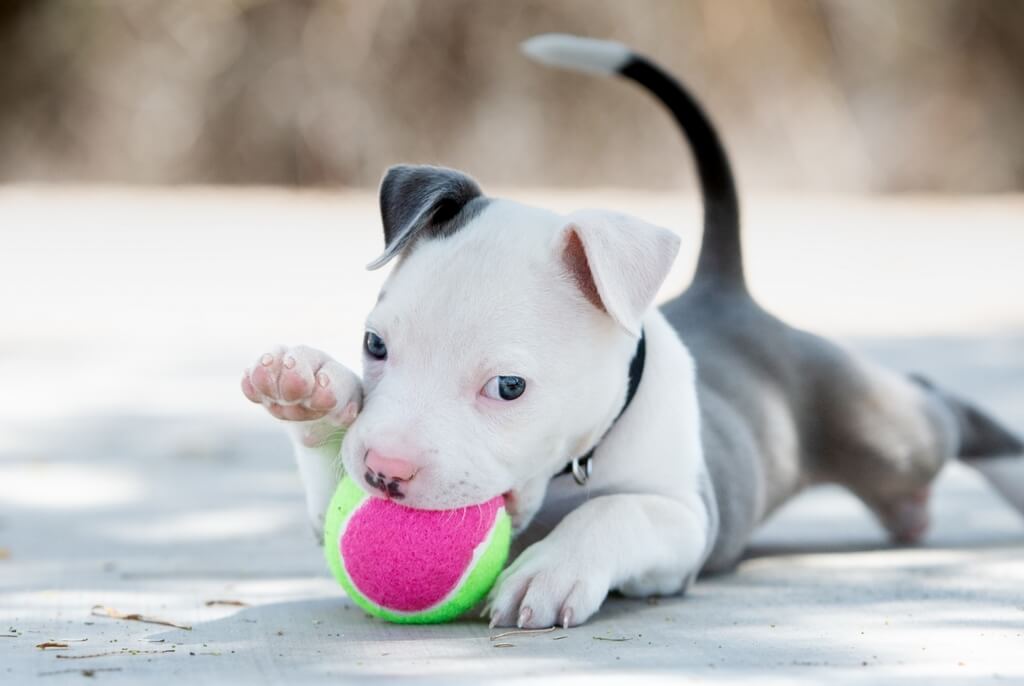 Pocket pitbull puppy or miniature pitbull puppies tend to become independent as they grow and hence their training should begin early on. They need a firm hand at training in order for them to not take the alpha position in your family and disobey your commands.

Being an intelligent breed, miniature pitbull puppies are fairly easy to train for obedience. They are also quick to pick up on house-breaking also known as potty training.

A Pocket pitbull puppy must be socialized early on for them to get comfortable around humans as well as other animals. This also helps the miniature pitbull puppies with physical and mental stimulation.

Pocket pitbull puppies are known to be smart and energetic. 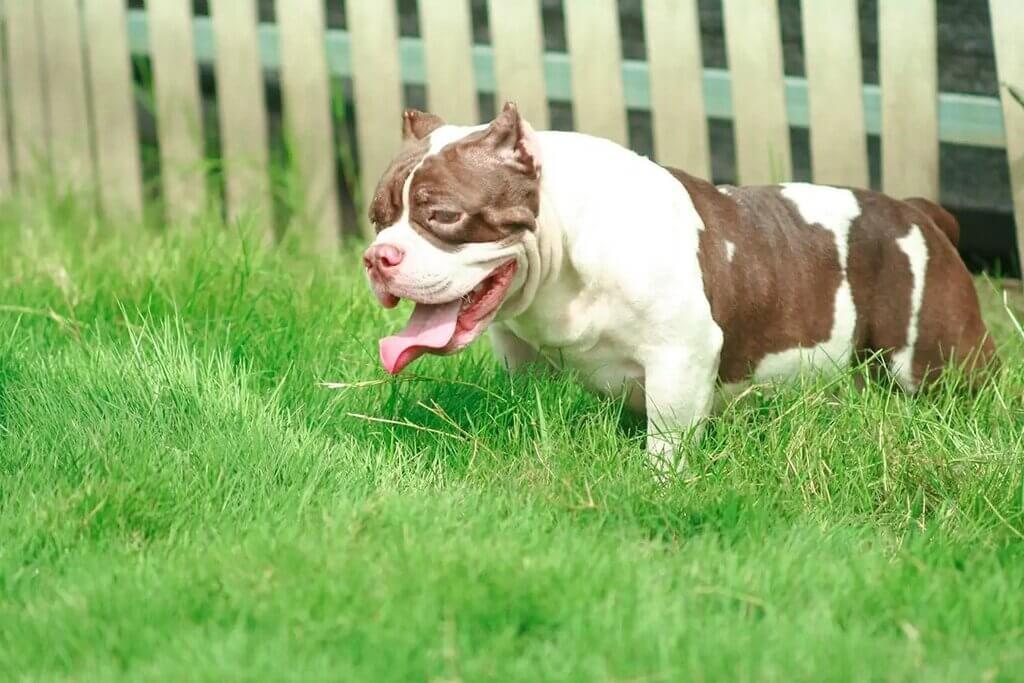 Pocket Pitbull price ranges from 1500$ to 2500$ depending on the location, quality of breeding, pedigree, etc. We recommend you always buy from a reputable breeder as they breed carefully to avoid inheritance of genetic issues in the puppy and produce better quality litters.

The pocket pitbull price is pretty high as compared to their parent breeds which are Patterdale terrier and American pitbull. There are very few breeders that breed miniature pitbull puppies and comparatively high demand for these dogs. Know here more about American Bulldog Vs Pitbull Terrier.

These are perfect dogs for people who want a pitbull but do not have enough space for the large variety. This tiny ball of fur is the personality of a large pitbull packed in a small dog. They are so loving and friendly that they fit well with any kind of family.

Before getting a mini pitbull make sure you can meet the basic requirements to keep this baby happy and healthy. They’ll prove to be an amazing addition to your family.

Make sure to check the breed related laws and restrictions in your area before getting a pitbull as pit bulls; as well as dogs related to them, fall under breed-specific laws around many countries in the world.